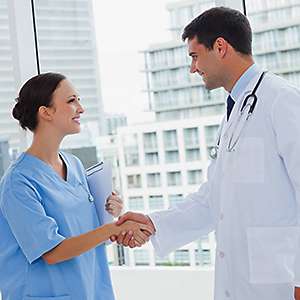 Florida must find a way to attract more young doctors to the sunshine state to meet the needs of our growing population and aging physician workforce. One of the most effective ways to induce young doctors to Florida is through the Graduate Medical Education System (GME), commonly referred to as a residency.

According to a 2014 study by the Florida Office of Program Policy Analysis & Government Accountability, approximately 47 percent of physicians either stayed in or returned to the state where they completed their most recent GME. This number jumps to 66 percent when those physicians completed their undergraduate and graduate medical education in the same state. Moreover, from 2000 through 2013, 74 percent of graduates from Florida medical schools who were matched and placed in a Florida residency program have an active medical license and practice in the state.10

Currently, there are 53 accredited GME institutions in Florida, 44 of which are actively administering a total of 407 residency programs that have a capacity of 5,157 approved positions.11 For the 2013-14 academic year, Florida’s GME programs reported that 11 percent of available residency positions went unfilled,12 and that, of those programs reporting origin data, only 27 percent of GME residents graduated from Florida medical schools, showing a significant migration of young doctors out of the Sunshine State. Data indicate that this is not a new problem for Florida, although it may be getting worse. From 2000 through 2013, only 38 percent of medical students from Florida schools were matched with residency programs in the state, 11 percent more than in 2013-14.13

Because studies have shown that matching students to a residency program within the state where they pursued their medical education is strongly correlated with a doctor choosing where to practice, there is a tangible benefit to keeping our own medical school graduates in the state. Florida could also benefit from expanding the amount of residency positions for high-demand sectors of health care, such as Psychiatry, General Surgery, Radiology, and Endocrinology, which are among those projected to have shortfalls in Florida in the future.14

» NEXT PAGE: Conclusion -- and about Florida TaxWatch

More than just Floridians’ personal well-being, health care and doctors are vital to the state’s economic well-being. Moving forward, Florida needs to take proactive steps to ensure that the state’s health care needs are being met by incentivizing and allowing for more GME programs, and encouraging Florida-based residents to stay in the state.