Jerry Uelsmann is a 'Florida Icon' 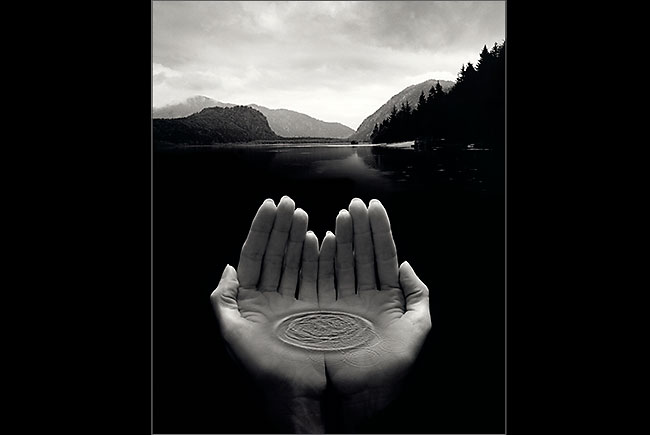 » If I have an agenda, it’s to amaze myself.

» Early on, when I showed my photographs to photographers in New York, one of the comments I consistently got was, ‘This is very interesting, but this is not photography.’ That’s because my images were not camera-conceived images. It was the decision of the camera that was primary then, and that’s what I was sort of challenging. As long as I was in the context of fine art, there was support. It was the photography world that was not so sure. But after I had my one-person show at the Museum of Modern Art in 1967, all kinds of doors opened in terms of acceptance of what I was doing.

» My father was an independent grocer. After school, I’d help him in the store, which introduced me to hard work. In those days, people would call and say, ‘Can you bring by a dozen eggs?’ and I was the kid who’d go to them pulling a wagon.

» I have a friend who likes to date younger women because their stories are shorter. Old men like us, our stories are longer.

» I got involved in photography in high school, and in retrospect it helped me socially. I was overweight and shy, but if I photographed for the school newspaper, I could give people pictures. It gave me a basis of interacting.

» The day I figured out I could go into the darkroom and blend this tree into this building, that was a leap of faith. You strive for those kinds of moments.

» When you see any 19th-century picture with clouds in it, that’s a combination print because the material was so blue sensitive that when you photographed for tones in the landscape, the sky would be white. You’d have to do a second exposure of the clouds and print that in later. So, for technical reasons and then later for aesthetic reasons, there’s a whole history that’s been kind of ignored of people manipulating photographs. Today, nearly all of the people manipulating photographs are using Photoshop. There might be a few still doing things like me in the darkroom, but I feel pretty much alone.

» When I was a student at the Rochester Institute of Technology, one of my teachers was Minor White, who spoke of the camera as a metamorphosing machine. It opened all kinds of doors for me in terms what photography could be.

» I don’t like things that are too casually done. I’d rather see that this person has some technical skills to support the work they are creating.

» I’m a big fan of the blues, and I used to be blasting blues away in the darkroom. Now, as I get older and some of my images are getting more complex, I can’t blast the blues anymore because it makes it harder to concentrate and remember what’s in each enlarger.

» The thing that I tell people — and students never like to hear this — is there’s sort of a way in which quantity produces quality. You produce enough images and then you edit back to the ones that rise above.

» The camera basically is a license to explore.

» I got restless with trying to have the primary creative gesture being when I clicked the shot then going in the darkroom, where there was more or less a prescribed ritual that you followed to make a print. The painter, the sculptor, the printmaker, they go into a studio to work on their images. There was a point at which I felt my darkroom became my studio and allowed me to explore visual options.

» If you talk to writers, people in the arts or music, there’s a point in which you get to the fringes of your own conscious understanding and things begin to happen. You have to sort of intuitively go with it.

» The darkroom to this day — even though the computer world has emerged — has an alchemy aspect for me. It’s magical watching an image come up in the developer. I’ve spent so much time in the darkroom that it’s a part of me.

» My wife, Maggie, is a digital artist. She’s an expert in Photoshop, but I don’t use it. The learning curve for Photoshop is huge. The advantage that Maggie has is she got involved very early, when the manual for Photoshop was like 20 pages. Now, it’s like a phone book.

» The simple act of having a camera, not a cell phone, but a camera-camera, there’s a kind of a heightened perceptional awareness that occurs. Like, I could walk from here to the highway in two minutes, but if I had a camera, that walk could take me two hours.

» Florida affects my work. It’s a strange environment. The trees. The plants. The Spanish moss.

» A lot of times I’ll go to bed and the next morning I’ll think, ‘You know, a different cloud in that image might look better,’ and I do it. Why? Because art cannot afford compromise. Why would you compromise on this thing that’s coming out of you?

» When the word processor first came out, was there a glut of fine literature? No way. So, we have the digital world now, but it’s not like suddenly there’s better art. It’s the image that still counts.