Cott Corp. is King of Pop

Making sodas for big chains like Walmart and Publix may not be the sexiest business in the world, but Cott Corp. has gotten very good at it.

By the turn of the century, Cott, which is headquartered in Tampa, had become the largest producer in the nation of private-label soft drinks — the beverages that supermarkets offer under their own labels at big discounts to name brands such as Coca-Cola, Dr Pepper and Pepsi.

At Walmart, Cott supplies beverages under multiple names, including Sam’s Cola and Dr. Thunder for as little as 84 cents for a two-liter bottle, about 35% less than name brands. The company’s name is nowhere to be found on the labels.

Cott had enjoyed double-digit revenue growth between 2000 and 2004, but its stock price began declining under CEO John Sheppard, a former Coca-Cola executive who left after two years at the helm. In 2006, the company replaced him with another Coca-Cola veteran, Brent Willis, who has a background in marketing and lots of enthusiasm.

Willis’ arrival — and his new strategy — jolted Cott, a media-shy firm known for a steady, quiet style long on results and short on flash. While it’s the largest private-label drink maker, Cott is tiny compared to giants Pepsi and Coke. Without the brand-name loyalty those firms enjoy, it essentially must compete on price — Cott’s margins suffer if the giants engage in a price war or if raw materials prices for sweeteners, bottles or cans increase.

“You have to ask yourself: ‘Where is the money and where is the growth?’ ” says Willis. “You want to have access to more profitable categories.”

Willis says Cott began developing its own line of low-price drinks — “control brands” — that stores could sell exclusively. One was a sports drink called GL-7; another was a tea called Orient Emporium. Cott even tested vitamin-enriched water for dogs that came in flavors such as peanut butter.

Willis also tried to make over Cott’s staid corporate culture. He says he hired 50 top-level managers and consolidated management offices in Tampa. He opened a less expensive 60,000-sq.-ft. headquarters in 2008 with painted murals, no cubicle walls, foosball and table tennis and a meeting room shaped like a can. “I just tried to get the company to be more open and candid,” he says.

Willis’ strategy quickly hit turbulence. The move into Cott-branded teas and juices required agreements with new distributors. Walmart, however, demanded exclusive distribution agreements — no additional middlemen — with its suppliers. At one point, Walmart, which accounted for almost 40% of Cott’s sales at the time, cut shelf space for Cott beverages and ended its exclusive supplier agreement.

“That almost killed the company. They lost their way,” says Sheppard, the former CEO.

Cott’s moves also coincided with a price war between Coca-Cola and Pepsico and a worldwide rise in the cost of commodities that ate up Cott’s margins.

Cott endured a string of six unprofitable quarters. By the time its stock price had fallen from $15 to below $2 a share in March 2008, Willis was out, less than two years after he was hired.

Willis blames timing; others fault the strategy. “I’m sure I tried to do too much too soon,” Willis says, blaming a “failure to communicate” his strategies. He now runs multiple businesses, including Liberty Ammunition, a lead-free ammunition company in Clearwater.

Beverage Business Insights editor Gerry Khermouch says Willis “was doing that ‘we’re a high-tech, free-wheeling gang of entrepreneurs’ thing. He really put his heart into it. Unfortunately, Cott is not that kind of company.”

After Willis left, private equity firm Crescendo Partners bought 7.5% of the company’s shares, earning four seats on the board that it still has today. But profits were still hard to come by. At the end of 2008, the New York Stock Exchange threatened to delist the company when its share price sank below $1.

The next year, Cott picked a new CEO: British-born Jerry Fowden, who had overseen the company’s international division. Fowden refocused the company on its core business — traditional private label drinks — and rebuilt the company’s relationship with Walmart, analysts say.

Instead of going for attention-grabbing new brands, Fowden focused on operational changes that could save the company money, such as installing bottle-blowing machines at its manufacturing facilities. Fowden has a “relentless focus” on taking costs out of the system, Khermouch says.

Fowden didn’t completely abandon Willis’ ideas about diversifying. Cott now makes a majority of its money from non-soda drinks. A quarter of the company’s revenue comes from juices, thanks to the 2010 purchase of private label juice manufacturer Cliffstar for $503 million and $14 million in deferred compensation. (Cliffstar also can earn more for performance.)

Cott’s stock price has rebounded a bit to $7, but the company isn’t entirely out of the woods. Coca-Cola and Pepsi have raised their prices, giving Cott room to raise its prices as well. But the rising costs of apple juice concentrate and the resin used to coat aluminum cans is hurting the company.

Former CEO Sheppard questions the Cliffstar acquisition, which he says has left the company with $600 million in debt. “They have burdened themselves with debt,” he says, though one analyst says the company’s ratio of debt to cash is within its historical average.

At a sparsely attended shareholders meeting in Toronto in early May, Fowden detailed the company’s plans for 2012. The presentation was vintage Cott — a dry, focused, unflashy pledge to “gradually restore margins through operating efficiencies.” No one from the audience asked questions.

Khermouch says private-label beverages are “a very unsexy part of the business. You are just putting sugar and water together. How hard can it be?” Plenty hard, he answers. “There is a fair amount of magic to what Cott does and now has mastered pretty well.” 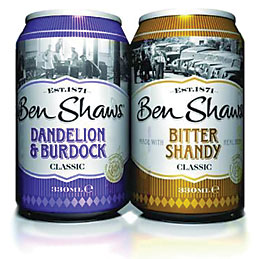 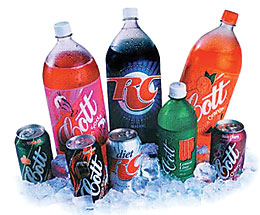 2002: After trading on Nasdaq since 1992, Cott moves to the New York Stock Exchange and expands into Mexico. 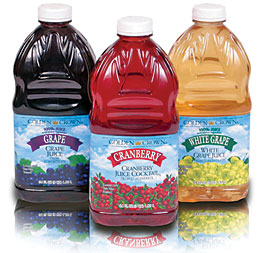