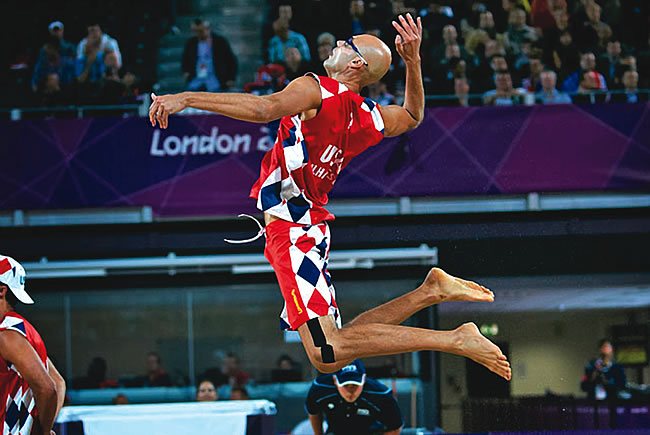 The state was well represented at the 2012 Olympics in London, where 29 Florida athletes competed and brought home nine gold, four silver and two bronze medals.

Phil Dalhausser, 32, Ormond Beach
Beach volleyball
9th place
Notable: Dalhausser, who won a gold medal in 2008 in men’s beach volleyball, worked for a concrete company and a short time for a firm that painted stripes on Florida highways.

Hunter Kemper, 36, Longwood
Triathlon
14th place
Notable: Kemper was the first professional triathlete to be featured on a Wheaties cereal box in 2007.

Emil Milev, 44, Tampa
Shooting (rapid fire pistol)
Made it to the second round

Paige Railey, 25, Clearwater
Sailing
6th place in the one-person dinghy
Notable: Railey is a 2010 graduate of the University of South Florida with a degree in business management.

Brittany Viola, 25, Orlando
Diving
Advanced to semifinals of 10 meter platform
Notable: Viola was a former international elite gymnast but retired at age 13 because she did not want to move to train away from her family. She began diving in 2000. Her father is former Minnesota Twins pitcher Frank Viola.

Venus Williams, 32,
Palm Beach Gardens
Tennis
Gold in doubles
Made it to the second round in singles

Note: Cities listed were designated as athletes’ hometowns, according to the U.S. Olympic Committee.