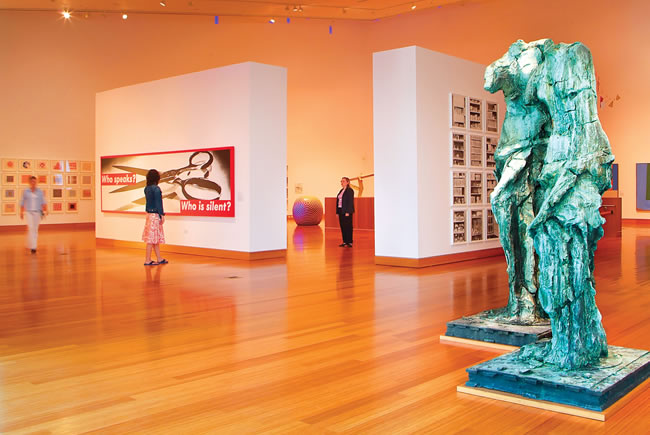 North Central at a Glance

Demographics for the North Central region can be found at Business Florida's interactive map of Florida.

Home to the University of Florida — the state’s largest and most research-intensive public university — North Central Florida bustles with innovative ideas and entrepreneurial activity. Known for its competitive cost of living and abundance of natural resources, this region offers a highly skilled workforce and plenty of support for emerging companies.

A well-developed transportation network ensures that businesses, especially those engaged in distribution and manufacturing, have easy access to vital markets. Two of Florida’s major interstate highways — I-75 and I-10 — intersect in this region, which is also served by multiple other roadways, rail systems and commercial airports as well as the deepwater ports of Jacksonville, Fernandina and Tampa. In Marion County, where U.S. 27 and I-75 come together, the firm Ocala 489 is developing a 500-acre commerce park that will include a new rail spur tied to what is expected to become CSX’s main freight line through Florida.

Highly educated, well informed
North Central Florida’s labor force is among the state’s most highly educated. Nearly 44% of Gainesville residents have a bachelor’s degree or higher; in 2011, the city was ranked 8th on Amazon.com’s list of “most well-read cities in America” based on book, magazine and newspaper sales.

Strong work ethic
These workers are highly committed, too. In 2011, Parade magazine rated Gainesville No. 6 on its list of “America’s 25 Hardest Working Towns,” noting that residents here work more hours a week and score higher than the national average on willingness to give up personal time for work.

Agribusiness
• Alachua-based Pasteuria Bioscience has entered into a licensing and distribution agreement with Swiss agritechnology giant Syngenta for all of its existing and future turf grass products. The agreement includes Econem®, an environmentally safe sting-nematode control product introduced in 2010 for the golf and sports turf markets, and products to treat nematode pests in soybean, sugar beets, cotton and specialty fruit and vegetable crops that are currently under development at Pasteuria.

• In January 2012, partners Buckeye Technologies and the University of Florida Institute of Food and Agricultural Sciences officially opened The Stan Mayfield Biorefinery Pilot Plant in Perry, where researchers are testing a variety of feedstocks, including crop residues and yard waste, to determine suitable sources of cellulosic biomass to make ethanol.

Entrepreneurial Support
• Billed as a “super incubator,” Florida Innovation Hub is attracting interest from scientists, entrepreneurs, inventors, investors and students in fields as diverse as agriculture, engineering and biotechnology who are looking to turn their ideas into marketable products. In addition to office and lab space for more than 20 emerging high-tech companies, this 48,000-sq.-ft. facility houses the University of Florida’s Office of Technology Licensing and UF Tech Connect®, its main commercialization offices. Innovation Hub is just one of many buildings beginning to take shape at Innovation Square, a 24/7 live-work-play environment strategically positioned between downtown Gainesville and the UF campus offering an anticipated million square feet of offices, laboratories, restaurants, stores and housing, all of which will feature ultrahigh-speed connectivity.

• As one of 30 U.S. research universities participating in the nationwide Gig.U initiative, UF is partnering with Gainesville Regional Utilities to offer business and residential customers in Innovation Square access to gigabit broadband connections up to 100 times faster than standard DSL and cable services.

• In February 2012, Ocala opened its first business incubator with two high-tech resident companies: Ocoos.com and Digital Fury. Housed in a renovated 1916 electric generation plant, The Power Plant is the start of what this city hopes will become an “innovation campus” in the heart of downtown. To that end, work has begun on a neighborhood park and improved street lighting.

• Shands Hospital at the University of Florida - Gainesville

Natural beauty
Inland and along this region’s Nature Coast, an abundance of lakes, rivers, trails and natural springs await “ecotourists” of every age. Paddle along the scenic Suwannee and Withlacoochee rivers, venture into 31,000 acres of wetlands accessible only by boat at Waccasassa Bay Preserve State Park for a glimpse of bald eagles and black bears or step back in time at Cross Creek to see the cracker-style cabin where writer Marjorie Kinnan Rawlings penned her Pulitizer Prize-winning novel The Yearling.

Hankering for clam chowder?
America’s best can be found on Cedar Key at Tony’s Seafood Restaurant, member of the Knorr Great Chowder Cook-Off hall of fame. Cedar Key has become one of the top producers of farm-raised clams in the nation, with an estimated 150 million clams harvested from the Gulf of Mexico each year.

Healthcare
HealthSouth Corporation broke ground in November 2011 on a $21-million, inpatient rehabilitation hospital, the first of its kind in Ocala. Slated for completion in late 2012, the 40-bed facility is expected to generate 112 new, full-time jobs.