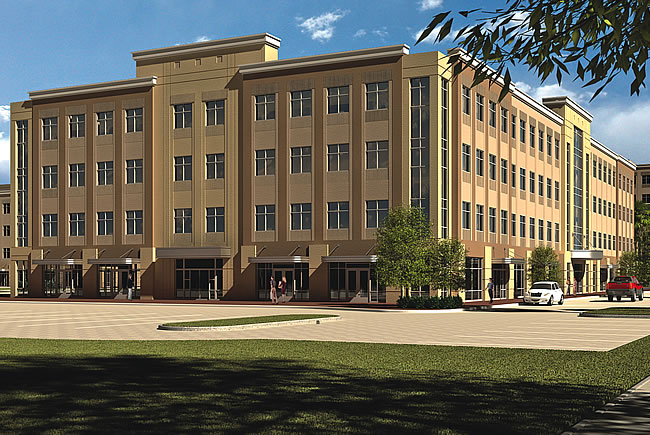 In 2010, Brazil’s Megastron took Mayor Buddy Dyer’s advice — offered on a trip to that country — and went ahead with the first of four office buildings on land it owns in southwest Orange. Megastron already has leased out the top three floors of the four-story, 134,000-sq.-ft. building, and Cushman & Wakefield leasing agent Betsy Owens says she has a proposal out for 100,000 square feet of a second Megastron building that will begin construction later this year. Says Owens, “The activity is much higher than anyone had ever anticipated.”

The rest of the county has been slower to recover, with vacancies falling gradually and many class A properties still in distress, says Cushman’s Anne Spencer.

Tenants also continue to have the edge in industrial and retail, though both sectors are improving. Amcor Rigid Plastics by itself shook the industrial market as it took over a 500,000-sq.-ft. Walgreens warehouse while building out its new plant. Pennsylvania-based Wawa convenience stores is entering the Orlando and Tampa markets with plans for 100 stores in five years.