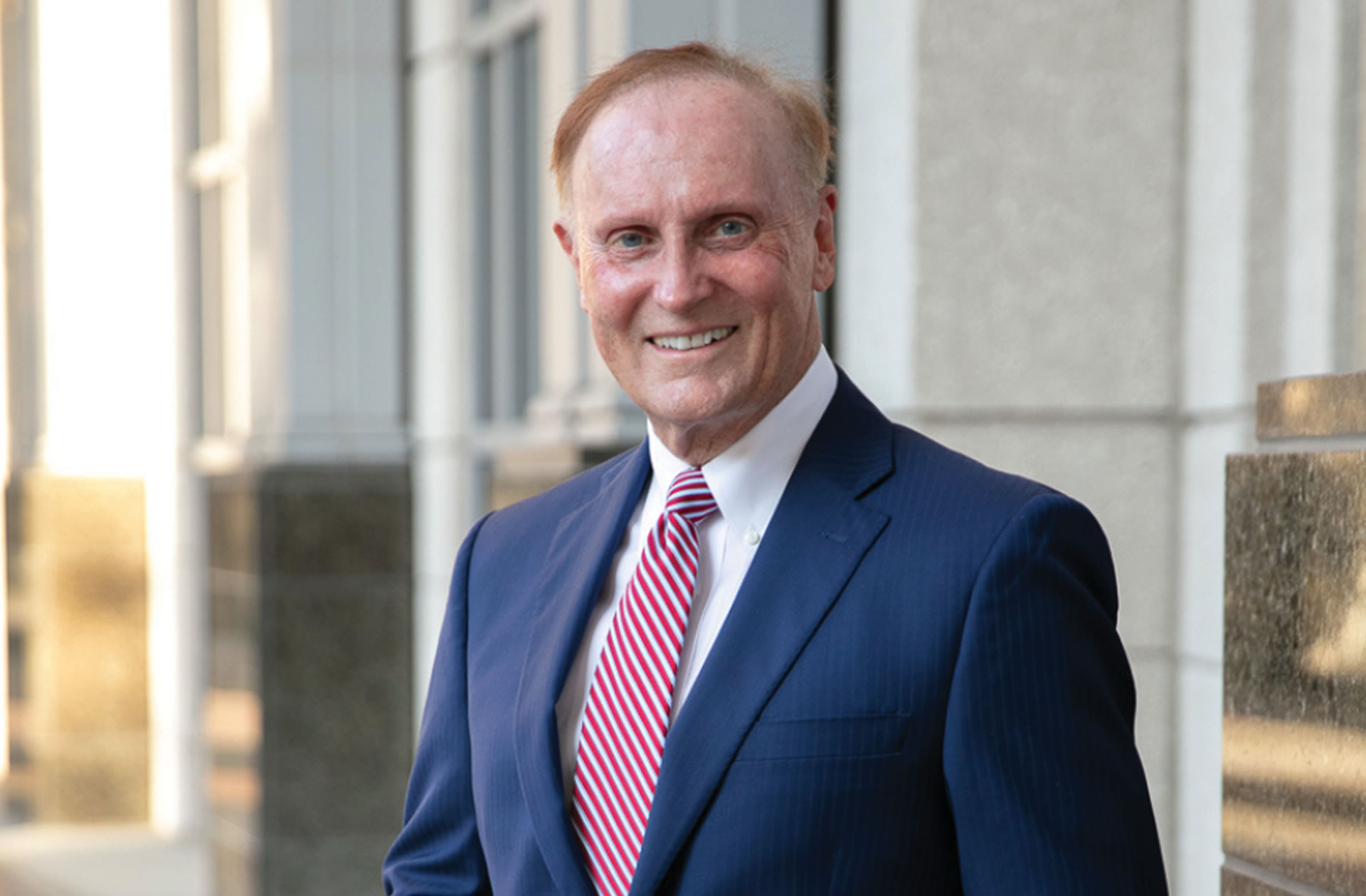 Accolades
David Simmons is Board Certified by The Florida Bar both as a civil trial lawyer and business litigation attorney; is certified by the National Board of Trial Advocacy in civil trial; and is AV-rated by the Martindale-Hubbell Law Directory. He spent eight years in the Florida House of Representatives and 10 years in the Florida Senate, where he ascended to Rules Chairman and President Pro Tempore, while maintaining an active trial practice.

Bio
David Simmons recalls the moment he knew he was meant to be a trial attorney. He was having lunch with a client mid-way through his first jury trial back in the early 1980s when the client asked how many trials Simmons had handled. Simmons had litigated many non-jury cases, but told his client this was his first jury trial.

“There was quite a surprised look on his face,” Simmons recalled. After the jury returned a verdict for his client and later applauded his handling of the case, “I knew I wanted to be a trial attorney.”

Since then, Simmons has won verdicts as large as $120 million - and the praise of jurors, judges and peers alike. He almost didn’t pursue law. As an undergraduate, he was first in his class in mathematics. Once in law school, he was named an editor of both the Vanderbilt Journal of Transnational Law and The Vanderbilt Moot Court Board.

The Tennessee native clerked for a Florida law firm and quickly realized he wanted to live and work here. In 1981, he and four partners founded his current firm; today, it’s one of Central Florida’s largest firms.

Looking around his office adorned with statues and portraits of his role model, Abraham Lincoln, Simmons says, “He stood for everything I aspire to be. I love the excitement of getting a result for a client that is truly righting a wrong.”

“There is no innate ability to try a case. It’s been said that the three keys to trial success are preparation, preparation, and preparation. I tell our attorneys, there is no great without the grind.”