It is the interest of the Florida Chamber of Commerce to advocate for keeping the state open for business, to keep people coming here and living here and spending as much money as possible. But even a group like the chamber knows it might have its work cut out for it in 2023. At the chamber’s annual Florida Economic Outlook and Jobs Solution Summit on Jan. 12, a virtual slate of financial experts, housing officials and workforce leaders discussed how a recession could impact the Sunshine State this year, as the Federal Reserve weighs further increasing interest rates to slow down inflation. More from the Tampa Bay Times.

The suspension of Brightline service in Fort Lauderdale exposed weakness in South Florida's rail infrastructure as a massive drawbridge spanning the New River in the city's downtown malfunctioned, diverting hundreds of commuters and tying up marine traffic. As expansion of rail service looms in the region, what must be done to modernize the system? More from the South Florida Sun-Sentinel.

In a bid to attract developers for affordable housing, Pinellas County could expand a program meant to encourage builders to invest in energy-saving features or ones that improve resiliency to climate change. County commissioners on Thursday directed staff to bring back more information on possible changes to its Property Assessed Clean Energy program. It currently allows companies to finance upgrades like efficient air conditioning and solar panels through an assessment on annual property tax bills rather than a conventional loan. More from the Tampa Bay Times.

Surfside Mayor Shlomo Danzinger traveled to Dubai late last year to meet with the developer hoping to bring ultra-luxury condos to the site of the Champlain Towers South collapse, an unusual trip for a small-town mayor that several town officials and victims’ family members said they knew nothing about. More from the Miami Herald.

In an uncommon move, Orlando Museum of Art has been placed on probation by a national accrediting organization in more fallout from last summer’s FBI’s seizure of works attributed to Jean-Michel Basquiat. But in other ways, things are looking up for the museum. Two new exhibits, each with significant contemporary resonance, are filling the halls. And the museum has received very public signs of support from friends in high places. More from the Orlando Sentinel.

Another celebration decades in the making!

At the recent 10-year celebration of Nemours Children’s Hospital, Florida in Orlando, an inaugural award was unveiled —The Robert D. Bridges “Elevating Children’s Health” Award. Fittingly, its first recipient was Robert D. Bridges, CPA, Executive Vice President, Chief Executive of Florida Operations, who will retire from Nemours Children’s at the end of 2022 after 24 years of service. The award will be bestowed annually to a community champion who shares Bridges’ vision and passion for pediatric well-being. [ Sponsored report] 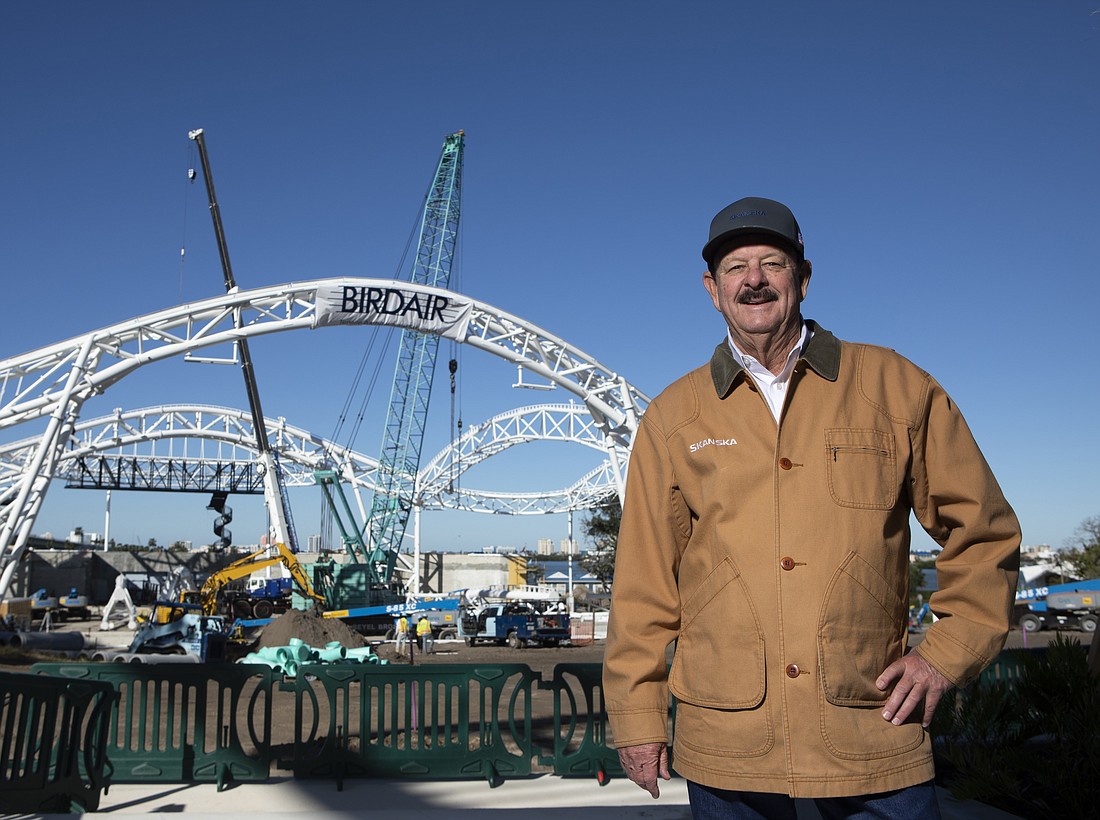 While it may seem like hyperbole to say this, the reality is that as the next several generations of Tampa Bay residents visit area parks in the coming years, and reap the benefits of growth in the area, they’ll have one company in particular to thank for the work. That company is Skanska USA, whose Tampa office is behind the construction of several of the largest public projects in the area, projects that are, or are expected to be, major catalysts for economic growth.