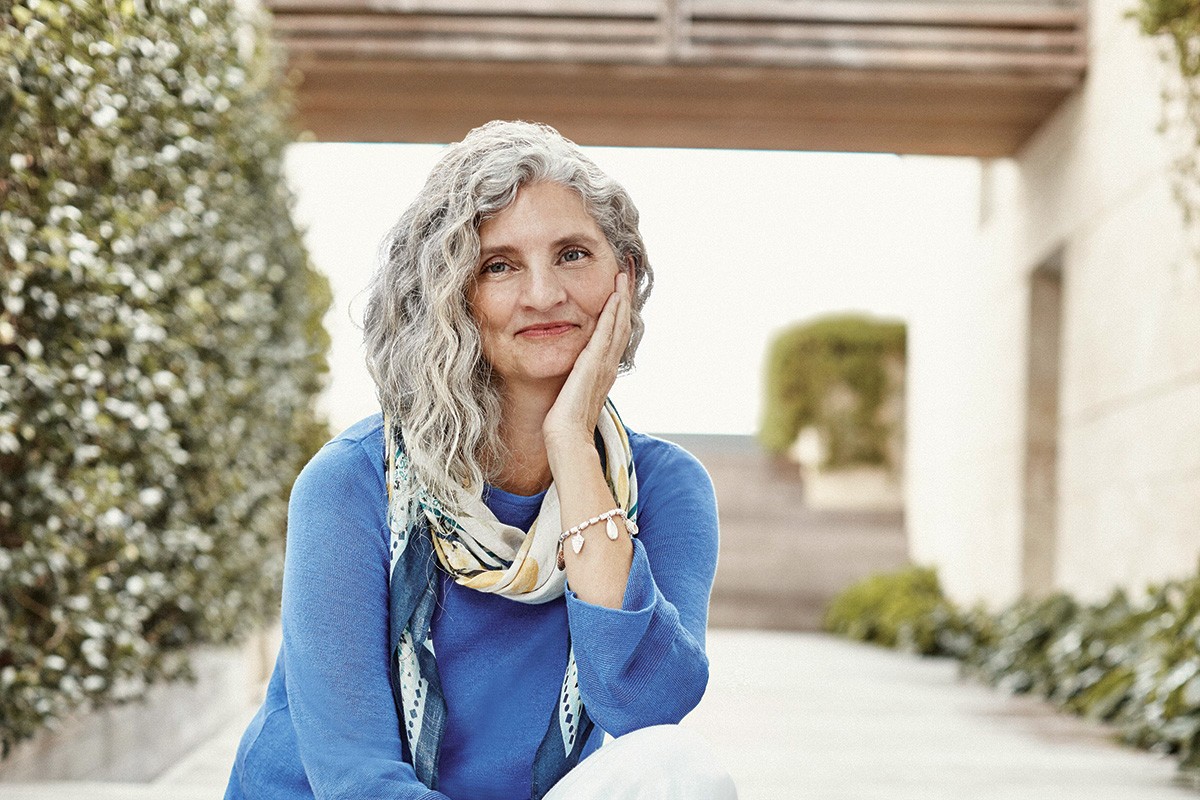 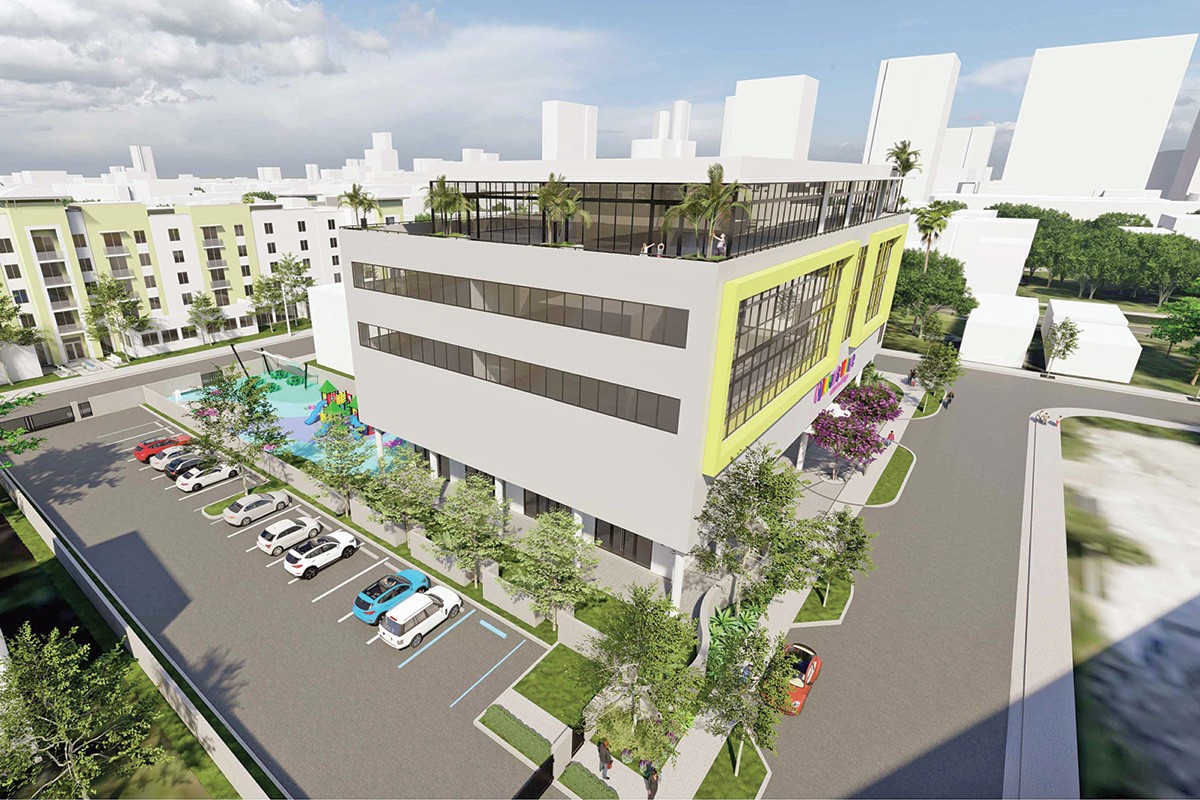 Lotus Village will include a five-story children's village with space for health care providers and legal services.

Constance Collins is among the women who are the risk-takers, barrier breakers and trailblazers shaping Florida.

Constance Collins is $6.1 million into a $20-million campaign to build a “children’s village” across from the Lotus House women’s shelter she founded in Overtown in Miami. The challenge of raising another $14 million doesn’t seem to weigh on her.

There were sleepless nights when she first founded her shelter — she chucked a seven-figure income and used a third of her net worth to open it — but not now, Collins says. She says, wryly, she’s generally too exhausted at day’s end to be kept awake.

Collins came to full time do-gooding down a circuitous road. A start came at age 13 when a friend’s family took her with them on a trip to New York City. Setting off to shop one frigid day, she saw a homeless woman bundled in layers digging through garbage. “It really stopped me in my tracks,” she says. “I wondered how any one of us could be happy when one of us was living like that. I guess she stayed with me all these years.”

A native of Detroit, Collins earned her bachelor’s at Trinity College in political science and her law degree at the University of Colorado at Boulder, where she was graduated “Order of the Coif” — the law honor society. She went right to work at a law firm in commercial real estate. In the mid-1990s, she joined a Starwood Capital unit, Starwood Urban Investments, based in Washington, for whom she was COO, CFO and general counsel. The unit bought up urban infill sites along the East Coast, including in Miami, and repositioned them. “It was a wonderful opportunity to learn about urban environments,” she says. In Coral Gables, around 2004, she visited a project the firm had invested in and saw a woman with mental health needs and no place to live bathing in the project’s fountain. Collins knew of no place of refuge or help for someone in that predicament. It was Collins’ defining moment. “If I cared about this issue, I needed to do something,” she says.

She decided to start a shelter. So as not to leave her firm without legal help, she introduced the firm to Miami attorney John Sumberg — “the best attorney I had ever run across in commercial real estate on a national level.” Sumberg inquired about her plans and instantly was won to her cause. She estimates he and his firm have done $1 million in pro bono work for Lotus over the years.

“She has this rare combination of the attributes and talents necessary,” says Sumberg. “She is brilliant. She has great commitment, and she has perseverance. She’s charismatic. She attracts tremendous support and buy-in from others and has assembled a great team. It’s really a lot of attributes.”

Collins tapped her assets and purchased a half-century-old apartment building, renovated it and in 2006 opened a women’s shelter she called Lotus House. “I did have a lot of sleepless nights in making that transition. That was a giant leap for me,” Collins says. “My learning curve was so steep it might as well have been straight up vertical.”

Early on, Collins says, she realized she had to establish a long-term funding model, a step non-profits often neglect as they struggle to meet daily needs. In 2016-17, her Lotus Endowment Foundation raised $28.5 million for what’s now called Lotus Village. Her model is private-sector funding of land acquisition and construction with a mix of funding for operations — about 65% from government and the rest from businesses, foundations, individuals and families.

The facility isn’t a barracks. Collins strives for the homey touch. The people it serves are “guests.” Lotus has been supported by more than $45 million from developer and art connoisseur Martin Margulies — “making him one of the largest human services donors in Miami-Dade County if not the state of Florida,” she says. Margulies is Lotus’ chief benefactor. He also was briefly married to Collins and shares her mission. He guaranteed the debt on the Lotus Village construction and, when he passes away, a legacy bequest will pay the debt off. Margulies also supplies Lotus with art from his collections.

About five years ago, Collins called Florida International University professor Paulo Graziano, an expert on treating families with problems, to enlist him as a collaborator on a grant proposal. An expert on early intervention for families with parenting issues, children with disruptive behaviors and ADHD, Graziano has been working with Lotus ever since, providing clinical training for its staff and researching how therapies work in the shelter environment. He has disseminated his research through published studies. It’s rare, he says, that shelters can provide an opportunity for researchers to advance the science of treatment. Generally, shelters are too busy and their clientele too short term to be able to cooperate in studies. Collins, however, has focused on evidence-based therapies and furthering the science. “It’s been a fantastic collaboration,” Graziano says.

What makes Lotus unique among shelters is providing the counseling therapies in-house, Graziano says, which makes it easier for mothers and children to get to sessions. Other shelters, busy with the basics of providing food and a safe place, refer families to outside counseling providers, who can be a challenge for families to visit regularly.

Of late, Collins has been developing a national organization for shelters. She wants to host a conference in 2023 to further best practices for shelters, establish a national standard of care, raise awareness and become a voice at the national level. She says touring shelters around the country as she builds that organization has convinced her Lotus Village is the national model. “I say we have the best women’s shelter in the country — with the deepest gratitude,” she says.

The coming children’s village — five stories, 75,000 square feet — will expand therapeutic space, add a playground and space for health care providers, legal services, after-school programs, summer camps and a pre-school not only for the shelter’s children but also for neighborhood kids — 2,500 children and youth at Lotus Village and the community.

She expects to break ground in the spring and be finished in 12 to 14 months. To do that, she needs to raise the rest of that money by early spring. She’s confident. “Our community has always been exceedingly generous in supporting our work,” she says.