A large swath of Florida’s Gulf Coast is under hurricane and storm surge watches Monday from Hurricane Ian, which whipped up overnight and is expected to turn into major storm as it heads toward a potential first landfall in western Cuba. The latest forecast showed Hurricane Ian crossing north of Tampa Bay as a powerful Category 3 storm and making landfall in the big bend as a Category 1 storm. But regardless of any future small shifts in the track, which forecasters warned could continue for the next few days, much of Florida’s Gulf Coast, from Naples northward, faces a major risk of storm surge. More from the Miami Herald and the AP.

A judge Friday rejected an attempt by federal antitrust officials to block U.S. Sugar Corp. from purchasing another large player in the sugar industry. U.S. District Judge Maryellen Noreika ruled against the U.S. Department of Justice, which filed a lawsuit last year in Delaware to try to prevent the combination of Clewiston-based U.S. Sugar and Imperial Sugar Co. Noreika did not immediately make public her reasoning, issuing it under seal to protect “third-party confidential information.” More from the News Service of Florida.

For years, Fort Lauderdale has been known as a hot spot for college spring breakers, family vacationers, conventioneers and cruise line passengers. But now, so-called “bleisure” visitors — business travelers who extend their trips for a few extra days so they can take in local attractions — are making their presence felt as the COVID-19 pandemic fades and companies again underwrite the cost of sending employees out of town on business, downtown hoteliers say. More from the South Florida Sun-Sentinel.

St. Petersburg-based BayFirst National Bank, formerly known as First Home Bank, has made moves toward significantly scaling back its mortgage lending business. Citing a "precipitous decline" in mortgage volumes and an uncertain outlook for mortgage lending over the coming quarters, the bank, in a news release, says it will discontinue its nationwide network of residential mortgage loan production offices, but it will continue to offer mortgages to local borrowers. The shutdown is contingent upon regulatory approvals. More from the Business Observer.

With REC Miami’s upcoming launch in Little River, local creative professionals will have resources and opportunities in their own backyard to help them chase their entertainment-business dreams. The people behind REC Philly, a similar entertainment incubator in Philadelphia, secured a $2 million investment from rapper and music mogul Sean “Diddy” Combs to open a site in Miami early in 2023 that he envisions as a “one-stop shop” for creative entrepreneurs. More from the Miami Herald. 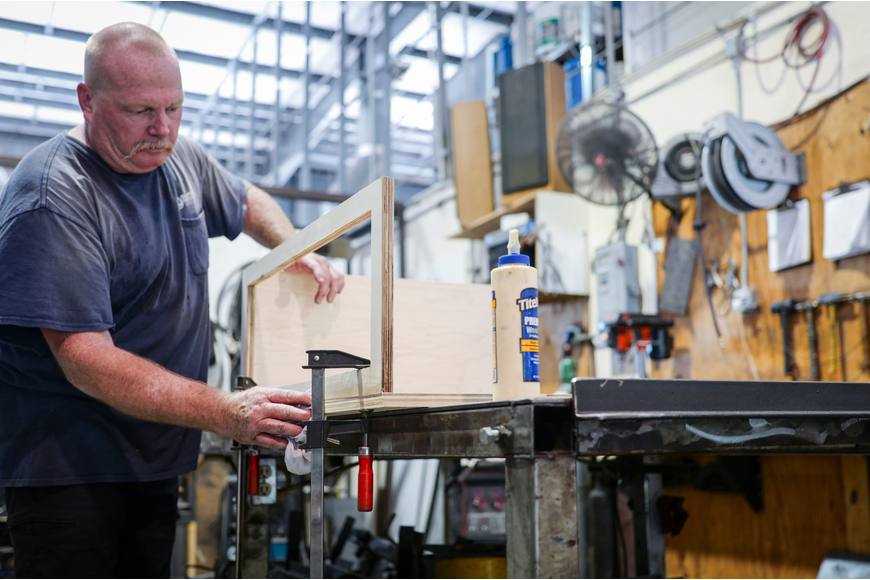 Over the past 18 months, Fort Pierce-based Southeast Elevator has been engaging in what CEO Tim Fischer calls “a very aggressive growth strategy through acquisitions.” The 27-year-old company focused on residential elevators — yes, elevators inside homes — has acquired Palm Beach Lifts on the state’s east coast, Precision Lift Industries in the Panhandle and Naples-based Gulfside Elevator.

Out of the Box
Meet Tampa’s new celebrity: a giant airport flamingo 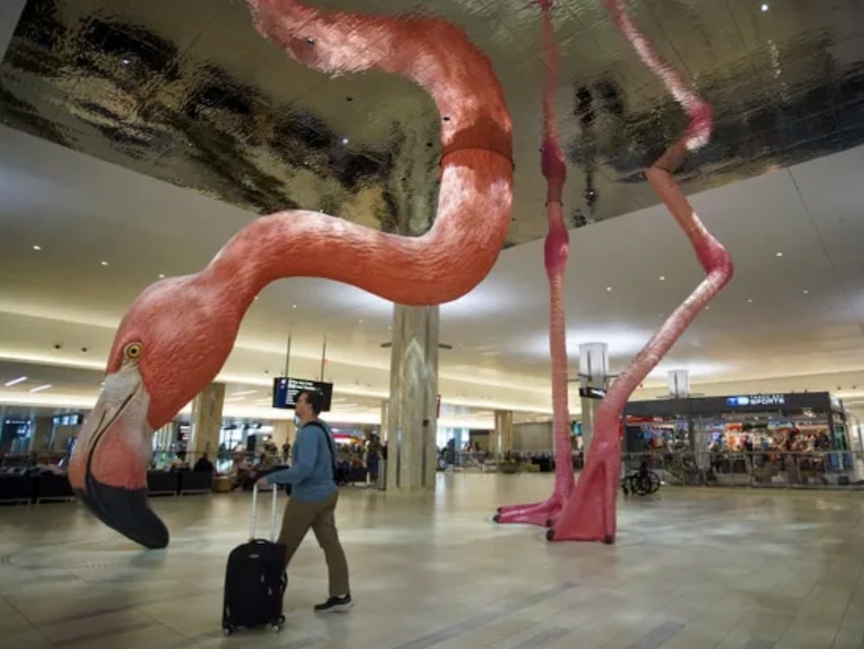 An eye-catching 21-foot flamingo has finally fully landed on its perch at Tampa International Airport, and people are talking. And tweeting. And taking loads of selfies. As part of Tampa Bay Fashion Week, three local designers were challenged to create works inspired by the newly installed flamingo. They showed off their creations Saturday and offered their response to Tampa’s latest Instagram celebrity.