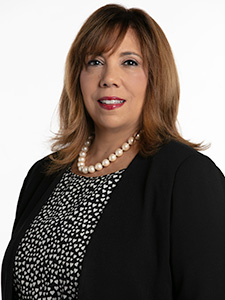 The Florida Atlantic University Board of Trustees has selected Stacy Volnick as interim president of the university.

Volnick became a member of the university's administrative staff in 1991, advancing steadily through the ranks. In 2013, she became vice president for administrative affairs and chief administrative officer, and more recently, she was promoted to chief operating officer. A double Owl, she holds a bachelor’s degree in communication from the Dorothy F. Schmidt College of Arts and Letters and a master's degree in education leadership from the College of Education. She currently is pursuing a doctorate in higher education leadership. Appropriately, her dissertation will address the challenges facing women college presidents.

In her current position, she oversees areas vital to the continuing operations of the university. These include, Public Safety, Facilities Management, Environmental Health & Safety, Human Resources, Business Services, Emergency Management, Board of Trustees Operations, President’s Office Operations, the Eleanor R. Baldwin House (the President's on-campus residence), and the University Ombudsman. Additionally, she administratively oversees the Offices of the Inspector General and University Compliance.

As a matter of procedure, her appointment is subject to the approval of the State University System of Florida Board of Governors. Volnick, as interim, will not apply to be the permanent president.

President Kelly will continue to serve as university president emeritus after he steps down from his current role. He will focus his efforts on two roles that are important to him: On a personal level, his family, and on a professional level, steering FAU to the Carnegie R1 classification for “very high research activity.”