Tropical Storm Fiona: How close will the system come to Florida?

Ever since its formation late Wednesday, Tropical Storm Fiona has been hit incessantly by upper level wind shear. That means that westerly winds at the top of the storm are trying to put a cap on how tall the storm can stand while moving towards the Caribbean. Since tropical storms can’t dance the limbo, it’s tough for them to get under the bar that’s being set lower by these west winds aloft. Now the question is, will Fiona fall? More from NBC Miami, the Orlando Sentinel, and WOFL.

A railroad strike has halted for now, but some Florida businesses may feel the affects

A nationwide strike was shut down as rail companies and their workers finally came to an agreement on a tentative deal. The deal includes a 24% pay raise and workers will now be able to take unpaid days off for doctor’s appointments without being penalized unlike before when they lost points for attendance. Although trucking is a bigger industry in the state, companies that have railroads going into their businesses may be affected the most. More from the WCJB.

When it came down to it, the decision was fairly easy. Naples made sense. It met the criteria. It hit every metric. Despite that, a decision of this magnitude is not simple to make. Nor, once the decision is made, can it be executed with the snap of a finger. Let’s face it, building a 20-acre resort is tough business. Still. Once Great Wolf Resorts picked Naples as the site of its new resort everything else began to fall into place. More from the Business Observer.

Miami-Dade is trying to lure expanding JetBlue airline to add links between Puerto Rico and other Caribbean and Latin American destinations and Miami International Airport. At a committee meeting Tuesday, county commissioners unanimously without discussion directed the mayor to work with JetBlue and report in November. More from Miami Today.

A British hiring company with more more than a dozen offices around the world has planted its flag in Tampa. Phaidon International has announced it plans to hire 200 consultants to work from its newest U.S. office at the WeWork building at 501 E Kennedy Blvd. in downtown Tampa. The office is designed to spearhead the company’s growth plans in Florida and across the southeast. More from the Tampa Bay Times.

Florida Dining
Sushi chefs laughed when she wanted to be one. Now she’s opening a spot in Miami Beach 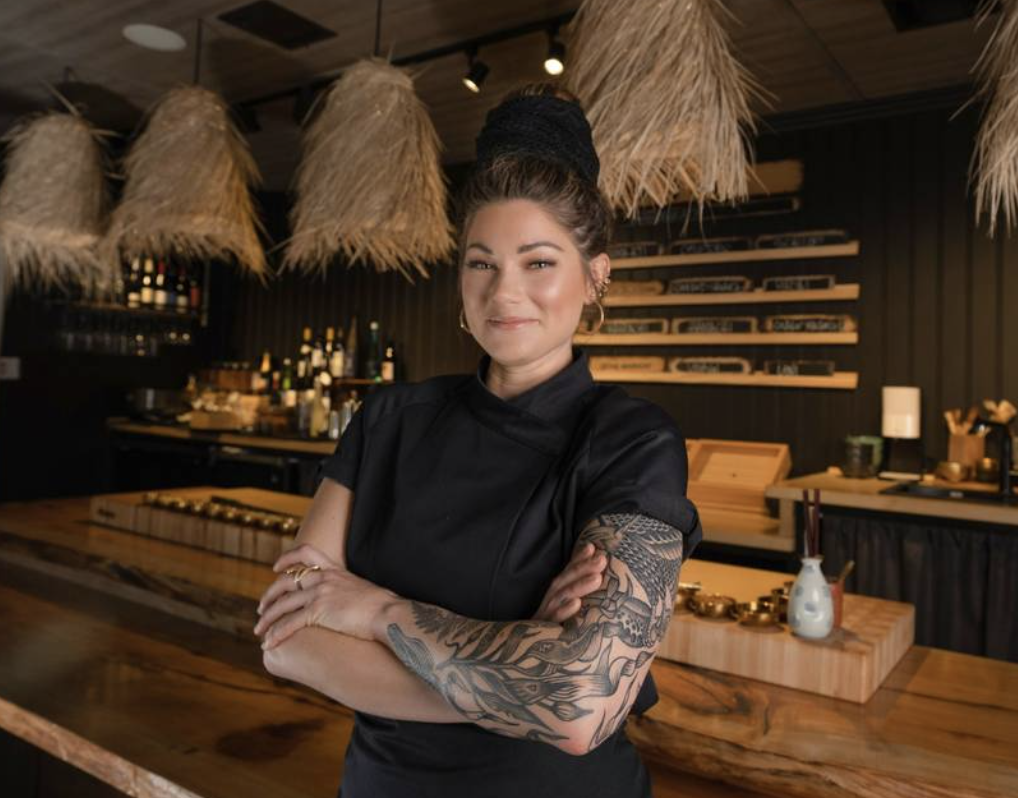 At her first restaurant apprenticeship, from her post on the hot food line, Ambrely Ouimette gazed across the open kitchen to watch the sushi being prepared. She was mesmerized by the clean and well-organized workspace, the efficiency of the chefs. When she asked if she could try out there, the executive chef looked at the other chefs, all men, and they burst into laughter. Now, after graduating from culinary school at SUNY Delhi, leading teams at such restaurants as Matsuhisa Denver and Ironside Fish & Oyster Bar in San Diego, Chef Ouimette is expanding the Michelin-starred concept Sushi Bar to Miami Beach.