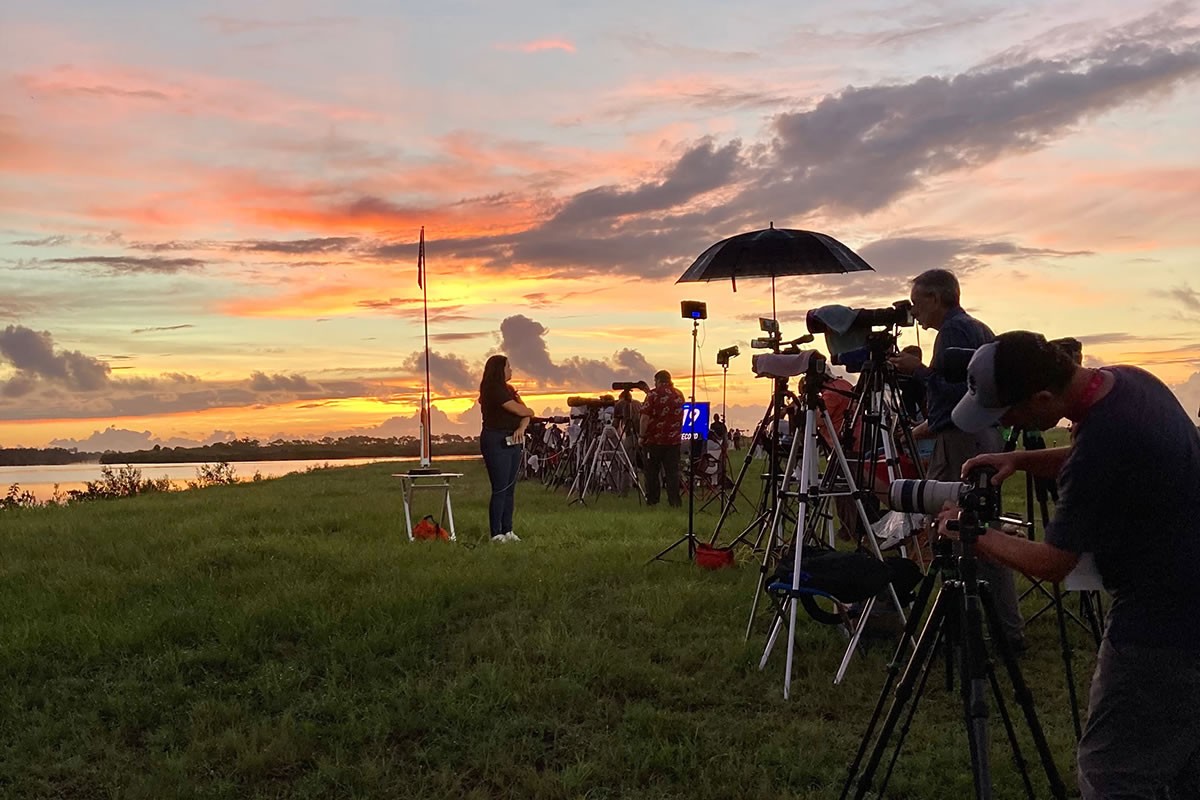 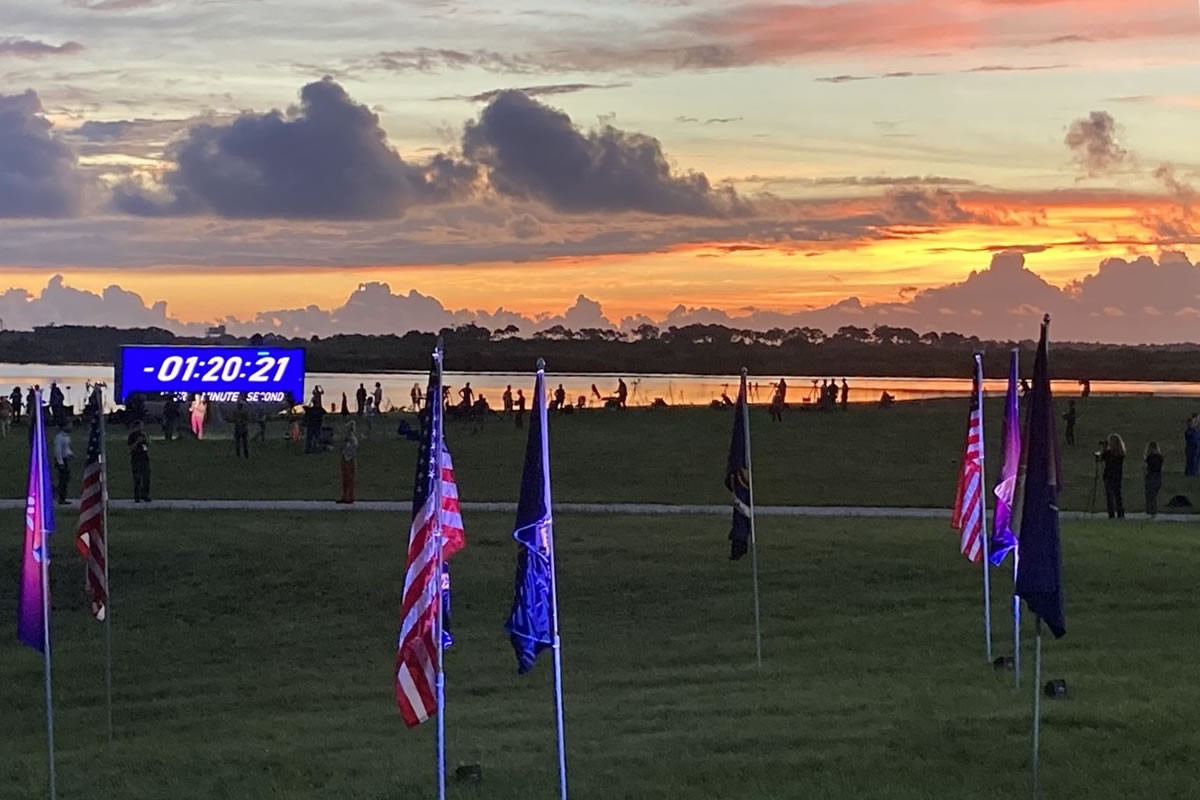 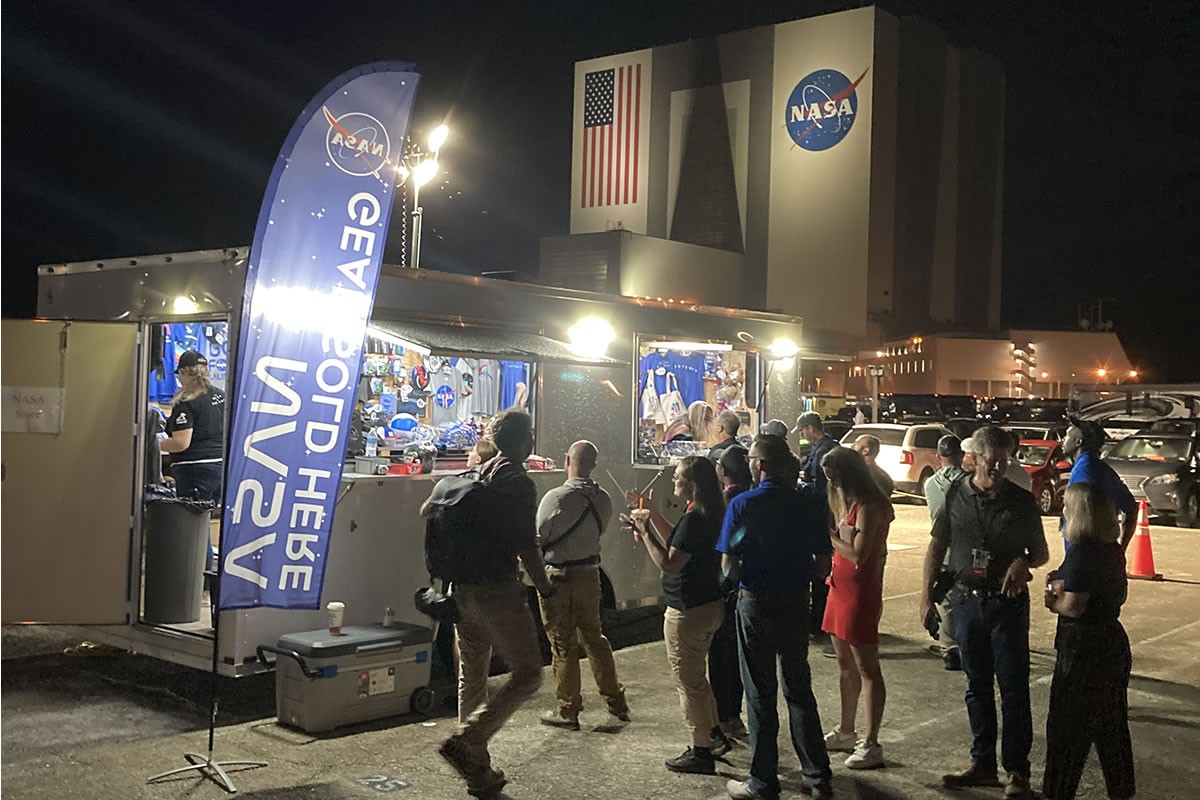 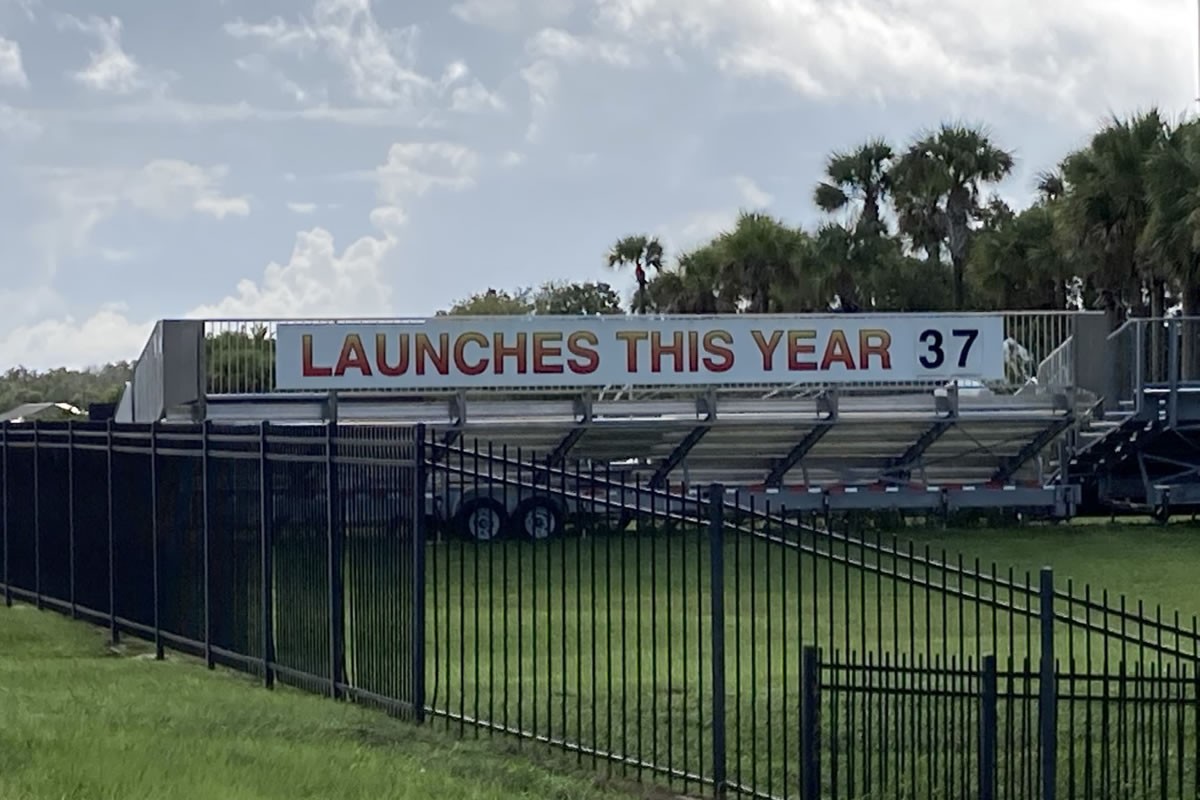 At Kennedy Space Center, a crush of visitors and contractors greet Artemis era

UPDATE: The August 29 morning launch has been scrubbed, the next launch window is slated for September 2. Stay tuned for more Artemis coverage at FloridaTrend.com

CAPE CANAVERAL – Monday’s planned launch of Artemis 1 as the first chapter of the quest to return to the moon was another boost for Florida’s surging space economy as tourists, space company contractors and NASA celebrated the new chapter of exploration.

At center stage, Artemis 1’s Space Launch System powered by its RL10 engine built to propel any craft made for human flight has ever flown. The engine is made by SLS lead contractor Aerojet Rocketdyne in West Palm Beach, where the company has provided upper stage propulsion to launch hundreds of satellites and have sent spacecraft to explore every planet in the solar system.

The Florida-made R10 was developed by Pratt & Whitney in the 1950s and first flew in 1963. It’s powered Atlas, Delta and Titan rockets — more than 500 engines have gone to space — but not yet flown humans. Despite going on 60 years in operation, the RL10 is a long way from obsolescence due to its original configuration that made an engine that’s efficient and can be modified to meet customers’ unique needs, says Jim Maus, vice president, program execution and integration, for Aerojet Rocketdyne. “It’s been going strong for 60 years and there’s really no end in sight,” Maus says.

Over the weekend, more than 100,000 tourists crowded into the area surrounding Kennedy Space Center while five cruise ships in port at Port Canaveral had 40,000 passengers coming and going. Local transportation planners braced for an “epic event” as schools and normal business was also underway. For some Space Coast residents, the easiest way to deal with the launch-viewing traffic crush was to spend the night at the office and workplace. That’s what Space Florida’s Dale Ketcham planned, camping out in his office chair.

Companies like Lockheed Martin hosted watch parties for thousands of employees and business partners, while the space center’s media crush was packed with journalists from around the world. While an exceptionally busy day, the growth of the private space industry means that the that region is working at a pace not seen since the earliest days of the Space Race when people flooded into the region to work on Mercury, Gemini and Apollo missions.

“Florida has already established itself clearly as the most successful and busiest spaceport on the planet. I think getting Artemis I off the ground and headed to the moon certainly helps consolidate that image,” says Ketcham, Space Florida’s vice president of government and external relations. “It’s five decades later we’re now getting back to it. That in and of itself is cool.”

As the space launch business grows in Florida, a big issue for the future is the mundane business of infrastructure – everything from water and sewar capacity to piping nitrogen and helium in at a Cape that got into the space business 70 years ago. “They’re being strained but we are working to bring the Space Florida took kit into the equation,” Ketcham says.

In addition to marketing and promoting the region’s business opportunities, Space Florida is the statewide “port authority” for space with financing powers it deploys to build facilities. It recently worked with FPL to run more power down ICBM Road for Blue Origin’s launch pad, which needs a lot of electricity. “It’s the largest launch pad on the face of the planet,” Ketcham says. The extension powers other users along the road too. Space Florida, Ketcham also says, is working to improve delivery of helium and nitrogen and other commodities.

“It’s just a moment of tremendous pride,” says Maus, the Aerojet’s general manager from Palm Beach. “We’re part of the very important team doing the very important work of flying the nation back to the moon and eventually to Mars. The pride for our employees and their families is definitely coming to a peak.”