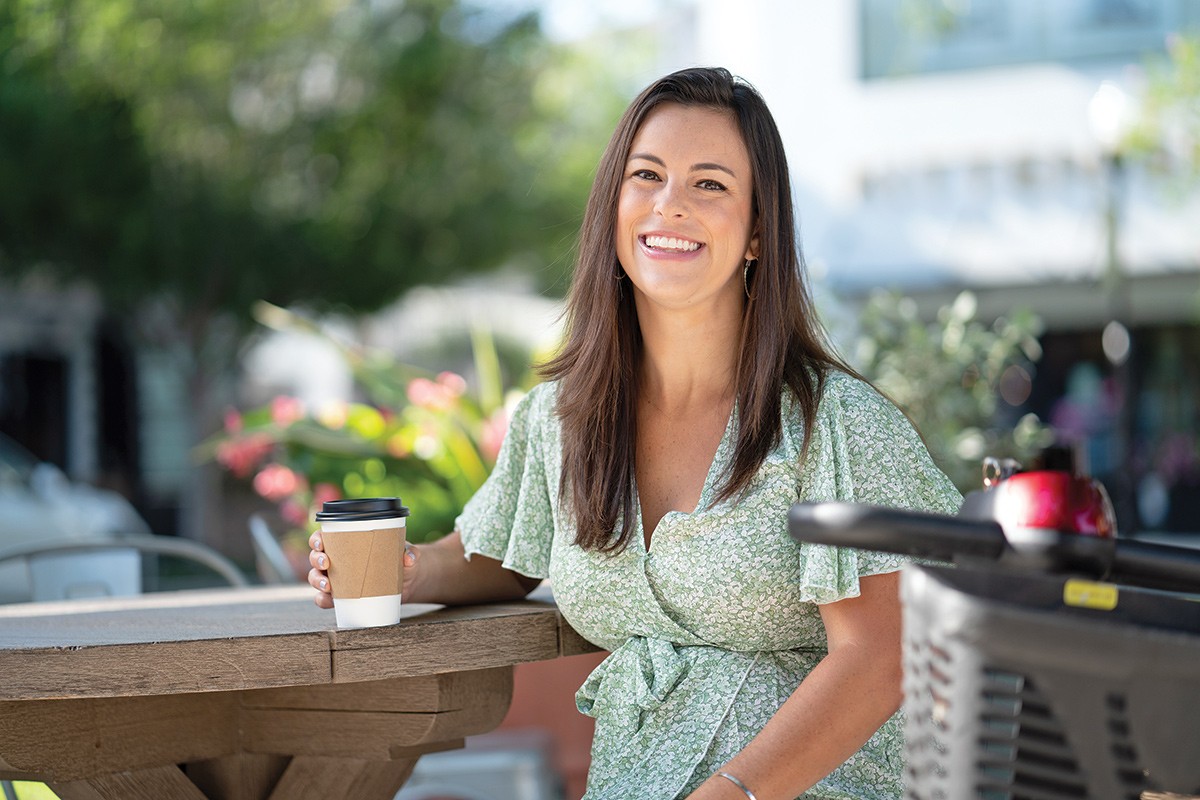 Chelsea Bear has almost half a million followers on Instagram and TikTok combined. By the platforms' calculations, she reaches tens of millions of people through her posts and videos. 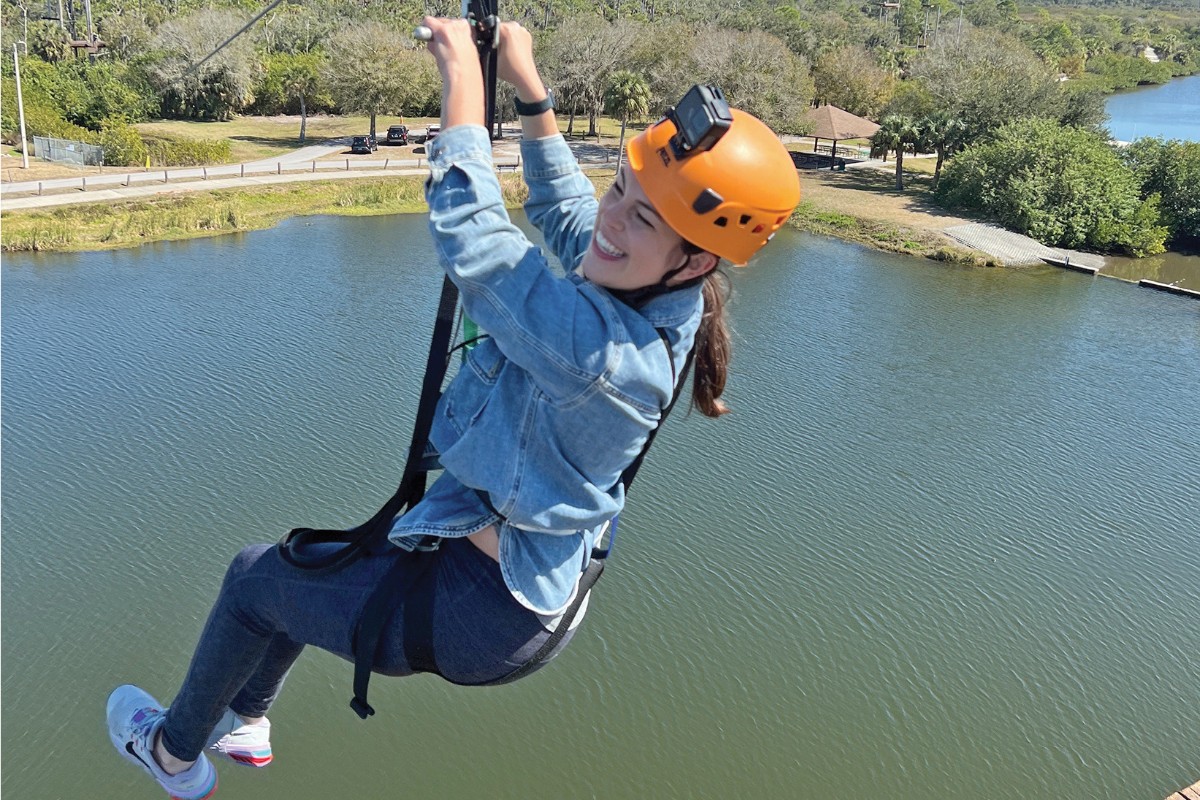 Bear makes a point of showing that cerebral palsy doesn't keep her from having fun. Her social media posts include photos and videos of her ziplining and kayaking, among other adventures. 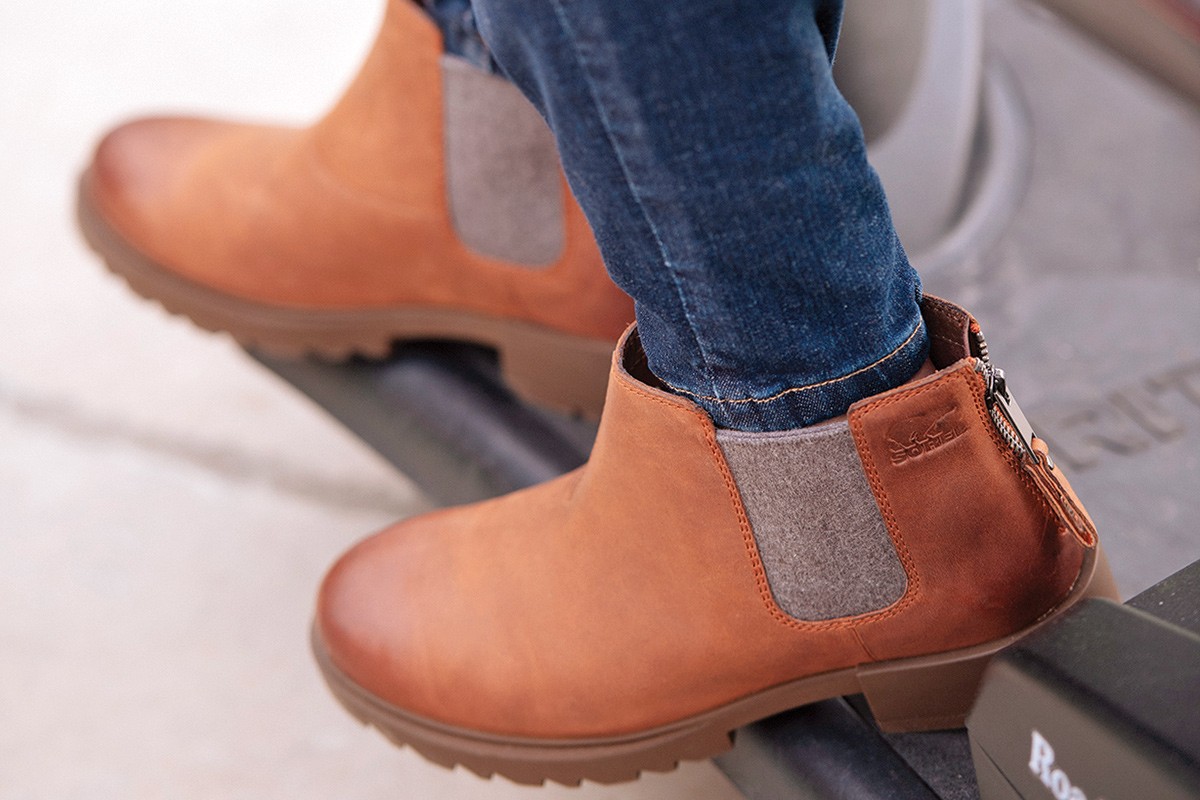 Bear is helping promote the launch of Zappos Adaptive, the online shoe retailer's unit serving people with disabilities, by promoting the company's products and creating content around the brand. 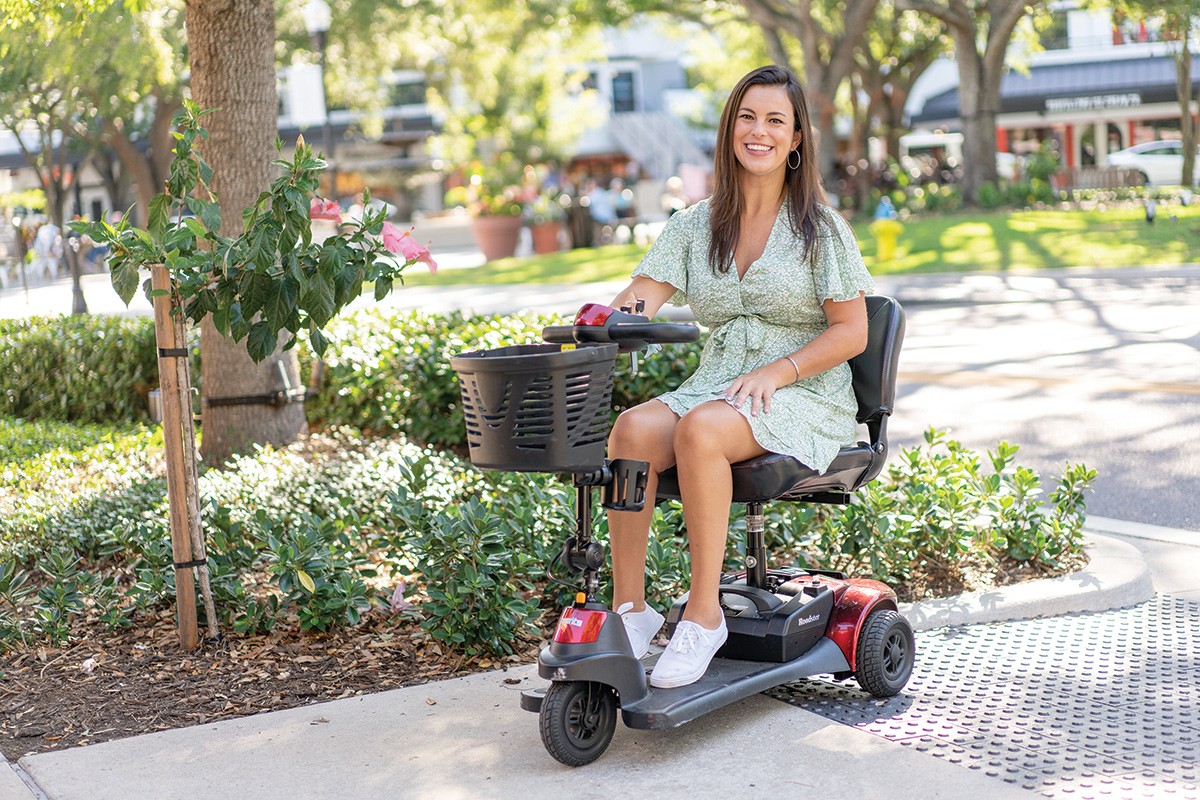 "The way she communicates - others look to her as a mentor in the disability community," says Dana Zumbo, Zappos Adaptive business development manager.

In the highly curated world of social media, Chelsea Bear’s Instagram and TikTok feeds look a lot like those of many young Tampa professionals: Brunches and happy hours with friends, mornings at the gym, a new outfit and even a quick jaunt to Vegas. To be an urban-dwelling millennial in Florida these days is to live a life that is stylish, fun and seemingly effortless — at least on social networks.

The reality for Bear, though, is that moving through daily life is anything but easy. The 29-year-old navigates her world with cerebral palsy, a group of disorders that affects movement and posture. The condition has made parts of her life complicated, such as traveling, and at times disappointing, like when a ride-sharing driver drove off rather than transport her and her scooter. Online dating, awkward for everyone under most circumstances, has added challenges.

“Should I list it on my dating app profile and weed out guys who can’t accept me for me?” she writes in one post on her Instagram feed, @realchelseabear. “Should I tell them I have a disability before we meet in person? Should I let the person get to know me before I share I’m disabled?”

The reality that Bear shares on social media has elevated her to become one of Florida’s most notable advocates for people with disabilities, and now national and international brands have taken notice.

Recognizing their own need to be more inclusive — the World Health Organization estimates more than 1 billion people have a disability, about 15% of the population — Bear is working with brands such as Disney and Zappos and organizations such as Visit Tampa Bay to demonstrate their accessibility or showcase new products. She’s modeled shoes, shared CVS’ new line of Michael Graves-designed assistive products, represented clothing company Aerie as a brand ambassador, been featured on makeup company Bare Minerals’ website and explained the accessibility features on a Disney cruise ship and at its parks. Closer to home, she’s highlighted Tampa-area businesses that tourists of any ability might enjoy. Between her more than 321,000 Instagram followers (she just earned a coveted “verified” blue check for public figures) and nearly 164,000 TikTok followers, the social media channels calculate she’s reached tens of millions of people.

For Zappos Adaptive, a branch of the online retailer, Bear is helping promote the launch of the inclusive division, says Dana Zumbo, the company’s business development manager. Zappos Adaptive was born from feedback from a customer who had bought her grandson, who has autism and lacks manual dexterity, shoes with laces he was unable to tie. “From our perspective, it’s more than just selling and making sure we have products that work for people with disabilities,” Zumbo says. “We exist because of feedback. Feedback is critically important to everything we do.”

Bear is helping provide that connection to customers by promoting Zappos Adaptive offerings, such as slip-on boots from the upscale brand Sorel. She participates in focus groups with the company, video shoots and talks about which products work best. “Chelsea is the first person we thought of because she matches that aesthetic; she has that vibe. We felt like it was a perfect fit,” Zumbo says. “The way she communicates — others look to her as a mentor in the disability community.”

Bear grew up the eldest of three children in Sunrise in South Florida. At 8 months old, her mother noticed she wasn’t sitting up the same as other babies. After a litany of tests and scans that left her parents without definitive answers, Bear was diagnosed with cerebral palsy at age 3. She attended public school, where her parents guided her through the challenges of being a child with a disability. (Cerebral palsy is the most common motor disability in children.) She has shared stories of being bullied as a child, but she stood up for herself and by high school was active in student government and was crowned homecoming queen. Bear went on to attend Florida Gulf Coast University, where she majored in communications and regularly volunteered for Make-A-Wish Southern Florida. She traversed the sprawling campus on her motorized scooter, dubbed Scootz, and traveled throughout the United Kingdom and as far away as Israel. Graduating in 2015, she worked for public relations firms in South Florida and began using social media to keep up with friends. The more she talked about her disability, the larger her virtual circle grew.

“I had 1,500 followers and just using different hashtags and talking about various topics, it slowly started to attract more people outside of my own bubble and grow organically, but aggressively,” she says. “When I hit 10,000, I remember the feeling of ‘what is going on here?’ I get the same feeling every time I hit another milestone.”

In many of her posts, it’s not immediately evident that Bear has a physical disability, instead putting the focus on her Florida lifestyle and her flair for fashion. She pals around Tampa with her sister Chloe, a communications professional for the Florida Inventors Hall of Fame who spent two seasons as a Tampa Bay Buccaneers cheerleader, and goofs off in front of the camera with younger brother, Jaxson, a late comer to the Bear family who is still in elementary school. But in many videos she shares, when she walks toward the camera, her mobility challenges are clear. She uses the videos to explain the everyday barriers people with a disability face, even something as simple as carrying a laundry basket can be a tricky balance.

The more people commented on her posts and shared them on their networks, the more businesses have taken notice.

Microsoft sent her a gift for National Creativity Day. “Then, a couple months later, they reached out and said they would love to potentially work with me. They are really into inclusivity. They wanted to know how their products can help,” says Bear, who uses a digital pad to journal. “They have been super supportive and wanted to integrate into my lifestyle.”

After moving to Tampa in 2021, Bear found the Visit Tampa Bay website and noticed it had a section on accessible places to visit. She reached out to the tourism marketing organization and was asked to create a video to promote the region.

Diversity, equity and inclusion are important to the tourism organization, says Santiago Corrada, Visit Tampa Bay’s president and CEO. “We wanted to diversify our board of directors and our staff and then diversify our messaging.”

Corrada had once worked as a teacher for children with disabilities. “A few years ago, I started having conversations with our marketing and PR team about including individuals with disabilities or obstacles to making accessibility an issue. The team really took to the idea.”

Enter Bear, who shows there’s little she can’t do with some assistance, including ziplining, visiting local restaurants and traversing Tampa attractions. “She started blogging about what a great destination this is. It has really blossomed into something that should have been there all along,” Corrada says. “Inclusion means everybody.”

Bear has garnered enough of a following, partnerships and consulting engagements to launch her own business, but she says she only works with brands that align with her inclusivity platform.

“My initial conversation is always: ‘What are you doing for diversity?’ ” she says.