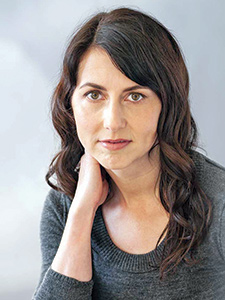 MacKenzie Scott has given away more than $12 billion in less than three years.

When Artis Stevens, president and CEO of Big Brothers Big Sisters of America, got a phone call from a representative of MacKenzie Scott earlier this year about a $122.6-million gift to the organization, he started dancing in his kitchen. “My 14-year-old and my 12-year-old girls were in the other room… and they looked at me and screamed up to their mom, ‘Mom, something’s wrong with dad,’ ” Stevens told NBC’s Today Show in an interview in May.

The national, youth-mentoring charity, which is headquartered in Tampa, plans to invest the funds in staff, technology and training to create more access to one-on-one mentoring. The group also intends to expand mentoring to assist 18-to-25-year-olds who need help with career paths and skill development after graduating high school.

Big Brothers Big Sisters isn’t the only group in Florida that hit the MacKenzie Scott lottery. The Clean Slate Initiative, an Orlando-based group spearheading a national initiative to automatically clear the criminal records for tens of millions of eligible Americans, landed a $15-million donation from Scott in March, as did the Jacksonville-based Wounded Warrior Project.

Florida International University in Miami received a $40-million donation from Scott and plans to invest the funds in various support services, including financial wellness and student support services; its Golden Scholars Program (which primarily aids first-generation students from under-represented backgrounds and federal Pell grant eligible students); and its Invitational Scholars Program. The University of Central Florida also landed $40 million and Broward College received $30 million from Scott, who has pledged to give away at least half of her fortune over the course of her lifetime.

So far, the Washington-based philanthropist has donated more than $12.5 billion to more than 1,200 non-profits across the globe, including several local Florida chapters of the Boys & Girls Club, United Way, Goodwill, Habitat for Humanity, Planned Parenthood and the YMCA.

To provide the charities she supports with the greatest flexibility, Scott’s gifts are “unrestricted,” meaning recipient organizations can spend the funds as they see fit and report yearly on what they achieved with the funds. That’s unusual in the world of giving, says Howard Lipman, CEO of the FIU Foundation. “In this day and age most gifts very, very, very rarely come in as unrestricted,” he says.

Sabeen Perwaiz, president and CEO of the Florida Nonprofit Alliance, believes Scott’s philanthropy has “pushed” other donors to give more than the 5% minimum that private charitable foundations are required to spend annually to comply with the Internal Revenue Code — but she sees other trends driving the growth in big donations. “We are seeing more large gifts because the sense of urgency has escalated since the pandemic. Giving families are deciding to employ new strategies, innovate and experiment,” Perwaiz told Trend. “I think these large gifts also are pushing fund holders to revisit the purpose of philanthropy. It’s also, in my opinion, pushing funders to truly embrace trust-based philanthropy and pursue more overhead funding.”