Why Florida isn’t losing the right to an abortion … yet

While the overturn of Roe v. Wade dramatically alters the landscape of abortion rights nationally, in Florida, the decision has no immediate effect on the legality of abortion. That’s because Florida’s abortion laws have to fall within the boundaries of not one, but two constitutions, said Danaya Wright, a professor of law at the University of Florida. The first is the U.S. Constitution, which no longer protects a person’s right to abortion following the U.S. Supreme Court’s bombshell decision this week. The second is the Florida Constitution. More from the Tampa Bay Times.

The price to live in paradise is getting higher for homeowners. A new analysis found that Floridians are paying property insurance premiums nearly three times the national average. The latest analysis from the Insurance Information Institute found Florida homeowners are paying an average premium of $4,231 for insurance, compared to the U.S. average of $1,544. More from WFTS.

With Florida being home to approximately 40 wineries, scientists are researching and growing new varieties to meet the increasing market demand for Florida-grown grapes. According to a statement by the University of Florida's Institute of Food and Agricultural Sciences (UF/IFAS), as of 2017 (the most recent year for which there’s data), growers in the Sunshine State were producing over 1,500 acres of muscadine grapes, which accounts for a 74 percent increase in 10 years. More from Fresh Fruit Portal.

In less than 24 hours, the Atlantic basin has gone from nothing but a couple of tropical waves to a system that may become a tropical depression by early next week. And chances continue to improve for the system to strengthen. Invest 94L, which is a tropical wave right now, is showing greater potential for development as it makes its way across the Atlantic, according to the latest advisory from the National Hurricane Center. More from the Sarasota Herald-Tribune.

Consultants working for America’s largest power company covertly monitored a Jacksonville journalist and obtained a report containing his social security number and other sensitive personal information, leaked documents reveal. The surveillance happened after the journalist wrote critically about how Florida Power & Light tried to sway city council members to sign off on its business plans. Text messages show an FPL executive was kept abreast of Florida Times-Union columnist Nate Monroe’s movements while he was on vacation in the Florida panhandle in November 2019.  More from the Florida Times-Union and the Orlando Sentinel. 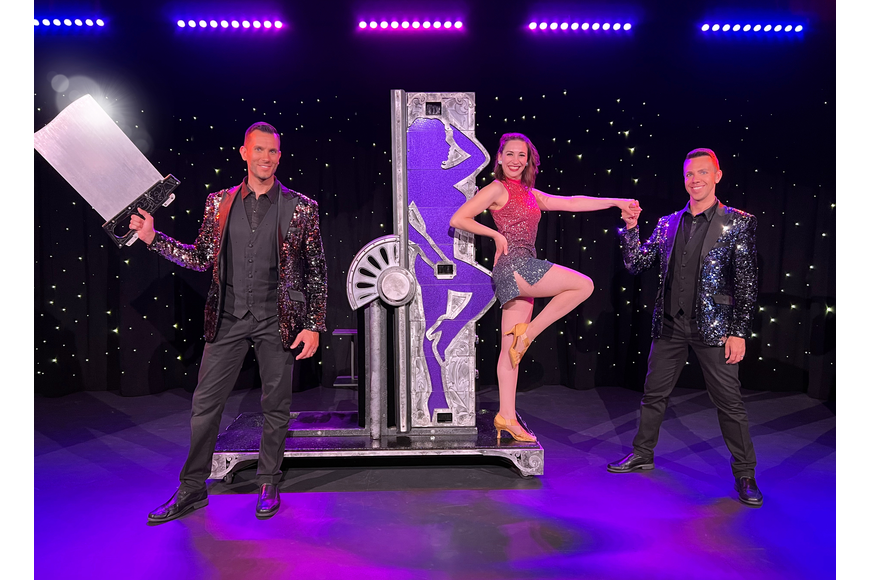 Zubrick Magic Theatre in downtown St. Petersburg’s Edge District has earned the 2022 TripAdvisor Travelers’ Choice Award, thanks to its No. 1 ranking among all theaters and concerts in the Sunshine City. Owned and operated by Chris and Ryan Zubrick, the theater is a former call center that can seat up to 90 guests.