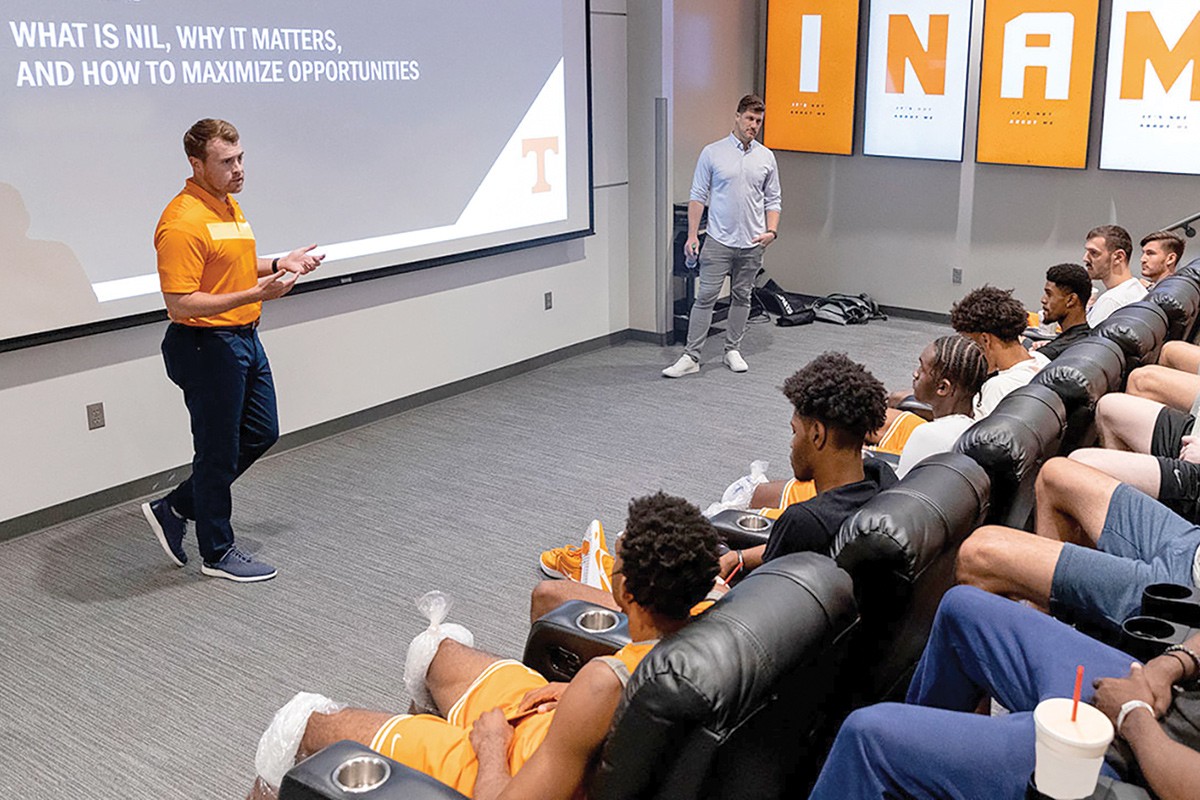 "A lot of what we do is help athletes understand and unlock" their rights, "We talk a lot about exclusivity and perpetuity," says Andrew Donovan, vice president of collegiate partnerships, Altius Sports Partners 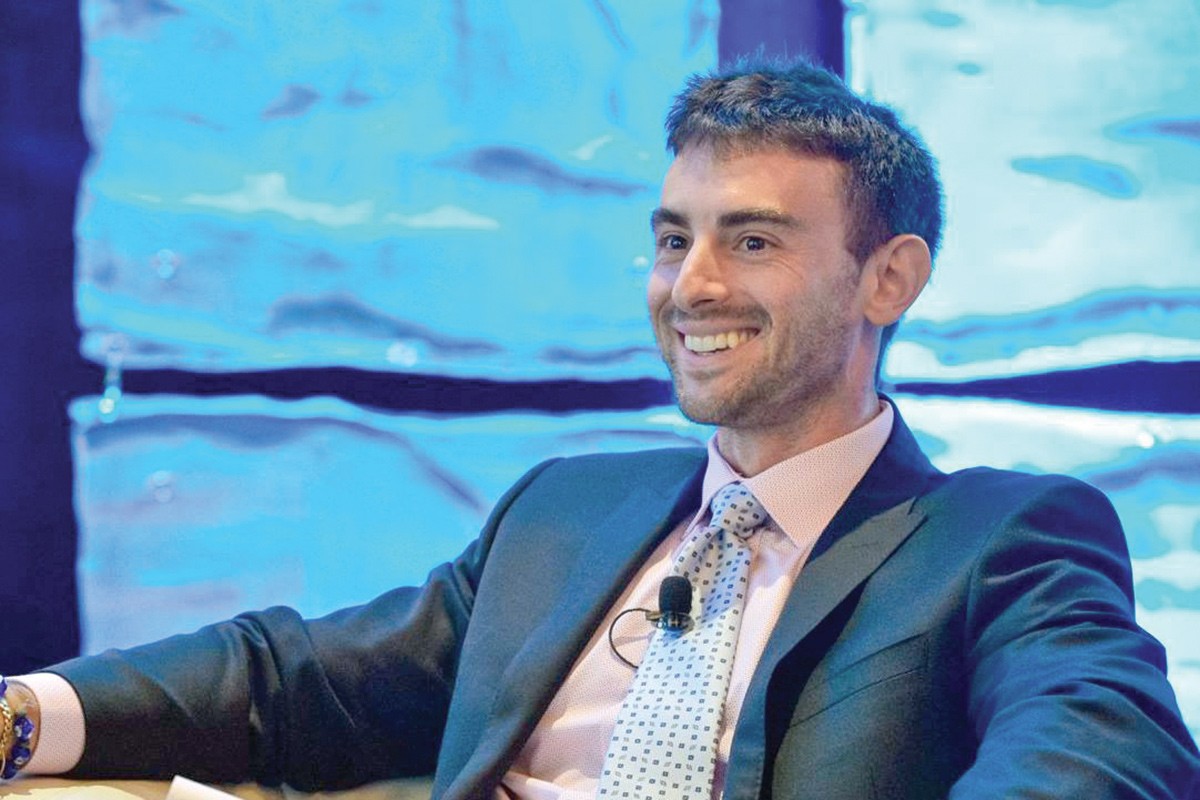 "I remain very bullish as a whole. I never believed athletes should have their rights stripped when literally every other American has the right," says Darren Heitner. 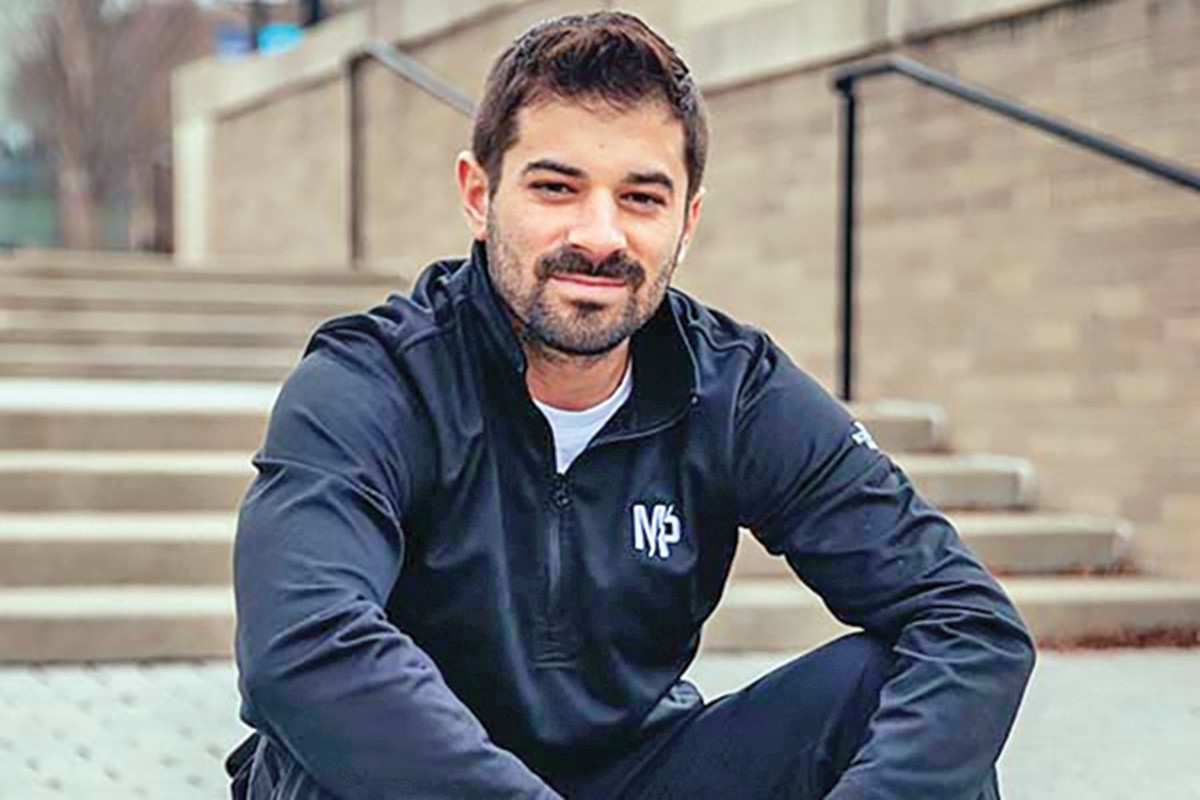 "The goal of what we're doing at MarketPryce Florida," says Bergman, "is to make the University of Florida a recruiting powerhouse." 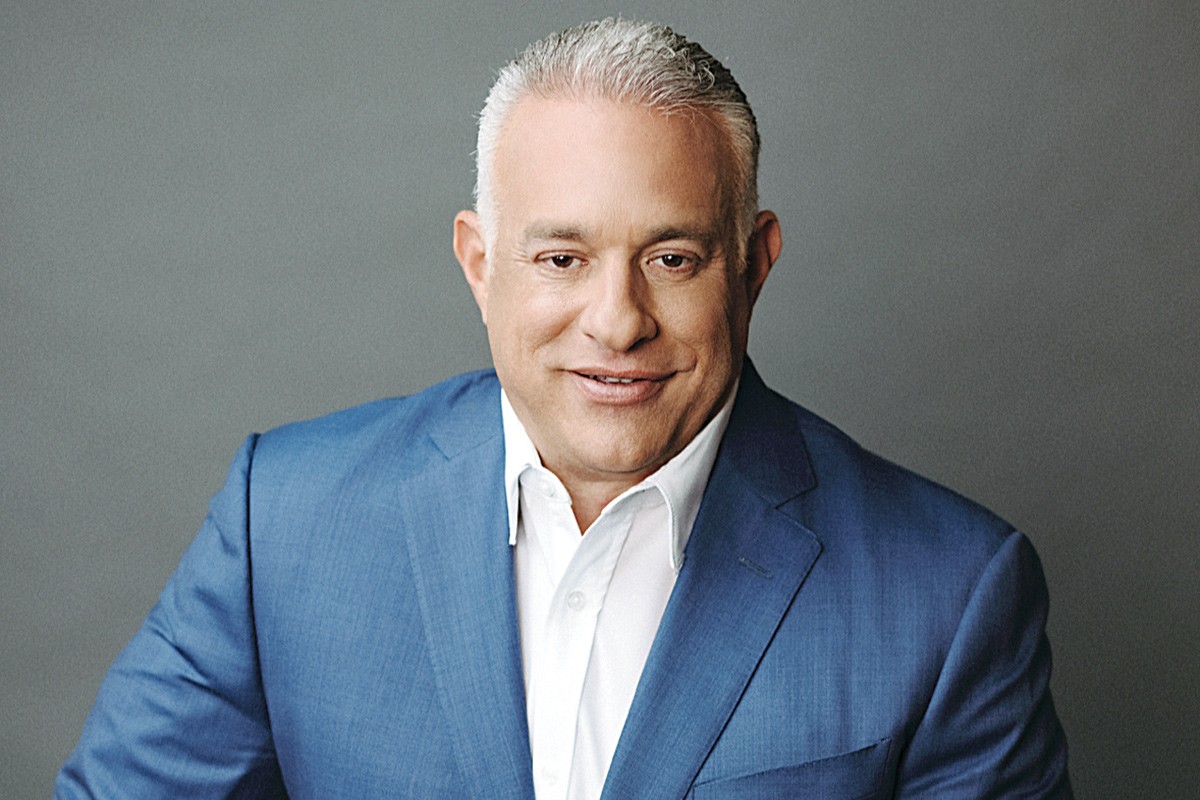 Billionaire John Ruiz has signed 54 University of Miami and FIU athletes to endorsement deals worth $1.5 million. 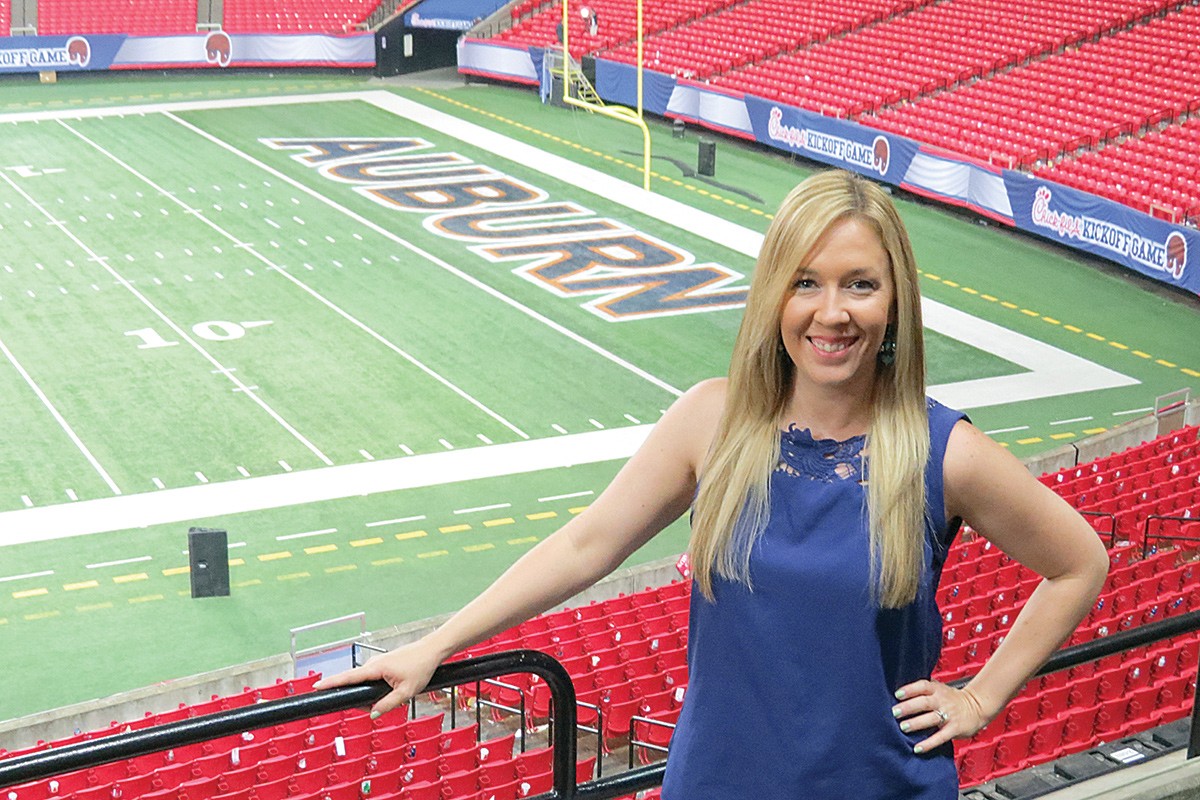 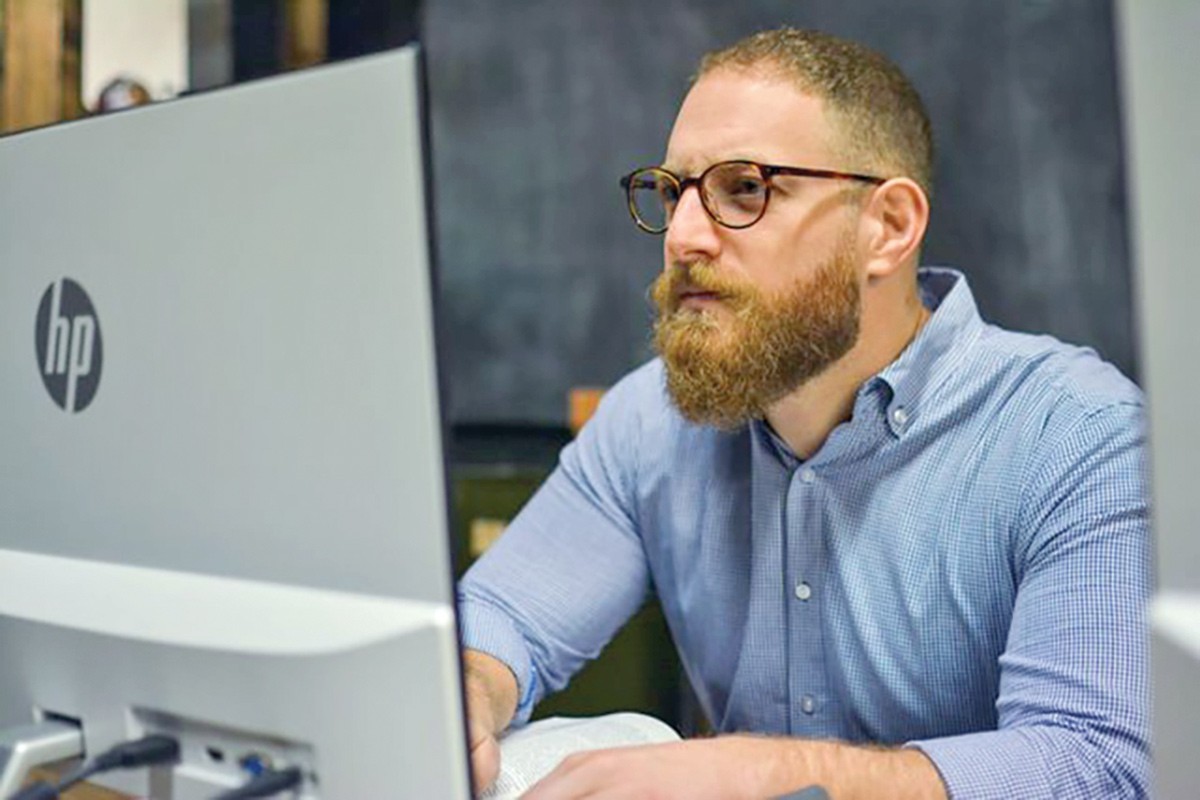 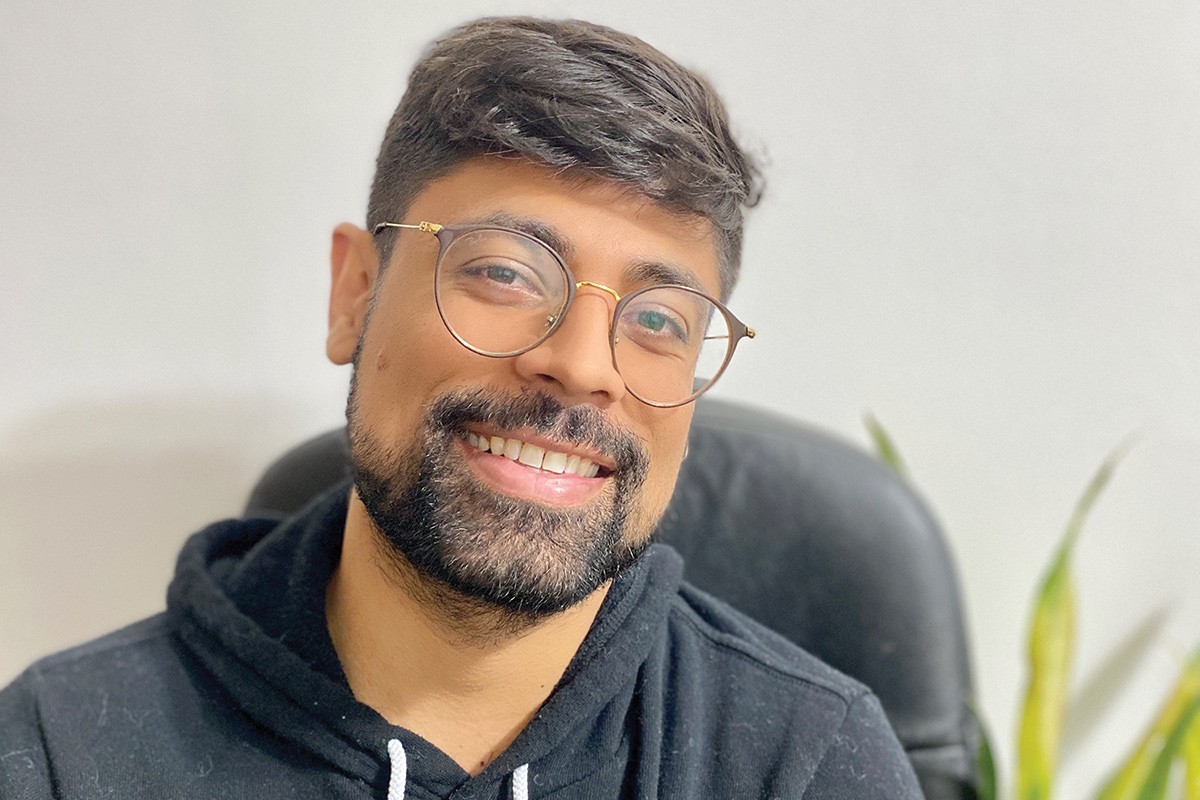 A slew of businesses hopes to score with college endorsements.

The new field of endorsements for college athletes is replete with agents and attorneys as well as platforms that connect businesses and athletes, collectives that funnel alum money to team members, NFT plays and compliance consultants who do everything from keeping tabs on athlete deals to helping them understand 1099s and filing taxes. “It’s a crowded space,” says Andrew Donovan, vice president of collegiate partnerships at Altius Sports Partners, a consulting and education firm. “Everyone’s trying to get in at the beginning.” UM is an Altius customer.

Kristi Dosh of Amelia Island foresaw a new era in which college athletes could market their name, image and likeness. Two years ago, she set out to transform herself into a national go-to expert on the field. It was her second transformation. In the first, she used blogging and social media to take herself from corporate attorney — she’s a UF law grad — to a sports business expert. She wrote for Forbes online and for others. She became an ESPN sports business reporter and authored a book, Saturday Millionaires: How Winning Football Builds Winning Colleges. She speaks on personal branding, business development and female leadership. She also authors romance novels.

Dosh has taught a course on name, image, likeness at UF’s journalism college, will teach another in the sports management program and runs a website, BusinessofCollegeSports.com, where she pools all that’s going on in the field. Want a list of college-athlete car deals? She has it.

The site has become a critical reference for all interested in the field.

While still an undergrad at UF, Darren Heitner in 2005 created the Sports Agent Blog. He worked for a time as an agent but eventually decided being the go-to lawyer on sports law was his desire. He’s a national authority and advocate for athlete rights and contributed to the drafting of Florida’s then ground-breaking name, image and likeness law that allows college athletes to earn compensation for their fame. The Fort Lauderdale attorney serves as an adviser or board member for startups in the NIL industry. His client list has included some of the biggest NIL college athletes, including UF quarterback Anthony Richardson and incoming University of Miami basketball guards Haley and Hanna Cavinder — the Cavinder twins. His advice to college athletes: “I always recommend quality over quantity and never sell yourself short.”

Florida law bans colleges from paying athletes or “causing compensation” to go to them. Recruits, however, want to hear about the prospects for monetizing their name, image and likeness rights. The solution: Universities can point the students to collectives, new off-campus entities that steer financial opportunity to a particular college’s athletes. “The goal of what we’re doing at MarketPryce Florida is to make the University of Florida a recruiting powerhouse,” says MarketPryce Florida collective co-founder Jason Bergman. “We want (UF) to be the best school when it comes to NIL.”

The collective is a non-profit subsidiary of the for-profit MarketPryce, a national marketplace where athletes can find businesses offering deals and learn what they must do in return — social media shout-outs, mostly. Co-founded in 2021 by Bergman and Shehryar Khan with an investor group populated by Gator alums, it has done more than 6,000 athlete deals nationally with Walmart and others. Athletes pay monthly — starting at $8 a month — to participate; agents start at $99 a month.

The collective, in contrast, is funded by donors who are promised that 100% of their money goes to athletes. Because athletes are supposed to provide value for money they receive, the collective sends them to promote an area business, which is chosen in a raffle. It’s kind of a community service play. One winner: The Gainesville location of ice pop chain Hyppo. “It was really cool to see so many athletes posting about the Hyppo and people commenting on how much they love our shop,” says Drue Jaquish, the store’s general manager.

As of April, the collective had nearly 100 of UF’s 600 athletes signed up. It’s seeking 501c3 status that would allow it to get employer matches from donors’ employers.

Collectives announced to support athletes at other Florida institutions include Gator Collective (UF), Mission Control (UCF), Warpath and Rising Spear (FSU), Bring Back the U (UM) and Inside the Cage (FIU).

Athletes sign endorsement deals with a hodgepodge of businesses from multinational brands to the local pizza shop. Colleges are supposed to track them all. Helping colleges meet their compliance duties, Fort Lauderdale lawyer and entrepreneur Peter Schoenthal saw opportunity. He founded Orlando-based Athliance two years ago. Its software and consulting services enable athletes to disclose their deals to their colleges, comply with tax filing requirements and, via a partnership with Financial IQ, take financial literacy education, which Florida law mandates colleges provide to athletes. “Athletes right now have so much on their plates,” Schoenthal says. The colleges are Athliance’s customers — $15,000 annually — but the company also has partnered with collectives and marketing platforms. Revenue generating but not yet profitable, Athliance recently raised $2.75 million to fund growth. Advisers include Hall of Fame quarterback Dan Marino. In Florida, Athliance contracts with Nova Southeastern University, Embry-Riddle Aeronautical University and Rollins College.

John Ruiz wants to lavish money on Miami area athletes. As of February, according to college endorsement deal authority Kristi Dosh, who’s been tracking Ruiz’s work, he had signed 54 UM and FIU football, baseball, volleyball, swimming and golf players to $1.5 million in name, image and likeness deals. Canes quarterback Tyler Van Dyke got a $50,000 deal as did linebacker Gil Frierson. The lowest paid football player was a running back making $30,000.

“(John) is giving the Hurricanes the opportunity to compete with Alabama and LSU,” agent Drew Rosenhaus said on canesreport.com, according to the Miami Herald. “This will help (new coach) Mario Cristobal get the best players and keep them out of the transfer portal.”

Ruiz got his undergraduate degree at UM and his law degree at Nova Southeastern University. As a trial lawyer, he’s amassed a long list of successful class-action cases, mass torts and settlements. He also owns boat company Cigarette Racing Team. But he became a billionaire thanks to data analytics. His MSP Recovery, which health care organizations use to maximize financial recoveries from Medicare, Medicaid and other payers, is worth billions. The athletes that he signs are hired to promote LifeWallet, an app that locates and organizes medical records, allowing first responders and health care practitioners access to a patient’s health history.

Florida wasn’t the first state to pass legislation allowing college athletes to make money by selling their name, image and likeness rights — California was — but Florida’s law took effect first. The state was joined by Alabama and others unwilling to wait for the NCAA to liberalize its rules. Now, however, the early movers are having second thoughts.

Under Florida’s groundbreaking law, college athletes were allowed to be paid for use of their name, image and likeness. Their colleges couldn’t “unduly” restrict them from hiring an agent or attorney to secure endorsement income. Nor could colleges cut an athlete’s grant-in-aid because they earn NIL money. Athletes are required to disclose their deals to their colleges, and colleges must provide financial literacy and life skills workshops to athletes. Additionally, colleges and specified people and entities associated with them can’t compensate or cause compensation to be directed to an athlete or prospect.

The NCAA, after Florida acted, settled for a laissez-faire approach that prohibits pay-for-play and recruiting inducements. The NCAA wanted Congress to set the NIL rules nationally, but Congress hasn’t.

Now, states like Florida are seen as having a more restrictive law than other states that never passed one and just go with the NCAA policy. Alabama this year repealed its law rather than fall behind in the NIL competition. Florida lawmakers this year considered amending the state law but took no action.