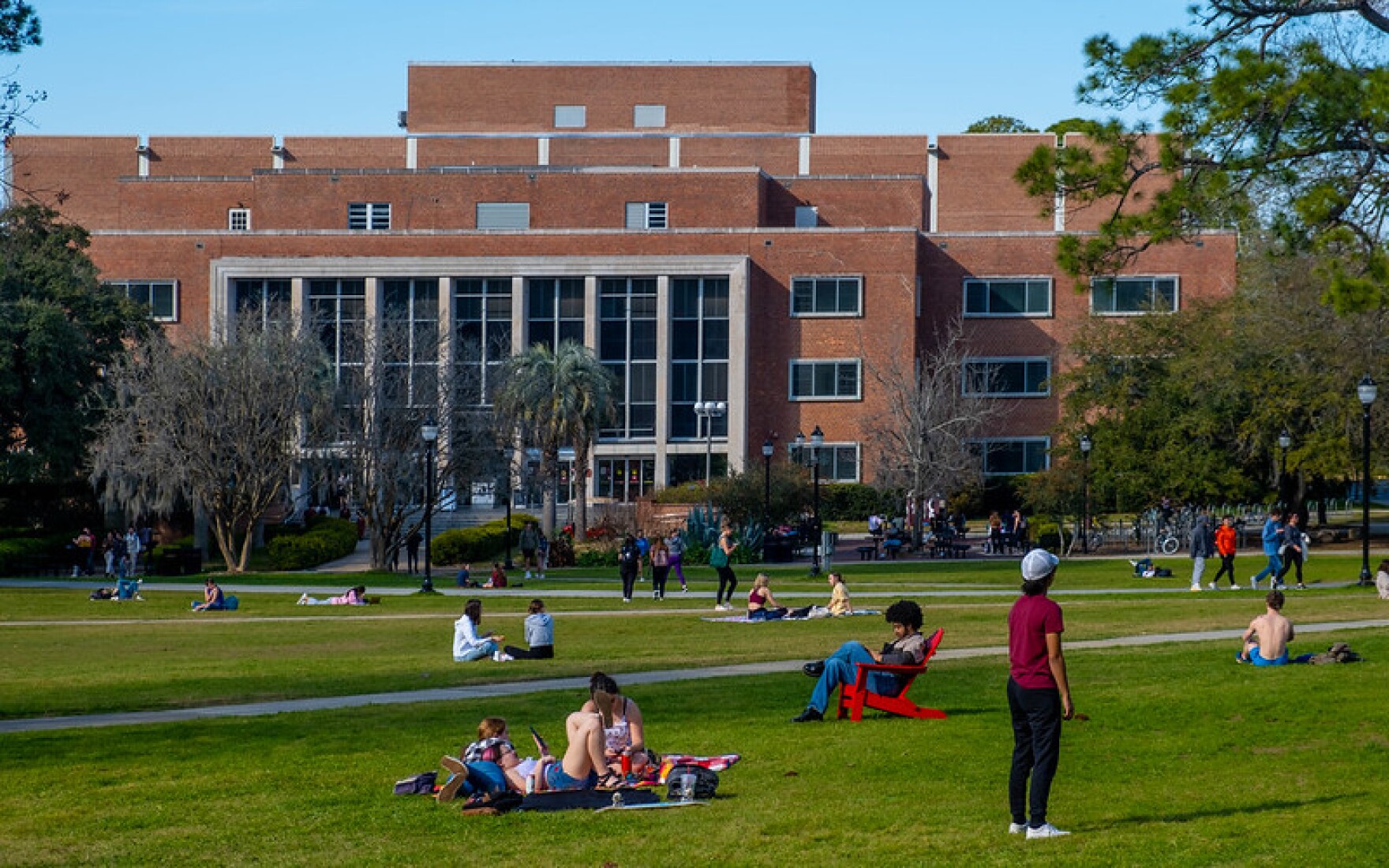 Saying organizations that accredit colleges and universities have an “inordinate amount of power,” Gov. Ron DeSantis signed a bill Tuesday that will force schools to periodically change accreditors. The measure (SB 7044) also significantly changes the process of reviewing professors’ tenure, a provision that has drawn ire from the state’s largest faculty union. Colleges and universities under the law will be required to change accreditors at the end of each accreditation cycle, a process that can take as long as 10 years. The law will take effect July 1. More from the News Service of Florida and WUSF.

Schools and families throughout Florida grappled with questions after the Department of Education rejected a historic number of math textbooks, offering few details about the books' contents or the allegations by state officials that book companies tried to indoctrinate students on subjects such as critical race theory. School districts — including some that already adopted books for the fall semester — scrambled to adjust their plans. Meanwhile, one lawmaker questioned who evaluated the books, and the statewide teacher's union called for more transparency. More from the  Palm Beach Postand WPTV.

Florida pulls out of CDC survey on students’ drinking, drug use and suicidal thoughts

On the heels of the state’s so-called ”don’t say gay” law, the Florida Department of Education has quietly dropped out of a 31-year-old CDC survey of students that includes questions of mental well-being, suicidal thoughts, sexual orientation and gender identity. Mental health advocates called the move “an incredibly dangerous precedent” and said the data produced by the survey is essential for understanding the struggles of adolescents and teens and guiding public policy. [Source: Orlando Sentinel]

The only historically Black university in South Florida is hoping to be upgraded from probation to good standing by its accreditation body in June. Representatives of the Southern Association of Colleges and Schools Commission on Colleges were impressed when they visited the Florida Memorial University campus last week, the Miami Herald reported. In 2019, the accreditation body placed the university on “monitoring” status for failing to comply with all of its mandatory standards. [Source: AP]

Moez Limayem has an ambitious goal for the University of South Florida’s Muma College of Business. He wants the school to become “the best, hopefully, in the country in fintech education and fintech innovation and entrepreneurship.” “That’s how we want to distinguish it,” said Limayem, Muma’s dean. “Any school in business now, in finance, in management, you don’t want to be a plain vanilla school, right? You want to be known for something and really strive to make it one of the best.” On Monday, USF got a big push in that direction. [Source: Tampa Bay Times]

› Mote Marine Laboratory, Pace Center for Girls renew partnership for STEM education [Sarasota Herald-Tribune]
Mote Marine Laboratory & Aquarium and partners at Pace Center for Girls will provide year-round monthly STEM programming for 40 Manatee County students thanks to The Bishop Parker Foundations Fund of the Manatee Community Foundation. This is the seventh year of the partnership between Mote and Pace, which works to create an environment that fosters the long-term growth and development of young women in the community.

› Pinellas School Board picks three finalists for next superintendent [Tampa Bay Times]
Skipping past a semifinalist round, the Pinellas County School Board on Wednesday picked three of 19 applicants to interview for its looming superintendent vacancy. Board members chose Pinellas chief academic officer Kevin Hendrick, Denver Public Schools deputy superintendent Michael Ramirez and Marion County schools area superintendent Ann Hembrook as finalists to replace Mike Grego, who is retiring after a decade in the post.

› UCF medical school grad sues ORMC, says mix-up derailed her career [Orlando Sentinel]
Wanting to help others during times of severe need, Natalie Bonthius said she has worked toward her goal of becoming an ER doctor since she was a teenager, going on to complete college and enroll in the University of Central Florida’s medical school. But Bonthius’ hopes for an emergency medicine residency following graduation were soon dashed, as she was not accepted to any of the programs where she applied, which she attributes to a mediocre evaluation submitted by an ORMC doctor on her behalf.

› SPC to open new collegiate high school in downtown St. Petersburg [Tampa Bay Times]
St. Petersburg College is bringing its collegiate high school program to a third location, this time enrolling ninth-graders with the hope of preparing students for careers in science, technology, engineering and math. “Our goal is to increase their economic mobility and to prepare them to be very successful to enter the workforce or to continue their post-secondary education,” said Starla Metz, SPC’s associate vice president for the schools.