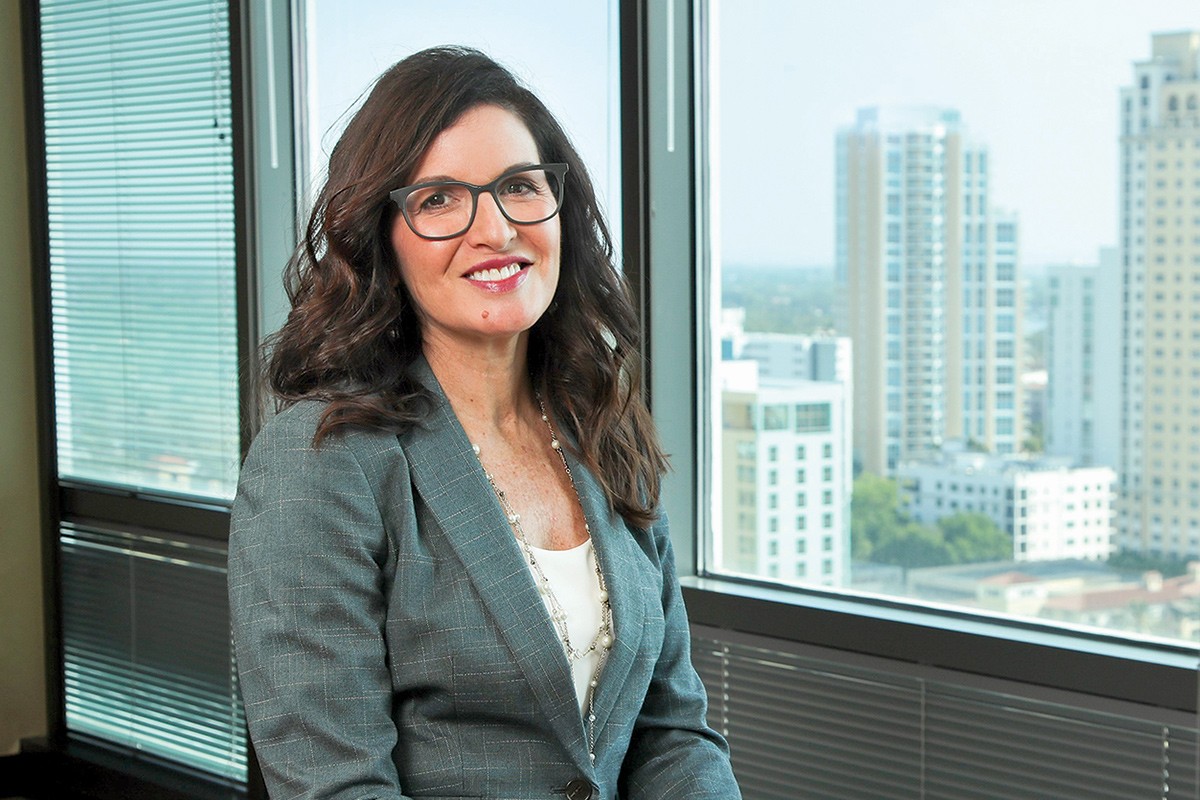 Melissa Seixas, President, Duke Energy Florida, says "Despite the temporary increase in coal use, we remain on track to meet our long-term goals of carbon reduction." 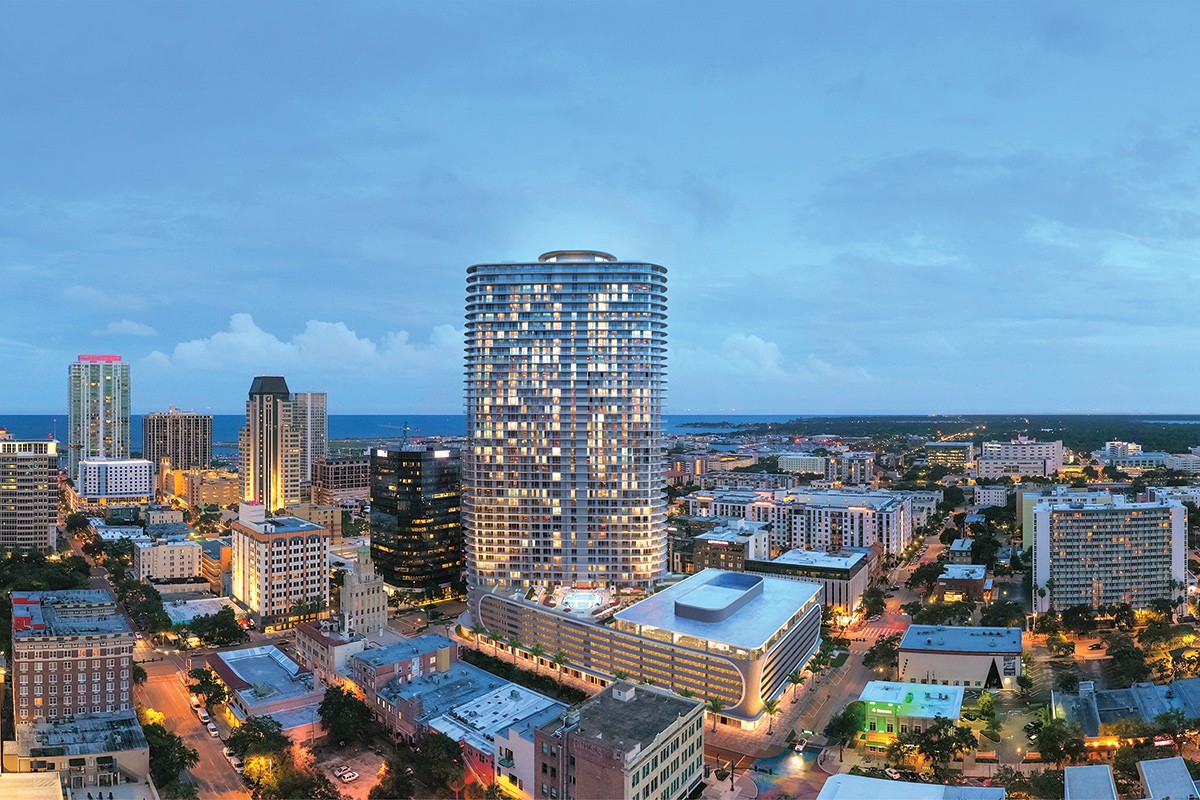 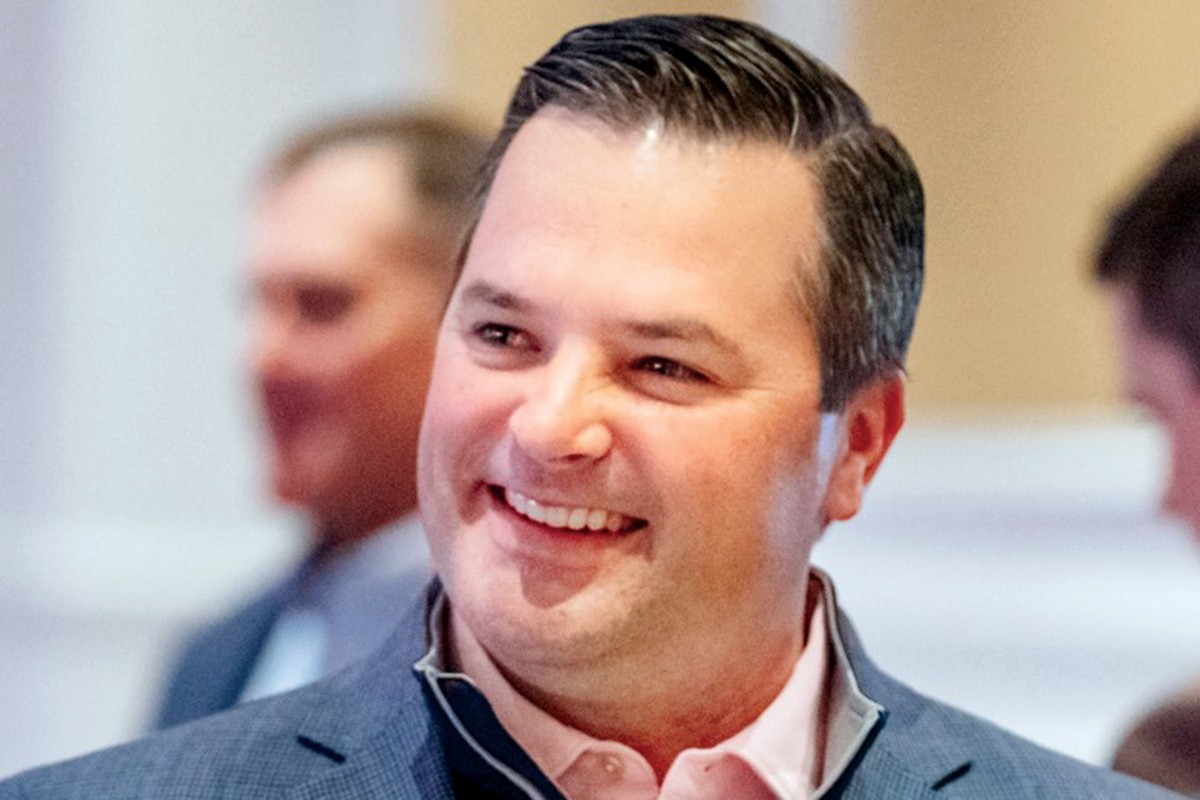 Chad Loar, President, West and Central Florida Region, PNC Bank, Tampa says: "Tampa-St. Pete's construction sector was also a strong contributor to economic growth in the past year, and employment in the sector is above the pre-crisis level." 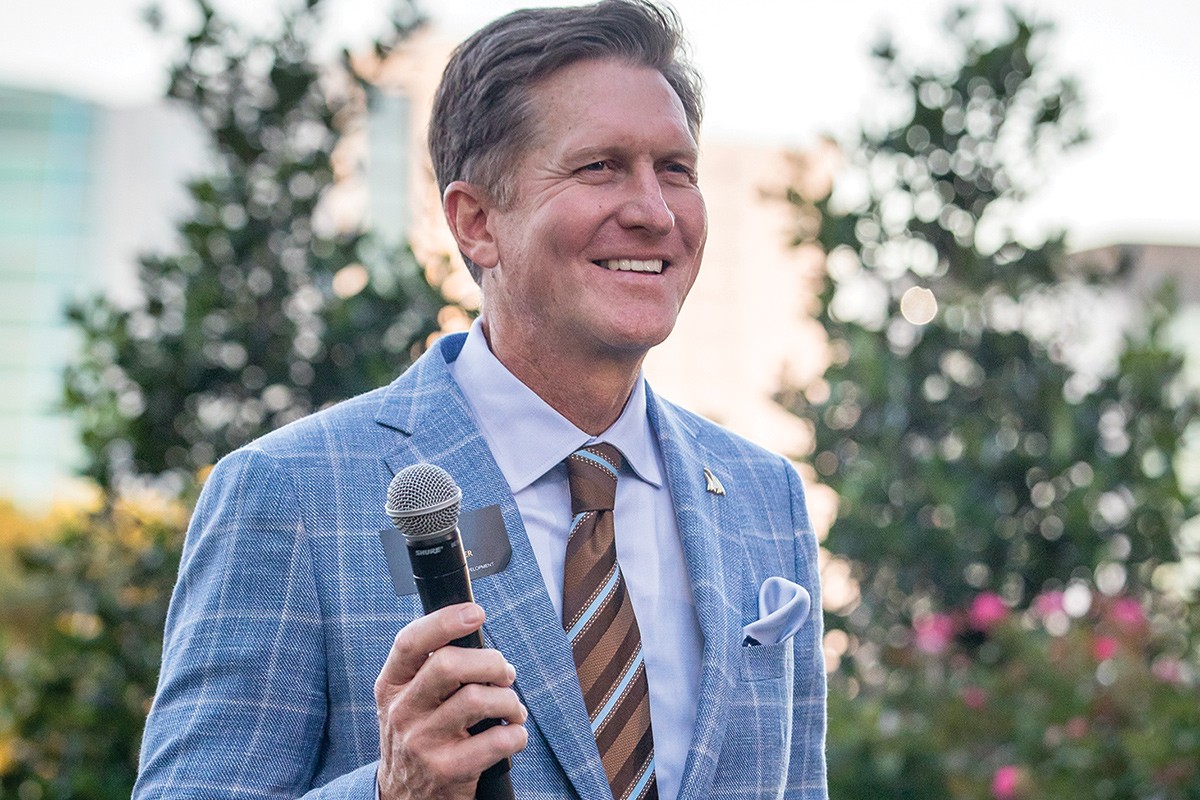 “The population boom in Tampa Bay and most of Southwest Florida has fueled an increase in housing demand and prices and brought in additional talent from California and other places that don’t normally drive growth in the region," says Joe Collier, President, Mainsail Lodging & Development, Tampa. 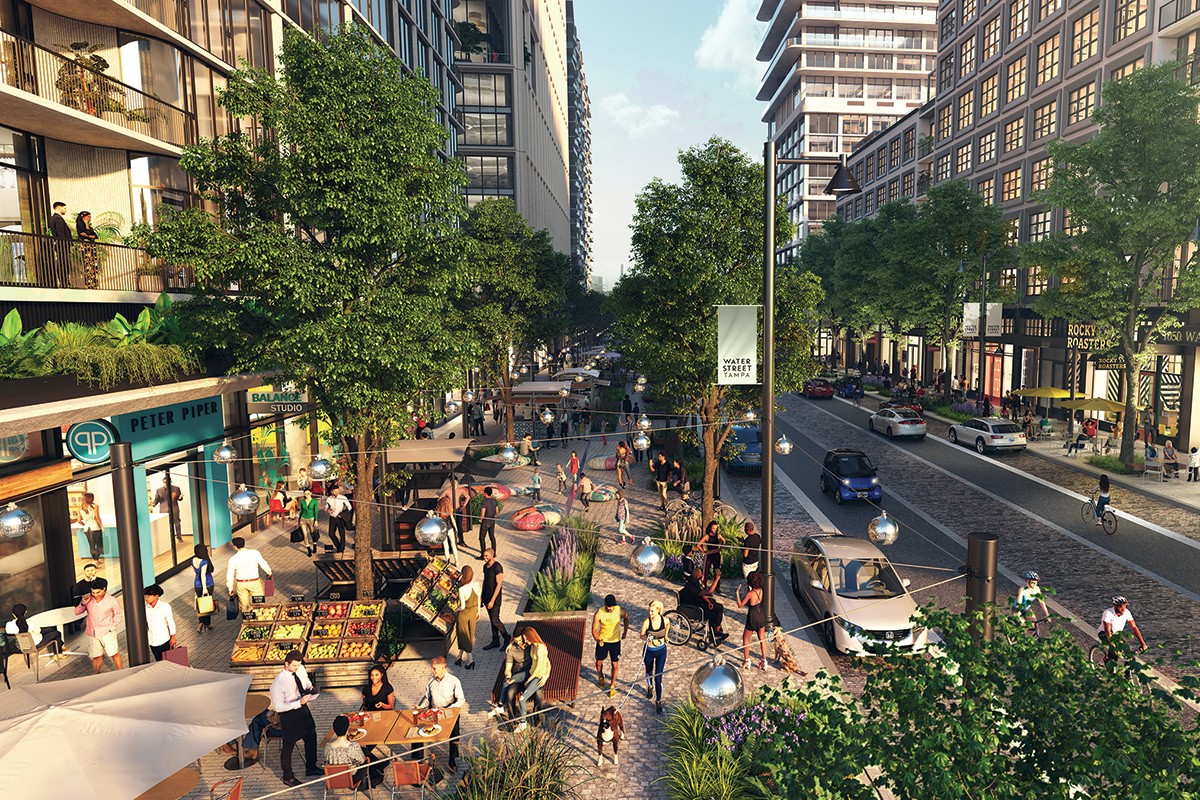 A residential tower with 497 units and called 1050 Water Street, is scheduled to open this year.

“Since January 2021, natural gas prices have more than doubled after a number of unique events drove up the price and drove down supplies. This is not only impacting utility companies but a variety of industries that rely on natural gas.

Duke Energy is managing our fuel and generation resources in the most cost-effective manner for our customers given current markets. Higher gas prices have led to increased coal-fired generation companywide. We see this trend continuing for the short- to mid-term until natural gas supply, demand and storage inventories rebalance.

Despite the temporary increase in coal use, we remain on track to meet our long-term goals of carbon reduction.”

Red Apple Real Estate, a New York developer, plans to build 400 Central, a $400-million, 46-story condominium in downtown St. Petersburg that, if completed as planned, will become the city’s tallest building. The 1.3-million-sq.-ft. tower will include 301 condos and a 223-room hotel with more than 15,000 square feet of meeting and event space. The project will encompass an entire city block and includes more than 50,000 square feet of retail and office space.

The Clearwater Beach Marina will undergo an estimated $18 million in renovations. Repairs include upgrading its 160 boat slips, replacing aging wooden pilings and rebuilding the marina’s water, sewer and electric utilities. The marina was built in the 1950s.

“The population boom in Tampa Bay and most of Southwest Florida has fueled an increase in housing demand and prices and brought in additional talent from California and other places that don’t normally drive growth in the region. This has resulted in connections and opportunities in other industries and created a positive cycle of growth as our economy expands to support these new residents. Our hotels in the region initially took a huge hit from COVID-19 but rebounded quickly as Florida opened up and both locals and out-of-state travelers took advantage.

We’ve been particularly pleased at the success of our new Luminary Hotel in downtown Fort Myers, which opened during the pandemic. The hotel is attached to the Caloosa Sound Convention Center, so we were naturally concerned that the lack of large-group events would put us underwater for a while. Fortunately, the opposite occurred, with the hotel knocking it out of the park with small gatherings, social activity and new visitors, and more big group bookings in 2022.

We’re also developing an adjacent amphitheater in conjunction with the city that should be ready by spring. We consider ourselves lucky to be in a region with so much to offer and a strong economic outlook and are confident the hospitality industry will continue to thrive as we move into 2022.”

“The economic recovery from the viral recession in the Tampa-St. Petersburg- Clearwater region has been stronger than the national average. After losing 172,000 jobs between February and April (2020), job growth has been strong in the region. The professional and business services sector, which makes up around 20% of total employment in the region, has shown resilience and weathered the COVID storm. Employment is now a strong 13% above the pre-crisis level.

PNC’s fall economic outlook found that business owners are feeling optimistic about the near-term future of their businesses amid increasing vaccination rates. Those who participated in the survey said that more than three-quarters of their workforce has been vaccinated and are the most positive about their business outlook. This includes expectations for higher demand, sales and profits than companies reporting a lower rate of employee vaccination.

Tampa-St. Pete’s construction sector was also a strong contributor to economic growth in the past year, and employment in the sector is above the pre-crisis level. Very low borrowing costs, strong consumer balance sheets and strong demographic trends have supported the demand for housing in the region. The leisure and hospitality sector has advanced considerably since the pandemic began, but non-farm payroll employment in the sector stood at 7% below the pre-pandemic level, as of August. The continued spread of the Delta variant and the labor shortage crisis have weighed on the sector. Consumer spending on services and housing will support the economy in early 2022. Overall, Tampa’s economic outlook is bright.”

Wingspan Development Group, a Chicago-based developer, is building a micro-apartment complex in Tampa’s Hyde Park neighborhood. The six-story project, called Niche, will have 83 units, each with fewer than 400 square feet of space. The micro units will be equipped with movable furniture that will allow rooms to be reconfigured to allow the space to do double duty— for example, a living room or an office during the day can be transformed into a bedroom at night. Niche, expected to open in 2023, will also have 168 traditional-sized apartments of up to three bedrooms. Rents will start at less than $1,000. The Omega condominium tower in Bonita Bay is under construction and should be completed by the end of the year. The 27-floor project, developed by the Ronto Group, will have 67 units ranging from $3.9 million to $8.5 million. Collier County commissioners approved a slightly scaled-down version of the One Naples condominium development near Vanderbilt Beach. Southwest Florida-based Stock Development will build 140 units, down from a proposed 172. The project includes two 10-story towers and three five-story buildings.

Tampa General Hospital plans to start construction this spring on a free-standing proton therapy center. The project is a partnership between Tampa General and the Florida Cancer Specialists & Research Institute, along with Proton Therapy Partners and Florida Urology Partners. The proton therapy facility will be the first such facility in Tampa Bay. Moffitt Cancer Center plans to establish a 775-acre campus in Land O’ Lakes in Pasco County, where the National Cancer Institute-designated Comprehensive Cancer Center intends to develop 1.4 million square feet of research, manufacturing, office and clinical space.

Components of the $3.5-billion Water Street Tampa project continue to open and attract residents and businesses to downtown Tampa’s waterfront. Rapid7, a cyber-security firm based in Boston, plans to open an office in Industrious, a shared workspace facility in Water Street’s Sparkman Wharf. The company says it will hire 100 and open a permanent office later this year. San Francisco-based Fast, an online payment services firm, established an east coast hub in the Water Street area last year. Residential developments include Cora, a 388-unit apartment building that opened late last year. Another residential tower, this one with 497 units and called 1050 Water Street, is scheduled to open this year.

President, Naples Board of Realtors, Naples

“It’s no secret that the healthy real estate market in Southwest Florida has been one of the few bright spots of the pandemic in 2021. As remote work becomes the norm, Southwest Florida is seeing a boom of new residents, particularly in the luxury sector. This, coupled with historically low interest rates, means that today’s homeowners are in much better shape financially than those in the early 2000s.

2022 is looking like it will operate along the same lines as 2021, with a slight cooling of demand for housing due to factors such as continued lack of supply in the resale housing market and the potential rise in interest rates.”

Pandemic’s Lessons: “One of the positives that has come out of the pandemic was a strengthening of community partnerships, including hospitals, health-care organizations, fire/ EMS, county and county emergency management, law enforcement, faith-based organizations, among many others. With any further health events, I feel we are in a better position to mobilize the partnerships and upscale various resources.”

Keeping Up: “During the pandemic, DOH-Pinellas tried to balance the staff needed for the COVID-19 response with the staff needed to maintain our other services. To that end, we hired a number of additional staff to assist with epidemiologic investigations, vaccine outreach and call centers. The bigger concern that we noted during COVID-19 is that people were deferring needed health care due to concerns about the pandemic.”

Looking Forward: “I am cautiously optimistic that the worst of the pandemic is behind us, based on current trends and case numbers. Our surveillance unit continues to monitor trends. We need to track what is occurring throughout the world as the majority of the variants of concern have originated outside of the U.S. It is also important to continue to encourage people to get the COVID-19 vaccines as they have consistently shown to prevent severe disease.”

“Demand for project-ready industrial properties has never been higher as speed-to-market puts pressure on companies to make quick and informed location decisions while allocating precious time to design, construct and open a new facility.

Pasco County boasts a Ready Sites Program that assesses, evaluates and certifies large tracts of land to prepare properties for industrial development and creates a portfolio of project-ready sites for targeted industries.

Moffitt Cancer Center recently announced a 775-acre campus in central Pasco County. The project will be a first-of-its-kind medical campus in Pasco County and will include over 16 million square feet of research labs, light industrial and manufacturing, general office and clinical space. The multi-year, multi-phase project will create an estimated 14,500 jobs. Filling that many specialized life sciences positions has made developing a long-term talent pipeline solution for multiple industries a top priority for workforce partners across the county.”