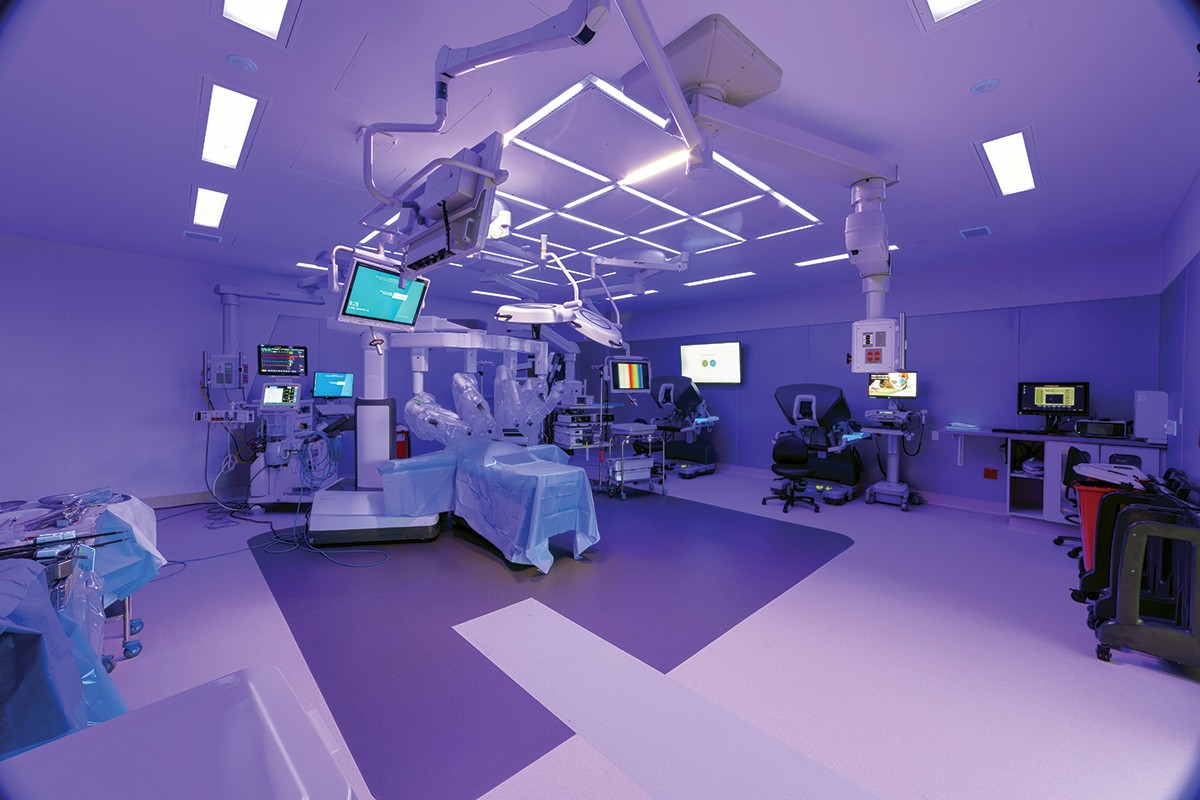 The 300,000-sq.-ft. Taneja Center for Surgery's 18 operating rooms are some of the largest in Tampa Bay. 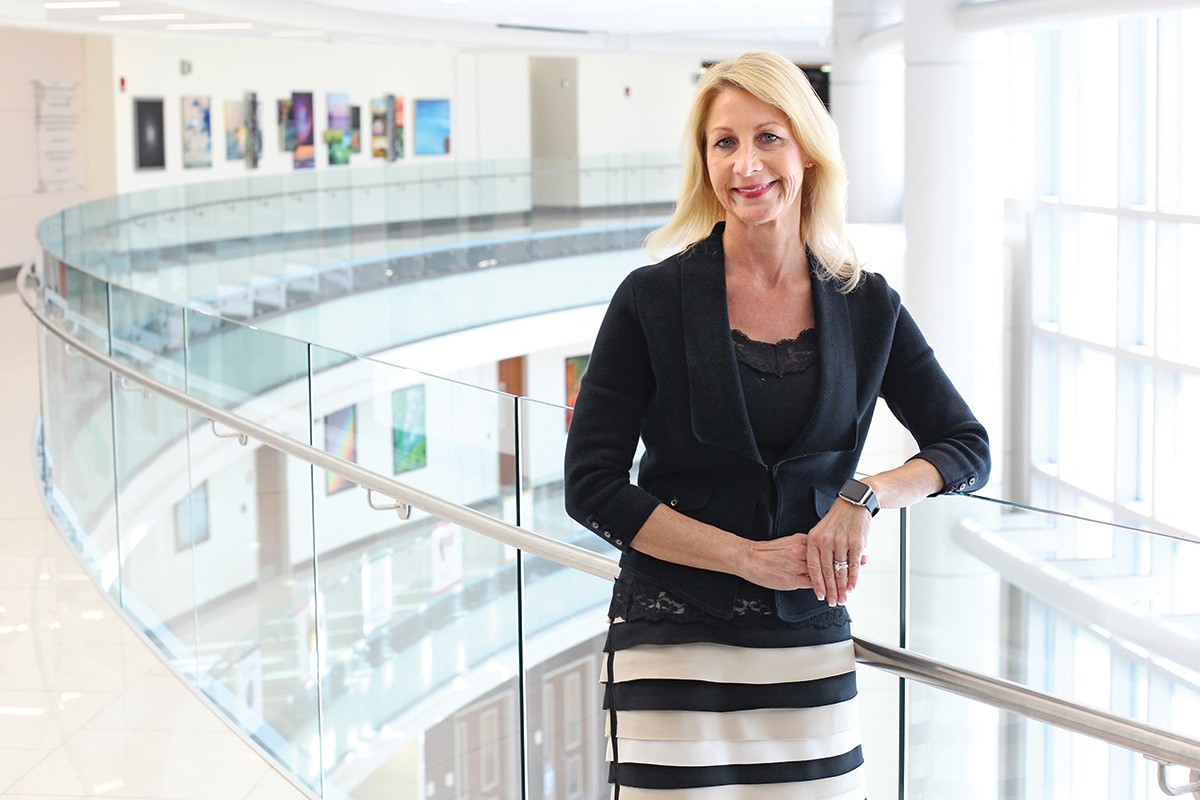 AdventHealth Tampa has opened its $256-million, 300,000-sq.-ft. Taneja Center for Surgery to lead the hospital’s efforts in robotic surgery. The center’s 18 operating rooms are some of the largest in Tampa Bay — most are more than 750 square feet and 300 square feet larger than some of AdventHealth Tampa’s older operating rooms, allowing space for new robotic-surgery equipment, such as the Intuitive daVinci robotic-assisted surgical system and the Synaptive Medical BrightMatter Guide with the SurfaceTrace Registration 3-D brain-mapping system.

The rooms are equipped with disinfecting indigo-colored lighting and have ceiling-based air systems to ensure fresh airflow and contamination control. “The new surgical suites in the Taneja Center for Surgery at AdventHealth have been designed to create a premier surgical facility for the Tampa Bay area,” says Denyse Bales-Chubb, president and CEO of AdventHealth Tampa. “We are now changing the face in how health care will be delivered for decades to come both in terms of expertise and advanced technology.”

The six-story center also has 96 private patient rooms and space to add another 36 rooms.

Tampa General Hospital’s inpatient services for children has been given an official name — TGH Children’s Hospital. Along with the new name, the hospital is planning renovations to its pediatric facilities, including updates to patient rooms and nurses stations and lounges, as well as improvements to a children’s playroom and therapy gyms. Work on the first phase is estimated to cost $7.5 million.

HCA Healthcare West Florida plans to build a $50-million center for endocrine surgery as part of an expansion of Memorial Hospital of Tampa. The 75,000-sq.-ft. facility, which will consolidate HCA Healthcare’s endocrinology services at Memorial Hospital with the chain’s Medical Center of Trinity, is expected to open later this year. Endocrine surgery typically entails removing thyroid, parathyroid and adrenal tumors. Tumors and cancers of the thyroid, parathyroid and adrenal glands are often identified during routine lab tests or X-ray scans, but an estimated 50% of parathyroid tumors and more than 75% of adrenal tumors typically go underdiagnosed. “This is a highly underserved patient population that will benefit greatly from surgery that leads to improved outcomes,” says Dr. Ravi Chari, president of HCA Healthcare West Florida.

Mease Countryside Hospital in Safety Harbor has a new four-story, 150,000-sq.-ft. building with more than 100 patient beds, bringing the hospital’s total number of beds to 387. The addition, along with a parking garage, cost $156 million.