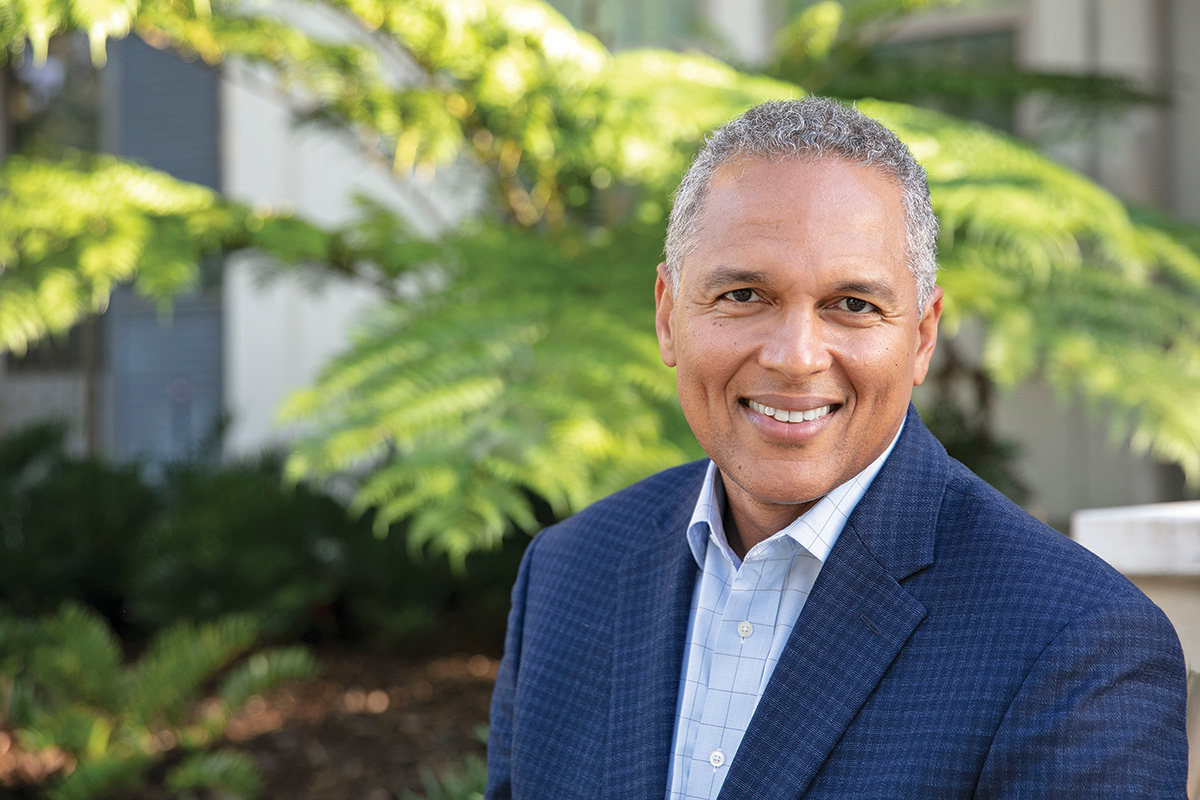 “We want to always acknowledge that there’s great movement going on, but there’s enormous complexity to the work.” — Eddy Moratin, President, Lift Orlando 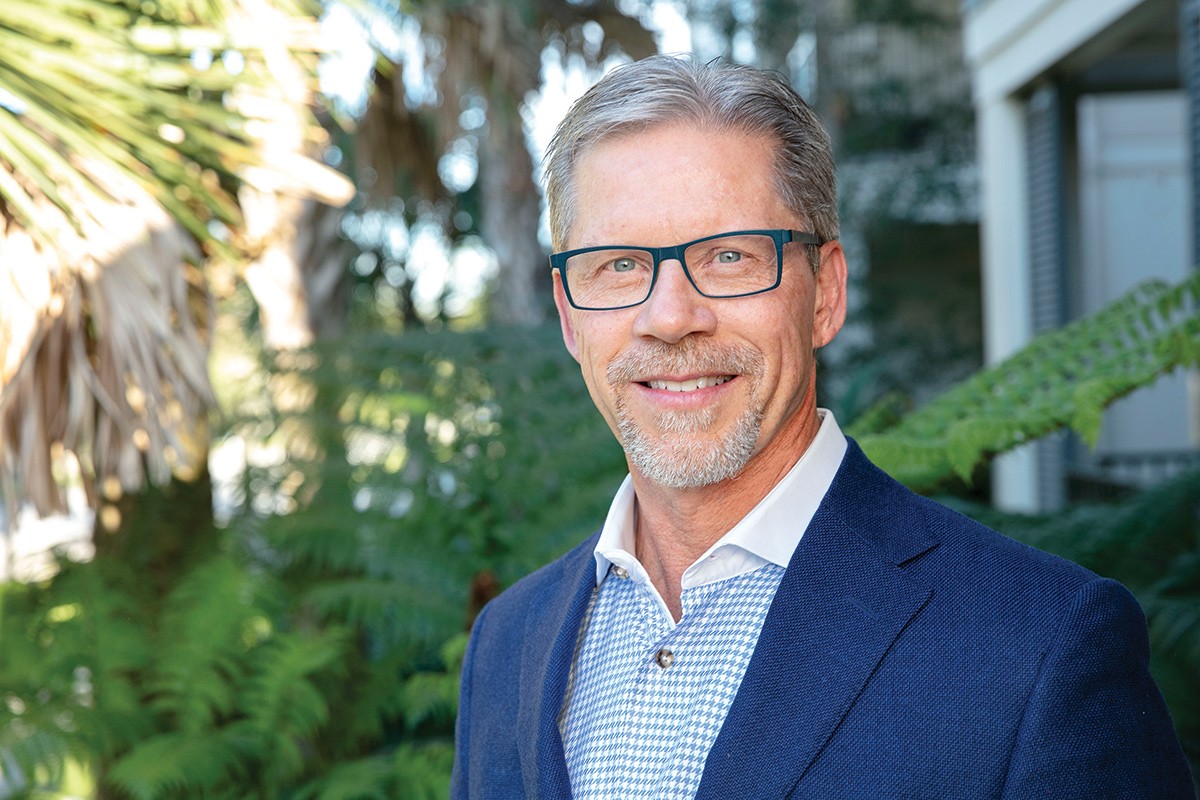 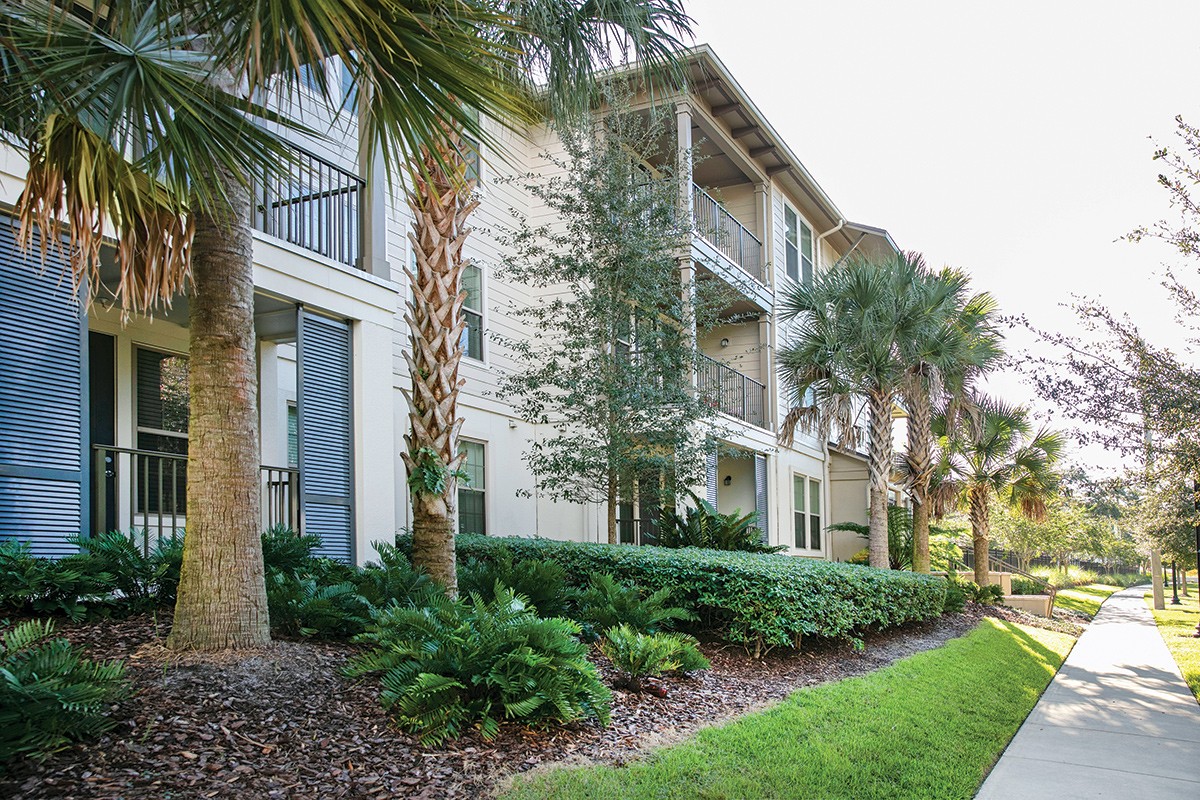 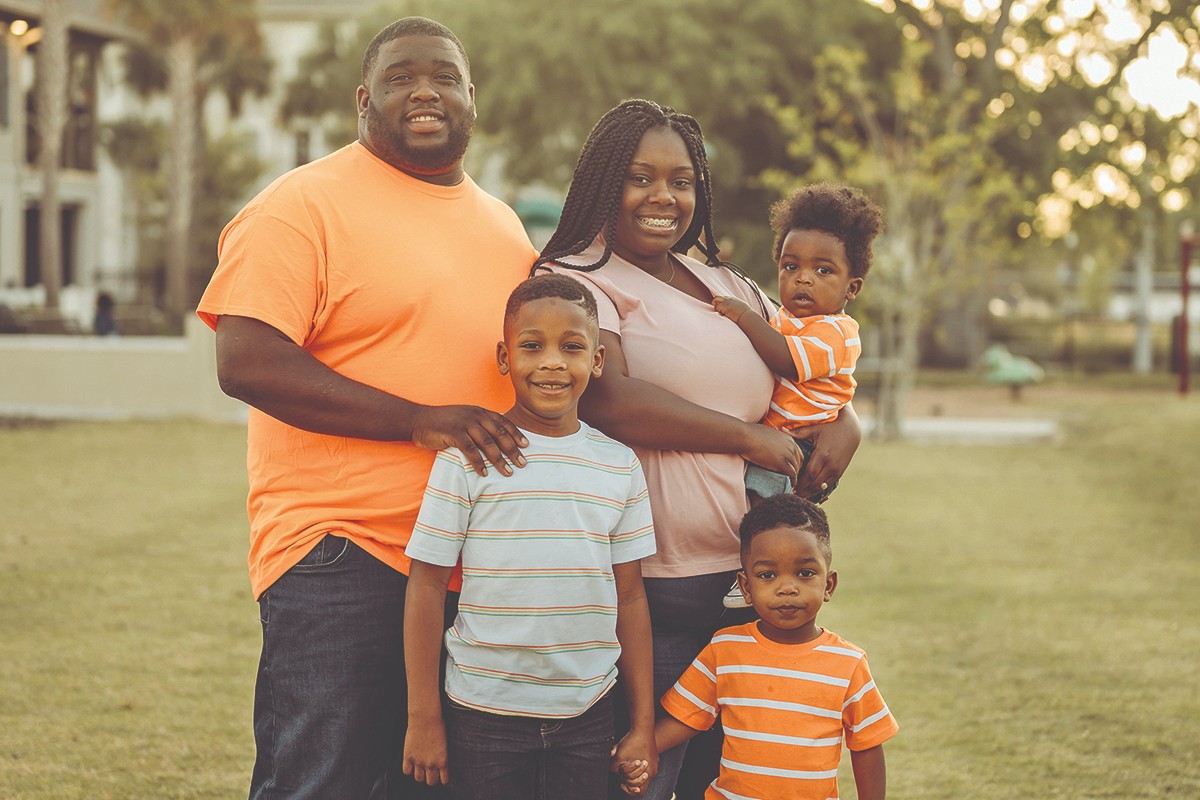 The Alfords live in the Pendana apartments. Rudy Alford’s wife grew up in the neighborhood, and he is now a groundskeeper for the company that built and manages the apartment complex. 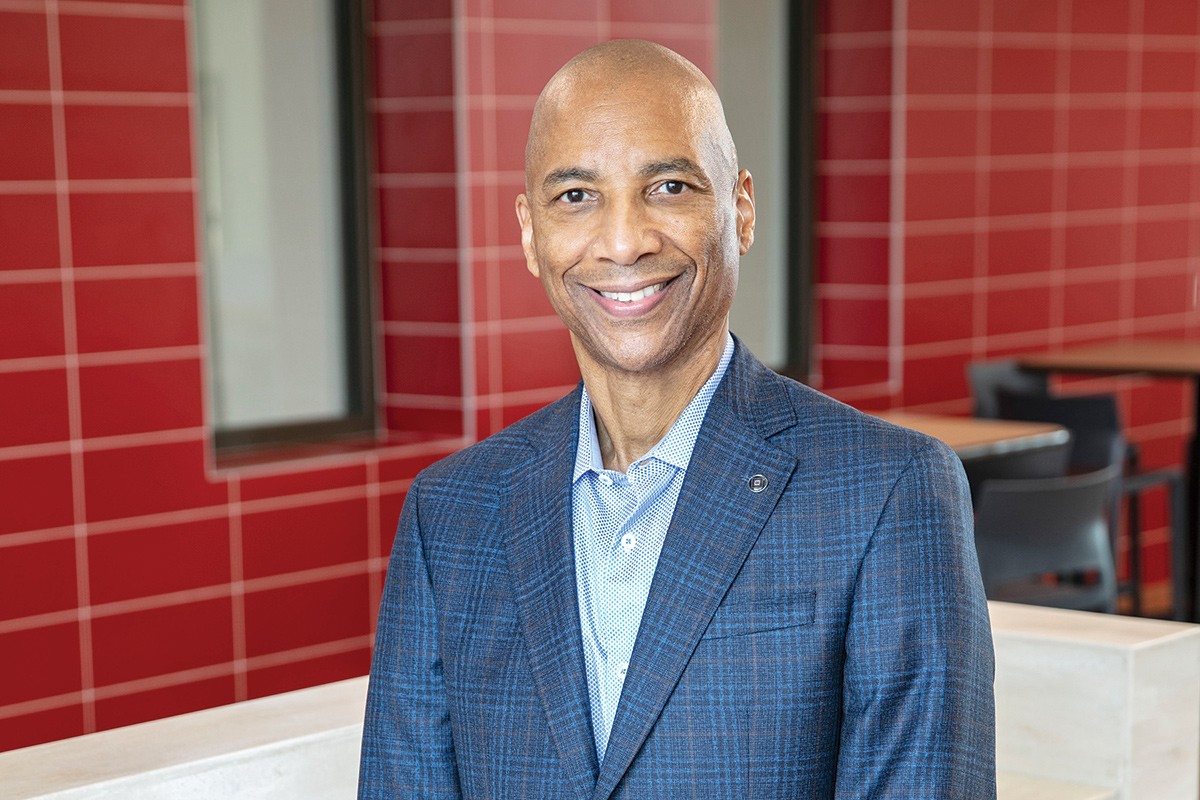 “We saw that this effort and this revitalization project involved the community. It wasn’t being done to the community. This was different.” — Tony Jenkins, Central Florida market president, Florida Blue. 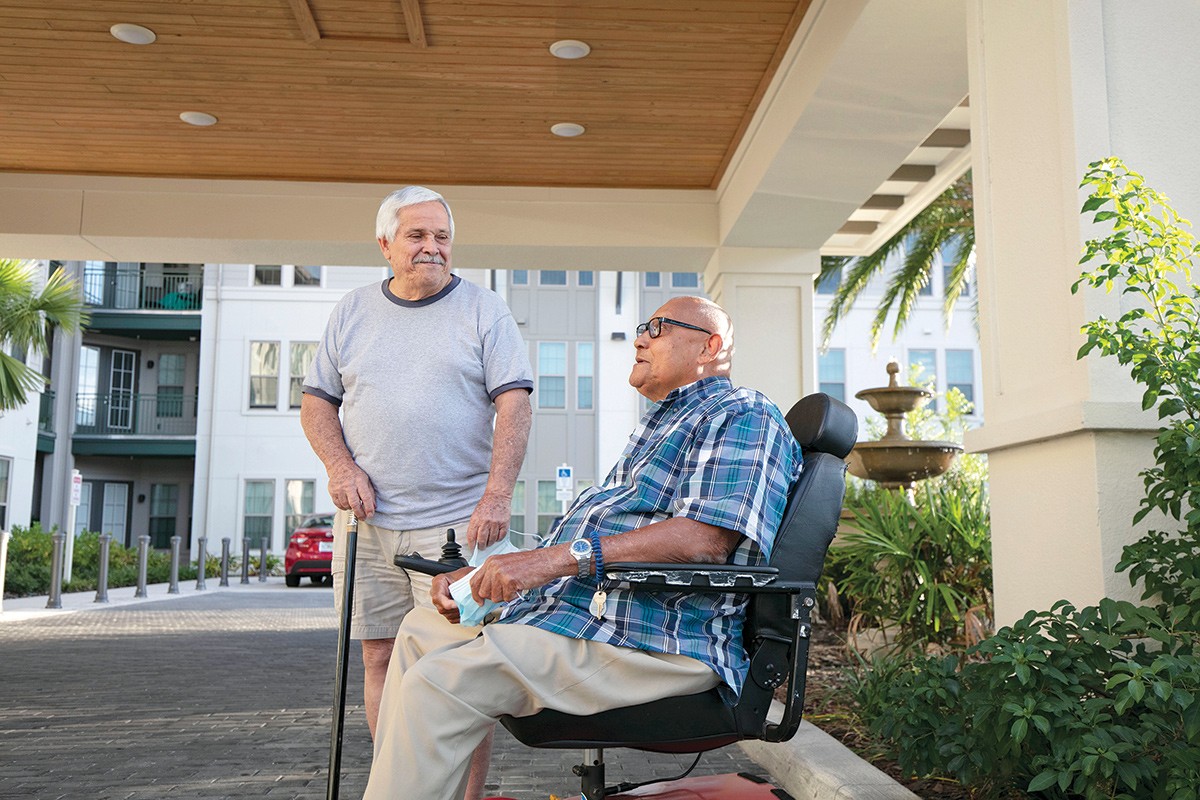 Ramon Escarfullery (left) and Estanislao Gonzalez Lopez live in the Pendana at West Lakes Senior Residences, which has its own movie theater and fitness center. 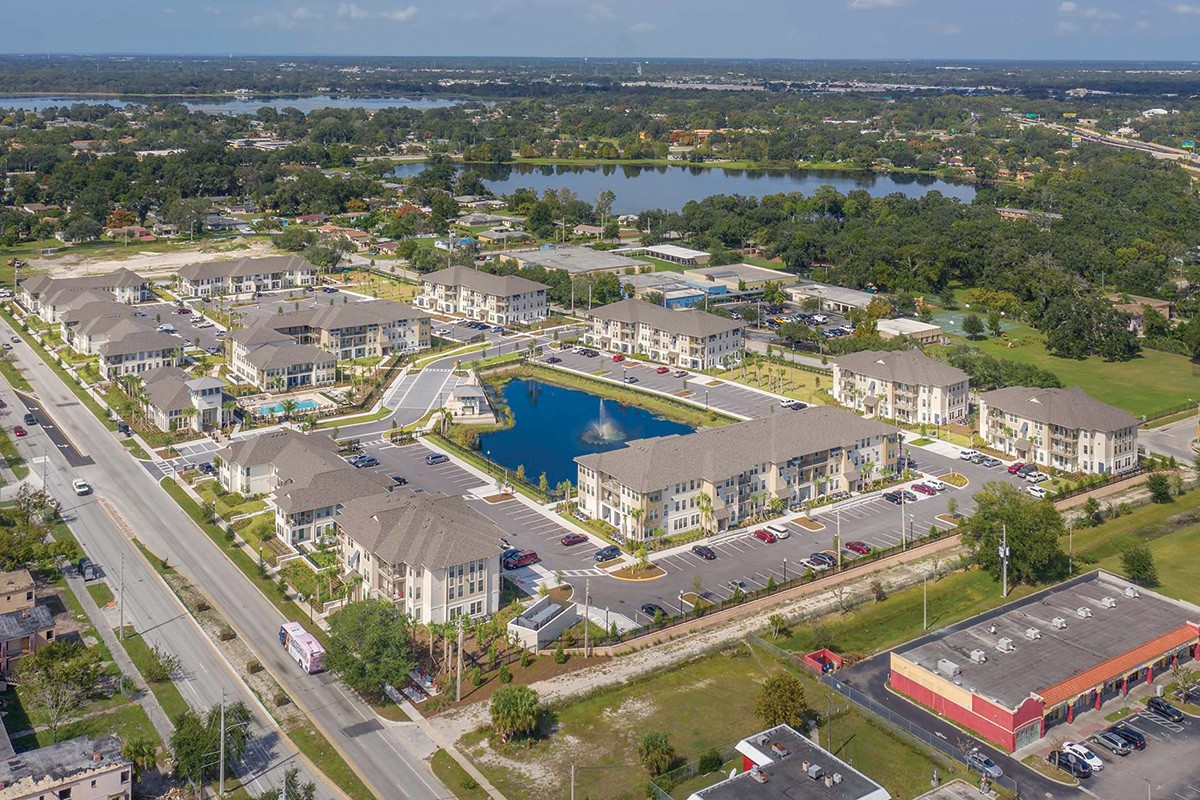 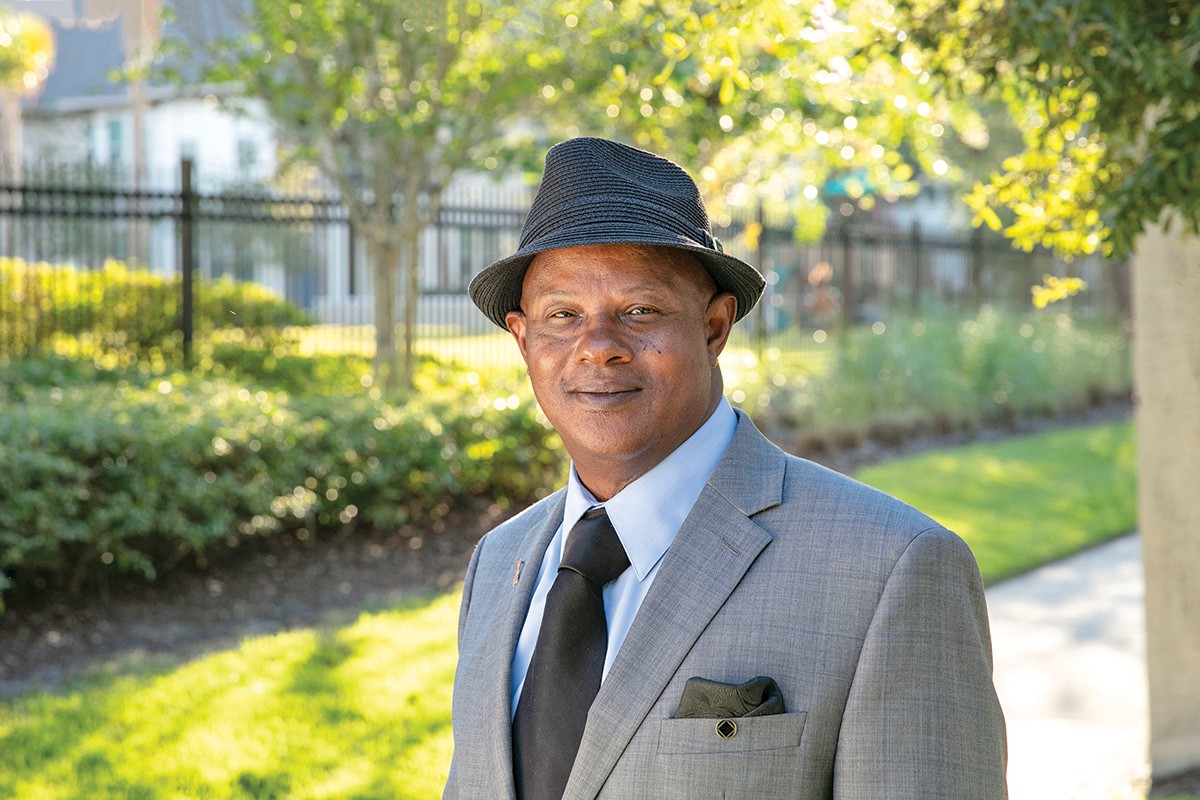 Ronald Jones, a Polis canvasser, helped persuade residents to participate in the redevelopment efforts: “They got to know us by our blue Polis shirts and started trusting us more.” 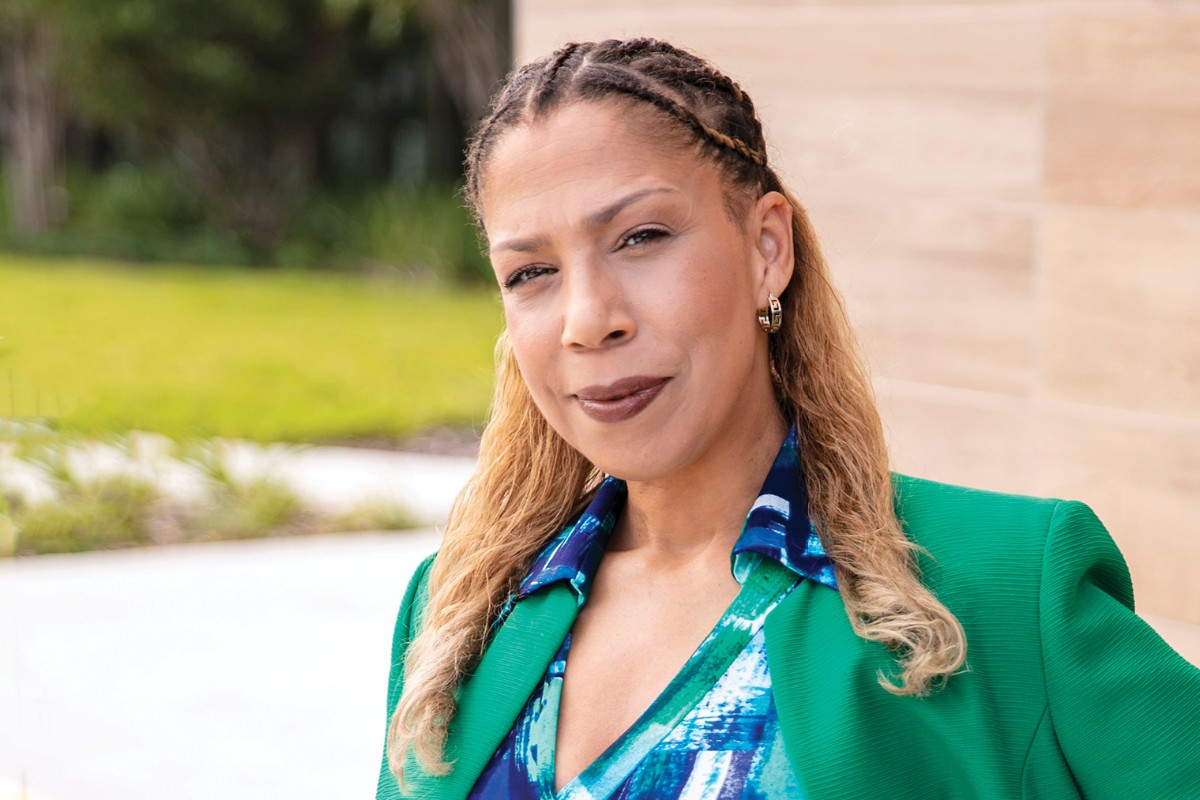 “There’s a blueprint to do this work in a way that leads to dignified results, rather than gentrification.” — Bahiyyah Maroon, CEO, Polis Institute

Floridian of the Year: Lift Orlando

In the 1940s, Orlando’s Parramore neighborhood just west of downtown was the city’s largest African-American community and one of the only communities where black people could live under the segregationist laws of the era. By the early 1950s, a shift was underway.

New housing, marketed to black professionals, began cropping up a few miles west of Parramore, and as lending practices changed over the next couple of decades, the neighborhoods tucked in between Orange Blossom Trail (to the east) and John Young Parkway (to the west) grew into a thriving, middle-class black community of three-to five-bedroom, ranch-style houses along tidy, tree-lined streets.

“Basically, the people who lived in our area were educators and business-people,” recalls Shirley Bradley, a retired teacher who moved into the area’s Clear Lake (Bunche Manor/Hollando) subdivision in 1963 when the development was being built. Residents also included doctors, ministers and barrier-breaking public servants: Alzo Reddick, a teacher, grew up in Parramore, built a house in Clear Lake in 1978 and won a seat in the Florida Legislature four years later, becoming Orlando’s first black state representative. Orlando’s first African-American chief judge, Belvin Perry, and retired Navy Vice Adm. David Brewer III (who went on to become superintendent of Los Angeles County schools) also grew up in the neighborhood and now lives there again.

As the years went on, young black professionals who once might have chosen to put down roots in the 32805 ZIP code relocated to Orlando’s suburbs or elsewhere, and parts of the community surrounding Orlando’s Citrus Bowl began to decline.

Nowhere was the decline more evident than at Washington Shores Village, a sprawling, concrete-block apartment complex along Orange Center Boulevard. “It was nice at one point,” says Ronald Jones, who lived there in the 1980s but left after the apartments fell into disrepair under absentee landlords.

By 2013, more than a quarter of the residents living at the Washington Shores apartments were unemployed, the average tenant’s income was $9,235 and crime within the complex was 21 times the national average. “That was the most dangerous place in Orlando — shootings going on, killings going on, all the time,” Jones recalls.

As the neighborhood declined, the city found plenty of money to invest in civic infrastructure, including $207 million for a makeover of the Citrus Bowl (now called Camping World Stadium). Ironically, that makeover exposed some community leaders to conditions they might not otherwise have seen.

Tom Sittema, then CEO of CNL Financial Group, says he had never driven through the area until he and his wife passed through on their way to the Citrus Bowl football game at Camping World Stadium in January 2012. The “abject poverty” astounded him, he says. “The thought occurred to us: The children who are born and raised here, do they even have a chance?” Sittema says. The millions being spent to rehab the stadium made it seem all the more unjust, he says.

Sittema discovered others in the local business community — including Steve Hogan, CEO of Florida Citrus Sports, and attorney William Dymond of the Lowndes law firm — had similar reactions when they saw the neighborhood for the first time and felt the same way about trying to help.

Together, they launched a non-profit called Lift Orlando in 2013. The group’s mission: To leverage the renovation and investment of Camping World Stadium and other strategic investments as catalysts to “break the cycle of poverty” and transform the surrounding community. “We felt, wouldn’t it be cool if this would be one of the first sports and entertainment venues that could literally lift up a region around it? That was the vision,” says Hogan. “Could it be a beating heart? Could it connect at a vascular level to the people that live here? That was the big idea.”

Almost a decade later, the vision of Lift Orlando — which stands for learn, identify, focus and transform — is falling into place.

Lift Orlando’s 2021 milestones included the completion of $18 million in new projects — including the $9-million Jacqueline Bradley & Clarence Otis Family Branch Boys & Girls Club and the $9-million renovation of Lake Lorna Doone Park — and the groundbreaking on a $13.6-million health and wellness center, the cornerstone project of the West Lakes redevelopment effort.

Eddy Moratin, Lift Orlando’s president, says the group has invested more than $100 million in housing, education, health and economic development in the West Lakes neighborhood. About 25%, he says, has come from private donations. Lift has leveraged those donations through financing instruments, including low-income housing tax credits and new market tax credits. In addition, the group received a $4-million, no-interest loan from Dr. Phillips Charities that enabled it to acquire the Washington Shore apartments in 2015.

Today, where the Washington Shores apartments once languished sits Pendana, a fully occupied, mixed-income apartment building equipped with stainless steel appliances, hardwood-style flooring, a fitness center and other amenities. Across the street, a similar building provides 120 units of affordable housing to independent seniors. Nearby, a 16,000-sq.-ft. preschool operated by AdventHealth stands on what used to be a dumping ground littered with tires and abandoned cars. A few blocks away, next to Orange Center Elementary School, local kids and teens play basketball and take ballet lessons at the new Boys & Girls Club, now Central Florida’s largest.

Beyond the aesthetics are measurable signs of economic progress. Child poverty rates in West Lakes are dropping 16 times faster than the county average, and the community’s per capita income rose by $8,000 (from $12,427 to $20,425) between 2014 and 2018. “We actually saw a 65% closure of the gap between incomes in the neighborhood and the Orange County average ($30,855). Ultimately, we want to see that the rate of income match the region, maybe even exceed it one day,” says Moratin. “That’s a very bottom-line definition of what we do.”

Take a tour through an Everglades animal exhibit

While down in Sunrise for the Lightning-Panthers playoff series, Tampa Bay Times reporters visited Sawgrass Recreation Park on the off day to tour the Everglades, and they encountered a variety of species -- some more terrifying than others.