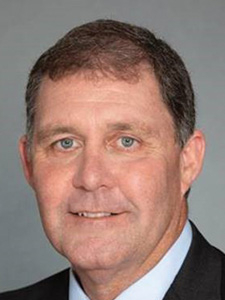 U.S. Sugar recently announced that Ken McDuffie has been promoted to Executive Vice President. In his new role, McDuffie will assist the President in all strategic and political matters as well as have oversight of U.S. Sugar's agricultural operations. McDuffie will continue to directly oversee citrus agriculture and research, railroad operations, Rouge River Farms (locally-grown vegetables) and industry and grower relations. McDuffie, a Clewiston native, most recently served as U.S. Sugar's Senior Vice President of Agricultural Operations, a position he has held since 2005. McDuffie first joined U.S. Sugar in 1992 and has held several positions with the company. He holds a bachelor's in economics from Florida State University.