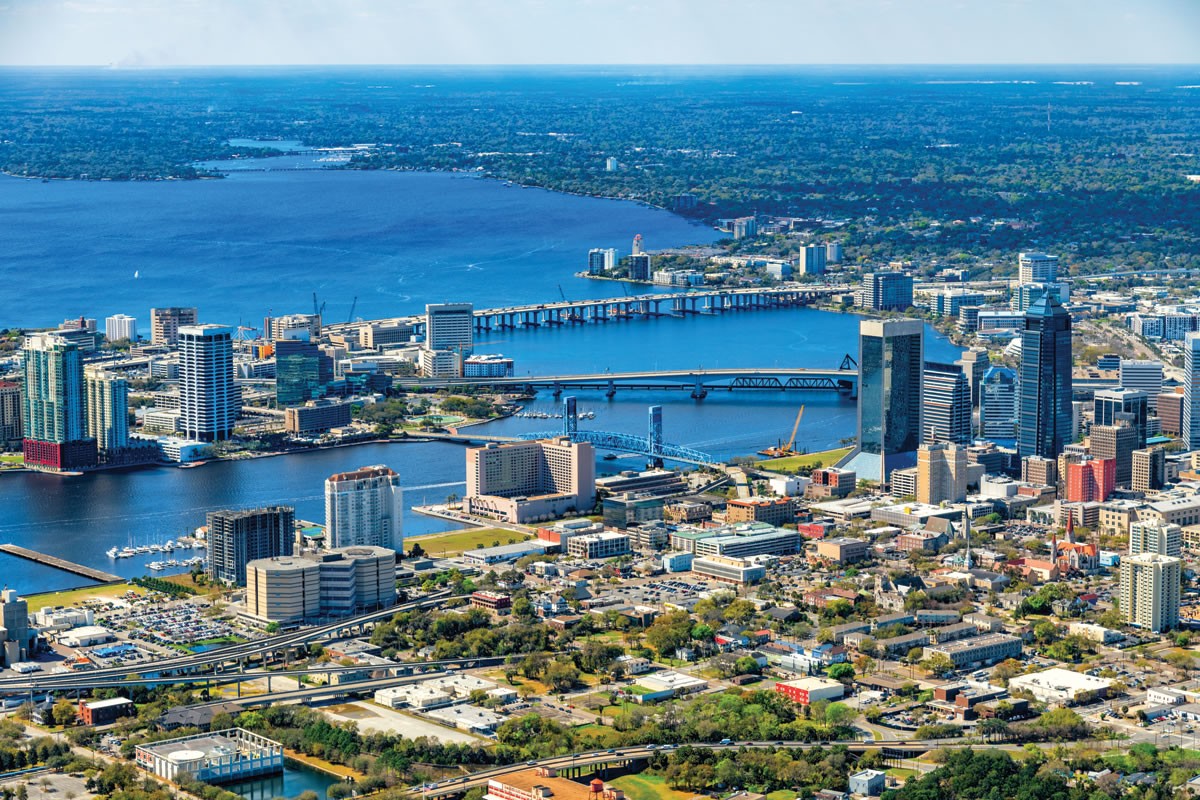 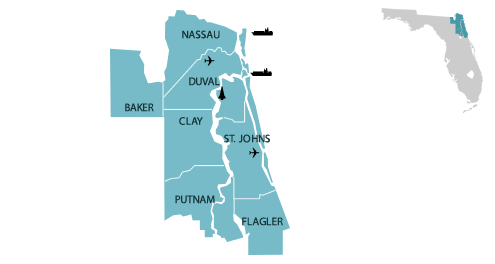 Florida’s Northeast is a place of both opportunity and possibility. Home to three Fortune 500 companies and the national or divisional headquarters of more than 80 other firms, its signature city, Jacksonville, was ranked the No. 3 “Best City for Job Seekers” by Money magazine in 2020. At 875 square miles, Jacksonville is the largest city by area in the continental U.S. and one of only a handful nationwide where city and county governments function as one. Adding to this region’s appeal is its prime location just south of the Georgia state line along I-95 and the Atlantic coast, ensuring ready access to multiple markets by land, sea and air.

More than 80 firms have chosen to site their national or divisional headquarters in Jacksonville, and there is always room for more. Companies boasting additions/developments in this sector include:

• Business data and analytics giant Dun & Bradstreet, which plans to relocate its corporate headquarters from New Jersey to Jacksonville in fall 2021, bringing 500 jobs to the city at an average salary of $77,000 over the next five years.

• Staffing firm CSI Companies, which cut the ribbon on its new headquarters in The Point at Gate Parkway in April 2021 with 125 employees in place. The new facility includes a fitness center and yoga lawn, café-style lounge, coffee bars on every floor and collaborative spaces throughout.

Cecil Spaceport in Jacksonville is making news. Owned by the Jacksonville Aviation Authority, Cecil is one of 11 commercial spaceports in the U.S. and the only one on the East Coast that is licensed for horizontal launch. In December 2020, aerospace contractor Aveum unveiled Ravn X, the world’s largest unmanned aircraft system. Designed to deliver small satellites to space, Ravn X can reach speeds of 575 miles per hour. Its first mission is tentatively scheduled for October 2021.

• Aerospace conglomerate Redwire, a leader in mission critical space solutions, has acquired the Jacksonville-based firm Made in Space and will establish its headquarters in Northeast Florida.

• Canadian aerospace company Space Engine Systems has received FAA approval to establish its North American operations at Cecil Spaceport. The site will serve as the company’s propulsion technology development facility with a goal of launching a reusable cruise vehicle.

• Boeing has announced plans to add about 400 more jobs at Cecil Airport in Jacksonville. A new facility to be built by Jacksonville Aviation Authority (JAA) and leased to Boeing will include nearly 270,000 square feet of hangar space and more than 100,000 square feet of office and support shop space, with an anticipated completion date of January 2024.