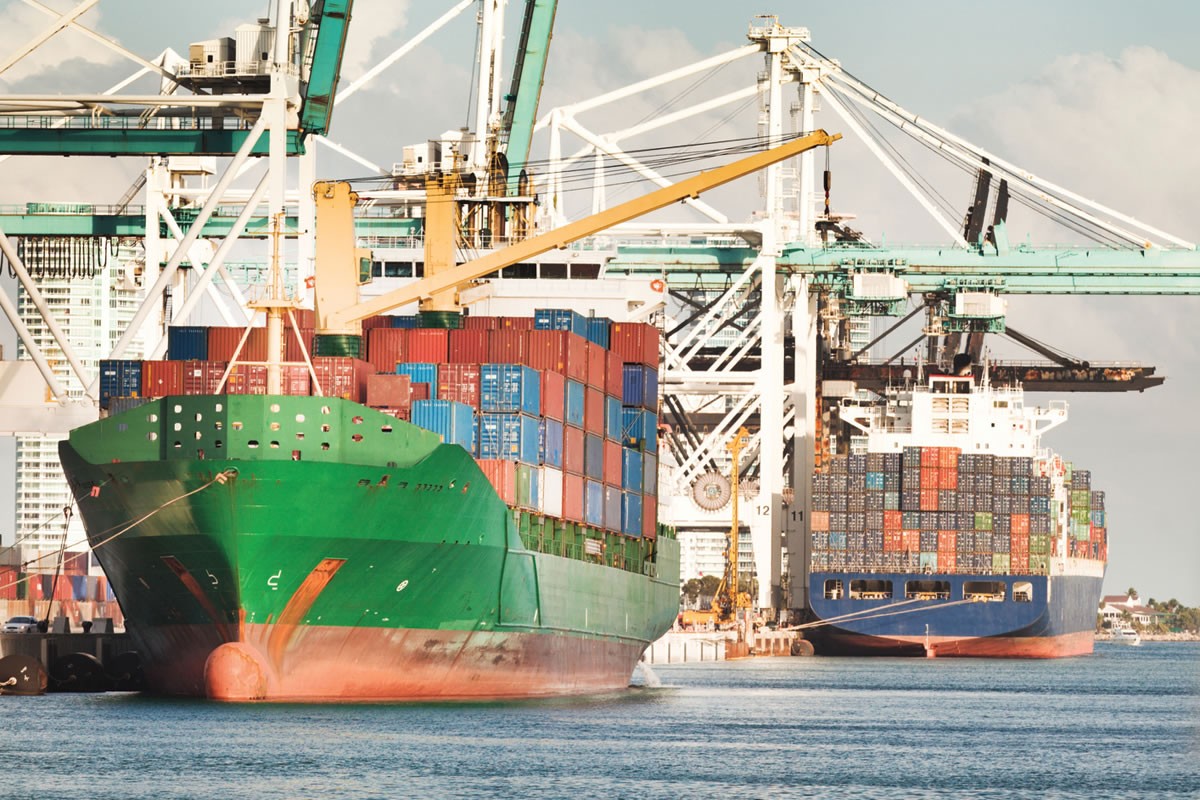 Engage with the World

People who vacation in Florida often point to our sandy beaches, swaying palms and spectacular sunsets as this state’s greatest assets. But full-time residents have a better grasp of what makes Florida great. The people who live and work here know that no other site in the Western Hemisphere can match this place for international business savvy and cross-border trade.

International Trade
Florida boasts just the right combination of assets to facilitate global trade: a multimodal infrastructure, a multilingual workforce, an impressive array of corporate and financial resources and a strategic geographic location that is second to none. With 1,350 miles of coastline supporting 15 deep-water ports, Florida’s connection to global trade easily stretches from Asia to the Americas and across the Atlantic.

It should come as no surprise, then, to learn that goods valued at more than $150 billion enter and exit the United States through Florida’s two U.S. Customs Districts each year. Among the top merchandise commodities traded through Florida are motor cars, civilian aircraft, engines and parts and electrical apparatus for line telephony.

Florida is home to nearly 60,000 exporters — second highest number in the U.S. — and hosts the nation’s second largest Foreign Trade Zone network with 21 facilities statewide. Exporters of all configurations take advantage of Florida’s multimobile capabilities, but the overwhelming majority of this state’s exporters are small and medium-sized companies with 500 or fewer employees; together, they account for two-thirds of all Florida exports annually.

And where do all the goods go? Almost anywhere you can imagine. Florida is, after all, ranked seventh largest export state, and its top 10 trading partners (in order) are: Brazil, China, Chile, Japan, Colombia, Mexico, Dominican Republic, Germany, Honduras and Costa Rica.

Foreign Direct Investment (FDI)
With unparalleled access to markets in Latin America and the Caribbean, a $1 trillion GDP and a population exceeding 21 million, it should come as no surprise that Florida is a national leader in attracting international companies representing a wide variety of industries and bringing capital, expertise, technology and innovation to the Sunshine State. Florida ranks fourth among all U.S. states in employment by majority foreign-owned firms, and its most populated city — Miami — is a leading U.S. center for international banking; both foreign and domestic financial institutions are eager to establish their presence here.

And further facilitating FDI, are Florida’s EB-5 Regional Centers that offer foreigners the opportunity to obtain permanent U.S. residency while investing in Florida through the EB-5 Investor Visa program. (Note: as of June 30, 2021, applications for EB-5 Investor Visas are on hold pending congressional reauthorization of the program, which is anticipated in fall 2021.)

Statewide, Florida’s population is both multiethnic and multilingual. Slightly more than a fifth of the state’s population is foreign-born, and 29% of households speak a language other than English at home.

$150 Billion of goods enter or exit through U.S. customs in Florida, annually

60,000 Export companies are located in Florida

4th in Employment by majority foreign-owned firms in U.S.