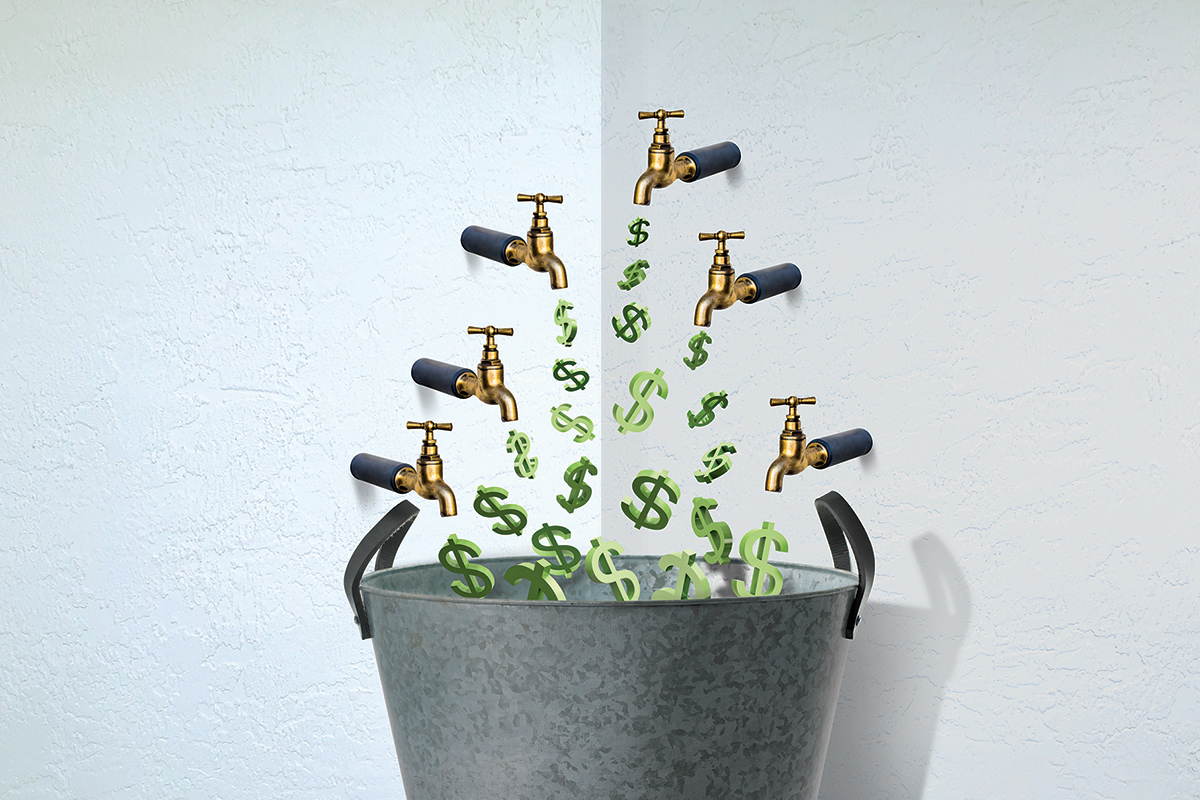 The Great Recession of the late 2000s blew a hole in Marion County’s budget. Property values in and around Ocala plunged, dragging tax receipts down with them. Options to deal with the cash crunch were few. “We didn’t want to their homes and jobs,” says Kathy Bryant, a Marion County commissioner since 2010.

She and her colleagues slashed spending instead. By 2015, she says, the county had backlogged millions of dollars of transportation and any longer. The proposed solution? Ask voters to sign off on a local option, four-year, one-cent sales tax increase.

Voters passed the sales tax referendum with 55% approval in 2016, and in 2020, more than 70% of Marion County voters extended the penny tax for another four years. In the years since, the pennies (totaling $97 million through new fire station, 11 fire engines, 34 ambulances, other firefighting, rescue and police equipment. Construction is underway on a new forensic and hike property taxes when people were losing public safety projects that it couldn’t put off the end of fiscal year 2019-20) have paid for a helicopter, 315 sheriff patrol cars and a slew of evidence building for the sheriff’s department, and more than 64 miles of road projects have been completed. “We’re much better now than we were,” Bryant says. “It certainly has been a tremendous blessing for our community.”

Local governments rely on property taxes and charges for services (like water and sewer) for more than half of their revenue. Other revenue sources include some state sales tax receipts that the state shares with counties and cities. Florida law also gives counties the option to add certain limited surtaxes on top of the state sales tax, with the funds going to meet specific local needs (box, page 89).

The local option taxes — which typically require local voters’ approval via referendum— have been a fiscal blessing for dozens of other counties as well as Marion. Over the past decade, local voters have passed 63 sales tax referenda worth an estimated $3.1 billion, according to a Florida TaxWatch analysis. During the same period, voters approved 74 property tax hikes worth $1.75 billion (primarily for schools) and $6.7 billion in bond referenda to fund everything from jails to parks to burying utility lines.

While all that taxing may seem counterintuitive in a state that prides itself on having no state income tax and a reputation for low taxes in general, voters tend to view the targeted local option sales tax increases more favorably than property tax increases or taxes assessed by the state.

“The bottom line is that they are more successful than requests for more general tax increases because voters more clearly see how the money will be spent. The need for the requested increase is usually more evident as well, and often they have a time limit or definitive expiration date,” says Susan MacManus, a professor emerita of political science at the University of South Florida.

Voters also tend to trust “local people to do what they’re saying they’re doing with money” more than they do state or federal government officials, MacManus says. “The higher up you go, people just don’t have faith that it’s going to be spent in the way it’s sold to the public.”

The trend has met with some pushback from state lawmakers who argue that it’s too easy to increase taxes at the local level — and that the phenomenon contributes to runaway government spending. Legislation enacted in 2018 requires that counties or school districts publish a performance audit at least two months before any referendum for a local discretionary sales tax.

Under a law that went into effect in 2019, proposed local option sales tax increases can only appear on the November general election ballot — and can’t be decided during special elections or primaries, which generally attract a lower turnout. Last year, state Reps. Bob Rommel (R-Naples) and Michael Grieco (D-Miami Beach) introduced legislation proposing an amendment to the state constitution that would have required a super-majority vote (two-thirds majority) for local tax referendums — the same threshold the Legislature must meet to raise taxes. It died in committee.

Bryant, the Marion County commissioner, believes local governments need more flexibility, not less, in how they raise and spend revenue. “Our sales tax has been very successful,” she says.

Marion County (with support from the Florida Association of Counties) has asked the Florida Legislature to allow it to take 10% of that sales tax to be used for recurring operating expenses. Bryant says more spending flexibility might enable the county to reduce property taxes.

“For the most part,” she says, “when you’re talking about recurring costs, most of that comes from our millage. That leaves the property owner to pick up the bill.”

During the most recent Census count, Holmes County, a small rural county about halfway between Tallahassee and Pensacola, had 19,653 residents. In 2020, 4,562 of them voted to approve a half-penny tax hike to help pay off debts racked up by Doctors Memorial Hospital, one of the only hospitals in the region. The community hospital in Bonifay took out $16 million in bonds to build a facility in 2008 and has struggled to pay off the debt as it provides charity care. The 20-bed hospital spent $1 million on uncompensated patient care in 2019 alone and in 2020 made a profit of just $14,666. The five-year surtax, which will expire in 2026, is expected to bring in $600,000 annually.

Citrus County, north of Tampa Bay, is the only county in the state without a local option sales tax, meaning that shoppers there pay just a 6% tax on purchases. But that distinction may soon disappear. Scott Carnahan, chairman of the Citrus County Board of Commissioners, says the board plans to discuss levying a surtax to help pay for road resurfacing. If history is a guide, it won’t be a slam dunk. Voters in the conservative county — Republicans and No Party Affiliation voters comprise nearly 74% of the electorate — rejected a Cent for Citrus referendum to pay for road repairs in 2014 and torpedoed a half-cent sales tax increase for school repairs on the 2016 ballot.

Hillsborough County’s adoption of two new sales taxes in 2018 — a penny hike for transportation and a halfcent for schools — boosted the county’s sales tax rate to 8.5%, the highest in the state. It dropped to 7.5% after the Supreme Court struck down the transportation tax as unconstitutional.

In 2018, Hillsborough County citizens (56.4% of those who voted) approved a penny sales tax proposed by a group called All for Transportation to repair roads, revamp Tampa’s bus system and make other transportation improvements. The spending plan didn’t sit well with Hillsborough Commissioner Stacy White, who believes that commissioners (not a formula developed by a special interest group) should decide how taxpayer money is spent. The Florida Supreme Court agreed and struck the sales tax down in a 4-1 decision. Still unclear is what will happen to the half-billion dollars in taxpayer funds that was collected in the meantime. While county commissioners are already contemplating putting a new penny sales tax on the ballot in 2022 to replace the All for Transportation tax, the move could face even greater headwinds. Jake Hoffman, president of the Tampa Bay Young Republicans, says many households are still struggling from the economic fallout of COVID-19; talk of tax hikes in Washington could lead to tax fatigue, he says. “My biggest argument right now is at the federal level we just printed $5 trillion, and they’re working on a $3.5 trillion infrastructure package. If you want transportation, don’t come and ask taxpayers for money, go ask Joe Biden for the money,” Hoffman says.