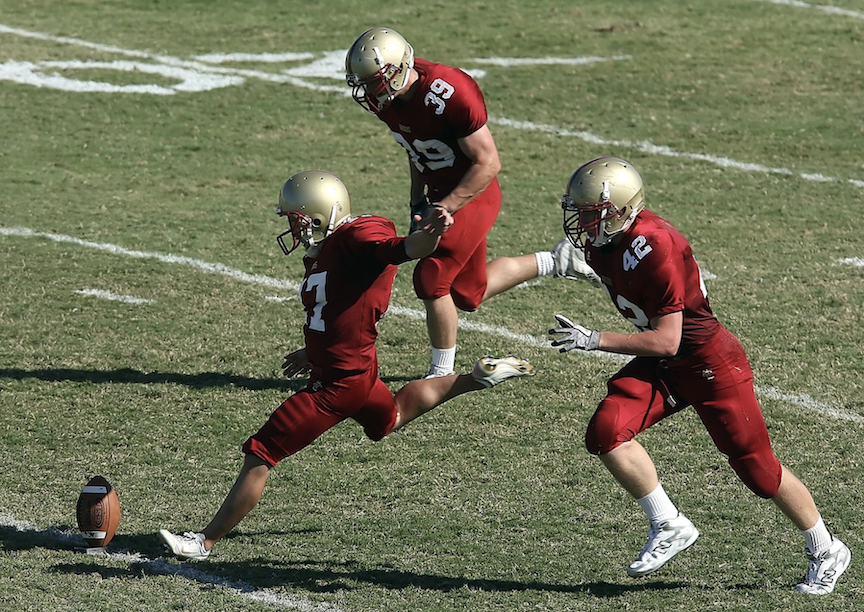 Football programs could come to Florida’s state college system after top education officials Wednesday repealed a rule that has prohibited colleges from having teams --- but it’s likely schools will launch flag football teams to start.

The State Board of Education approved repealing the decades-old rule.

“Currently, the rule restricts the ability for Florida College System institutions from having a NJCAA (National Junior College Athletic Association) football team. Upon review, it was determined that the Florida Department of Education no longer has statutory authority to have this rule,” an overview of the repeal proposal said.

Rob Chaney, associate director and athletics commissioner for the Florida College System Activities Association, said the change is likely a move to set up the creation of women’s flag football teams on state college campuses.

“I don’t anticipate anyone moving forward with looking at men’s college football. I think this is really going to make it a little easier and a little cleaner for schools who might want to pursue the women’s flag (football),” Chaney told The News Service of Florida in an interview this week.

“I think this decision now is probably tied a little more to the fact that the NJCAA in the spring announced women’s flag football as an emerging sport,” Chaney said, adding that confusion about the state's rule had to be cleared up. “I know when our state (athletic directors) had our spring meeting, that announcement had just come out, and the question was raised: Does that state rule impact our ability to consider women’s flag? And we really didn’t have an answer to that.”

Chaney said the rule prohibiting football teams was on the books for “40 years or maybe a little longer” and likely was “a way of protecting gender equity” in state college sports.

Most of Florida’s state universities have men’s tackle football teams. Even if state colleges don’t start such teams in the immediate future, Wednesday’s rule change could set that in motion down the road, Chaney said.

“It certainly does open that door. Some schools, when you are looking at creative ways to increase enrollment, you never know what plan you might be able to come up with,” he said.

The costs to start a traditional men’s tackle football team “would be pretty substantial,” Chaney said.

“I think our member colleges right now have been in a cycle, especially over the last couple of years, of just trying to sustain what you have. We’ve all taken varying hits due to the pandemic, and when student enrollments decline, that has an impact in different ways on your budget,” Chaney said.

Men’s tackle football is a popular sport at junior colleges in states such as Mississippi, Kansas, Texas and Iowa, he said.

Chaney, who previously was an athletic director for Tallahassee Community College, said he once did an interview with a California newspaper about the number of junior college football recruits coming to California from Florida.

“Behind obviously California, the state that’s provided the most participants into their system was the state of Florida. So they wanted to know, why is that? I think a lot of people outside (Florida), they might not even be able to tell you we don’t offer football in the two-year system. But that was the reason why, it was just never an option,” Chaney said.

There was at least one attempt in the past by lawmakers to open up the possibility of football in state colleges, Chaney recalled, but ultimately it never materialized.

“I can remember about 15 years ago, sometime (in the) mid-2000’s, there was a little bit of movement from one of the state representatives,” Chaney said. “Just trying to get support through the Legislature to get that rule removed. Not to create or establish football in the two-year system, but just to give the schools the opportunity to look at that and make a decision. But that got no support at the time.”

The National Junior College Athletic Association partnered with the National Football League to provide $10,000 grants to member colleges that “declare their intent to participate” in women’s flag football over the next two years.

Florida Gateway College in Lake City was a recipient of one of those grants, indicating that at least one college in the state is planning to field a women’s flag football team.