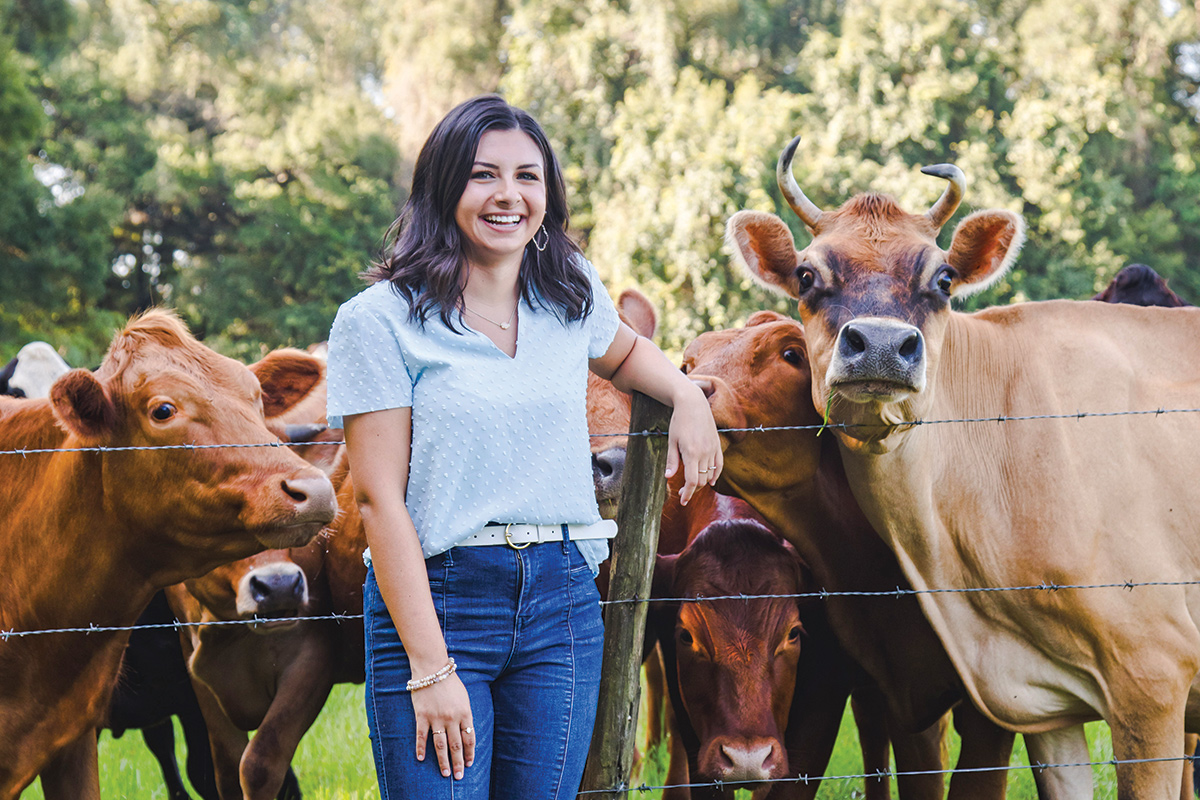 Steering to the Top

For Riley Rowe, taking the initiative in agriculture is reaping rewards of leadership and industry potential.

From the time she was just five years old, Riley Rowe knew her passions lay in agriculture. She wanted to be part of the industry; more precisely, she wanted to lead it.

Raised in a family of cattle ranchers, she spent her childhood participating in youth-development groups focused on the industry. Before beginning elementary school, she was already a part of the Southeastern Youth Fair, the nation’s oldest and largest fair of its kind.

Then, in 2020, she became the Florida FFA Association’s first president from Marion County, leading approximately 30,000 middle and high school members from more than 300 chapters. During her year as president, she spent nearly eight hours a day working with members across the state, both virtually and in-person, culminating in Orlando at the Florida FFA State Convention and Expo in June 2021 — an event that was attended by more than 4,000 students.

Rowe says she has never shied away from leadership. At age 10, she was a 4H club president. “That’s how I was raised,” she explains. “[My parents’] message to me was, ‘be a leader if you can.’”

With her destination defined, the only uncertainty was how to get there.
Whether to attend college was never the issue. Cost, however, was — who would pay to make it happen? The answer: a merit-based Florida Bright Futures Scholarship that now will cover 100% of her tuition.

Rowe learned of the scholarship as a freshman in high school and immediately made that opportunity her goal.

“[The Bright Futures Scholarship] guarantees that students are able to further their education and not have to worry as much about the financial cost associated with going to college.”

Rowe fell in love with the idea of going into agriculture communications during an internship with an agriculture-marketing company several years ago.

Now, Rowe’s back in the classroom at Santa Fe Community College in Gainesville where she hopes to continue making an impact in agriculture — an industry that generates approximately $2.4 trillion to the global economy, according to published reports.

This will pave her way to the University of Florida and her goal of receiving a bachelor’s degree in agricultural communication and leadership development.