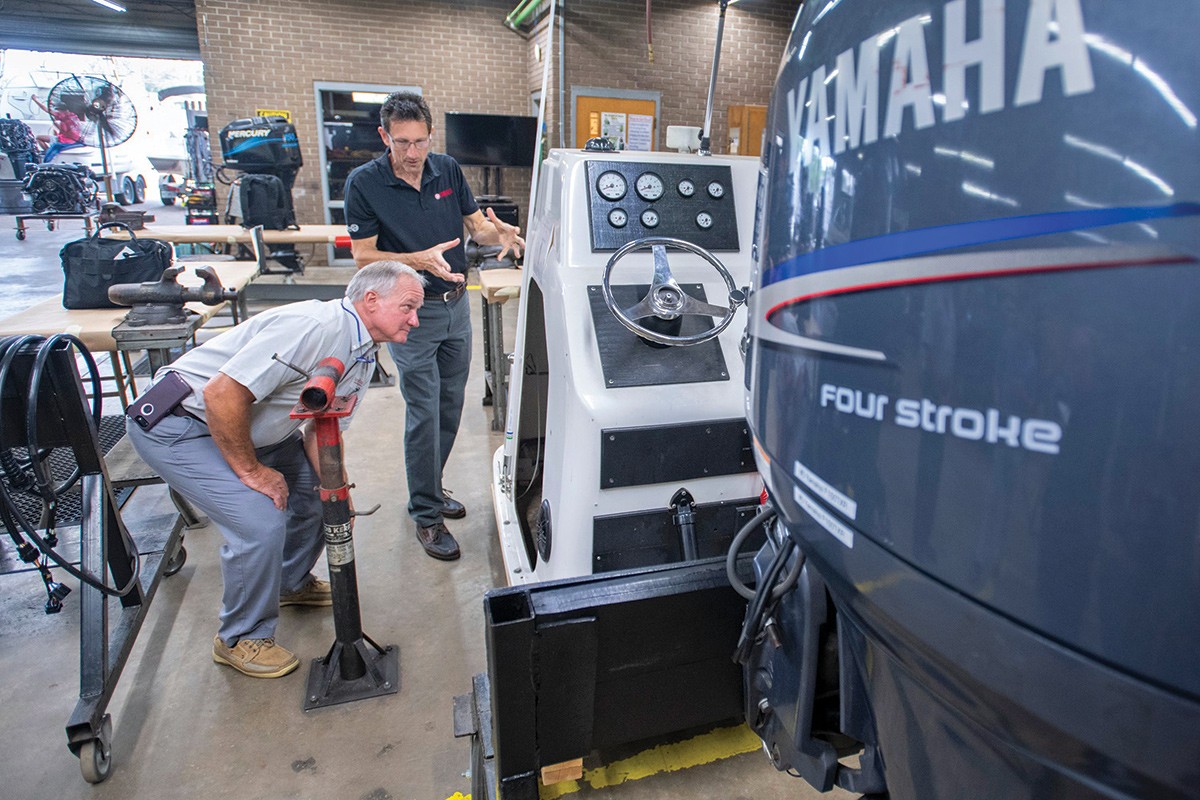 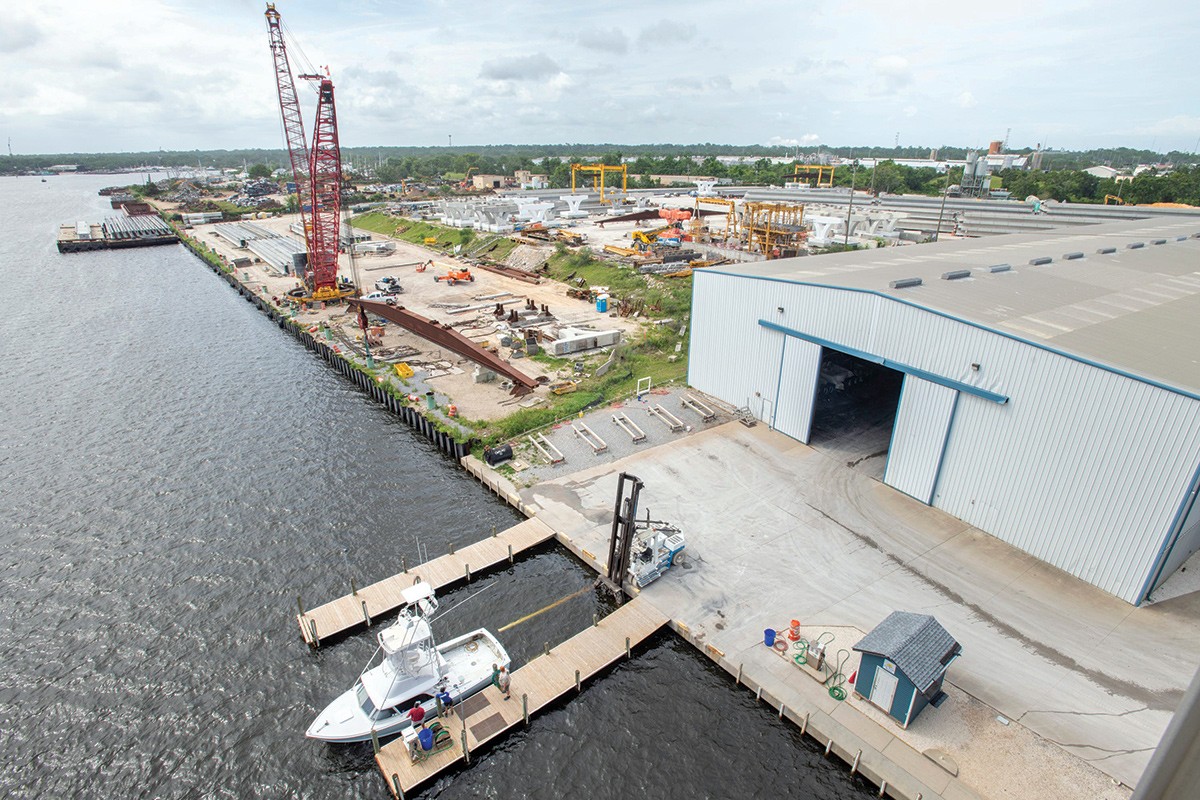 The 76-acre Pensacola Shipyard is for sale, and local leaders are scrambling to find the money to purchase the $45 million property. 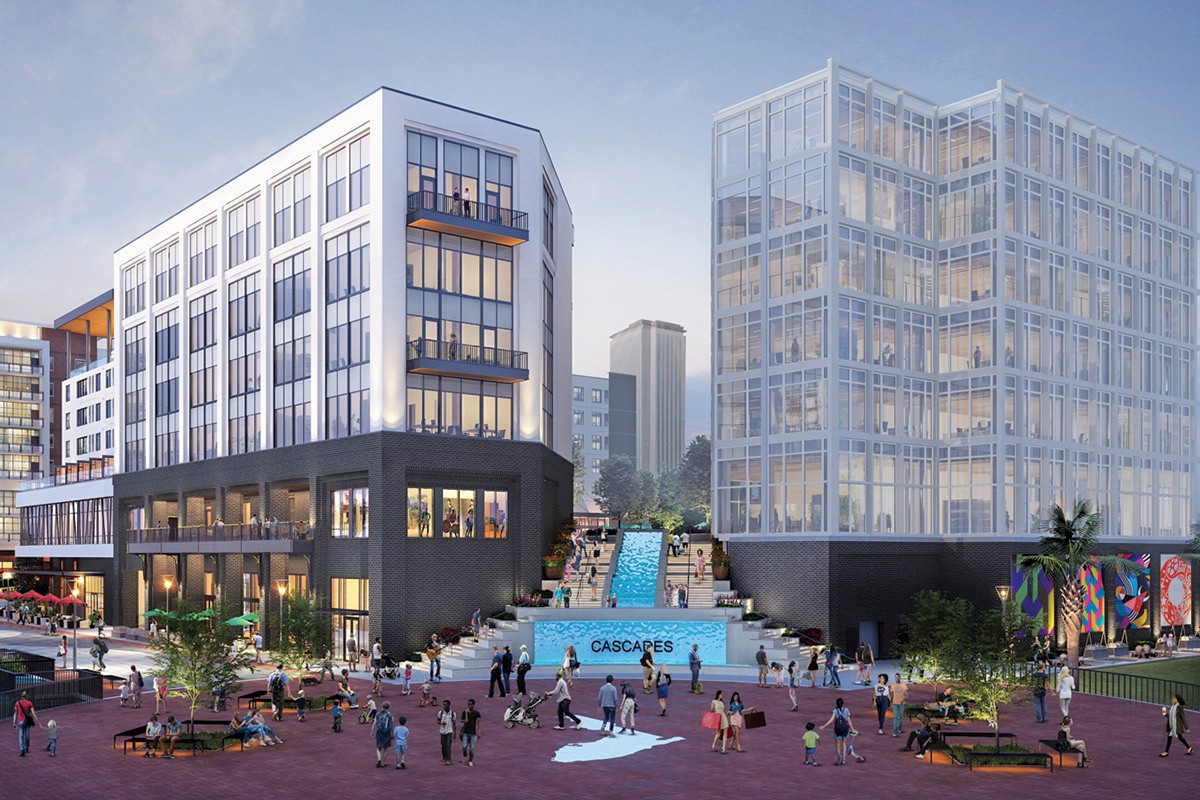 North American Properties is moving ahead with plans for the second phase of its Cascades project, which calls for an 11-story apartment and townhome complex in downtown Tallahassee.
< >

Yamaha Marine executives believe an innovative marine service technology program at a Pensacola technical college can serve as a model for more than 100 similar training schools across the country. The program, at George Stone Technical College in Pensacola, has an almost 100% graduation rate and job placement of students.

Kenyon Ward, training coordinator for Yamaha Marine, says marine repair service companies are facing a shortage of technicians while trying to meet demand for services after a surge in boat sales during the pandemic. Ward and other Yamaha executives are hoping to apply George Stone instructor Stefan Schmitt's curricula and instructional methods to the more than 100 marine service schools the college has partnered with across the country.

Another key to George Stone’s program success, says Ward, is the relationships it has built with marinas and boat dealers in Northwest Florida. Ward adds that many retail boat dealers and marinas are too focused on selling boats rather than investing in the technicians to service them.

“To solve this problem, we’ve got to do the small things like what’s being done at George Stone and communicate this model to the dealers and other marine service schools and say, 'Step up your game,’ ” Ward says.