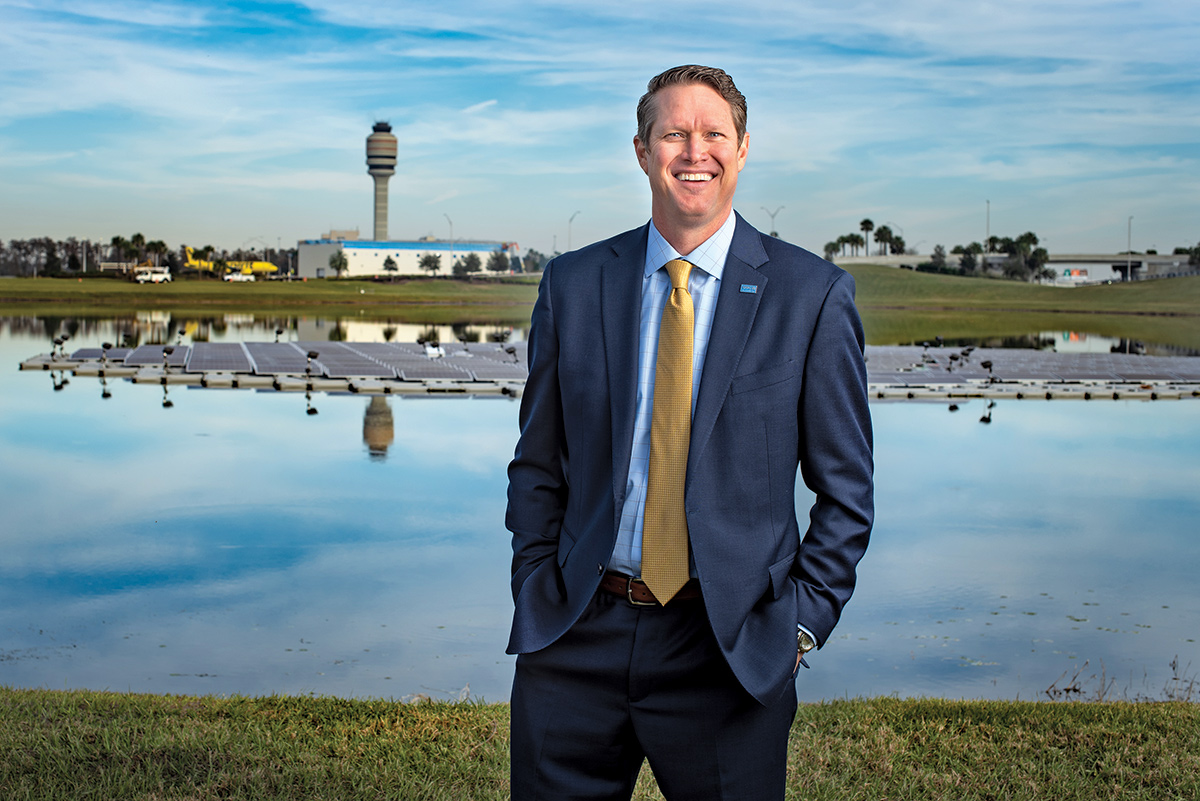 OUC CEO Clint Bullock: "Solar's there - it's certainly carbon-free - but it's an intermittent resource. Solar and energy storage - they're going to be synonymous."

Last fall, OUC, Orlando’s public power utility, announced plans to convert its two coal plants to natural gas by 2027. The move is part of the utility’s commitment to slashing its CO2 emissions by 50% within the next nine years and 75% by 2040 — with the aim of net zero carbon emissions by 2050.

To get there, the utility is expanding its research and development efforts to ensure it can eventually meet the bulk of its customers’ energy needs via a combination of solar energy and storage technology to provide adequate backup during the cloudy days.

“Solar’s there — it’s certainly carbon-free — but it’s an intermittent resource. Solar and energy storage — they’re going to be synonymous,” says Clint Bullock, OUC’s general manager and CEO. “At the end of the day, reliability matters. Customers still want the lights to come on.”

The utility is trying to figure it all out at its nanogrid, a test lab of sorts for various storage technologies and cutting-edge solar generation methods at its Gardenia operations facility between John Young Parkway and I-4. Projects include a floating solar array that generates 64 kilowatts of electricity, battery storage systems, electric vehicle charging stations and a hydrogen system to capture, store and generate electricity. The utility also plans to add a rooftop solar array to its Gardenia building that will feature “bifacial” solar modules that generate solar power from both the front and back of the panels. OUC’s aim is for the nanogrid to eventually be a self-sufficient power system. “We’re just trying to take all those different technologies, and from a backup standpoint, see if we can cover ourselves,” Bullock explains.

Bullock hopes the Biden administration’s infrastructure package will dedicate more funding to new transmission lines to bolster the grid. “If we’re going to continue to build these types of renewable projects, especially in a rural location, you’ve got to figure out a way to get the electrons back to the main customers’ hubs,” he says — and the permitting process for such projects also needs to be streamlined “so we can move these projects along in a more timely manner.”