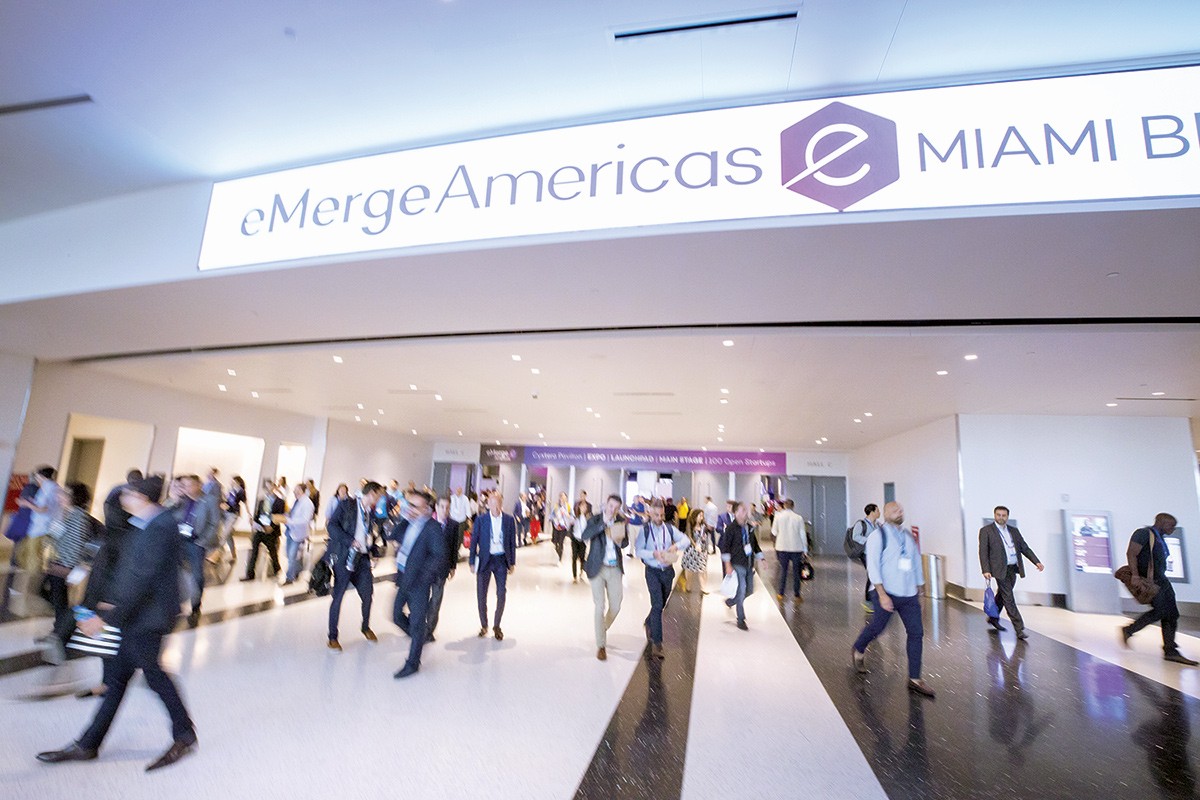 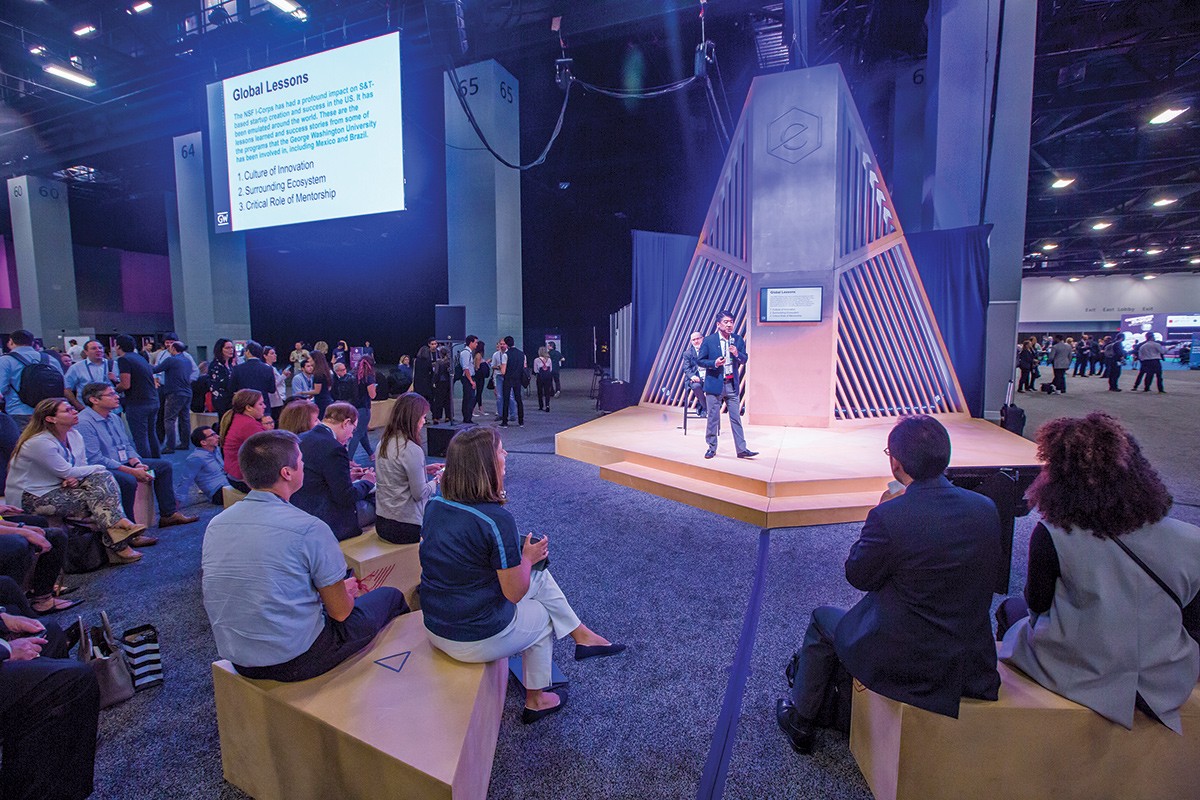 In 2019, the signature tech conference event attracted more than 16,000 attendees from around the world. 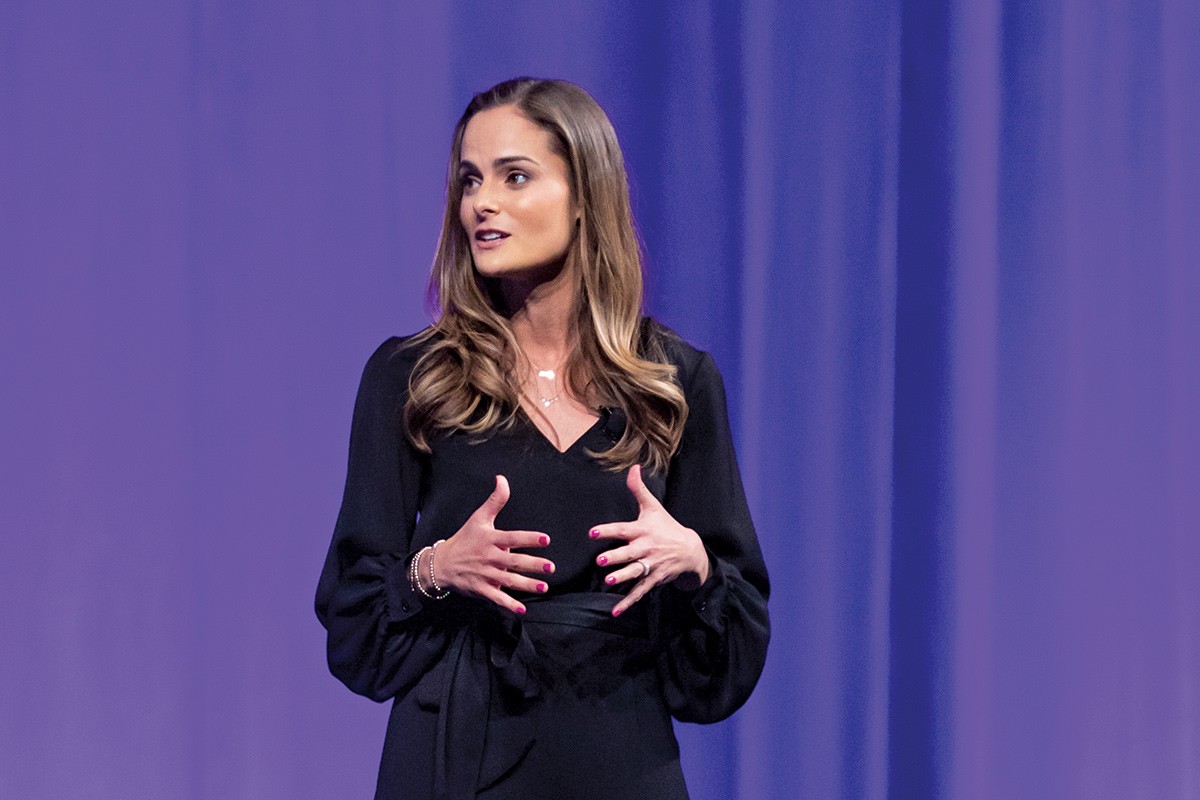 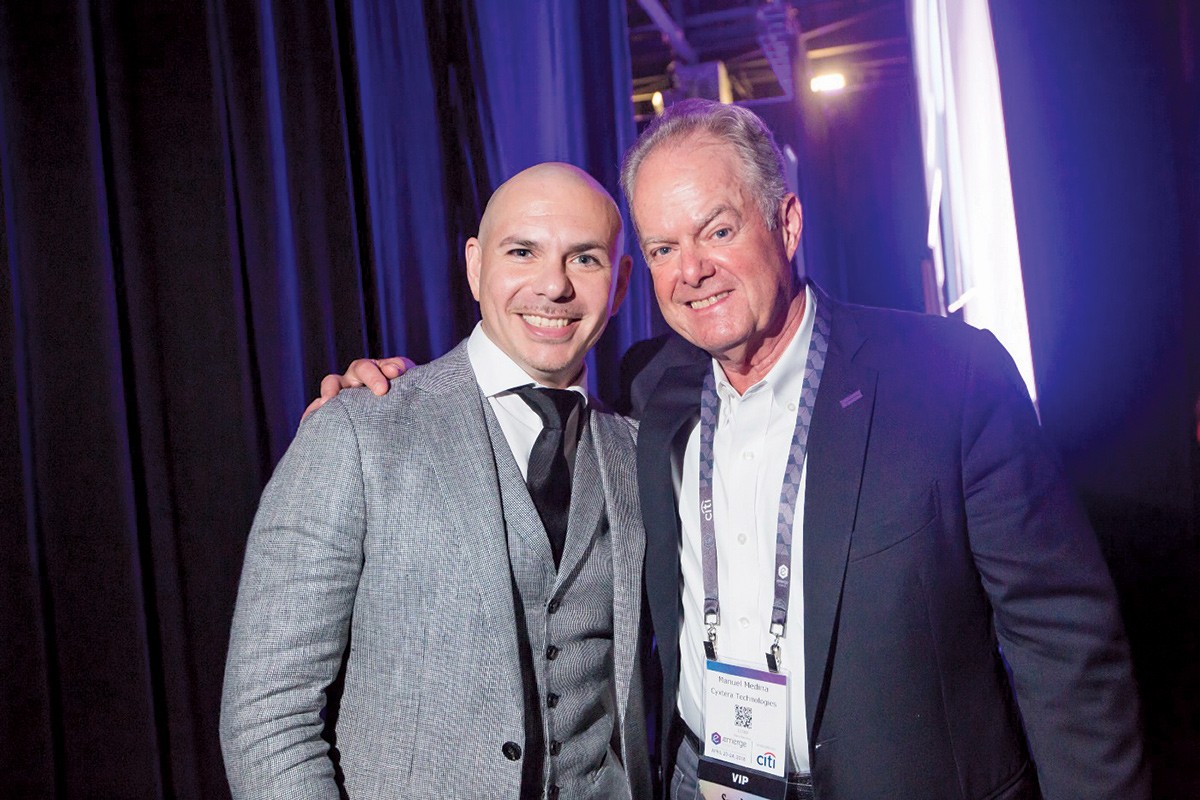 Boosted by eMerge Americas, Miami can finally boast of being a tech hub

In 2011, Miami entrepreneur Manny Medina took a family vacation in the Keys. He had just sold his data services company Terremark to Verizon for $1.4 billion, and he was supposed to be relaxing — fishing and scuba diving. Instead, he walked around with a furrowed brow, doodling and jotting thoughts down on a notepad.

Medina, a Cuba-born former accountant, believed Miami’s economy depended too much on tourism and real estate — fickle industries, he called them, prone to booms and busts. He wanted to diversify the economy, and he began thinking about creating a global technology conference to build a startup scene in Miami.

“You have to change people’s mindset. When I had Terremark, people would think, ‘Miami: Good time; Miami: South Beach; Miami: Party.’ It was never ‘Miami: Technology.’ And that frustrated me,” Medina said.

Three years later, he launched eMerge Americas, a four-day tech conference at the Miami Beach Convention Center. More than 6,000 people attended the 2014 event — enough to declare it a success. “If we’d had 2,000 people, we would have been happy,” says eMerge President Melissa Medina, Manny’s daughter. “We realized people want this.”

In 2015, CNBC and Telemundo broadcast live from eMerge, and by 2016, the annual conference had grown to more than 13,000 attendees. Speakers included Colin Powell, AOL co-founder Steve Case, Apple co-founder Steve Wozniak and former Mexican President Vicente Fox. These days, eMerge is widely credited with transforming the Miami area into an emerging destination for startups, young tech workers and venture capitalists.

Originally, Medina envisioned Miami as a hub for Latin American entrepreneurs. “We need to get the bright people from Latin America to begin thinking, ‘I want to bring my company to Miami.’ Right now, the reality is they want to bring it to Silicon Valley,” he said in 2014.

Michael Arrington, founder of industry website TechCrunch, jumped on the bandwagon last spring, writing to his 273,000 followers on Twitter: “I don’t think there is a better place for entrepreneurs on the planet right now than Miami. Moving here significantly increases your chances of success. If you can, do it.”

To be sure, Miami’s emergence as a tech hub is built on years of work by many players, not just eMerge. Since 2012, Miami-based Knight Foundation has given more than $55 million toward building a local tech startup ecosystem. Earlier this year, IBM gave more than $10 million to Miami Dade College to teach advanced tech skills, such as artificial intelligence and quantum computing. But what eMerge has done is bring everyone together and build buzz around Miami, says Jaret Davis, co-managing shareholder of the Miami office of Greenberg Traurig, a founding partner and sponsor of eMerge.

“The No. 1 killer of ecosystems is silos,” Davis says. “If you go to Silicon Valley, the Research Triangle or Austin, you’ll see that one of the marks of those ecosystems is they’re all fluid. They all talk to each other. Frankly, employees jump back and forth amongst each other a great deal. You need that convening force.”

eMerge is “equally important as the evangelist,” Davis adds. “You can have all these wonderful things going on, but if there’s nothing out there letting the outside world know, it’s not going to work.”

While the annual conference in Miami Beach remains its signature event, eMerge also hosts webinars, startup pitch competitions and executive summits year-round, as well as a university roadshow throughout Latin America. That diversification helped it stay afloat when COVID-19 forced it to cancel its 2020 and 2021 conferences. (The conference will resume next April 18-19.)

Started by Medina’s Technology Foundation of the Americas, eMerge is now a stand-alone, forprofit enterprise with two affiliated non-profits. It makes money from ticket sales, sponsorships and partnerships. “In 2015, we piqued the interest of private equity and took in venture capital and launched eMerge Americas LLC as a for-profit entity,” says eMerge CEO Felice Gorordo. “Today, the majority of what we do is through eMerge Americas LLC.”

In July, eMerge closed a new funding round led by Tampa-based venture capital and angel investor group Florida Funders, which recently opened an office in Miami. Marc Blumenthal, managing partner at Florida Funders, and Miami Mayor Francis Suarez joined eMerge’s board of directors. eMerge now plans to launch La Casa, a new event for investors and startup founders in late November to coincide with the start of Art Basel in Miami.

The logical next step will be for eMerge to create its own venture capital fund focused on South Florida startups. Gorordo says to stay tuned, though he declines to give details.

“We have incredible access to deal flow,” he says. “About 800 startups have come through our pitch competition, 90 of which have gone on to raise an aggregate of a billion dollars. Imagine if we had invested in those startups when they first came through our startup showcase or our startup bootcamps and what our portfolio would look like today. That gives you a sense of where we’re headed.”

Meanwhile, Medina has struck gold again with another startup, Coral Gables-based Cyxtera Technologies, a data center provider. Earlier this year, Medina announced that he would take Cyxtera and cyber-security spinoff Appgate public in a pair of billion-dollar deals.