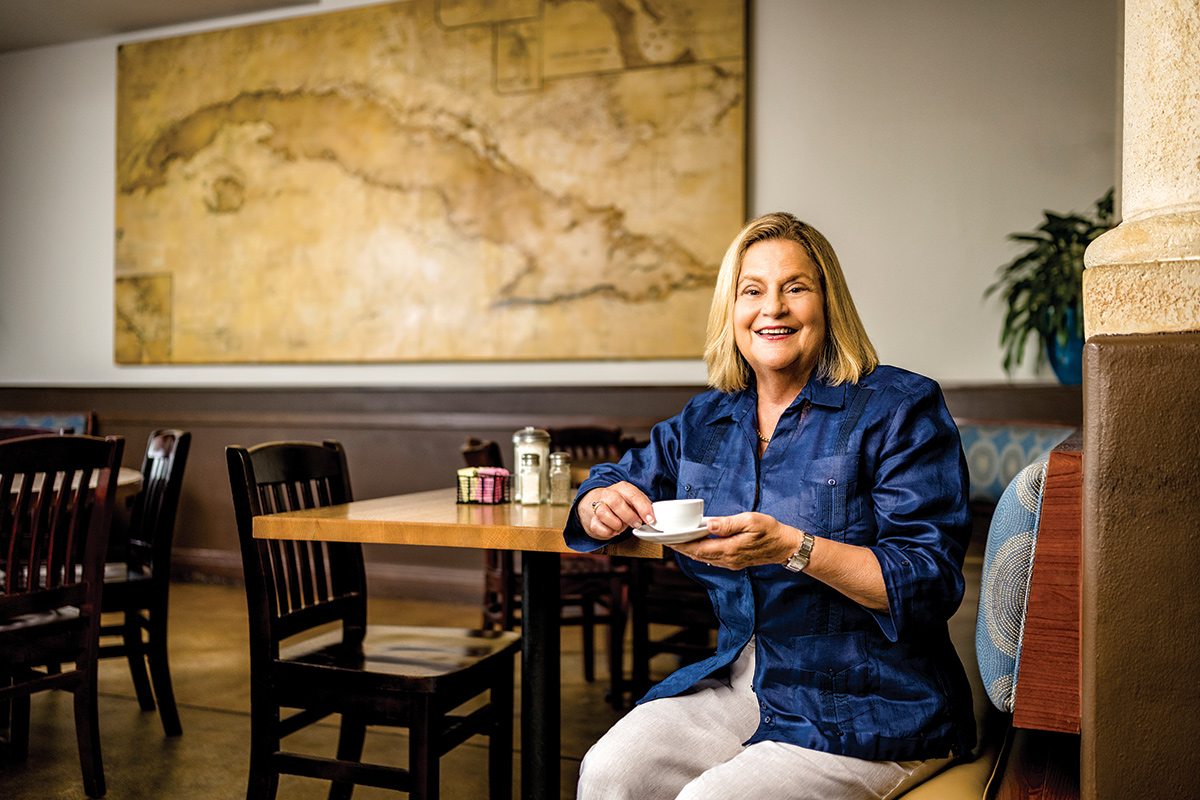 "I carry Cuba in my heart always, but Miami is my home," says Ileana Ros-Lehtinen, a former U.S. congresswoman of Miami.

We came over on one of the last Pan American flights from Havana to Miami. My mother cried the whole flight. I know it would be a better story if I said it was traumatic and overwhelming, but actually for my brother and for me — I was 8 and he was 9 — we were thrilled. We got to be on an airplane and fly to a new country. We had new clothes. For us, it was an adventure.

When I was growing up, my dream was to be a teacher, and I did that. I became a certified teacher, and I thought, ‘Wow, this is as good as it gets.’ If you had asked me when I was a senior in high school if I thought I would end up in the U.S. Congress, I would have went, ‘Que?’

Serving in the state House, I got to meet Dexter, who became my husband. (Dexter Lehtinen is a former state representative, state senator and U.S. Attorney for South Florida.) I would never have thought in a million years that politics could lead to love and marriage. I tell young people now — politics is not all work. It can be a lot of fun, too.

I look at when I left Castro’s reign of terror in August of 1960 and ask what has changed since then in terms of freedom, democracy and human rights? The answer, sadly, is not much.

Claude Pepper was an institution. He was so loved, a living legend. I had seen generations of political leaders come and go, and Claude Pepper was still there in office. A lot of them were like vultures circling around poor Claude, waiting for him to pass on, and then they faded away and then another generation came. I would never have thought in a million years that when he passed away that I would be the one to win that seat.

My son Rodrigo is a transgender male. When he was born, he was Amanda Michelle and grew up as a girl and made the transition later on. I’m going to tell you it was not easy for Dexter and me as parents. Many tears were shed. We had many difficult family discussions, and what we decided is that it’s all about love and acceptance of our children. It’s about loving your children as they are. I admire Rodrigo for the way that he stood up to all of the challenges that society placed in his way, and he has managed to overcome. We’re proud of him.

I carry Cuba in my heart always, but Miami is my home.

Jan. 6 was horrific. To see that some wild radicals could invade the U.S. Congress and try to bring down our institutions and spread the big lie that maybe one candidate did not really lose and the other candidate did not really win, that just crumbles faith in our institutions and is dangerous for our democracy. Jan. 6 was one of the saddest days I’ve witnessed in this wonderful country that has accepted me as one of its own.

I’m very worried about the direction of our political discourse. I look at the legacy of Claude Pepper, of Bill Lehman, of Dante Fascell, real leaders who didn’t much care if it was a Democrat bill or a Republican bill. They worked in a bipartisan manner, and I hope I was that kind of member, as well. Right now, it’s very toxic. I hope we can soften the tone. I hope we can lower the rhetoric and be kinder to each other. It will take time, but I am confident that we’ll get back to where we can respect one another, have different views and know that we can sort it out.

Some of the challenges we need to face up to, whether it’s the Legislature or as individuals, are things like climate change. Climate change is real. Sea-level rise is real. In Miami, I see the impact of sea-level rise every day.

I was first elected to Congress in 1989. Being an election in Florida, of course, we had to have some shenanigans with our voting tally. The computers broke down. The supervisor of elections, David Leahy, passed out in the middle of the night. Finally, I was declared the winner at something like 3:30 in the morning. Katie Couric called my office and wanted me to go on the Today Show. I went on and she asked me how does it feel to be the first Hispanic woman elected to Congress? I said, ‘Katie, it’s a thrill to be in Congress, but I don’t think I’m the first Hispanic woman in Congress. But I’m glad to have a seat.’ And she said, ‘We’ve done the research. You are the first Latina elected to Congress.’ I couldn’t believe it.

One food that my husband and I love is called vaca frita. It means literally fried cow. It’s shreds of beef with white rice, black beans and sweet plantains. It doesn’t get better than that.

Being a public servant is like being a teacher. You get to help people, and that’s what I enjoyed the most.

Now, every election is a majority maker. Who is going to control the House in the next election? Who is going to control the Senate? I mean it’s 50-50 in the Senate, and Nancy Pelosi on a good day has a majority of five in the House. That’s why the stakes are so high, and that’s part of the toxic environment for politics now. If you had an overwhelmingly Democratic or a Republican majority, I think that people wouldn’t be as nasty. I like it when the White House is one party and either the House or the Senate is ruled by another party. It makes you have to work together. It’s like being locked in a car on a long trip from Miami to Maine for a family vacation. You have to get along! Or you’re just not going to make it.