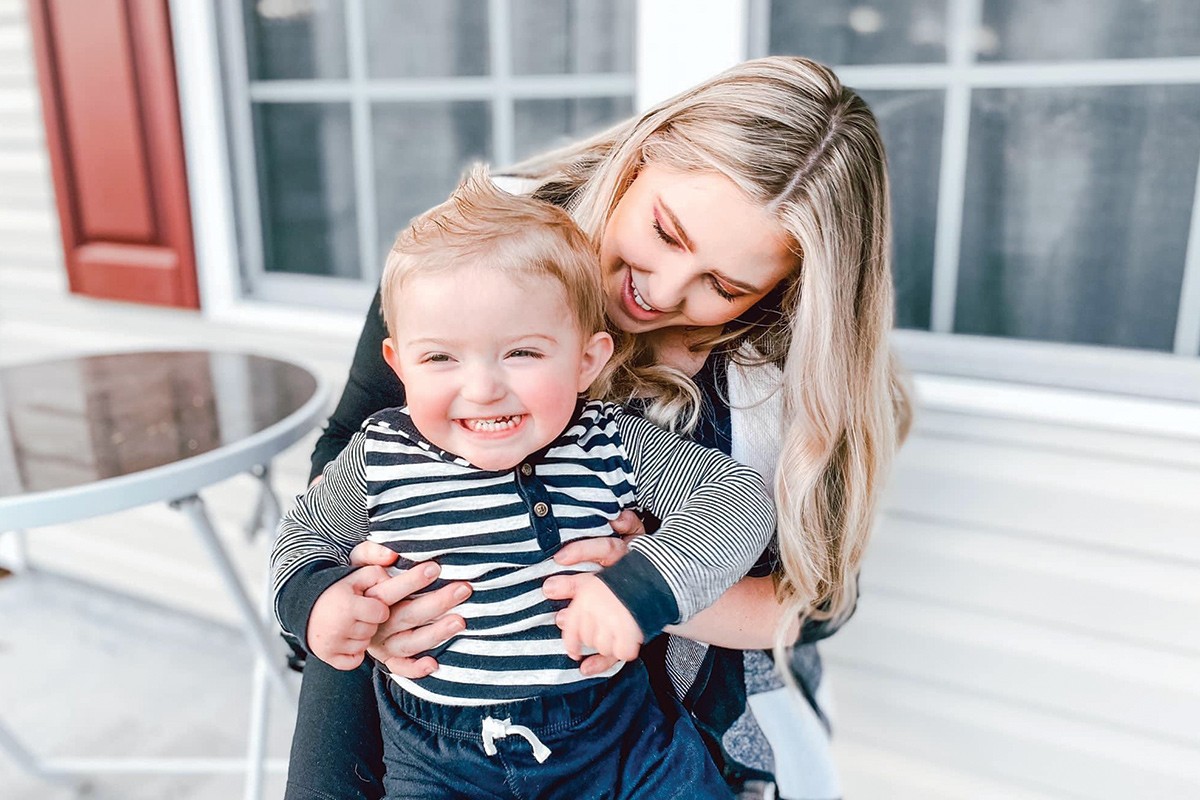 Jessica Trinkle and her son, Parker. He was the first newborn born with spina bifida at Orlando Health who didn't spend a single night in the NICU. 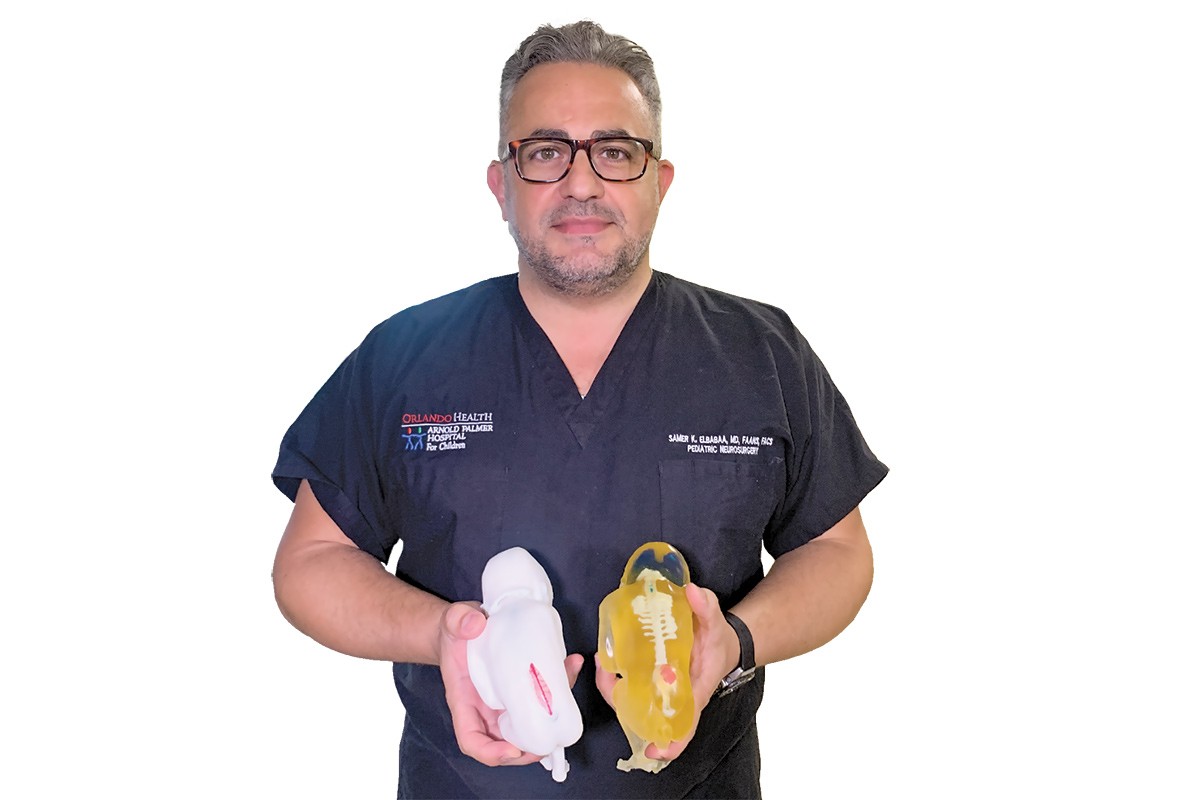 Dr. Samer Elbabaa holds a model showing where an incision is made in a fetus to protect the spinal cord.
< >

In November 2018, Jessica Trinkle was nearly 24 weeks pregnant when she visited her OB-GYN in Volusia County and saw her unborn son Parker's face for the first time on an ultrasound image. It was during the visit she learned that “something wasn’t right.” Parker appeared to have a sac of fluid protruding from his spinal cord because of a condition called spina bifida, where the spinal cord does not develop or close properly.

Trinkle’s doctor referred her to Orlando Health Winnie Palmer Hospital for Women & Babies, which had just launched the state’s first program for fetal surgery to treat spina bifida. There, Trinkle met with Dr. Samer Elbabaa, a world-renowned pediatric neurosurgeon, who performed surgery in utero on Trinkle eight days after the diagnosis to repair Parker’s spine.

The intricate surgeries are a massive operation, requiring a surgical team of 15 to 20 people. It entails making a small opening in the mother's womb to expose the backside of the fetus. The fetus continues to receive its blood flow and nutrition through the umbilical cord while Elbabaa uses his microscope and other instruments to perform the delicate repair of the spine.

“The most interesting part is that you’re technically operating on two patients at the same time, the mother and the baby, and you have to keep both safe.

We have very strict criteria, very strict protocols we execute,” says Elbabaa. “We rehearse every fetal surgery in advance to ensure both mom and baby are safe."

The operations are also unusual, Elbabaa says, because when he gets inside the womb, he’s operating on a patient he’s never met before. Collaborating with Orlando Health’s strategic innovations team to create detailed 3-D models of his tiny patients is taking more of the guesswork out of the procedure. “When I go into surgery, I have all the devices, the products, I need to use to perform the surgeries safely, effectively and efficiently,” says Elbabaa. He also uses the 3-D model to help the parents understand the steps of the surgery they are undertaking, as well as any potential challenges.

Spina bifida affects three out of every 10,000 pregnancies in Florida. Most babies born with it have weakness or paralysis of their legs, and many have cognitive deficits, bowel dysfunction and a host of other challenges. Traditionally, babies with spina bifida would undergo corrective surgery within 24 to 48 hours after birth — but children such as Parker who have prenatal surgery to repair the defect before birth often experience better outcomes.

Early surgical intervention can’t cure spina bifida, Elbabaa explains, but it can arrest the damage that’s already occurred and lessen further complications. “The back of the baby is wide open and the spinal cord is exposed for nine months to an unhealthy environment. That’s why when they’re born, they’re born paralyzed and have fluid buildup in their brains. We interrupt this process early by protecting the spinal cord and closing the sac around the skin so there is no further damage.” He has performed more than two dozen procedures at Winnie Palmer since starting the program in 2018. It’s the only program of its kind in Florida, and Orlando Health is one of only 12 centers in the country that offer the surgery.

Like any surgery, it carries risk, including the risk of premature birth, but Parker stayed safely put until Trinkle’s scheduled C-section at 37 weeks. He was the first newborn born at Orlando Health with spina bifida who didn’t spend a single night in the NICU, and he went home with his family two days after being born.

Today, Parker is a chatty 2½ -year-old who loves coloring, swimming, playing with toy dinosaurs and watching episodes of CoComelon. Without the prenatal surgery, Trinkle says, her son likely would been paralyzed from the navel down. Instead, he has more than 80% control of his leg muscles from his knees up, and with the support of leg braces, he took his first 12 steps in therapy in May.

“He’s really getting stronger each day,” says Trinkle. “He’s just doing really well. He doesn’t have any cognitive delays at all. He’s hit all his milestones, except gross motors skills, all pretty much on time.”