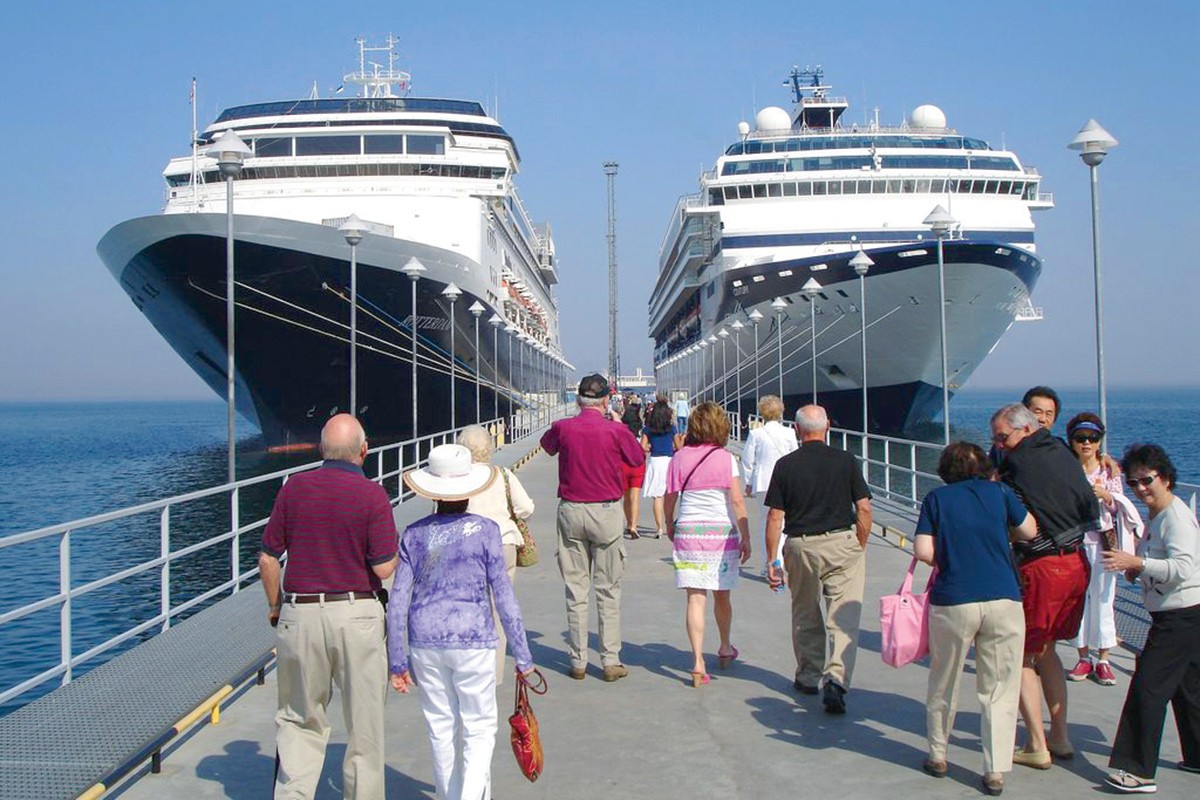 A University of Florida survey found that 30% of cruisers were ready to return to cruising by April, and 46% hoped to go on a cruise next year. 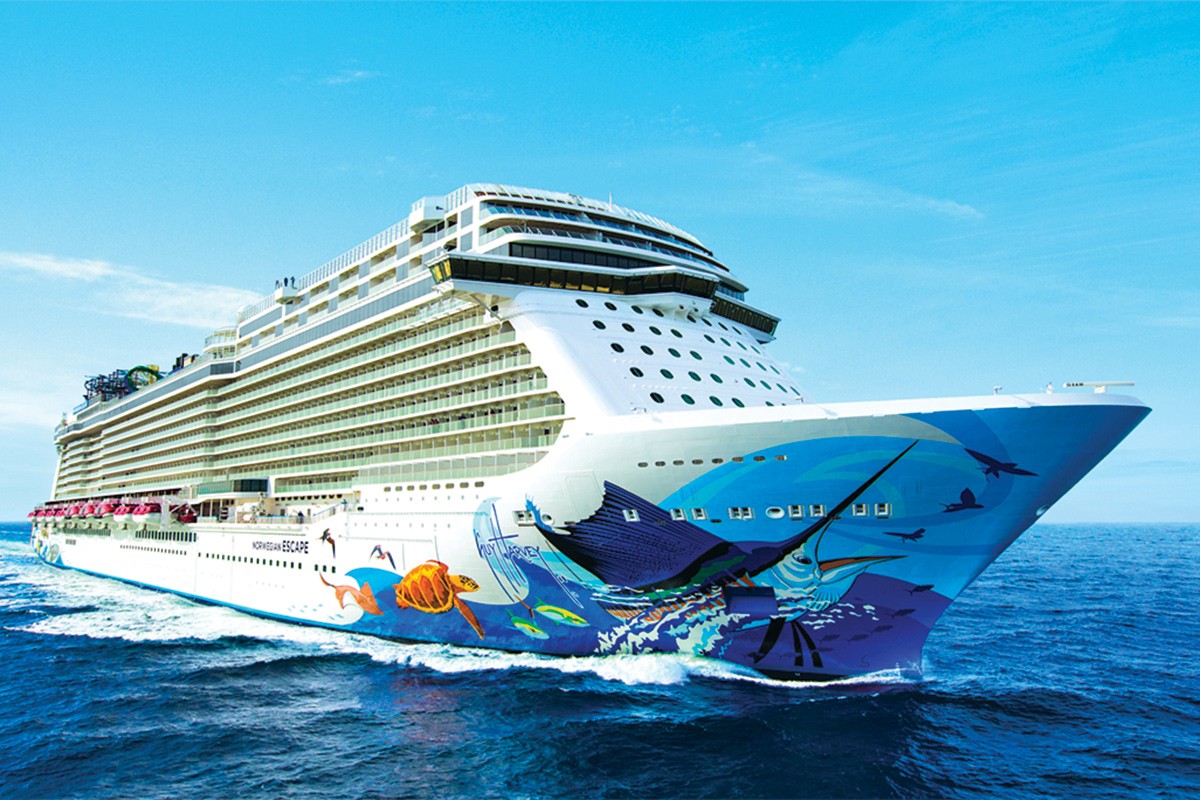 Disney Cruises opened Castaway Cay in the Bahamas in 1998. 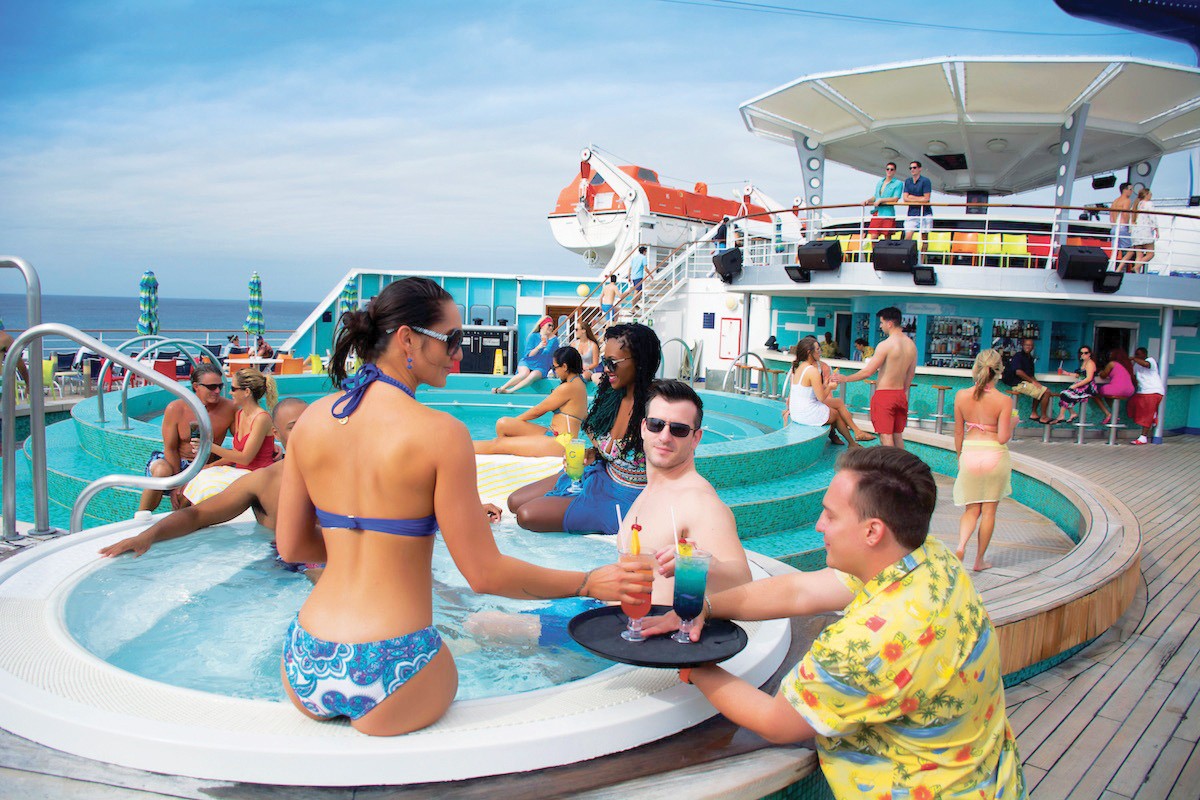 App-based good ordering is being rolled out by Royal Caribbean's Symphony of the Seas. 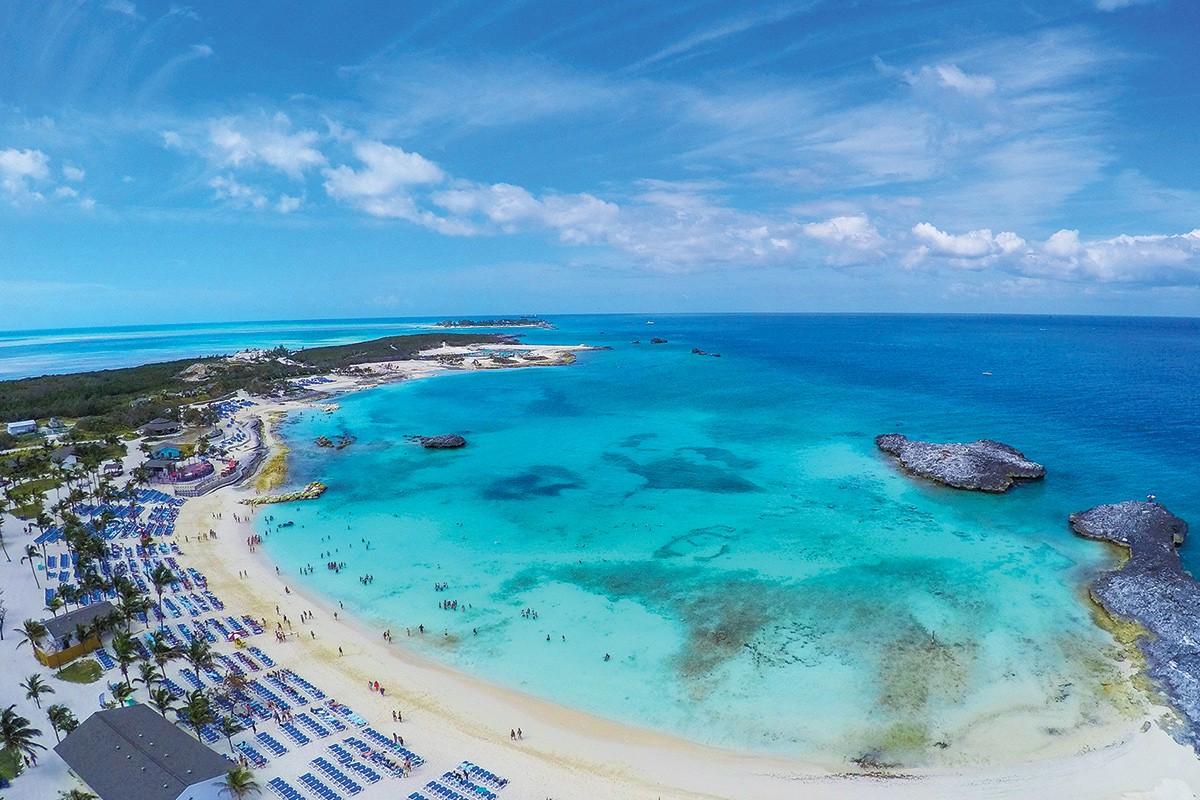 In 1977, Norwegian Cruise Line purchased Great Stirrup Cay in the Bahamas and began developing the 270-acre island as a private port of call for its Caribbean cruises.

By all appearances, cruise lines won’t have to do much to entice their traditional customers back on board as they resume sailing. Early bookings since the Centers for Disease Control and Prevention cleared the way for cruising to start again in the U.S. indicate plenty of demand.

Carnival said in June that bookings for 2022 were outpacing those in 2019. Royal Caribbean reported that more than 250,000 people signed up for its test cruises out of Miami this summer. And Disney Cruise Line’s maiden voyage of Disney Wish, set to debut next June, quickly sold out this spring.

“If you’re a cruiser, you’re going to get back on a ship. Cruisers are going to cruise,” says Michelle Fee, founder and CEO of Coral Springs-based Cruise Planners, a franchise network of travel agents. “They have money set aside for their special vacations, and now they’re going for it.”

Customers also don’t seem bothered by the various new safety measures designed to prevent COVID-19 transmission. The cruise lines say they’re poised to resume the growth they were enjoying before the pandemic.

About 30 million people worldwide took cruises in 2019, up from 18 million in 2009. The three largest cruise companies — Carnival, Royal Caribbean and Norwegian — reported combined sales of $38 billion in 2019, an 11% increase from 2018. “We were a well-oiled machine,” Norwegian’s CEO, Frank Del Rio, said in a recent webcast hosted by Cornell University’s School of Hotel Administration.

On June 26, Royal Caribbean’s Celebrity Edge set sail from Port Everglades, marking the return of U.S. cruising after a 15-month hiatus. The ship carried a reduced passenger count of 1,195 to better maintain social distancing, and all the crew, as well nearly all passengers, were fully vaccinated.

Several months earlier, Gov. Ron De- Santis had sued the CDC over a requirement that 98% of crew and 95% of passengers on ships leaving from U.S. ports be vaccinated, calling the mandate an overreach of power. In mid-June, a federal judge in Tampa issued a preliminary injunction that prevented the CDC from enforcing its guidelines in Florida.

The industry’s main challenge, now as before the pandemic, is persuading people who’ve never been on a cruise to give it a try. Only 15% of Americans have gone on a cruise, and between a quarter and a third of passengers on a typical week-long Caribbean cruise are first-timers, experts say.

In recent years, cruise lines have invested heavily in new ships, private island destinations and onboard technology to broaden their appeal. In the wake of the pandemic, they’ve also upgraded their indoor air filtration systems, implemented new cleaning measures and expanded medical facilities on board to reassure travelers that cruising is safe.

“The avid cruisers are ready to get back. They understand just how important health and sanitation had been to the industry even before the pandemic,” says Rob Kwortnik, a marketing professor at Cornell’s School of Hotel Administration. “The tricky thing is going to be rebuilding confidence with the new-to-cruise market.”

One issue that cruise ships apparently won’t have to deal with — unlike most of the rest of the hospitality industry — is a labor shortage. The cruise lines, which had to repatriate more than 100,000 crew members around the world during the pandemic, say they’re now having little to no trouble persuading workers to come back.

“We’ve been talking to our crew, polling them, and they’re so eager to get back that, frankly, we don’t think that will be a significant issue,” Royal Caribbean Cruises Chairman and CEO Richard Fain said in a recent interview with CNBC. “Obviously, crewing is what makes us successful, so anything there is an issue, but we’re feeling pretty confident.”

Carnival, Royal Caribbean and Norwegian account for 75% of the global cruise market. Combined, they generated $38 billion in sales in 2019. Ticket sales account for 62% of the total, while onboard purchases, such as alcoholic drinks, spa treatments and shore excursions, make up the rest, according to KPMG.

Outlook: “We’re just happy to be talking about actually resuming cruising. Eight of our nine world-leading cruise line brands will, in fact, have some ships sailing by September,” Donald said on CNN in June.

Outlook: “After 15 months of no forward motion, suddenly, everything is happening at lightspeed,” Fain said in a video address to travel agents in June. “Summer is starting in the United States, and cruising is going to be a big part of it.”

Outlook: “By the end of the third quarter, we’ll have roughly 30% of our ships operating again, some out of the U.S, some in Alaska, some in the Caribbean, and some in Europe,” Del Rio said on CNBC in May. “By the end of Q1 2022, we should have the entire fleet operating again, and so we’re off to the races. 2022 could be the best year in the history of the industry. That’s how much pent-up demand there is. That’s how strong pricing is.”

A University of Florida survey found that 30% of cruisers were ready to return to cruising by April, and 46% hoped to go on a cruise next year. Among travelers who haven’t cruised, 6.5% were willing to get on a cruise ship last spring, and 23% would consider cruising in 2022, according to the survey, which was conducted with 1,540 respondents nationwide in February, March and April. “Cruise lovers are eager to sail again,” says Rachel Fu, director of the Eric Friedheim Tourism Institute at the University of Florida and chair of the Department of Tourism, Hospitality and Event Management in UF’s College of Health and Human Performance. “They’ll come back as soon as they feel it’s safe.”

The pandemic has led cruise ships to temporarily suspend self-serve food and drink options, including buffets. But that doesn’t necessarily mean the end of the all-you-can-eat buffet. Some cruise lines say their buffets will be back, just in a different format. Rather than self-serve, they’ll be cafeteria-style, with food dished out by vaccinated crew members.

“If you want 16 pieces of bacon, you can still have that. You just can’t take the tongs and get it yourself,” says Cruise Planners CEO Michelle Fee. “The buffet is not going away. It’s a fan favorite. The cruise lines know that. It will just be served a little differently.”

In 1977, Norwegian Cruise Line purchased Great Stirrup Cay in the Bahamas and began developing the 270-acre island as a private port of call for its Caribbean cruises.

Since then, every big cruise line has acquired a private island (or two) for the exclusive use of passengers sailing on its ships. Most islands are in the Caribbean, a relatively short sail from home cruise ports in Florida, and usually are the first or last stop on an itinerary.

Experts say private islands are good for the bottom lines of cruise companies, which capture all the money spent on food, drinks and entertainment. In addition, the private islands are popular with passengers, who generally perceive them as safer and less crowded than destinations open to the public.

The islands also have the added benefit these days of giving cruise lines greater control over COVID screening and monitoring measures.

Today, Great Stirrup Cay features an ocean-view restaurant, a spa, several bars and white-sand beaches. Norwegian’s passengers, who have exclusive use of the island, can rent a beach cabana for $250 or go parasailing for $125.

Located nearby, Royal Caribbean’s new CocoCay includes a 135-foot-tall waterslide, a swim-up bar, helium balloon rides and a tram that runs around the island. Royal Caribbean spent $250 million to develop CocoCay, which opened in late 2019, just before the pandemic.

Over the past decade, cruise lines have invested in technology designed to make cruising easier, more personalized and more pleasurable. Royal Caribbean has WOWbands, waterproof wristbands that allow passengers to lock and unlock cabin doors and pay for onboard purchases without a credit card or cash. MSC’s newest ship, Bellissima, has in-cabin, voice-activated artificial intelligence to answer questions like, “Where is the casino?” or “How do I book an excursion?” Carnival uses geolocation to fulfill food delivery orders for passengers anywhere onboard, and cruise terminals have installed facial recognition systems to speed up the check-in and boarding process.

Now, those technologies are being expanded and adapted to a post-pandemic world.

Take the Tracelet, for example. The wearable device is built for contact tracing and social distance monitoring and is mandatory for all passengers and crew members aboard Royal Caribbean’s Quantum of the Seas. Using the Tracelet, crew can trace a COVID-infected person’s movements and interactions or tell whether too many people are congregating in one place and encourage them to spread out.

The in-person muster drill — a mandatory safety exercise at the beginning of each cruise — involves large numbers of people gathering in the same place at the same time to learn where to go in the event of an emergency and how to use a life vest. It’s most people’s least favorite part of a cruise. In the wake of COVID, it also raises a host of health concerns, especially around social distancing.

Royal Caribbean now is replacing the in-person drill with an electronic process that people can largely do on their own. The process, called eMuster, has passengers review safety information via their phones or in-cabin TVs and then go to an assigned station to complete the process.

Royal Caribbean says the new approach was developed in partnership with international regulators, the U.S. Coast Guard and other maritime and government authorities.

In 2019, MSC Cruises launched Zoe, an in-cabin, voice-activated personal digital assistant that acts like a front-desk concierge. Zoe, which rolled out aboard MSC’s Bellissima, is programmed to answer more than 800 questions about the ship, its services and ports of call. MSC eventually plans to install Zoe across its fleet.

Royal Caribbean’s Symphony of the Seas recently began testing an app-based food delivery service that enables passengers to order food and have it delivered anywhere on the ship. Users drag and drop a virtual pin on an interactive map to select their location. Similar technology also is being tested by Carnival Cruise Lines and Princess Cruises.

Virgin Voyages’ first ship, the Scarlet Lady — due to set sail this month from Portsmouth, U.K. — will offer virtual queuing at restaurants via its Sailor app. The technology allows passengers to join a virtual waiting line for a restaurant table, reducing the risk of crowding and contagion.