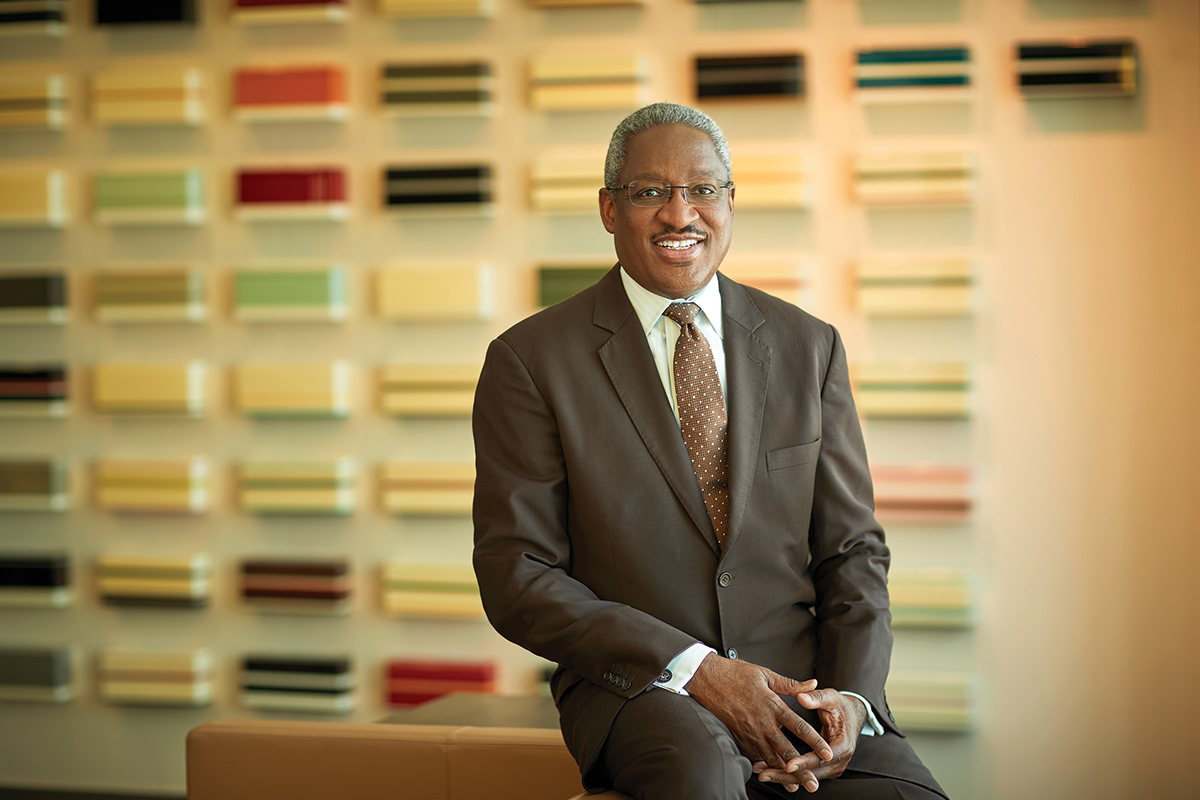 Albert Dotson Jr. is the founding president of the South Florida chapter of 100 Black Men of America, a nonprofit mentoring organization, and he's especially proud of his work with former Miami Heat player Alonzo Mourning in Overtown, an historically Black area of Miami.

In 1980, four white Miami-Dade County police officers were accused of beating black insurance agent Arthur McDuffie to death after he ran a red light on his motorcycle. Local prosecutors took the case to trial and lost when an all-white jury in Tampa delivered not-guilty verdicts, sparking protests throughout Miami.

At the time, Al Dotson was a Dartmouth undergraduate student interning at the Miami-Dade state attorney’s office, then led by Janet Reno. As an outside observer of the McDuffie trial, he’d been disappointed with the outcome, but the internship solidified his interest in becoming a lawyer, he says.

“It just caused me to double down on my efforts related to the role lawyers can play when appropriately focused,” he says. “A good lawyer focused on justice can absolutely make a difference. Lawyers who are mostly transactional — how do I get to the next case? How do I get to the next hearing? — without much regard for their client or justice could have a negative impact on the overall system,” he adds. “I had a chance to witness all of that.”

Dotson grew up in Detroit, Chicago, Atlanta and, ultimately, Miami, the oldest of five children. His father was the first black store manager for Sears, and the family moved as he took on new management roles.

“As we moved from city to city, we were front and center to a lot of history. Most notably, when we moved from Chicago to Atlanta, we got to know very well” the families of Martin Luther King Jr. and other civil rights leaders, including Ralph Abernathy and Andrew Young, Dotson says. “I didn’t see them as untouchable people referenced in books or the news, and that was very impactful to me.”

After graduating from Dartmouth with a degree in economics, Dotson went to law school at Vanderbilt. He began his career as a real estate attorney, then switched to litigation and in recent years has specialized in publicprivate partnerships and government contracts.

In 2019, Dotson became managing partner of Miami-based Bilzin Sumberg — only the second person in the firm’s 23-year history to hold the position — succeeding John Sumberg, now chairman. The firm has more than 100 attorneys and 120 support staff.

Dotson enjoys mentoring and developing young people. He’s the founding president of the South Florida chapter of 100 Black Men of America, a nonprofit mentoring organization, and he’s especially proud of his work with former Miami Heat player Alonzo Mourning in Overtown, an historically black area of Miami. In 2003, in partnership with Mourning and developer Martin Margulies, Dotson helped open the Overtown Youth Center, initially as the attorney for the venture and then as its board chairman for its first 10 years. The center provides educational and recreational activities to local children.

“To me, mentoring is invigorating. I find it emotionally satisfying to watch a young person transform as a result of experiencing something that was completely outside their touch,” he says. “There are so many young people — not lawyers — who’ve never been inside the buildings downtown but can see them from their home. You bring them up here, and they get to look outside the window and see our community, places they’ve literally never been. To watch them go from that state of being to a lawyer, a teacher or a person in business or non-profits and a few in politics — I couldn’t dissuade them from that — is absolutely rewarding. I get a lot of energy from it.”