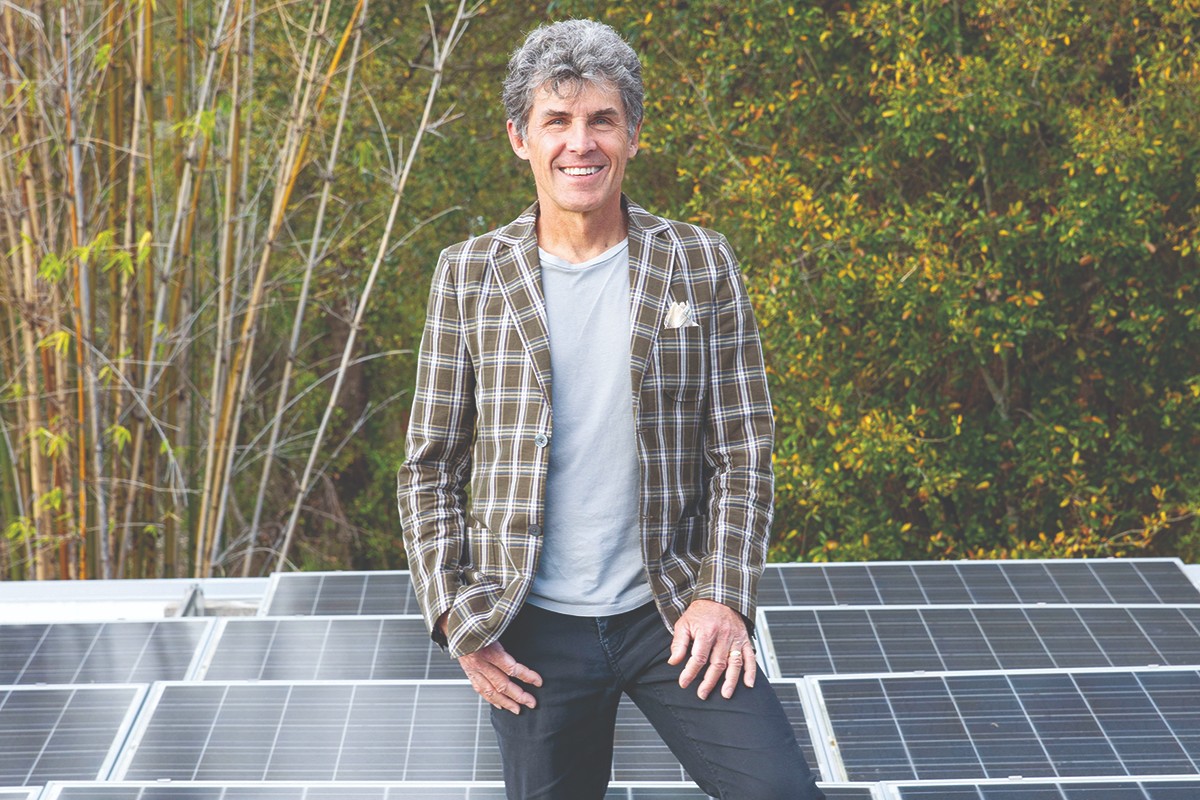 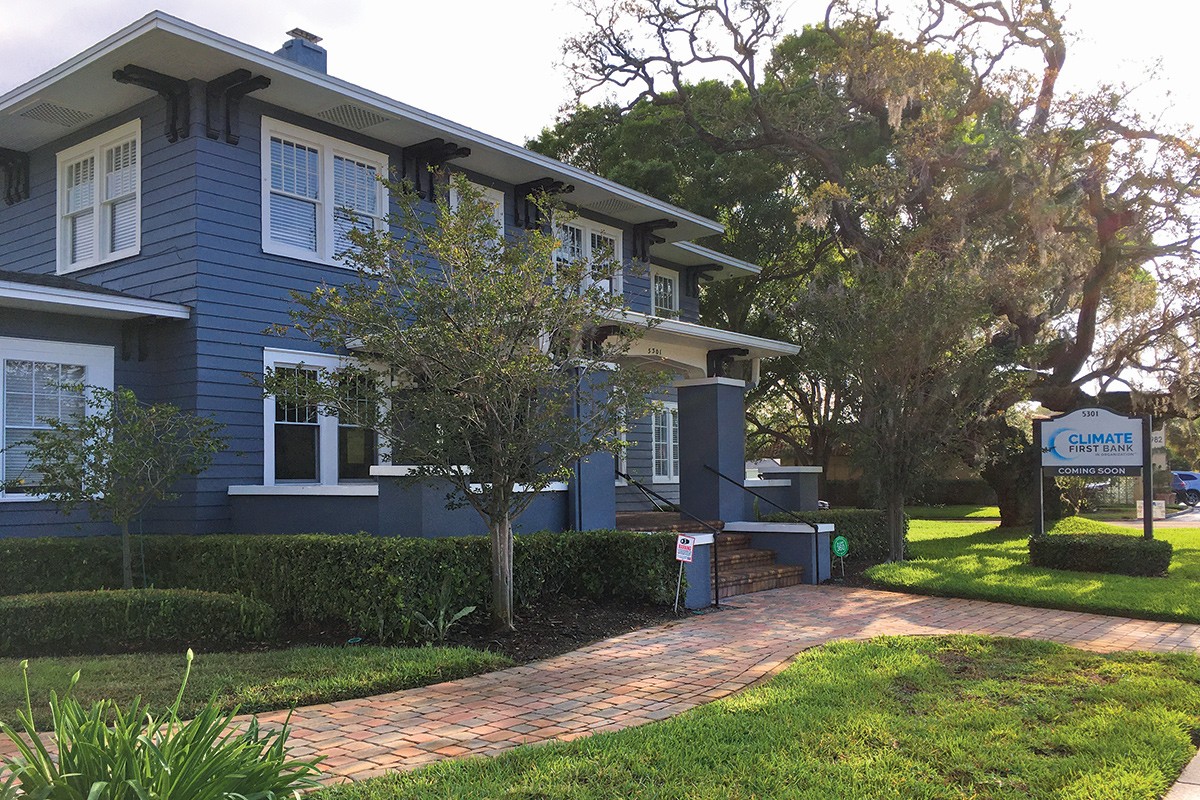 Putting the Green in Greenbacks

After selling the first bank he started (Florida Choice Bank) in 2006, Ken LaRoe and his wife bought a small motor home and traveled across the country. Before they left, LaRoe’s brother gave him the autobiography of Patagonia founder Yvon Chouinard, Let My People Go Surfing: The Education of a Reluctant Businessman. It changed his life. “I thought this is it — this is the answer for what’s been troubling me. I was 50 at the time, and I felt like I needed to do something that did more than just pay a bunch of people a bunch of money,” LaRoe said in a recent interview. “I want to do something that actually gave back, and the book inspired me.”

In 2008, LaRoe started First Green Bank — a community bank in Orlando known for its solar-powered branches and residential solar loan programs. It merged with Seacoast Bank in 2018, and LaRoe is embarking on a new eco-focused bank, Climate First Bank, which opens this month on Central Avenue in St. Petersburg.

LaRoe says Climate First Bank plans to “supercharge” the sort of solar loan products that First Green Bank offered. Applications will be digitized, and customers will be able to apply for loans online and get their approval from an AIpowered program within minutes. While fintech firms have already cornered some of that market, they aren’t FDIC-insured, so Climate First Bank (which will be) may have an opportunity to partner with them on products. The banker also sees a big potential market in making loans to condominiums to do “deep” retrofits to become more energy efficient. “There are 12,000 condo buildings in Miami-Dade County alone that have reached the 40-year mark and have to be recertified,” LaRoe notes.

Another business line will include offering competitive loans for green building developments. “If you’re going to build to LEED silver, gold or platinum, we want to be able to incent that through more competitive rates and terms,” says Chris Castro, a founding director of the bank and Orlando Mayor Buddy Dyer’s director of sustainability and resilience.

Climate First Bank leaders are also looking at offering other loan programs around electric vehicle charging infrastructure. If state reports are correct, he says, 20% to 30% of vehicles in Florida will be electric by 2030, Castro notes. “In order to power that many vehicles, we need tens of thousands of vehicle-charging stations, and we are looking at ways we can help finance charging stations for businesses, for hotels or other commercial (entities) that want to get into the EV space or offer that as an amenity for their facility,” he says.

Climate First Bank’s inaugural location stemmed in part from limitations of an agreement LaRoe signed when he exited his last bank. “My non-compete keeps me out of Central Florida until October,” LaRoe says — but both he and Castro see St. Petersburg as a natural fit given its culture and demographics. “When you look at St. Pete and the Tampa Bay area, there is a rising interest around sustainability and climate. St. Pete specifically is part of the American Cities Climate Challenge, along with the city of Orlando,” Castro notes. “We’re the only two cities in the state of Florida that were selected and were winners of that.”

But the bankers predict they’ll be in other markets across Florida and the rest of the Southeast soon enough. “Our plan is we open in Central Florida in October, the Orlando MSA, then in Mount Dora and shortly after that we open in Tampa — so we book in the I-4 corridor, which we view as a critical political corridor as we all know, but also a critical business corridor, especially in the climate fight because there’s a lot of like-minded souls,” LaRoe says.