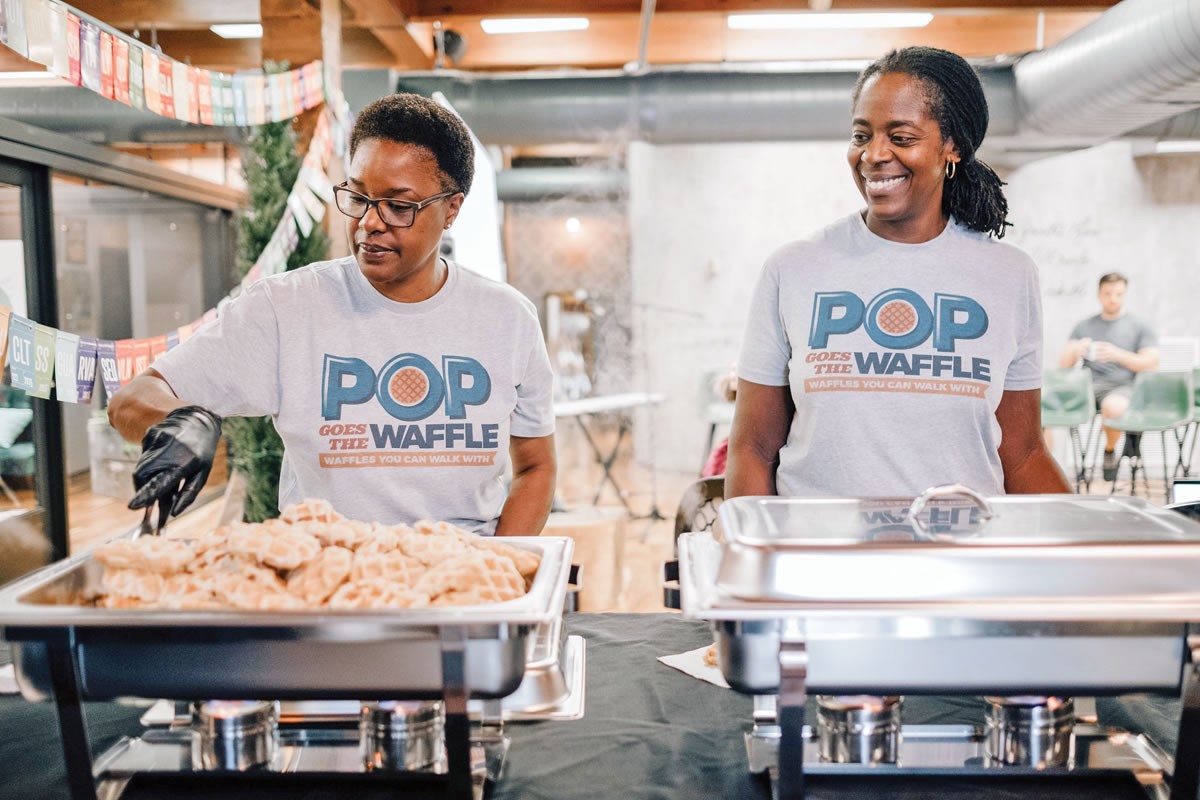 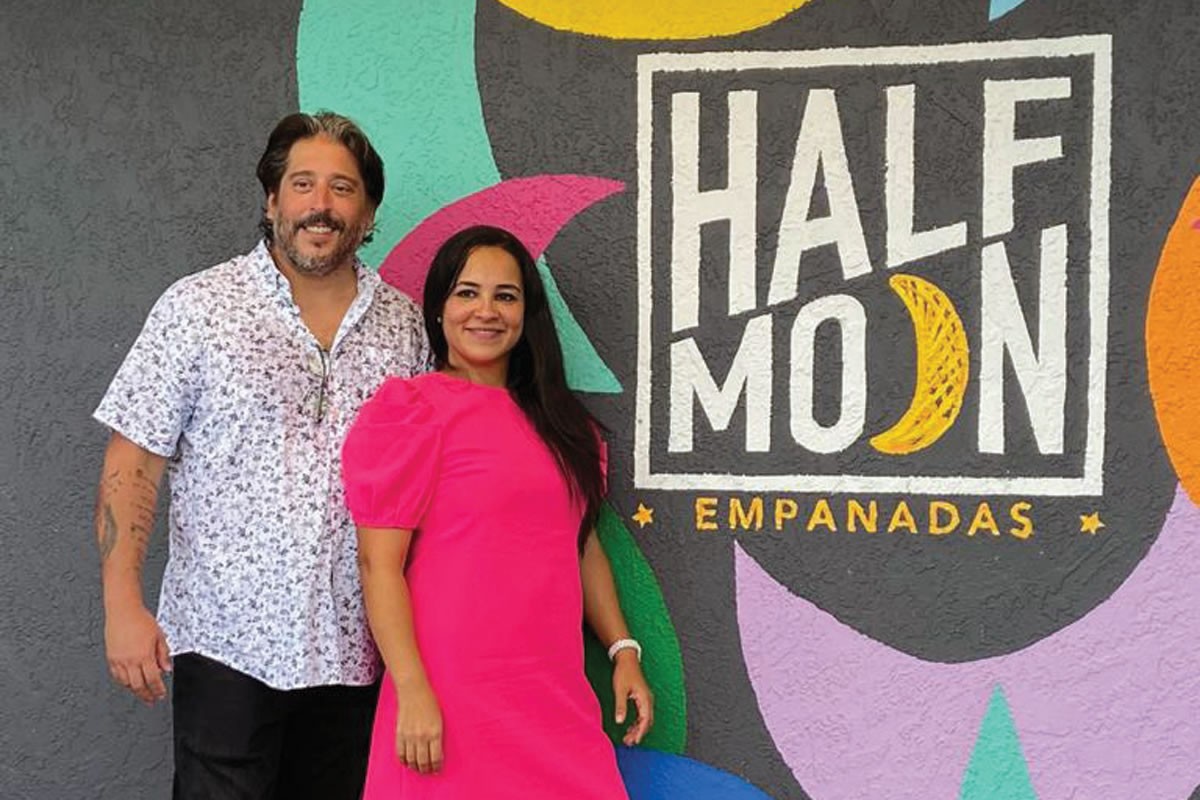 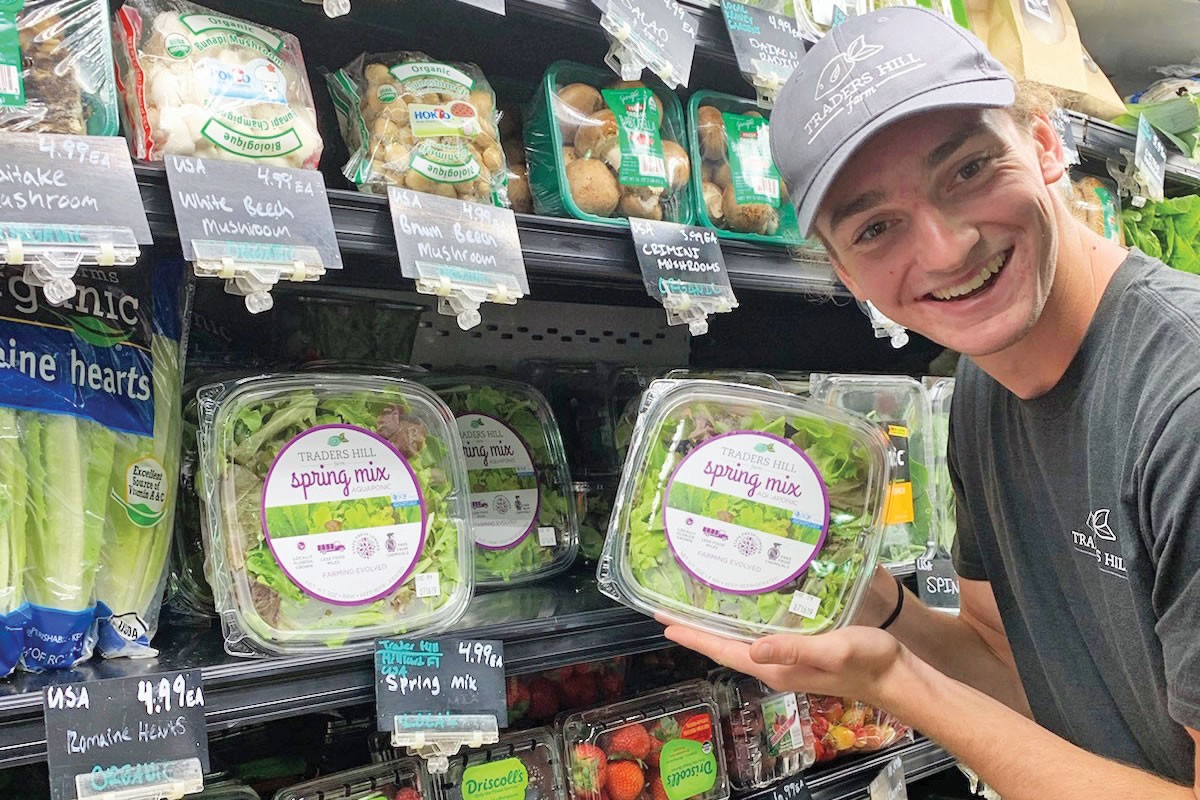 Pop-up spells success for this Black-owned food truck business in St. Petersburg. As the pandemic impacted small businesses across the state, Pop Goes the Waffle owner Sara Fludd shut down her business for months. With the help of the Florida SBDC at Pinellas County Economic Development and Pinellas County Economic Development team, Fludd applied for and received an Economic Injury Disaster Loan. Pop Goes the Waffle also received a grant from the Vinik Sports Group, owned by Tampa Bay Lightning owner Jeff Vinik, and donated and delivered 5,000 waffles to frontline workers and children in summer programs in the area.

Resilient entrepreneur takes bold action to save her Miami-based business a second time.
Returning from a tradeshow in Denver, Pilar Guzman Zavala couldn’t have been more excited. Her small business, Half Moon Empanadas, was about to expand nationally and she’d had “amazing” feedback. Then, just days later, Zavala and her co-founder/husband, Juan Zavala, had to close all but one of their 13 Miami locations due to COVID-19. Letting go — of stores and people — was tough, but Zavala knew what to do; she’d been bankrupt before. With help from Florida SBDC at FIU, she received an Emergency Bridge Loan and applied for PPP. In the meantime, Zavala continues to pay 11 salaried managers — “They’ve been there for me, I need to be there for them.” — and works on a major rebranding effort for when the business reopens.

Continuing to thrive … despite a pandemic
Florida’s first two cases of COVID-19 were officially confirmed on March 1, 2020, and within days, small businesses of every type and size all across the state began to feel the effects. Office personnel were sent home to work solo. Fine dining restaurants, corner cafes and even some bars became “take-out only.” And as the pandemic continued to wreak havoc throughout the summer and fall, those one-of-a-kind, largely sole proprietor or partner-owned businesses like bookstores, boutiques, galleries, gyms, T-shirt shops and ice cream parlors took serious financial hits.

So did the one type of business you’d think might be well-suited to withstand pandemics — a farm. To be profitable, farms must be able to get the crops they grow to market — no easy task in the midst of a pandemic — and that’s where Florida SBDC stepped in to help one north Florida agricultural business: Traders Hill Farm.

Located about 30 miles north of Jacksonville in Hilliard, Florida, Traders Hill Farm opened as a demonstration facility in 2013 with just four employees. Since then, Traders Hill has expanded to more than 54,000 square feet and nearly 40 employees, making it the largest controlled-environment agriculture operator in Northeast Florida and the largest environmentally safe aquaponics production facility in the Southeast.

The growing method aquaponics requires both an aquaculture operation and a greenhouse operation. Traders Hill converts the waste-water produced by cultivation of fish (in this case, tilapia) into nitrogen-rich food for growing plants, a process that uses less than 10% of the water and less than 60% of the land needed for conventional farming. At Traders Hill, the plants that result are primarily leafy greens and tasty herbs, about 97% of which, prior to the pandemic, were purchased by restaurants, schools and farmers markets in the facility’s home county (Nassau) and the neighboring counties of Duval, St. Johns, Clay and Flagler in north Florida and Camden in south Georgia.

But when those sales largely disappeared as the purchasers began to close, Traders Hill was forced to find new outlets for its produce that, once picked, wouldn’t stay fresh for long. Thankfully, the company had soft-launched a direct-to-consumer sales option in late February via online ordering. With that infrastructure already in place, the company was able to “coast” for a few weeks while representatives from the Florida SBDC at University of North Florida stepped in to help Traders Hill transition from offering its produce at pick-up locations to beginning home delivery on March 30, 2020.

With guidance from the Florida SBDC, Traders Hill President and General Manager Tracy Nazzaro took home delivery up a notch. The company now offers a subscription service on its website featuring several colorful box options of fruits and vegetables for home delivery in northern Florida and southern Georgia. The contents of each — enough to feed three or four people for a week — are primarily sourced from local farms in Florida and Georgia, and each box contains lettuce and other leafy greens grown at Traders Hill Farm.

Says Nazzaro, “Everyone has embraced these changes and worked hard during this transition. I’m happy that restaurants are starting to re-open for dining services. We are here to service their needs and plan to keep our home delivery service as a permanent option.” Traders Hill Farm recently debuted their new Datil String Hot Honey at Southeast Produce Council’s Southern Exposure.