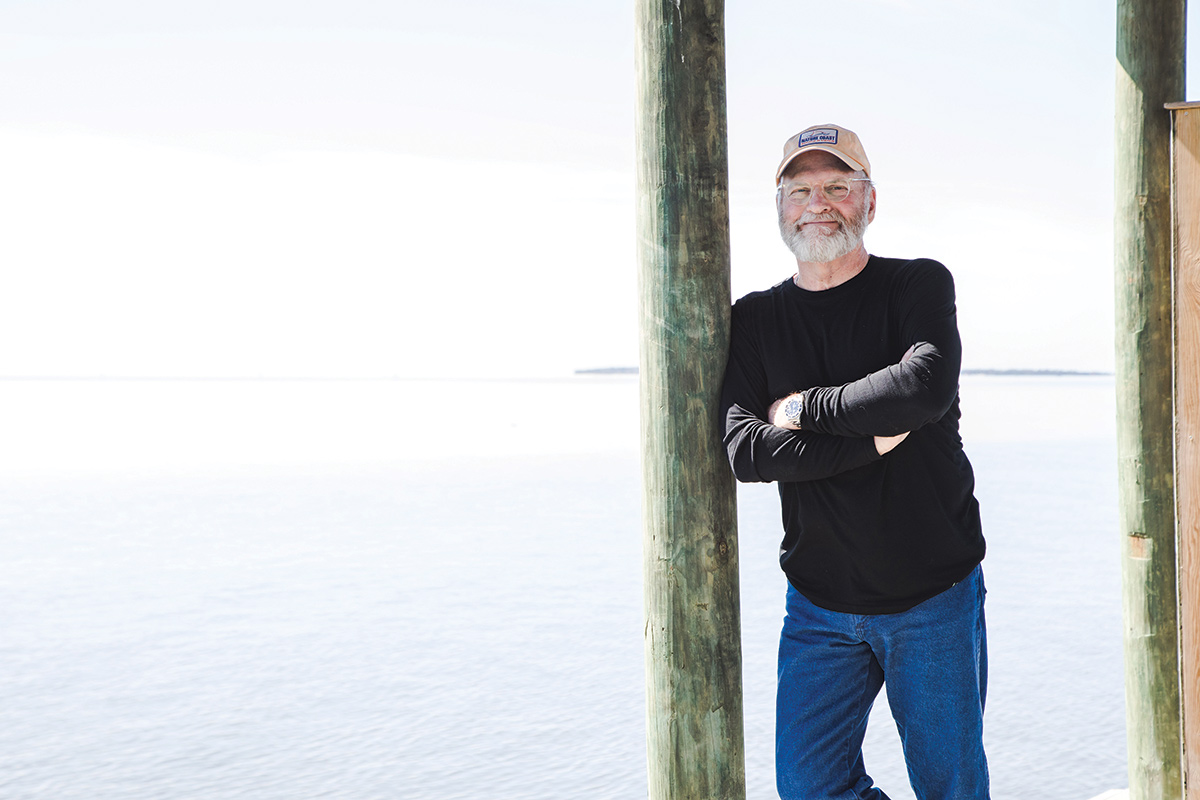 "I feel like everybody is the same. People who put on airs, I don't have much time for them."

Jack Payne is a Florida Icon

I grew up in a little town outside Philadelphia called East Lansdowne. My father took over his grandfather’s plumbing business, and I basically grew up on a plumbing truck. I remember being 6 or 7 years old and being the gofer, getting tools off the truck. I’m the first in three generations of my family to go to college.

The No. 1 challenge in Florida is climate change, sea-level rise. There’s research being done in South Florida that shows the ocean coming up like a half-inch a year. If you live in Miami today and you have those king tides and you have to take a boat to your house, you have to be asking yourself, what the hell is going on?

Five years into living in Gainesville, I was spending time in St. Augustine on the beach and in Cedar Key fishing, and I fell in love with Cedar Key, so I decided to buy a house here. The house is on 12-foot stilts. Hermine, my first year here, put eight feet of water under my house. Irma, the year after, was supposed to take us out as a Category 5. I didn’t think I’d see my house again. It took all the soffits off my roof and put a tree down on a deck I just built. Then Michael, on the way to the Panhandle, put like five feet of water on my property, so hurricanes are something I’m really worried about. I probably won’t see it in my lifetime, but I think there will be a retrenchment, with people moving away from the coast. My wife and I, we’ve had a great time living here. It’s quiet. I have roseate spoonbills and wood storks in my back yard. I’m surrounded by nesting ospreys. I don’t know what the future holds, but this has been a great little place to live.

If you ask me what I think the biggest problem the United States ever faced, with all its wars and everything, whether it’s the Civil War, World War I, World War II, I would tell you it’s racism.

The last four years was such an attack on science. We have to figure out how things work and what truth is. The best way to get the truth is through science. It’s the best way that humankind has come up with, and to reject that, to reject climate change for example, worries me so much.

During my career, I hired a lot of people, a lot of smart, highly educated people. When the search committee got to the finalists, I didn’t really look at the resumes because, if they weren’t qualified, they wouldn’t be a finalist. What I read very carefully is the cover letter, and what I want to see in that letter is their passion. Passion is really important to me.

I think the citrus industry will survive, but it will probably be a smaller industry. Some of the recent research on citrus greening has been positive. A lot of it has to do with gene editing. They’ve also been working on a transgenic tree, but the question is will the public accept a GMO tree?

It’s really funny. I sit in the Neptune Lounge in the Island Hotel with some of the old-timers who are like fourth-, fifth-generation Cedar Keyans, old guys, and they’ll say: ‘Jack, these keys out here, they’re sinking. When I was boy, they were much, much bigger.’ And I tell them: ‘They’re not sinking. The ocean’s coming up!’

Adjusting to retirement wasn’t easy. I mentioned how big IFAS is, with around 4,000 faculty and staff and a 400-plus-millon-dollar budget. One day you have all that responsibility, and the next day you’re not in charge of anything. But I remain involved in three major global issues that have involved much of my professional life: Preserving biodiversity, food security and climate change. I plan to stay involved with those as much as possible.

Somewhere along the way, we have failed — I don’t know if it’s our education system or what — to get people to understand how things work and where truth comes from. If you look at what people believe in today, like this QAnon bullshit, it’s scary.

Here’s what I worry about. Unlike hurricanes, when the saltwater comes over the land, with sea-level rise, the water, because of our karst geology, is going to come under the land. It’s already happening, and it can poison our aquifers. When the ocean comes up, you can’t push the ocean back.

When I was a little kid, working on the truck with my dad, the way you’d put in a new water main — back then it was all lead pipe, and we’d replace that with copper — you’d dig a hole out at the curb down to the main line and then you’d get in the guy’s basement and take steel pipe and a sledge hammer and you’d drive it through the wall of the cellar, toward the hole at the curb. So, I’m like in the first grade and I’m in the hole, and it’s fall, and I think it started to snow, and I was crying for my mother, and my father looked at me and he said, ‘Kid, if you ever think about quitting school, I want you to remember today, and I want you to remember how hard your old man works.’ Years later, I’m in graduate school, and I fly back home for Christmas and all the relatives are there, and my dad tells that story and says, ‘I can’t believe I told him to stay in school. Now, I can’t get him the hell out of school and get a job.’