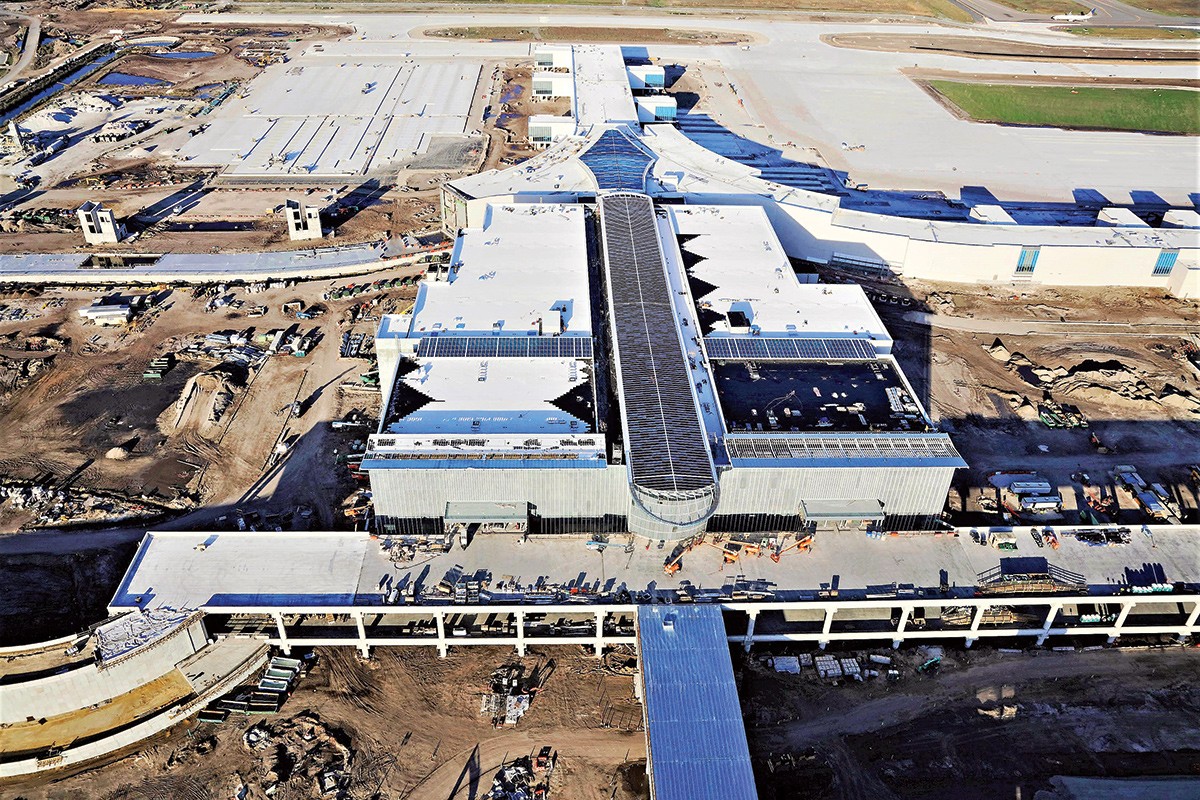 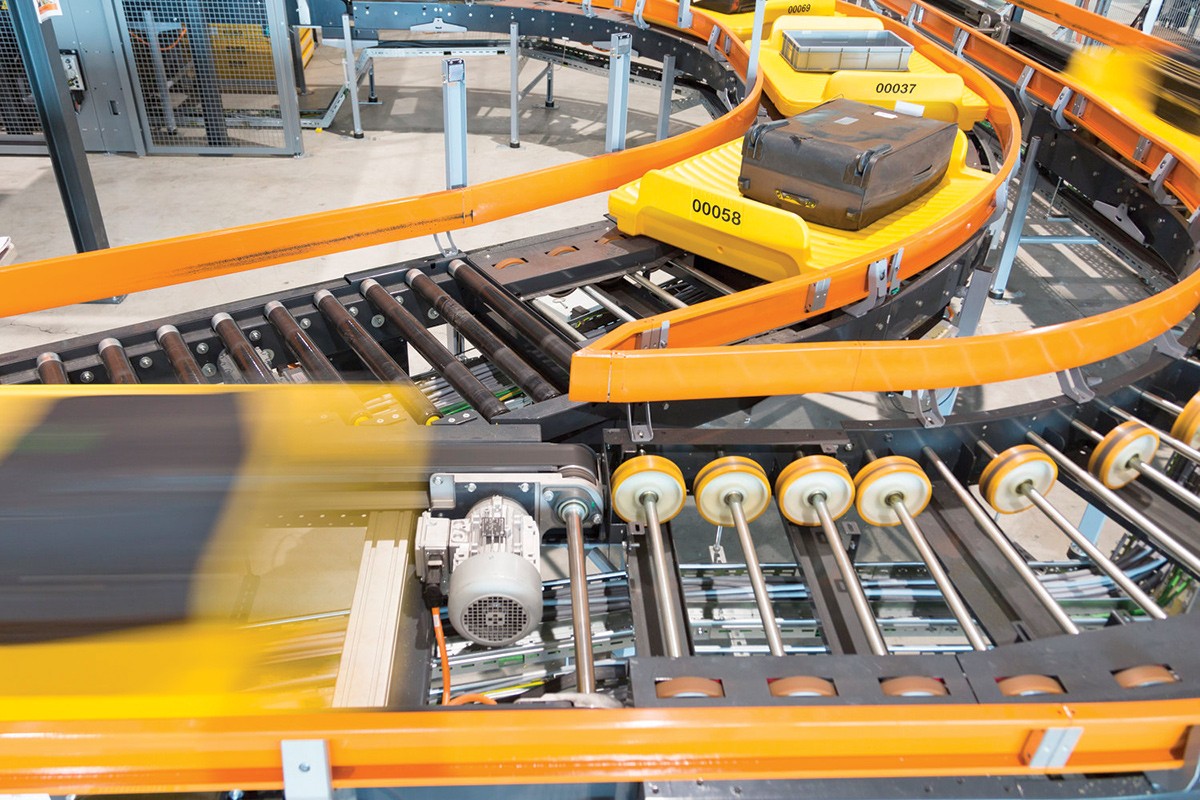 The new terminal will include a luggage "tote" system that will sort bags into bins, which will have an ID chip so passengers can track their baggage anywhere in the airport. 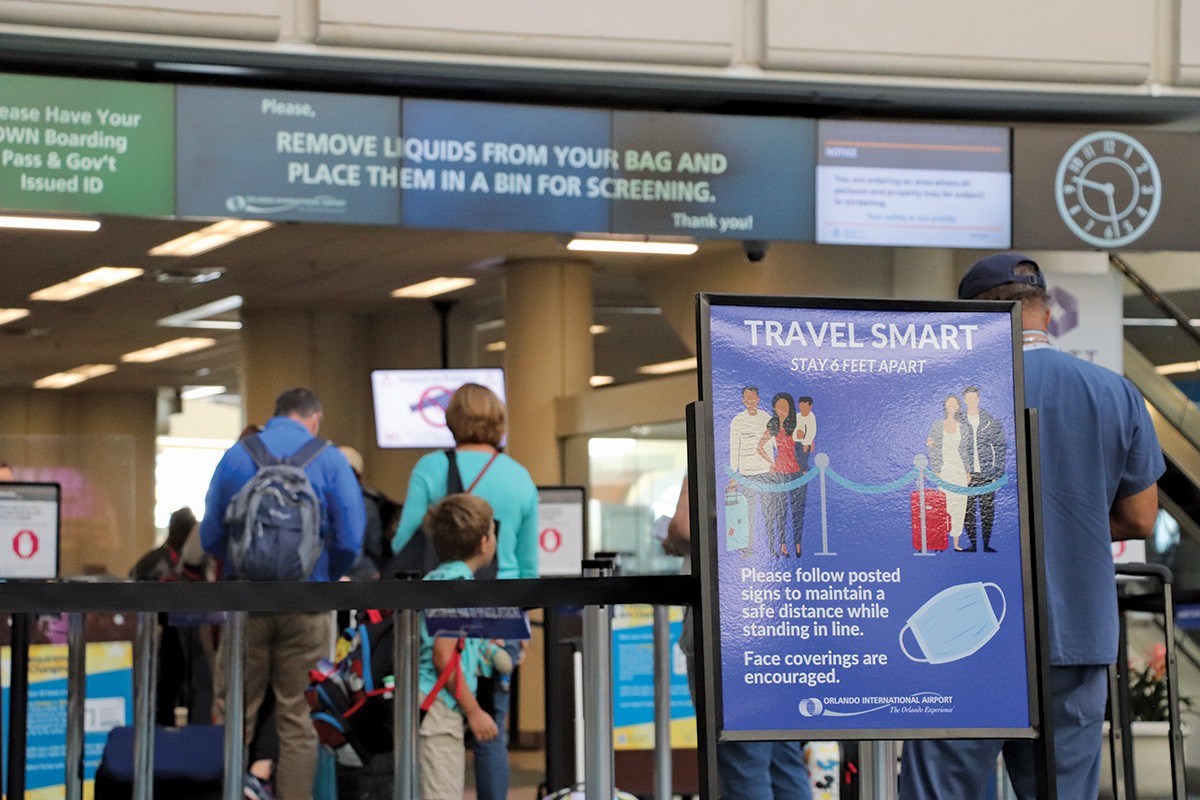 The drop-off in passenger traffic at Orlando International reached its nadir on April 15 of last year, when slightly more than 1,000 people departed from the airport.
< >

Carl Langford, who was mayor of Orlando from 1967 to 1980 and was instrumental in securing the land where Orlando International Airport now stands, once remarked that airports should be designed “for people, not for airplanes.” More than four decades later, officials at OIA have kept that approach in mind with the design and building of a south terminal complex that’s nearly finished.

“What we’ve done in the south terminal is take the 41 design concepts that we have in the north (main) terminal and bring them into the 21st century,” says Phil Brown, executive director of the Greater Orlando Aviation Authority. “The design is one that lets a lot of light into the terminal. We have a lot of foliage inside the terminal. We have some immersive technology in there that we’re installing that will be unique.”

Natural light streams into the three-floor facility through a glass skylight atrium, illuminating an interior boulevard dotted with palm and cypress trees. Digital entertainment stationed throughout the concourse aims to make the mundane aspects of air travel a bit more enjoyable. Passengers can stroll beside a 30-foot-tall video wall known as the Moment Vault and become immersed in a 360-degree video of Florida’s beaches or gardens, with their silhouettes electronically embedded into the scenes. Another digital display — the 60-foot-long Windows on Orlando video screen — is designed to make passengers feel as if they’re swimming alongside manatees and over reefs or walking along the beach.

The terminal will also include a state-of-the-art baggage handling system known as an independent carrier system. Most U.S. airports use conventional conveyer belts to move baggage. The south terminal’s system will sort each piece of luggage into its own tub, or tote, which follows a track to its destination. Each tote has a radio frequency ID chip so passengers can track their baggages anywhere in the airport, making it much less likely a bag gets lost — and because they’re contained in their own totes, bags are less likely to end up damaged. It’s also more efficient. “We went to Dusseldorf in 2017 to look at the system and how it operated there. It was much cleaner, much less noisy, environmentally friendly, less power is used and it doesn’t have to run all day like our current baggage systems do. When you’re not using it, you can turn it off,” Brown says.

The baggage system also enabled a unique architectural twist. Instead of locating the baggage claim area downstairs as in most airports, passengers will head up a small escalator to a bright arrival area to pick up their bags. The new baggage system will be able to handle up to 4,800 bags per hour, and if it works as planned, passengers should get their bags within 15 minutes. JetBlue Airways will operate flights out of the new terminal after it’s completed in February 2022.

Other notable features of the south terminal complex will include:

Amid the pandemic, the Greater Orlando Aviation Authority downsized its south terminal project by about a quarter of a billion dollars and slashed the number of new gates from 19 to 15. “We don’t get taxes from anywhere; we operate on user fees, and when we don’t have people using the airport, it’s hard for us to make money, hard for the concessions to make money and obviously the airlines as well and rental cars,” says Aviation Authority Executive Director Phil Brown. “We’ve all been suffering, but I think we’re seeing some green shoots.”

The drop-off in passenger traffic at Orlando International reached its nadir on April 15 of last year, when slightly more than 1,000 people departed from the airport. On a recent Sunday in March, approximately 55,000 passengers departed OIA. That’s still 50% down from normal levels, says Brown, but airlines are adding more flights and expecting more bookings. “The challenge that airlines have had for the entire pandemic is that the booking window is pretty close in, so people when they fly make a decision, some as short as 48 hours from flight time,” he says.