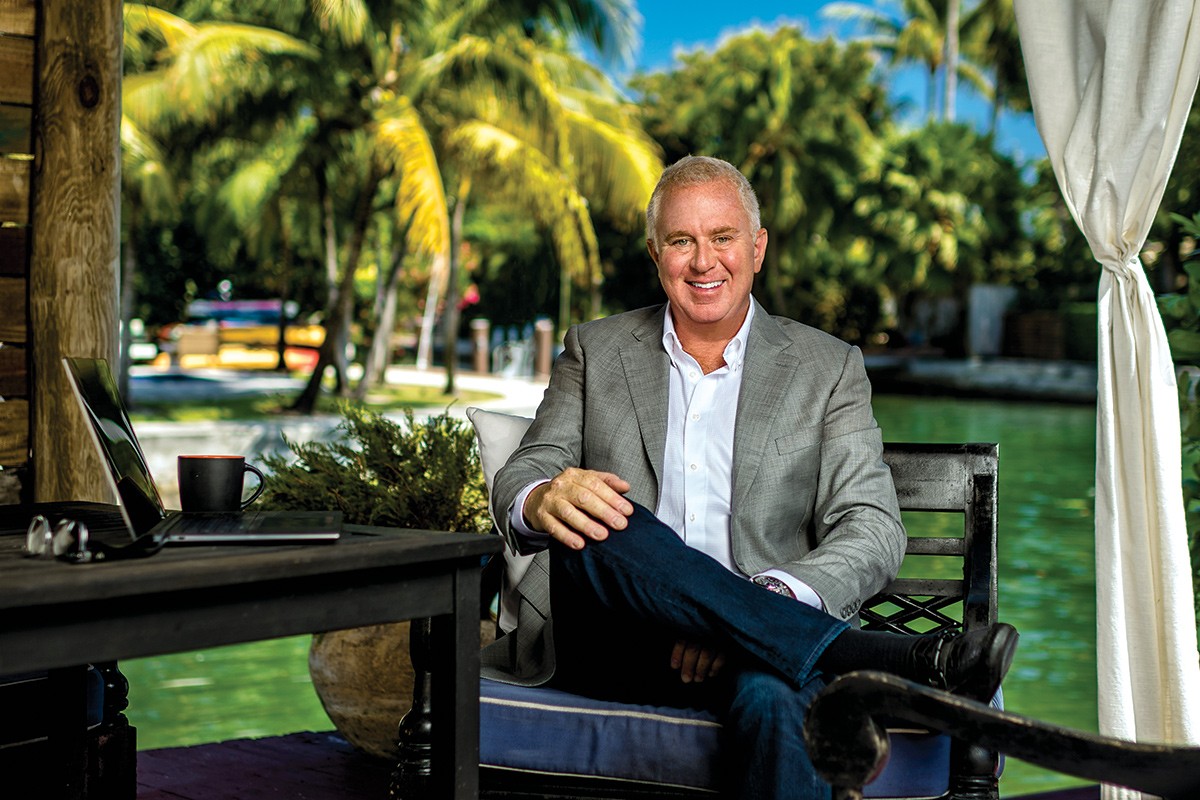 Ian Campbell had employees of his tech consulting company work out of his Miami Beach home before he found office space on Biscayne Boulevard. 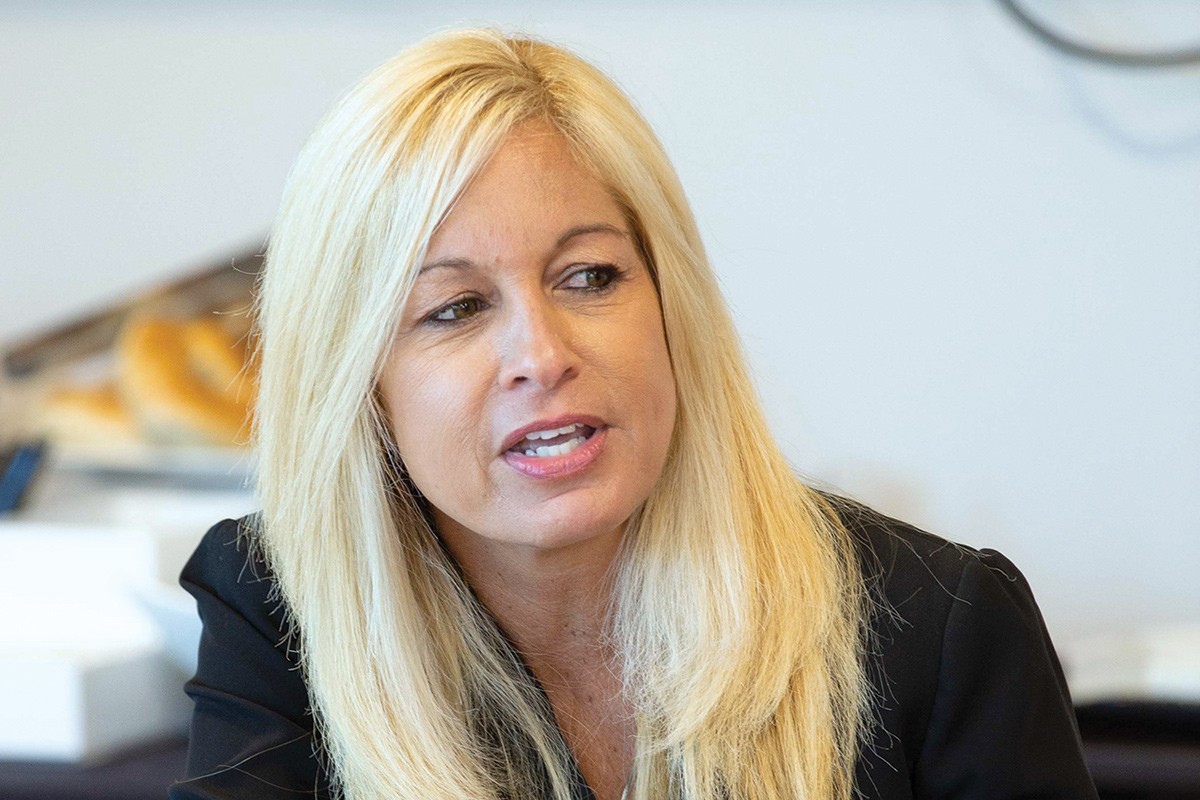 "Pre-COVID, the thinking was, 'Yeah, I'll dip my toe in the water and put a little regional office in Plam Beach County.; Now it's 'I'm signing an eight-year lease, and I'm probably going to bring a headquarters to your area'" says Kelly Smallrigde, president/CEO, Business Development Board of Palm Beach County. 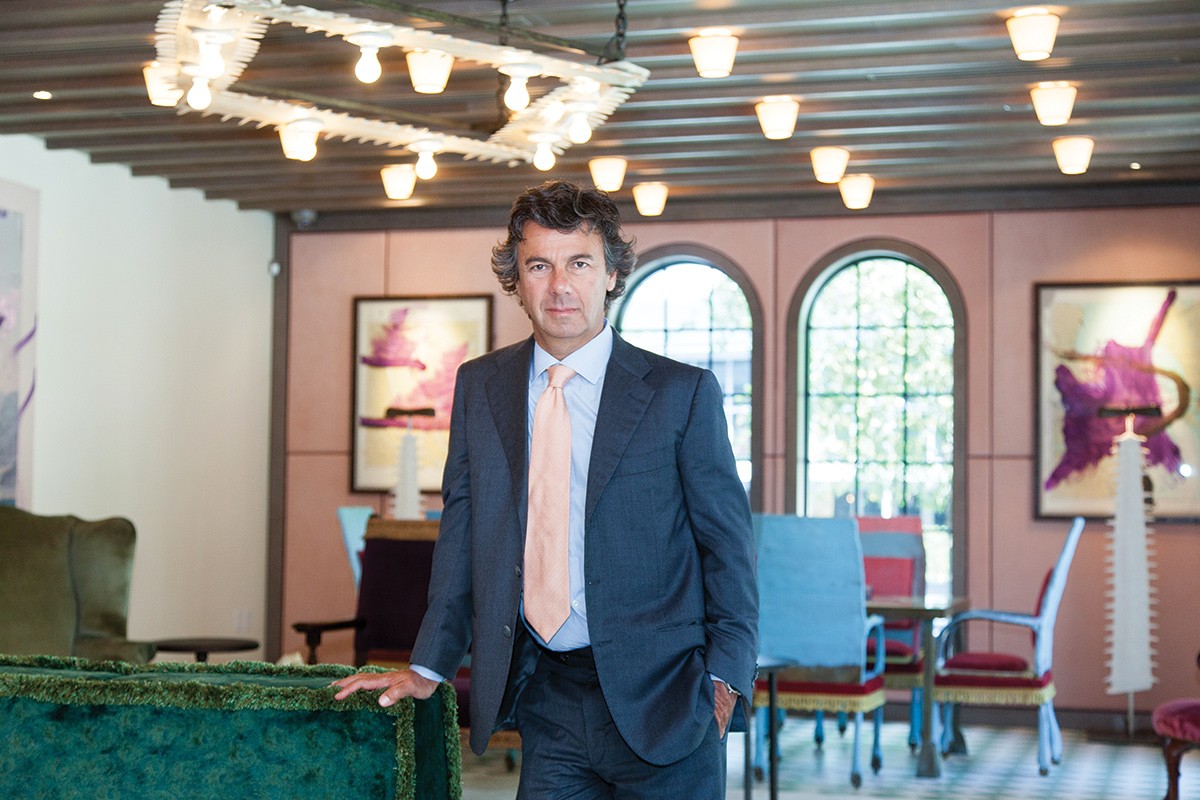 Ugo Columbo says that in the past year, most of the buyers at this upscale Brickell Flatiron development in Miami are relocating from other states, help to make up for lost sales from international buyers. 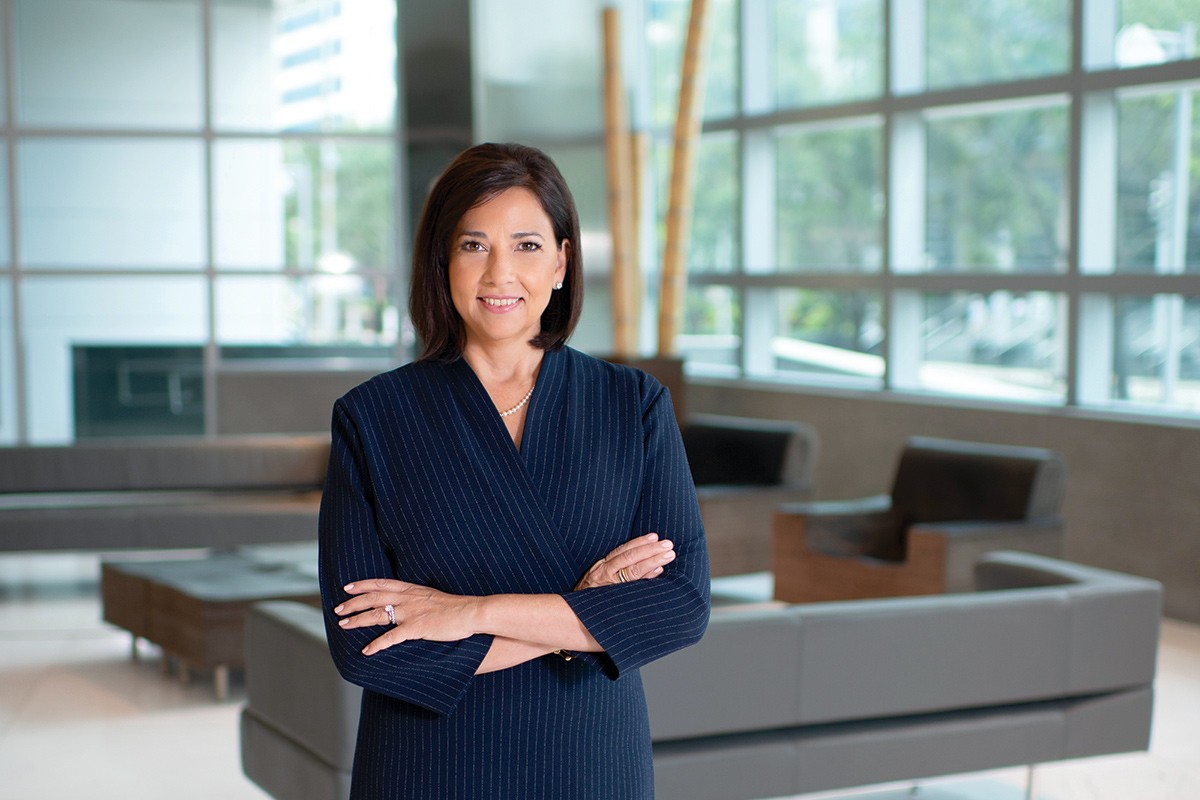 Danet Linares of Blanca Commercial Real Estate says demand for class A office space in Miami is at a record. 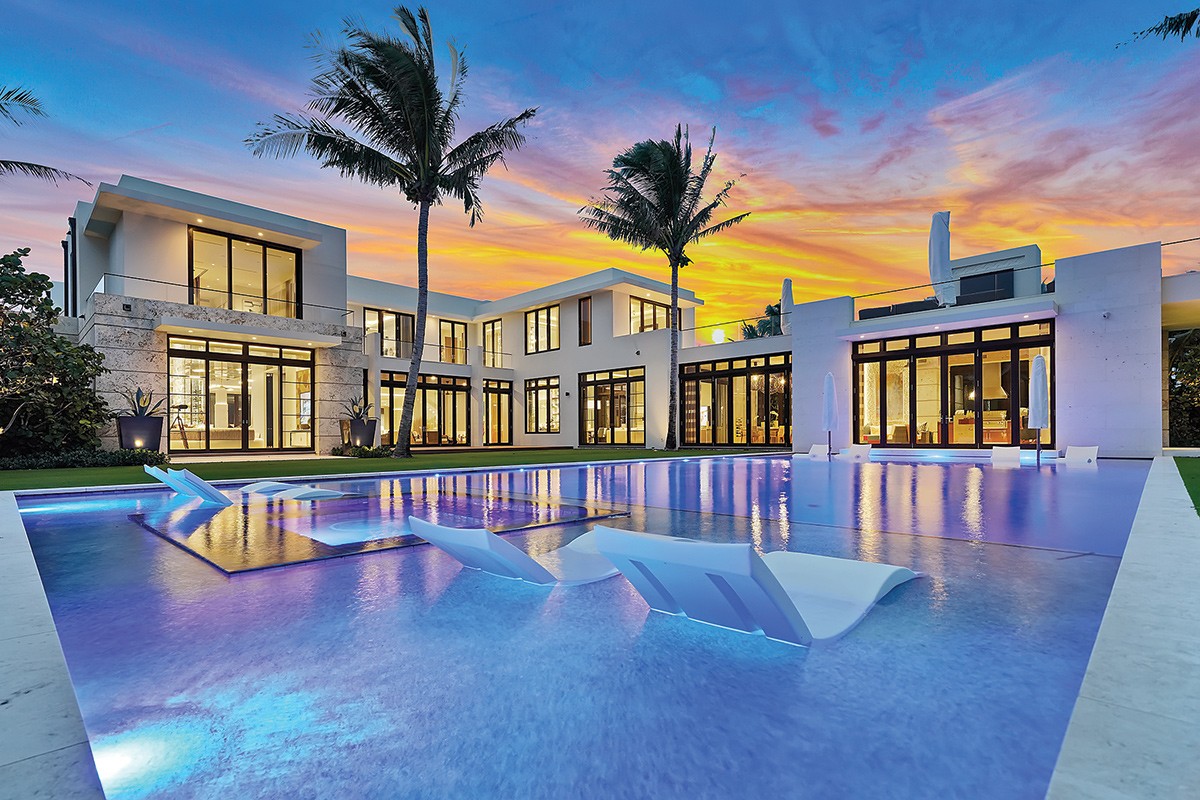 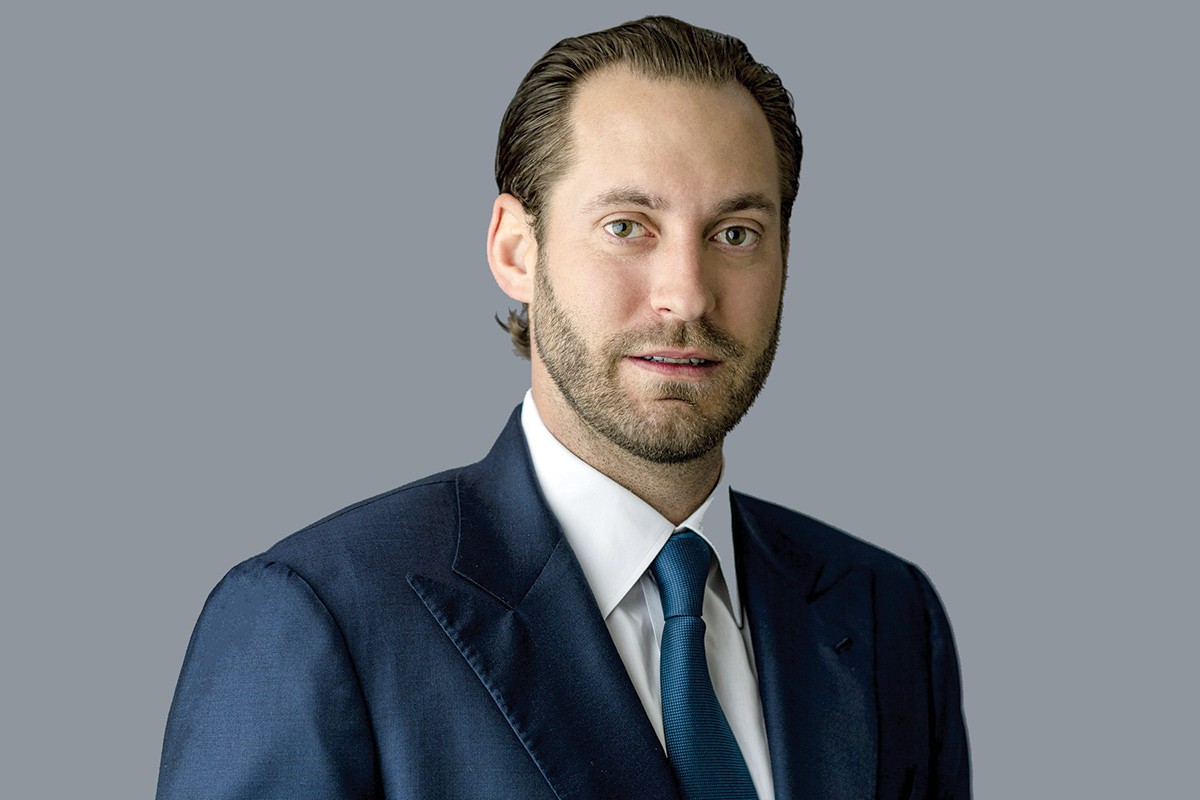 Developer Jon Paul Perez: $850 a square foot would be "like workforce housing" in New York. 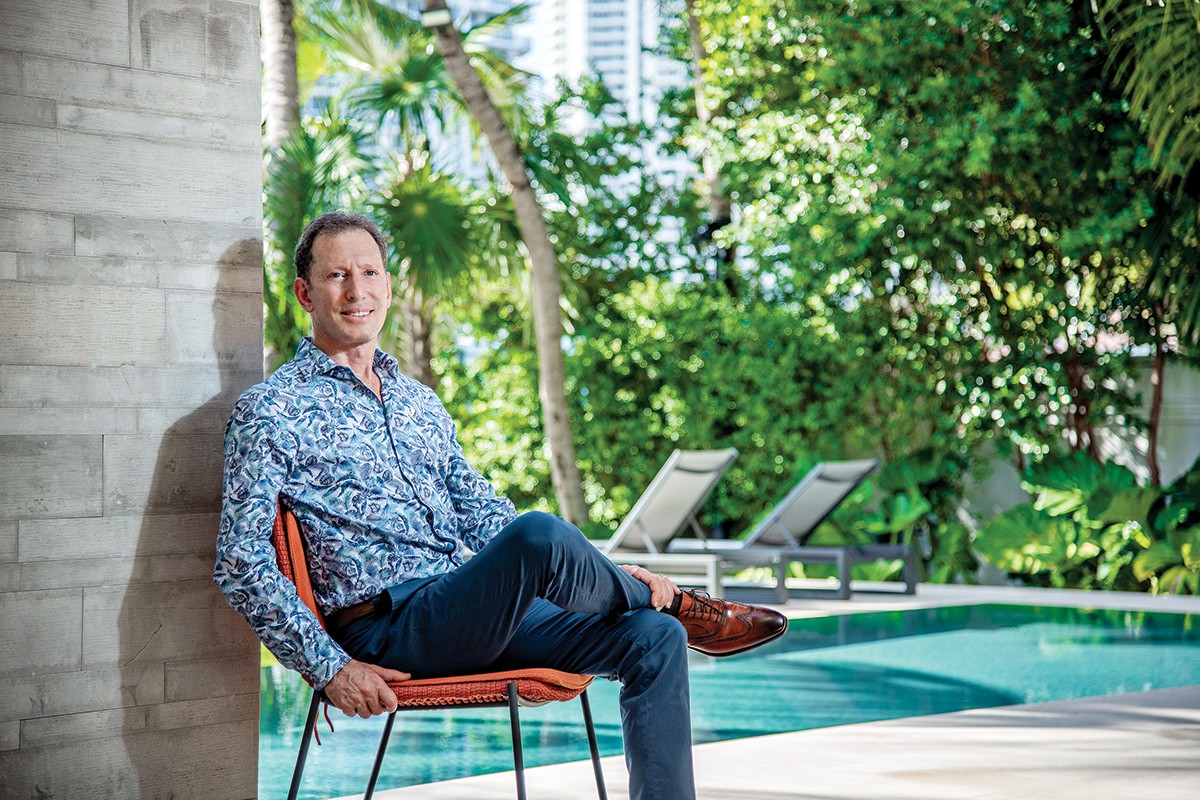 David Blumberg says the diversity of thought in South Florida is a refreshing change from San Francisco, where his conservative political views made him an oddity in his former neighborhood of Haight-Ashbury.

After his tweet suggesting Silicon Valley move to Miami went viral, "How can I help?" became Mayor of Miami Francis Suarez's catchphrase. 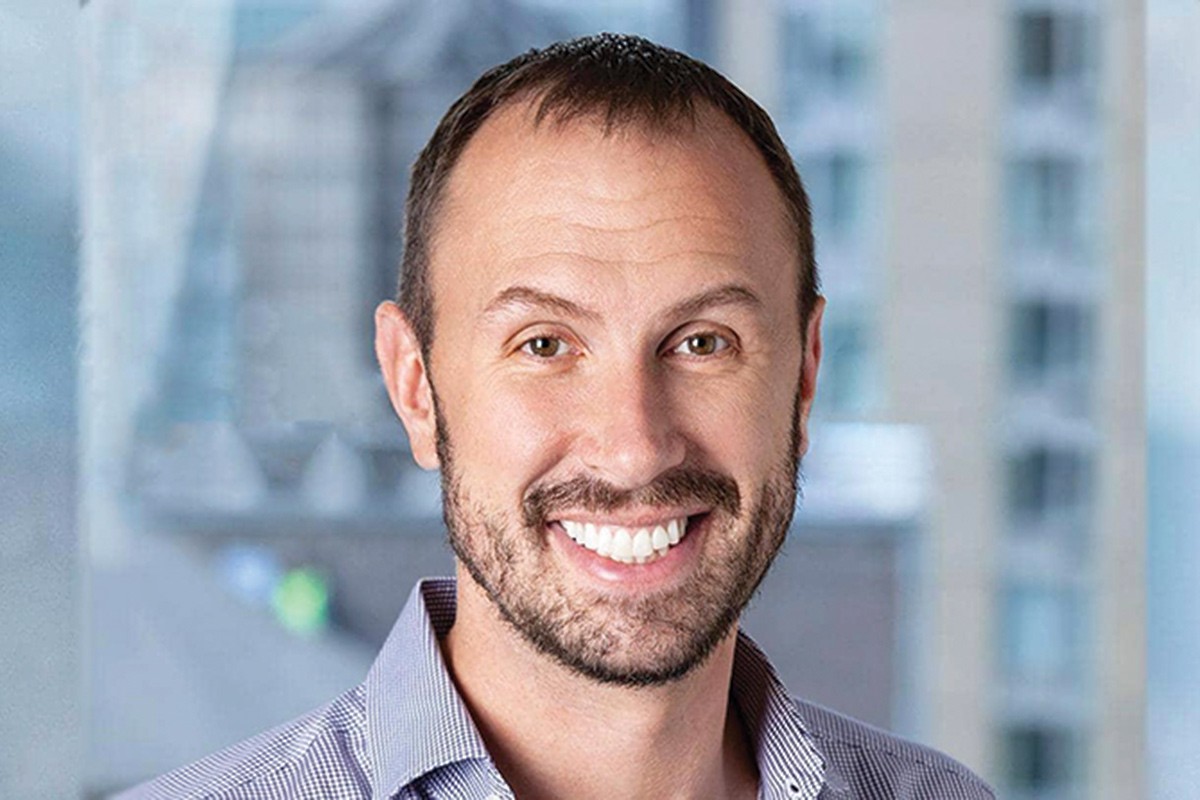 COVID speeds up financial and tech company relocations to Florida

Last spring, Ian Campbell, CEO of technology consulting firm Nucleus Research, called a staff Zoom meeting to announce that he would be leaving Boston and moving to Miami. Campbell, who founded the firm in Boston in 2000, felt it made sense to open an office in Miami.

Boston’s high cost of living and traffic were making it increasingly difficult to attract and retain young, talented workers, he says. Meanwhile, he and his staff had proven during the coronavirus shutdown that they could make telecommuting work. He gave his 15 employees the choice of staying in Boston or moving to Miami. All but two chose the latter.

“Most of them are under the age of 30, and they skew male. One of my employees told me that within 30 seconds of my leaving that meeting, they’d all changed their Tinder profiles to Miami,” Campbell says, referring to the dating app. “They could work anywhere, and they choose to work here.”

The staff worked out of Campbell’s Miami Beach home for several months until he found office space on Biscayne Boulevard north of downtown Miami. The company’s health care costs declined significantly after the move, and Campbell passed on the savings to his employees, who now pay no premiums. He says they generally earn around $80,000 a year and can afford a better lifestyle in Miami, translating to high morale and productivity.

After the initial transition period, “they got enough golf games in and enough time on the beach, and it was back to a steady state of work,” he says. “Our actual output has been up, and our revenues are up.”

Campbell, a native Bostonian, is part of a new wave of finance and tech executives moving to South Florida amid the pandemic. Many are coming from the Northeast, California and Chicago, lured by sunshine and beaches, tax advantages and what they describe as a business-friendly climate. Along with smaller startups and private equity firms, the arrivals include billionaire financiers Carl Icahn and Barry Sternlicht, hedge fund managers Paul Singer and Steve Cohen and venture capitalists Peter Thiel and Keith Rabois.

“With all of the VC companies moving here, you can sense that this will be one of the hubs where people will do business,” Campbell says. “If you were to put a pin on the map of where the tech hot spots will be in the next 10 years, you’ve got to put a pin on Miami.”

While South Florida has long appealed to wealthy people from colder, more expensive cities and states, the pandemic-induced shift to remote work could be a game-changer, economic developers say. They’re quick to point out that the current migration trend includes both new businesses and new residents: Icahn recently moved his investment firm to Sunny Isle Beach. Sternlicht’s Starwood Capital Group is building a headquarters for 300 employees in Miami Beach. Singer’s hedge fund, Elliott Management, is relocating from Manhattan to West Palm Beach, and Cohen’s Point72 Asset Management will open an office with 45 employees in West Palm Beach. In addition, Maryland-based mortgage lender NewDay USA will expand to South Florida and create 600 jobs, and New York-based Blackstone Group will employ 215 at a new technology office in downtown Miami. Goldman Sachs reportedly will move part of its asset-management division to West Palm Beach, and Microsoft is said to be in the market for office space.

“People realized with COVID that having all your eggs in one basket isn’t a good thing. Look at Blackstone,” says Miami real estate developer Nitin Motwani, a board member for the city’s Downtown Development Authority (DDA). “Blackstone isn’t leaving New York City; it’s just saying, ‘We want to have outposts in other markets,’ and Miami is now one of those markets.”

Motwani and the Miami DDA have been trying to attract finance and tech companies to Miami since 2013. Although there were some early successes — hedge fund Universa Investments moved from Santa Monica, Calif., to Miami in 2014, for example — the DDA’s vision of turning the city into a finance and tech hub didn’t truly begin to materialize until 2020 and the arrival of COVID-19, he says.

Last fall, in anticipation of winter and another surge in COVID cases, the DDA launched a campaign, called Follow the Sun, offering businesses up to $150,000 in cash over three years to relocate or expand to downtown Miami. By late March, the DDA had secured commitments from 10 companies, including Blackstone. All told, the companies plan to create more than 700 jobs with an average annual salary of $162,000 in downtown Miami.

“Now, if you’re considering moving to Miami, you can talk to a number of people who’ve already moved here and had no problems retaining and attracting talent or raising assets under management,” says Motwani, who’s developing Miami World-center, a 10-block mixed-use project on 27 acres in downtown Miami.

The pandemic also has lowered the opportunity costs of moving from one state to another for families with school-aged children — traditionally the most reluctant to pick up and leave their home states — says Bilzin Sumberg attorney Anthony De Yurre, whose clients include real estate developers and wealthy people interested in relocating to South Florida. He says private schools that have remained open during the pandemic are seeing strong enrollment numbers, especially among families relocating from states where COVID restrictions generally were more stringent.

“It is because they have school-aged children that they’re now coming down here,” De Yurre says. “I don’t want to get into the politics of COVID, but it speaks to the fact that we are an open-air society. We can be outdoors and safe at the same time.”

Indeed, the migration trend — which extends beyond tech and finance companies — represents a bright spot for some business sectors. Ugo Colombo, a longtime developer of high-end condos in Miami’s Brickell area, says out-of-state transplants to South Florida have helped make up for lost sales from international buyers due to border closures and the strong U.S. dollar compared to currencies in Latin America.

Colombo’s most recently completed development, Brickell Flatiron, a 64-story condo tower in Miami, has sold about $100 million in units since September — mostly to buyers relocating from other states, he says. “They’re buying a place to live rather than an investment or a place to rent out,” he says. “During the lockdown, they decided they were better off in Miami than in New York, and they started looking at Miami as a real city.”

Danet Linares, vice chair of Blanca Commercial Real Estate, says demand for top-tier office space in Miami is at a record high. She says companies from outside Miami are in the market for a total of about 1.5 million square feet of office space, prompting developers to move forward with new projects.

“All of the class A office buildings have increased their rents from last year, so now you’re seeing buildings pulling in over $60 a square foot,” Linares says, noting that similar office space in New York would cost at least $30 more per square foot.

Kelly Smallridge, president and CEO of the Business Development Board of Palm Beach County, a public-private economic development agency, says the influx of entrepreneurs and financiers will ripple through the economy.

“Those are exactly the people who have the expendable income to go to restaurants and the dry cleaners and to shop in our stores,” she says. “Second, most of them are going into downtown environments, and they have high hopes that 50% or more of their employees will walk to work.”

She adds that many newcomers plan to get involved in civic and philanthropic causes. “These executives are asking us how they can become part of the community and how they can give back,” she says. “And for the most part, they’re not taking big incentives packages, so the net gain to the community is very large.”

Smallridge launched an initiative in 2012 to persuade Wall Street executives, bankers and fund managers with second homes in Palm Beach County to relocate some or all of their business operations to the area. Since then, more than 70 financial services firms have moved to downtown West Palm Beach, she says.

In addition to hedge funds led by Singer and Cohen, New York-based financial technology company Virtu Financial is headed to Palm Beach County, bringing about 50 employees with an average annual salary of $165,000. Virtu CEO Doug Cifu, co-owner of the National Hockey League’s Florida Panthers, says employees relocating from the Northeast to Palm Beach County will take home 11% more in pay at their current salaries because Florida has no personal income tax.

“Doing business in Florida is more inviting and more welcoming,” Cifu told Bloomberg News, pointing to proposals for an income tax on high earners in New York and a proposed financial transaction tax in New Jersey. “There are parts of the political class in New York and New Jersey that just don’t value the jobs and the industry.”

“We’re finally gaining great momentum,” Smallridge says. “People simply want to get out of the Northeast.”