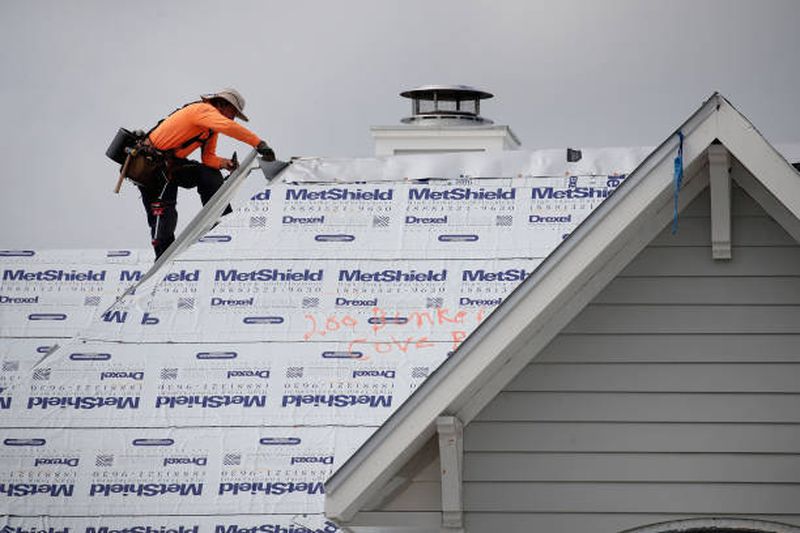 Florida is the source of most property insurance lawsuits in the U.S.

Florida is the source of most property insurance lawsuits in the U.S.

Nearly three-quarters of all U.S. lawsuits filed by homeowners against their property insurance companies were made in Florida, a new report says, as state lawmakers consider reforms to the system. The report suggests that litigation is driving higher insurance costs in a state that has seen insurors raise homeowners’ rates by 30% or more. In 2019, Florida homeowners accounted for 76% of such suits, according to the report by the Florida Office of Insurance Regulation. The study also found that state residents filed just 8% of all property insurance claims in the nation that year. [Source: Orlando Sentinel]

Why is Florida among least affordable housing markets? Hint: Income.

Housing prices are up across the U.S., but income is not keeping pace. States such as Florida are feeling the pinch more than others, rendering the American Dream of homeownership of of reach for many, according to a report published Thursday by QuoteWizard. Among that nation's least affordable housing markets? Florida, which ranked No.7 on the list. The median home price in the Sunshine State has risen 99.3% since 2012, the report showed, with the average home in Florida now costing $137,000 more than it did in 2012. [Source: Palm Beach Post]

South Florida luxury homes and condos are selling so fast that eager buyers are snapping up those that are yet to be built. From $1 million plus homes to a $15 million penthouse overlooking Fort Lauderdale beach, high end residences flew off the charts in the first quarter of this year, raising questions of how much longer the supplies will last. Refugees from the usual Northeast cities aren’t the only buyers, brokers and analysts say. [Source: South Florida Sun-Sentinel]

The average single-family home in Florida has a price tag of $270,560, the 24th highest cost among the 50 states, according to a new study by the financial-services website 24/7 Wall St. The median household income in Florida is now $59,227, while the cost of living in the state exceeds the U.S. average by 0.6 percent, the analysis found. And over the past year, median home values in Florida rose 8.6 percent. Nationwide as of January, Americans paid $269,039 for a typical single-family home [Source: The Center Square]

Florida House passes bills to expunge eviction records, which can have long-term effects

The Florida House passed two bills relating to sealing eviction records on Thursday, but both are unlikely to pass the Senate. Yet the topics raise broader questions about access to eviction lawsuit records in Florida. House Bill 1195 – sponsored by Rep. Vance Aloupis, R-Miami – and linked House Bill 1193 would exempt information from public court records of eviction proceedings and expunge the records starting July 1. [Source: Sarasota Herald-Tribune]

› Realtors confident real estate market won’t affecting homeowners near Piney Point site [WWSB]
The realtor for a home down the road from Piney Point says it took just a week to sell, despite the recent contaminated water leak at the former phosphate plant. “Once the effects and everything come to light that there really wasn’t a large blowout disaster, contained in what fashion they could,” said Jordan Chancey, a real estate agent for RE/MAX. “They realized that and it put everybody at ease.”

› Panama City approves $877,000 property purchases for future 'workforce housing' [Panama City News Herald]
Another swath of residential housing for workforce families is coming to Panama City. The Panama City City Commission last week unanimously agreed to spend $877,000 to purchase two properties that will become the sites of what officials are calling "workforce housing" — likely to be priced from $150,000 to $210,000 and typically attractive to middle-income families.

› Compass real estate opening up shop in Tampa Bay [Tampa Bay Times]
Tampa Bay’s real estate market has continued to be hot in 2021, and a new company wants to tap into the action. Compass, Inc., a national real estate brokerage, announced Thursday that it has hired more than 40 local agents and is opening an office in St. Petersburg and another in South Tampa. Those locations will mark the company’s first official presence in the area, as it currently just has “temp” offices for a few remote agents, said Megan Faulconer, associate marketing manager for central Florida and Tampa Bay.

› What you can get for $1 million in Jupiter, Florida [FOX Business]
Are you gaga for golf? Do you live for the links? Then Jupiter, Florida, may be where you should look for your next home. Jupiter has more than a dozen golf courses. It’s also is home to dozens of professional golfers – Golf.com described the community as "the epicenter of professional golf" in 2018. Tiger Woods even owns a restaurant there. The town, located at the northern edge of the Miami metro area on Florida’s Atlantic coast, is also known for attractions like its beaches and historic lighthouse.