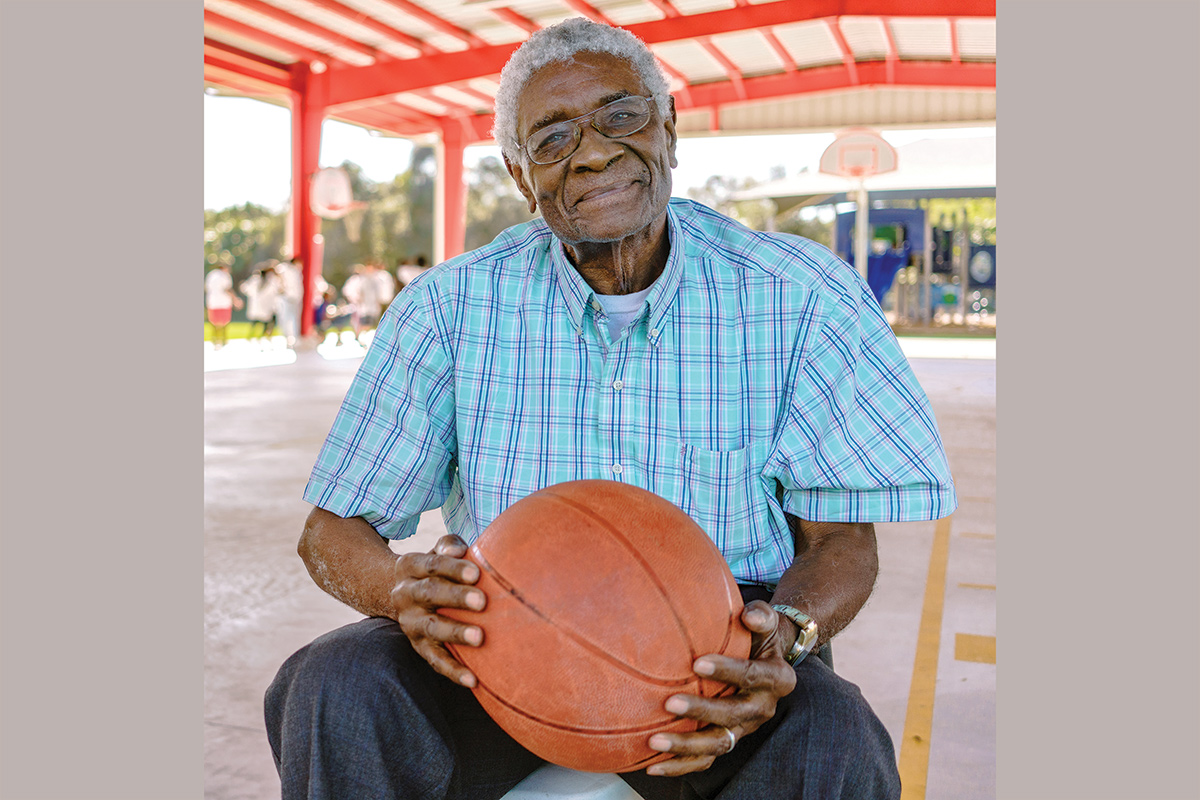 Richard Bowers, 87, of Arcadia, is a teacher and coach.

When I was a coach, I didn’t care nothing about your color. Can you play? Are you better than the other boy? Prove it to me. That’s still my attitude. All white people ain’t bad. All black people ain’t bad. Let me check your character — and I’ll go off of that.

Sports was my way to college because my parents couldn’t afford it.

My dad did citrus work, picking oranges, and so I grew up in Mount Dora, which was in the citrus belt then. By the time I was 12 or 13, I went to the groves after school and on weekends and learned to pick. I thought that’s what I was going to do, but when I got a little older, I realized that I didn’t want to pick oranges the rest of my life.

I was a wide receiver in college. It was the 1950s. If you study the history of Florida A&M football, we had runners then. Oh, we had guys who could run and run. Jake Gaither was the head coach. He was a very bright man and had a lot of wisdom. He knew that sooner or later, we’d have to do more than just run, so he put in more passing plays to bring some balance, and he did that beautifully. He brought in 10 guys, and I was one of them, who could catch. We gave balance to that football program, and I believe we won two black college national championships. Two of my roommates at Florida A&M went pro. Willie Herman Lee played tackle for the Pittsburgh Steelers. Willie Galimore played for Chicago. We were a top program. Grambling and us were neck and neck.

Being a head high school football coach for many years, I’d review the film after the games, and I could see that I didn’t always call the right play. But guess what? Those boys who carried the play out for us, they made the wrong play work. They weren’t going to let Richard Bowers down. And I gave that back. I wouldn’t let them down, either. That’s the way it works. You give your all, and you’ll get it back in some way or another.

I’m into yoga. I like to stretch these muscles. I ride the stationary bicycle. I don’t overdo it. My advice is exercise in 10-minute intervals. When you get tired, stop. I do pretty good for someone 86, almost 87. A lot of people my age are in the nursing home or in the ground.

In college, I had studied health and physical education and learned those areas pretty good. I knew I wanted to teach, and I knew I wanted to coach, but I didn’t know how to interview for a job. My coach, Jake Gaither, he called me into his office right before I was going to graduate. He told me he’d been thinking about me, and he said he was going to write me a letter so I could go down and interview for a job down in Arcadia, Florida. I ain’t never heard of Arcadia. I was getting real nervous. He told me to hand the letter to John H. Webb, the principal of the Smith-Brown School in Arcadia. So, I went down there and said, ‘I’m Richard Bowers from Florida A&M and Coach Gaither told me to give you this letter.’ I sat there, nervous as a cat. Mr. Webb opened the letter and read it and told me he was going to hire me as his physical education teacher and coach. That’s what Coach Gaither did for all of us who graduated from Florida A&M during that time. I once heard him say that he wanted a Rattler in every school from Pensacola to Key West.

It was difficult times when I grew up. The schools were segregated. The old way of teaching was very dynamic. You learned. There were no options. You see, corporal punishment was a thing that they did then. If you didn’t learn something, you held your hands out, and they’d smack you three times.

I was a teacher first and a coach next.

After retiring, I went to the Smith-Brown Recreation Center in Arcadia to do tutoring. I’d help the kids after school with their homework and help them get the right mindset about life. They all want to play ball. They all think they’re going to turn pro, and they can’t even make the high school team. I put a fire under them. I push them hard on the reading, the math, the science. You have to master those areas. I tell them they better be able to do more than play ball.

After I went to work at DeSoto High School in 1970, I was told I was the first black to cross racial lines and work at that predominantly white school. Smith-Brown was phased out the next year. Integration had happened.

When you’re a coach, the best thing this side of heaven is to win. But there’s so much more than winning a game. If you play your very best, I don’t care what the scoreboard says at the end. If you gave it your all and all, you won.