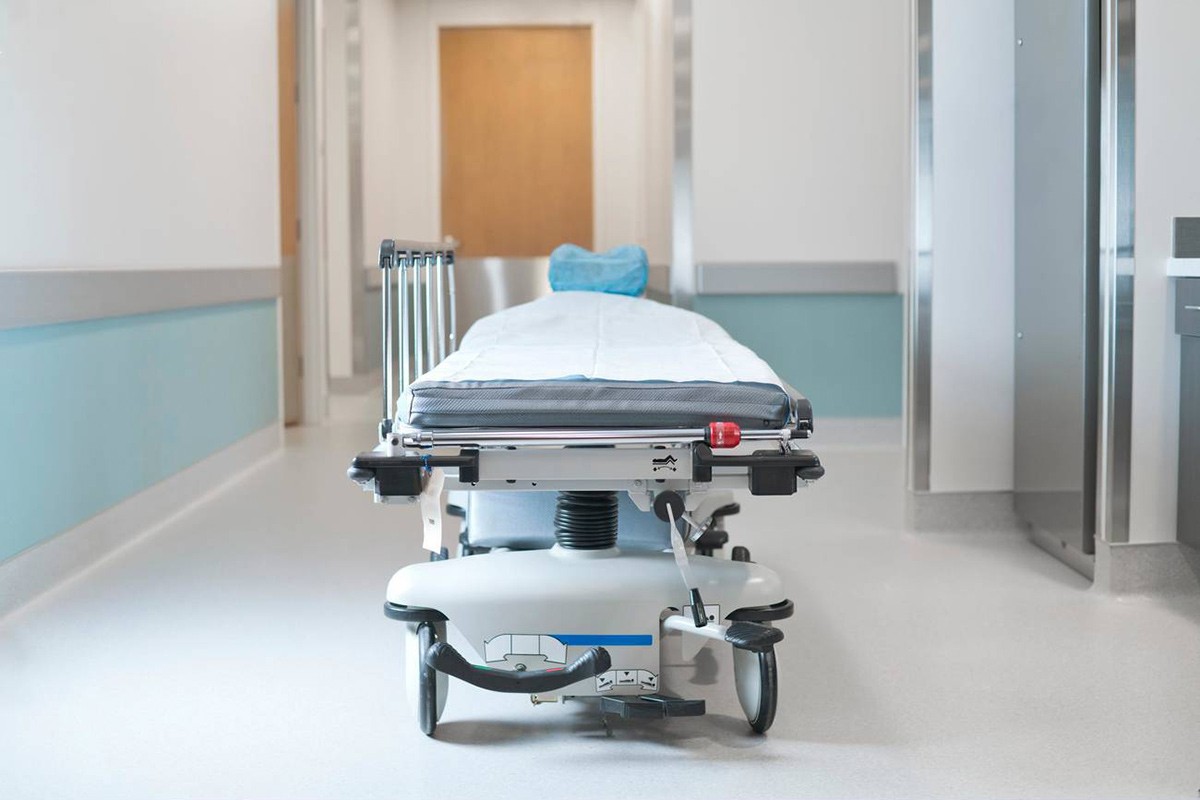 Since certificates of need were eliminated in 2019 for complex medical rehabilitation beds, the number of such beds in Florida has increased by 165 to 2,835 with another 299 pending licensure, says the state Agency for Health Care Administration. 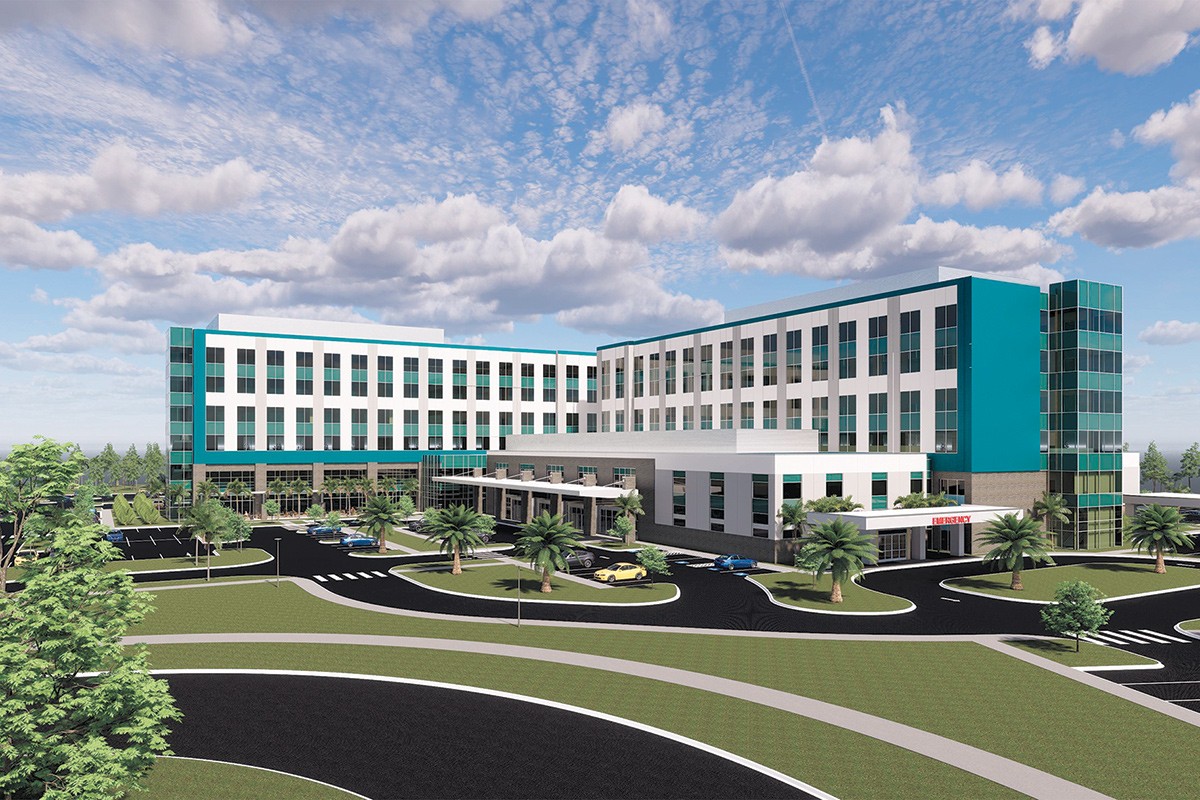 Universal Health Services plans to build a hospital in Alton, a new development in Palm Beach Gardens. It's one of the few totally new hospitals announced since 2019. 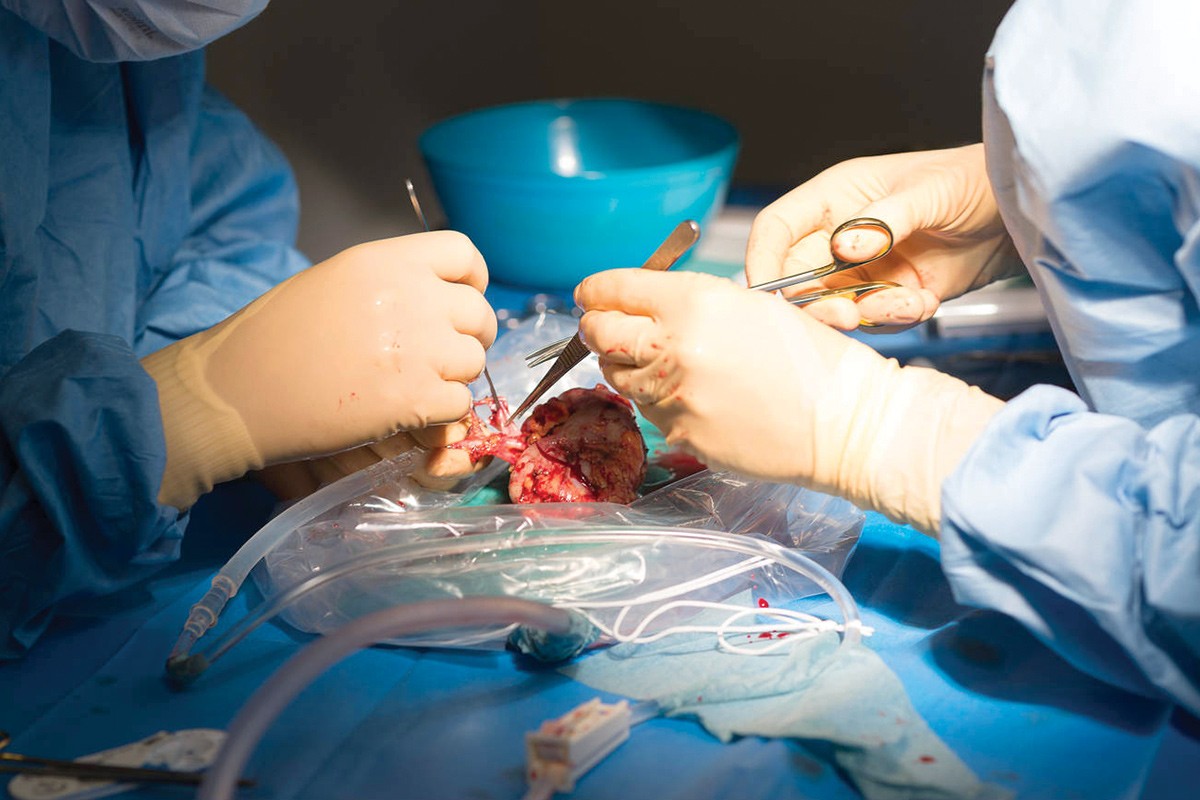 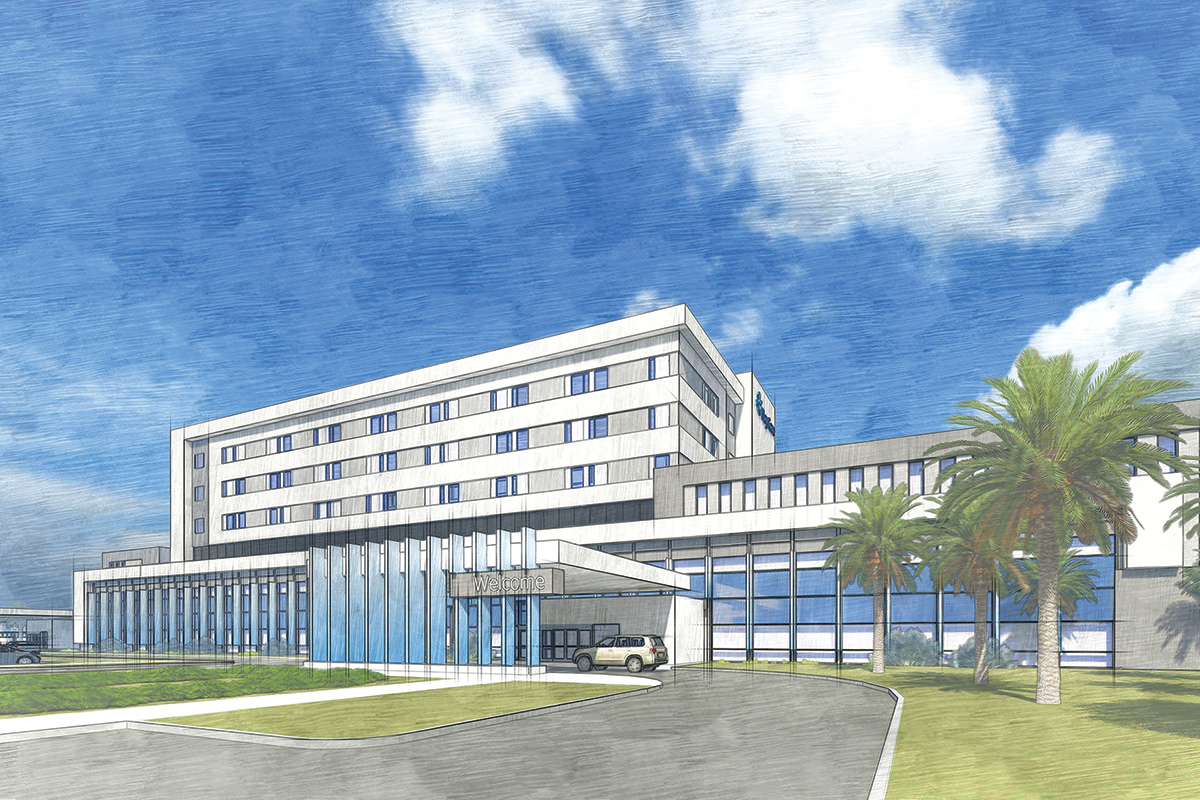 BayCare initially had to abandon plans for a hospital in Wesley Chapel under the certificate of need process. With the barrier removed, it puts its plans back on the table. 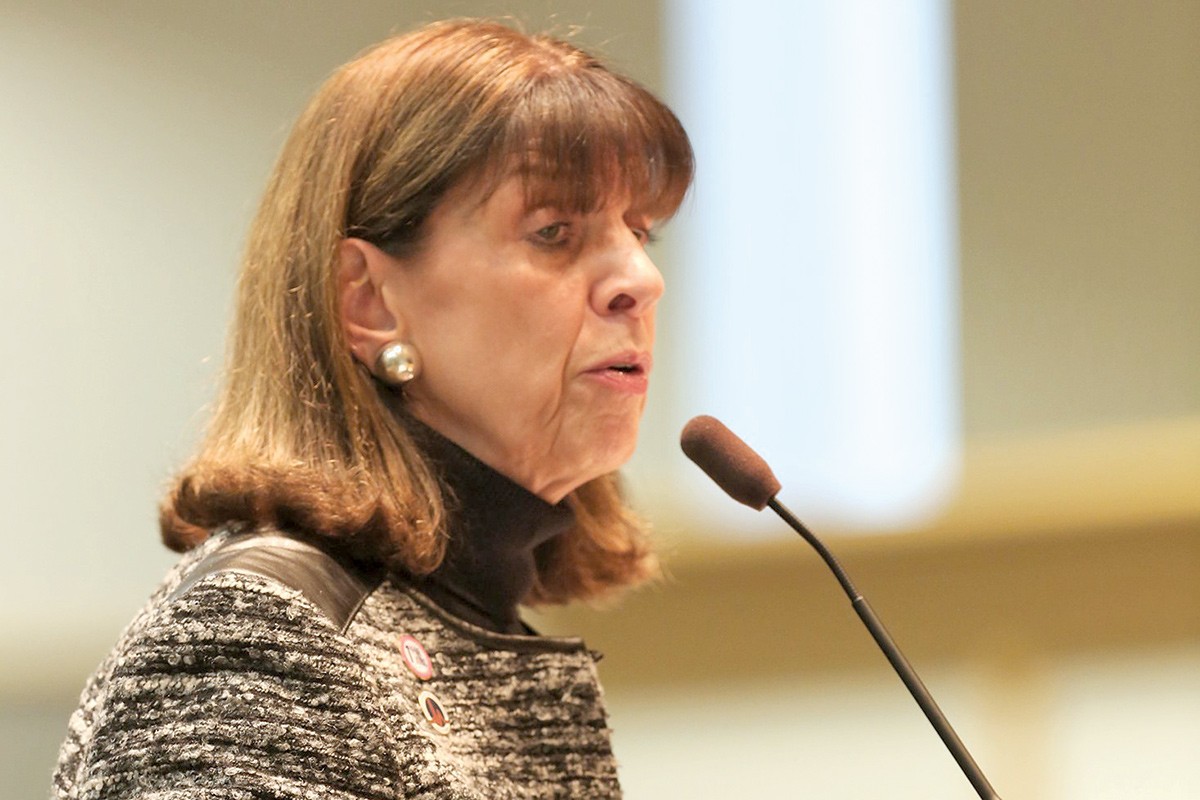 It's easier to greenlight hospitals, but new building lags

Pasco County, which grew twice as fast as Florida overall between 2000-10, drew plenty of interest from expansion-minded businesses: Retailers, fast-food chains — and hospitals. BayCare Health System, the regional non-profit, purchased a site in Wesley Chapel in Pasco to build a hospital among the growing rooftops.

Unfortunately for BayCare, it had to face off against Altamonte Springs-based AdventHealth, which also wanted a hospital there. At the time, companies seeking to build hospitals or add hospital beds had to get approval from the state under what was called the certificate of need program.

Enacted in 1973, Florida’s certificate of need required providers — ranging from home health care agencies to hospitals — to demonstrate that a new facility or service wouldn’t cannibalize existing players’ businesses. Programs such as the certificate of need proliferated across the nation in the 1970s because the federal government required them as a condition of receiving federal funds. The programs, it was argued, contained health care costs by preventing operators from paying for unneeded equipment and facilities. Another consideration: Restricting competition gave operators a profit they could use to subsidize indigent care. The programs certainly lowered risks for existing providers, who could object to a competitor’s application.

Congress reversed course in 1986, but the programs lived on in states, including Florida, leading AdventHealth and BayCare into a contest for state approval to build in Wesley Chapel. AdventHealth won. BayCare responded by seeking a certificate of need for a site six miles up I-75 that it put under contract.

Support for the program by then was eroding. In 2004, a U.S. Federal Trade Commission report found certificates of need generally didn’t contain costs and that the anti-competitive cons outweighed the benefits. A study by the freemarket Mercatus Center at George Mason University said certificates of need in Miami- Dade County meant 3,428 fewer beds, five to 10 fewer hospitals offering MRIs and 18 fewer hospitals offering CT scans.

In 2000, the state eliminated certificates of need for home health agencies. The number of agencies doubled in 10 years. Next to go, in 2007, was adult cardiac catheterization and adult open heart surgery services. The number of hospitals providing such services increased to 142 by 2019 from 98.

says John Couris, CEO of Tampa General. New hospitals, however, and a few other facilities and services still had to pass the certificate of need. From 2014 to 2018, the state approved half the applications. For acute-care hospitals, the state rejected 14 and approved 19, including approval for BayCare for its new site on I-75.

BayCare wound up not needing it. The Legislature in 2019 killed certificate of need requirements for tertiary hospital services (higher-level care such as transplant programs), complex medical rehabilitation beds (where people get therapy to recover from strokes and other ills) and hospitals.

What that barrier to entry for new hospitals removed, BayCare returned to its first choice site in Wesley Chapel on Bruce B. Downs Boulevard, just a couple of miles from AdventHealth’s new hospital. “We thought it was a better use of resources,” says BayCare CEO Tommy Inzina, because BayCare owned the land already. BayCare’s $246-million, 106-bed Wesley Chapel hospital is scheduled for completion in 2023.

In Palm Beach Gardens in north Palm Beach County, meanwhile, Pennsylvania- based Universal Health Services, which has hospitals in Florida, wants to build a hospital on 34 acres in Alton, a new development. “This is an attractive location and has the potential to accommodate future growth as we continue to expand our services and locations, supporting the health care needs of the community,” says Kevin DiLallo, CEO of Manatee Healthcare System, part of Universal Health.

Tampa General’s Couris, who spent eight years at Jupiter Medical Center in Palm Beach County and still favors certificates of need for hospitals, says the proposed Universal Health hospital would have faced a barrier under certificates of need. The area already is served by Jupiter Medical and hospitals owned by Nashville-based HCA Healthcare and Dallas-based Tenet Healthcare. “That market is completely covered,” he says. “That’s a lucrative market in South Florida and the entire state. It’s really a market-share play.”

Beyond those two projects and a few others, however, a burst of new hospital construction hasn’t materialized. Indeed, the number of general hospitals in Florida — general acute, children’s, rural and special medical — is down a net of one to 221 since 2019, according to the state Agency for Health Care Administration.

The stability owes to several factors. The law changed only two years ago; gestation of new hospitals is expensive and typically takes three to five years. Plus, with COVID-19, for hospitals “a lot of the focus is how do we take care of what we’ve got,” says Liz Dudek, Greenberg Traurig’s director of health care affairs and a former AHCA secretary. COVID aside, hospitals have been adding beds and services at existing facilities rather than launching new hospitals, she says.

Given the cost and how hard it is to make inroads against an existing hospital’s relationship with patients and doctors, few new hospitals should be expected outside regions adding lots of population, says BayCare’s Inzina.

Going forward, BayCare will likely work on just one or two hospital projects at a time and only in growing communities, he says. “We’re going to go where the people go,” he says. Eliminating certificate of need helped BayCare realize its original plan, he acknowledges, but he still believes in the program — for at least a window of time before allowing a new hospital. “It’s a big investment to not have some protection,” Inzina says.