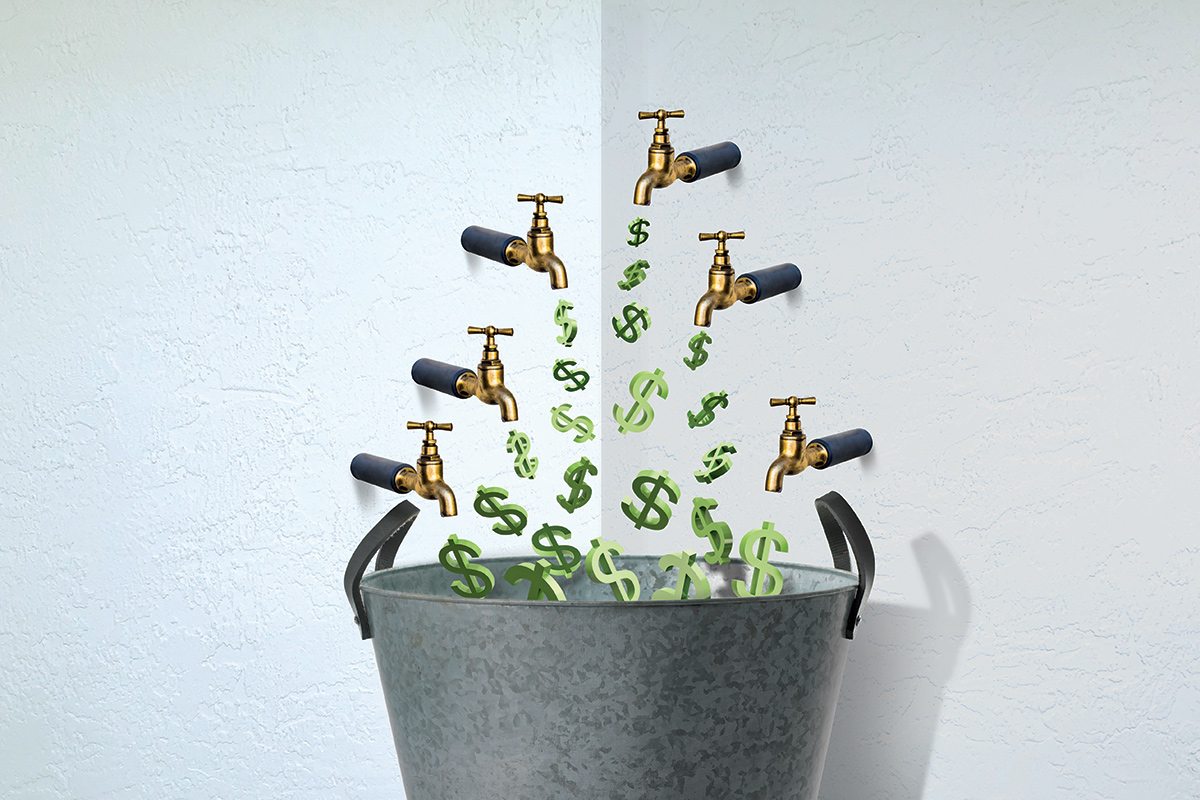 At the end of January, Gov. Ron DeSantis proposed a $96.6-billion budget — $4.3 billion over the current year. In making his request, DeSantis cited higher-than-expected revenue for December and January and optimism that Florida’s economy is gaining momentum. But lawmakers, who’ll consider DeSantis’ priorities as they craft the budget, are warning of deep cuts as they grapple with a projected $2.75-billion deficit in general revenue for 2021-22 fiscal year.

The Florida Retail Federation and its allies have tried for years to pass legislation that would require online vendors without brick-and-mortar stores in Florida to collect and remit sales tax to the state. Some Republicans have balked at the idea in the past, for fear they could be seen as increasing taxes, but a $2.75-billion budget gap may make the idea more palatable. The state’s Revenue Estimating Conference says collecting those taxes would bring in an extra $480 million a year to Florida and $133 million a year for local governments. Texas (with 29 million residents) raked in $1.25 billion in online sales taxes during the past fiscal year, and Florida TaxWatch estimates the Sunshine State could bring in about $1 billion. Senate President Wilton Simpson and House Speaker Chris Sprowls have both signaled support for the measure.

A time-limited tax amnesty program that would allow taxpayers who owe money to pay up without penalties. In 2010, the last time Florida offered such a program, it brought in more than $200 million. Dominic M. Calabro, president and CEO of Florida TaxWatch, predicts it would bring in just as much, if not more.

Funding through the federal Cares Act helped Florida weather last year’s budget gap, and President Joe Biden’s proposed $1.9-trillion, COVID-relief package could provide a similar cushion. The Biden plan includes $350 billion in emergency aid to state and local governments. DeSantis has already given thought to how he’d like to use it: “If they’re going to send me money, we’re happy to take it, and we’ll put it to good use, probably beef up our budget reserves,” he told attendees of a conservative Texas Public Policy Foundation conference in January. It’s far from a done deal, however, and question marks remain over the ultimate amount and timing of any relief package, and whether the money comes with strings attached.

Lawmakers regularly raid the state’s trust funds — money set aside for specific purposes. Current general revenue estimates from the Legislative Budget Commission already assume a $312-million trust fund sweep, based on three-year averages, but lawmakers could take even more. During the 2008 financial crisis, the Legislature swept a record $940 million from trust funds into general revenue funds.

Under state law, Florida must transfer at least 5% of the net revenue it collects each year to a Budget Stabilization Fund. As of January, the rainy day fund was fully funded at $1.6 billion, and Florida had about $4.8 billion in total reserves. Although the state can dip into these reserves for emergencies, there’s a general reluctance to do so because it could hurt the state’s AAA bond rating. One Tallahassee insider predicted some jockeying between the House and Senate over withdrawals. “If I were President (Wilton Simpson), I’d say ‘What’s the point of having an umbrella if you’re not going to use it?’ I think they’ll take some if they need to. I don’t think that they’ll want to take more than, call it, a third of it,” the source told TREND.

Senate President Wilton Simpson and other lawmakers are interested in hammering out a new gaming compact with the Seminole Tribe, which stopped making $350 million payments to the state in early 2019 following a dispute over banked card games at pari-mutuels. Any negotiation success this year will likely hinge on sports betting, which is not allowed in Florida, as well as full electronic gaming within the state and the addition of new types of casino games at tribal locations that don’t already have them. According to the South Florida Sun-Sentinel, the state reportedly came close to a deal with the tribe last year that would have granted it exclusive rights to host sports betting and allow it to add craps and roulette to its casino games in exchange for allowing pari-mutuels to continue offering banked card games. In the meantime, Sen. Jeff Brandes has reintroduced legislation to legalize sports betting in the state — a move that could nudge the Seminoles and lawmakers closer to a deal.