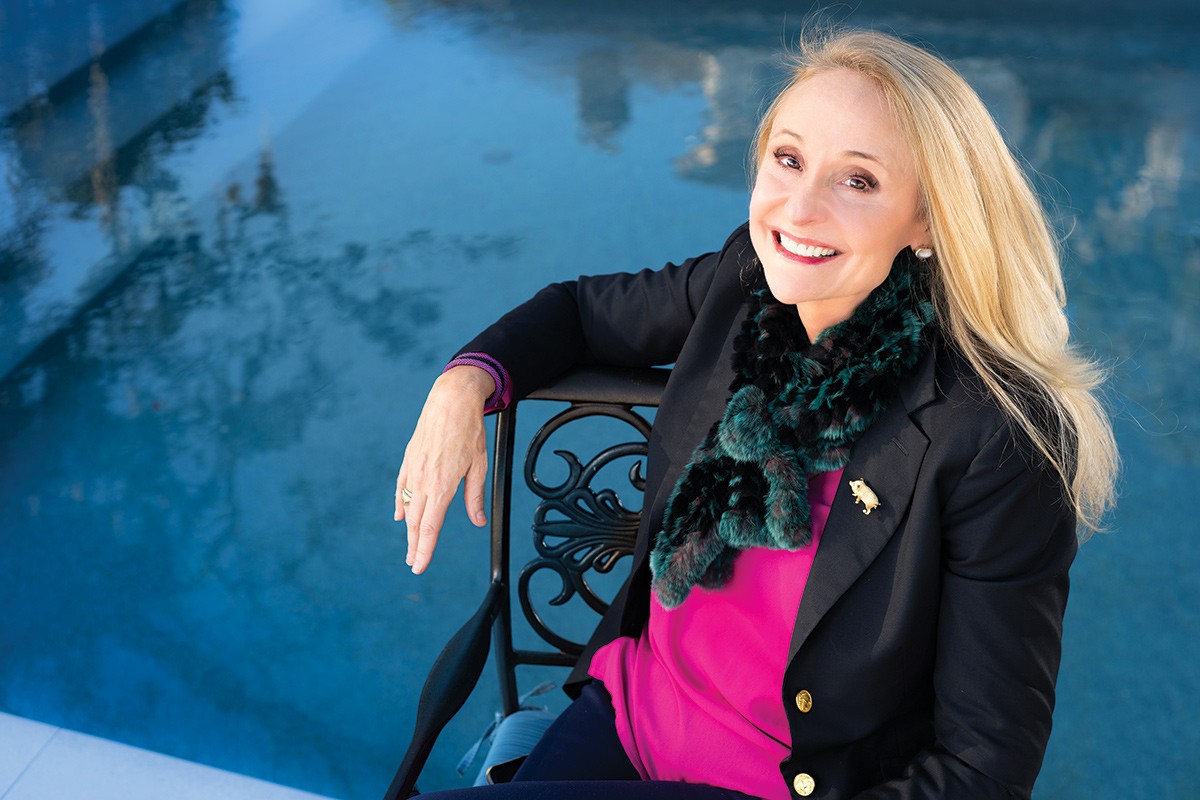 "I was one of the very best athletes in the world, and none of that would have mattered had it not been for Title IX," says Olympic gold medal swimmer Nancy Hogshead-Makar. 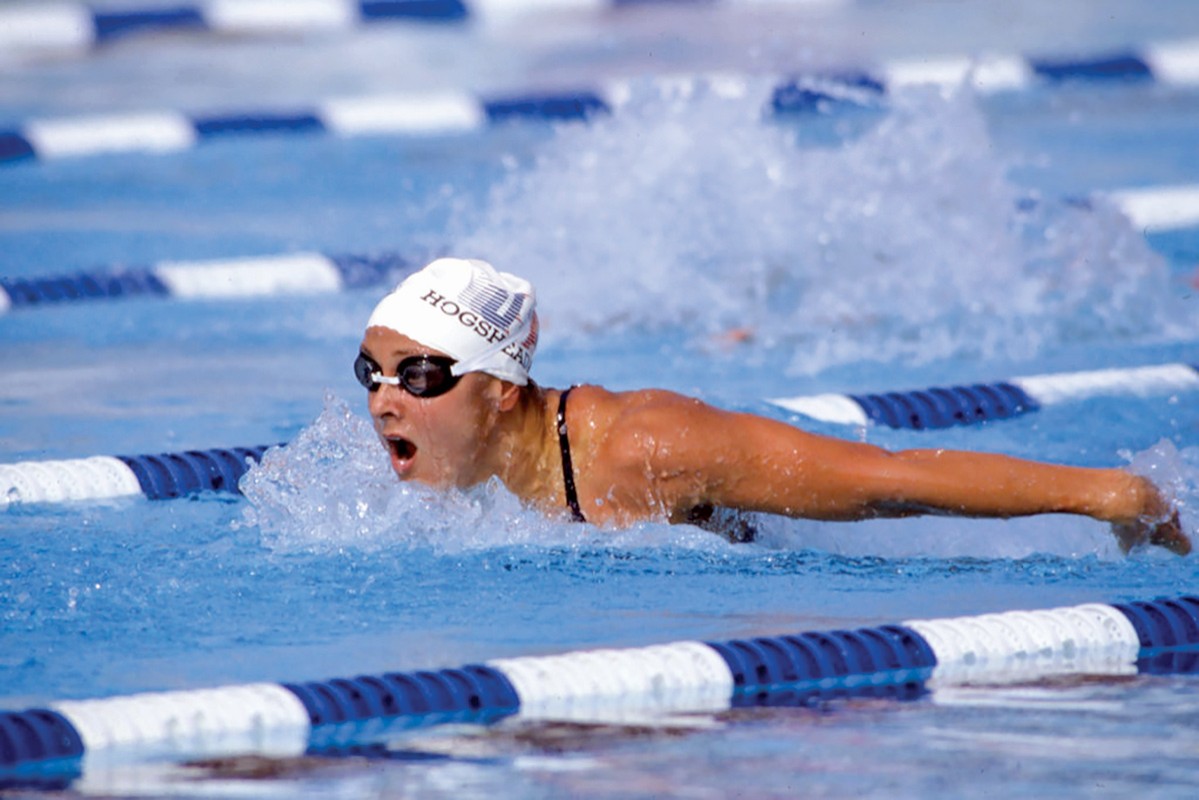 Girls who play sports go on to earn 8% more, on average, than girls who don't play sports. 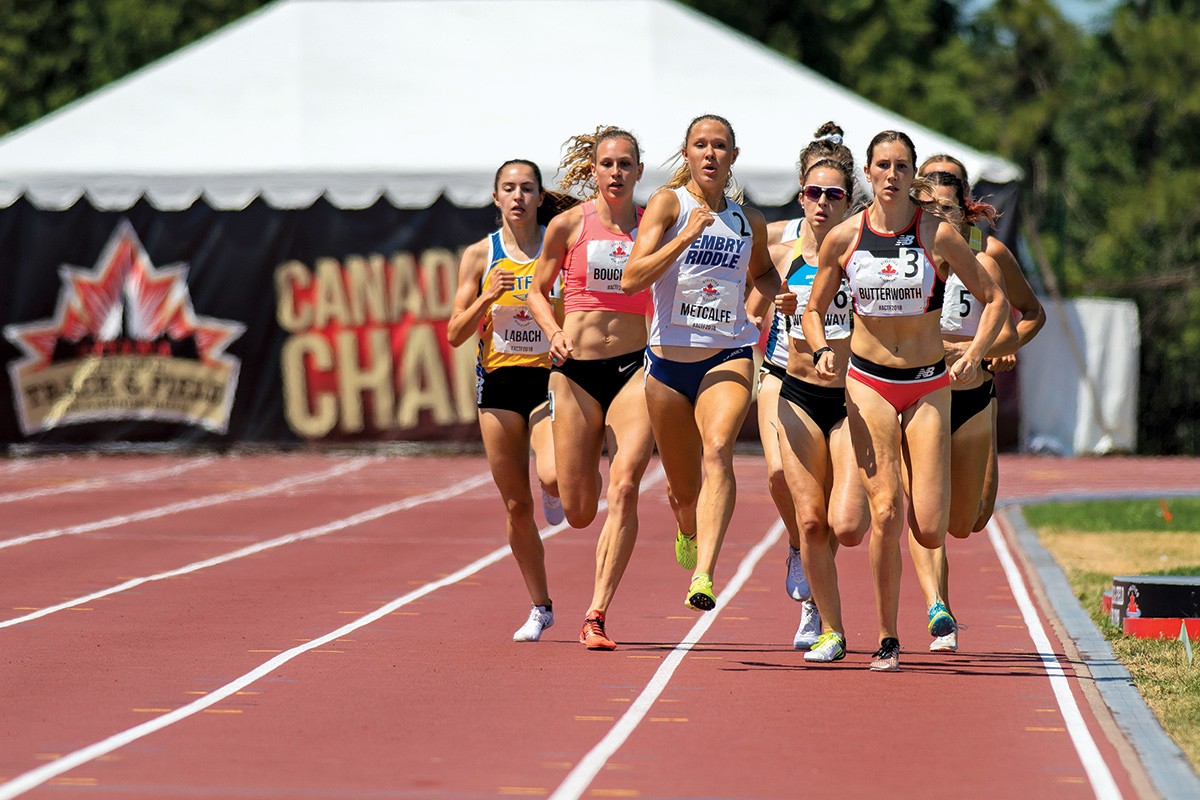 Of the major public and private institutions with athletic programs in Florida, only one - Embry-Riddle in Daytona Beach - provides women equal access to sport in terms of opportunities to play, scholarship aid and money for recruiting. 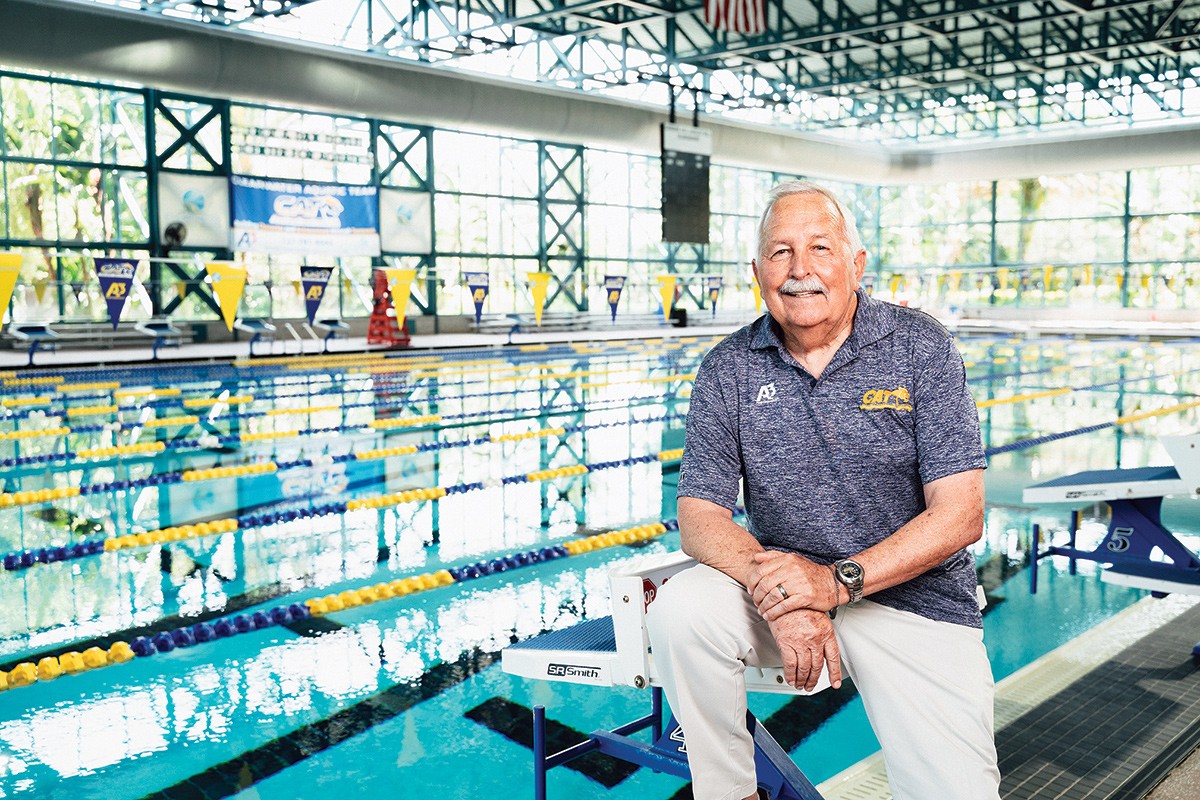 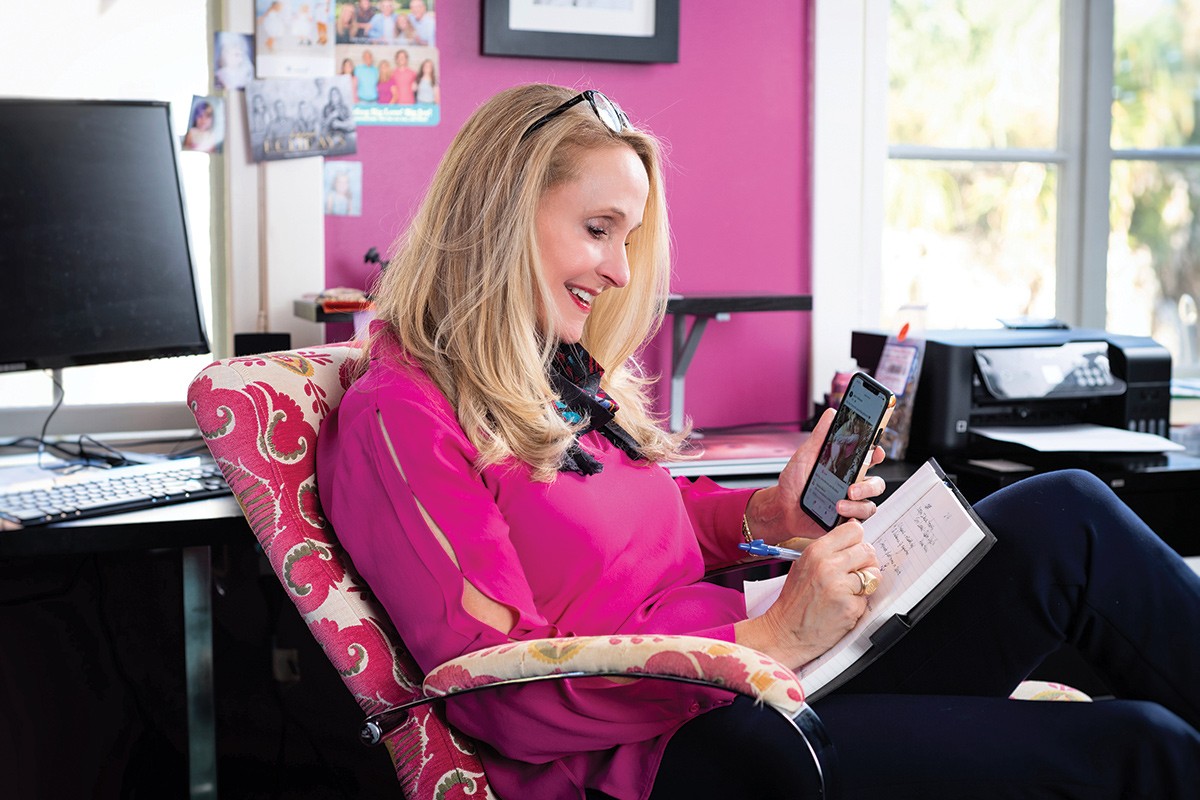 Hogshead-Makar started Champion Women in 2014. The non-profit provides legal advocacy for girls and women in sports. 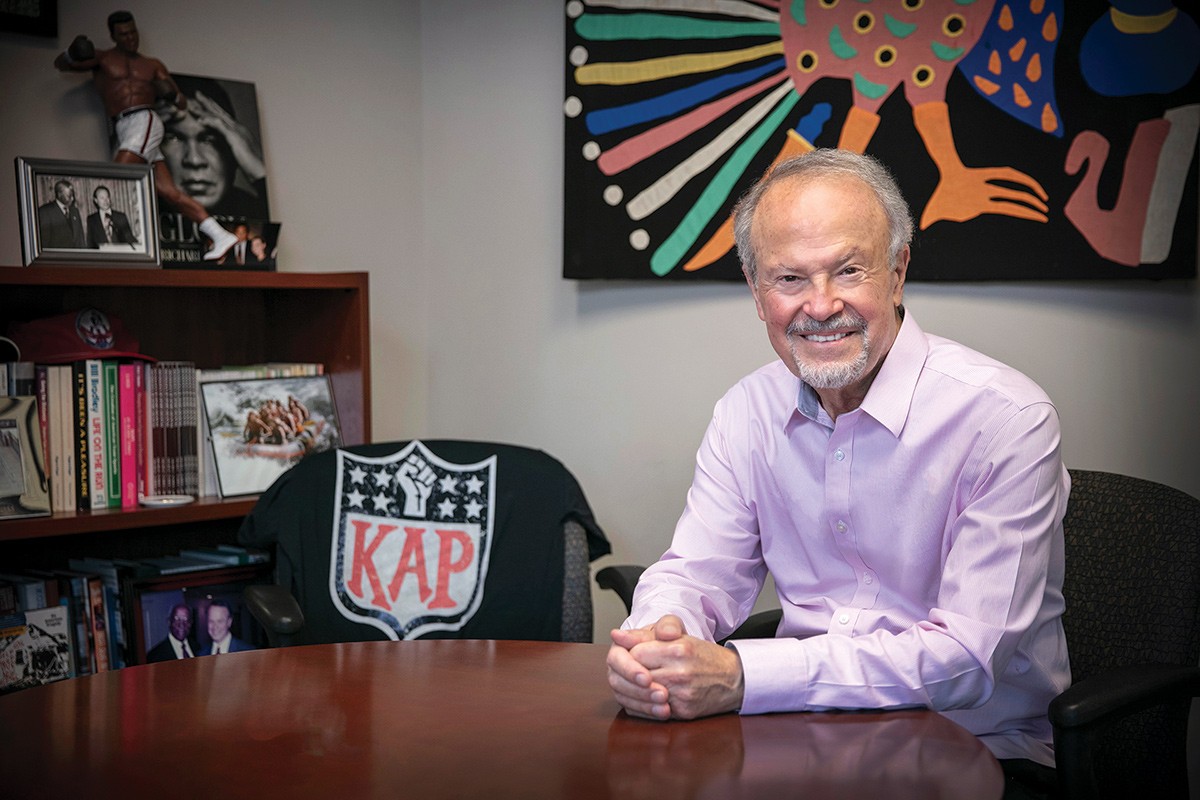 Human rights activist Richard Lapchick persuaded Hogshead-Makar to open up about her experience after being raped. 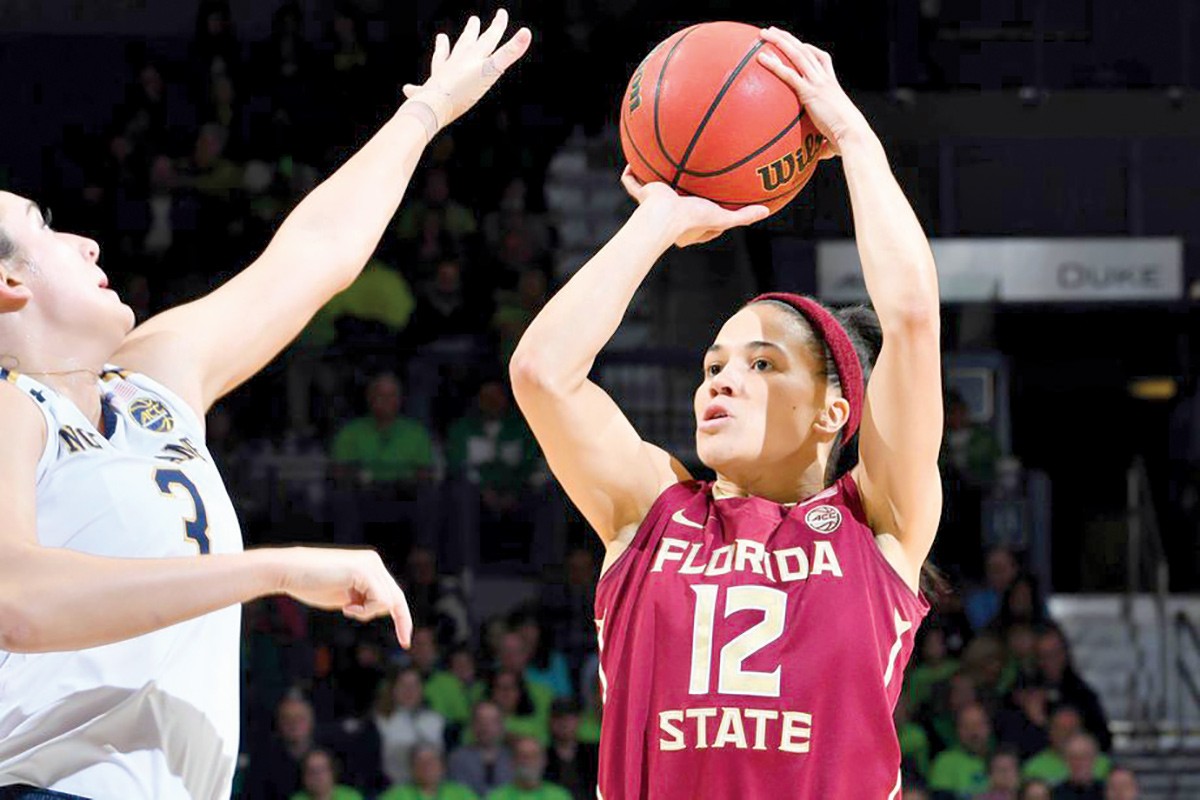 A female student who plays two sports typically is counted twice, which can make it appear that there are more women athletes than is actually the case, says Nancy Hogshead-Makar, CEO of Champion Women.

A Champion for Women's Sports

For Nancy Hogshead-Makar, sports has been an avenue for achievement and a source of healing. Florida schools' noncompliance with Title IX robs other women of those opportunities, she says.

Background: A 1984 Olympic swimming gold and silver medalist, she began her legal career at Holland & Knight in the late-1990s. She then taught at Florida Coastal School of Law for 12 years and founded Champion Women in 2014.

Hobbies: Cycling, jogging, meditation and yoga. “I do not compete in sports,” she says. “I’m so competitive I can’t be in a race just for fun.”

For Nancy Hogshead-Makar, sports has been an avenue for achievement and a source of healing. Florida schools’ non-compliance with Title IX robs other women of those opportunities, she says.

Last spring, as economic uncertainty spread amid the coronavirus pandemic, Nancy Hogshead- Makar feared that colleges would begin cutting women’s sports programs. She had reasons for those fears — an Olympic medalist and now an attorney, Hogshead-Makar specializes in Title IX, the gender-equity law that requires schools that accept federal funding to provide equal opportunities to sports for both men and women.

Hogshead-Makar hired a director of operations, a data analyst and three University of Florida law students to examine annual reports filed by every college and university with the Department of Education. The reports, required under the Equity in Athletics Disclosure Act, show how many men’s and women’s teams a school has, the number of players on the teams, the amount of money the teams get for things like coaches’ salaries and recruiting costs and the amount of scholarship dollars given to men and women.

Hogshead-Makar and her researchers looked at reports from more than 2,000 schools and found that 90% of the institutions were not complying with Title IX law. According to their research, the country’s colleges and universities would have to add 183,130 more “playing opportunities” — slots on teams — and $1 billion in scholarships for female athletes to reach gender parity.

The research indicated that among the major four-year public and private institutions in Florida that have sports programs, Embry-Riddle Aeronautical University in Daytona Beach was the only school where women do not lag men in terms of opportunities to play, scholarships and treatment. The researchers estimate that for every 100 female college students in Florida, there are 2.9 opportunities to play sports vs. 4.4 for every 100 male students.

In June, Hogshead-Makar wrote to more than 40 collegiate athletic conferences about her findings. “We kind of knew that cutting sports was on the horizon, and we wanted to put them on notice that they already were out of compliance with Title IX,” she says. By the fall, the conferences that replied to her mainly touted their athletic achievements. None disputed her numbers — and none made any promises about holding member-schools accountable to Title IX, she says.

In the 49 years since Congress passed Title IX, the number of women’s collegiate sports opportunities nationwide has grown from fewer than 70,000 in the early 1980s to more than 200,000 today. But that growth has not kept pace with women’s increasing enrollment in college relative to men, who also have seen their opportunities to play expand significantly over the years.

The problem, as Hogshead-Makar sees it, is a lack of oversight and enforcement. Female students who believe their college is not complying with Title IX can always sue, but they usually only do so after a program is cut. “Most girls and women don’t want to sue their school. They love their school,” she says.

“The NCAA used to require that schools move closer toward compliance, but they stopped doing that in 2010. No matter how badly a school is complying, the NCAA won’t do anything,” Hogshead- Makar says. “Conferences aren’t doing anything, and the Department of Education isn’t doing anything, which means that enforcement is left to 18- to 22-year-olds.”

The fight for Title IX compliance is a personal one for Hogshead-Makar, who believes her opportunity to compete in college 40 years ago enabled her to reach the 1984 Los Angeles Olympics. “I was one of the very best athletes in the world, and none of that would have mattered had it not been for Title IX. I would not have gotten a college scholarship. I would not have gone on to win in 1984,” she says.

“I’ll never forget how important my sports opportunity was. The generation ahead of me laments that they didn’t get what I got.”