George Martin was the first patient in Florida to receive a DCD heart transplant. 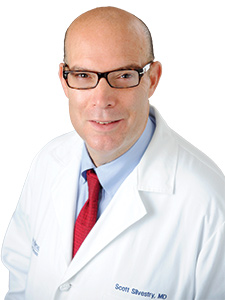 George Martin’s heart began failing in 2012, after he caught the swine flu. The 46-year-old Lockheed Martin engineer went on the heart transplant list in 2018 and came close to getting a heart twice — only to learn in both instances the organs weren’t viable. Martin finally got his heart transplant at AdventHealth in Orlando last summer through a procedure known as “donation after circulatory death,” or DCD.

Until recently, hearts used for transplantation have been limited to those from donors who are brain dead but whose hearts were still beating at the moment of death. Transplanting hearts from patients who died of circulatory death, however, was considered too risky because of potential damage to the heart muscle from a lack of blood perfusion and oxygenation. But over the past five years, doctors in the United Kingdom and Australia have successfully been transplanting hearts following circulatory death using the TransMedics Organ Care System, a portable machine that revives the heart and keeps it alive outside the body for hours until it can be transplanted.

Martin was the first patient in Florida to receive a DCD transplant as part of a clinical trial involving a dozen hospitals across the nation, including Advent-Health. “This trial is an enabling platform to allow us to resuscitate and assess hearts that ordinarily would just be buried,” says Dr. Scott Silvestry, surgical director for thoracic transplant at the AdventHealth Transplant Institute and principal investigator for the clinical trial at the hospital.

Under the traditional distribution system for organ transplants, a 65-year-old waiting on a heart could potentially receive a heart from any age group, but donor hearts used in the clinical trial predominantly came from people age 40 or younger, says Silvestry. “Almost all of them came back very strong, and the metabolic parameters were good — and after a period of time from two hours to seven hours on this perfusion system, the hearts were very suitable, and the patients did very well,” Silvestry says. “Our experience was these were beautiful hearts that were as good as, if not better than, the hearts we were seeing from brain-dead donors.”

The organ care system, which is sometimes referred to as a “heart in a box” and is under review by the U.S. Food & Drug Administration, also allows the transport of hearts from brain-dead donors across greater distances. A heart from a brain-dead donor can typically survive in an ice chest for about four to six hours, whereas a heart being maintained on the TransMedics machine can last about twice as long. The FDA approved a similar TransMedics organ care system for lung transplants in 2018, and the Massachusetts-based company recently completed a trial for a similar support platform for livers intended for transplantation.

On any given day, roughly 3,000 to 4,000 Americans are on the national waiting list for a heart transplant. Because of shortages of organ donors and suitable organs, some will wait weeks or even months for a donor heart. Only half will receive a transplant within a year — and some will die before one becomes available. Researchers estimate that the widespread use of DCD transplants could increase the availability of potential donor hearts by 20% to 30%. “It helps the recipients, and it also enables people to realize their generosity in organ donation,” says Silvestry.