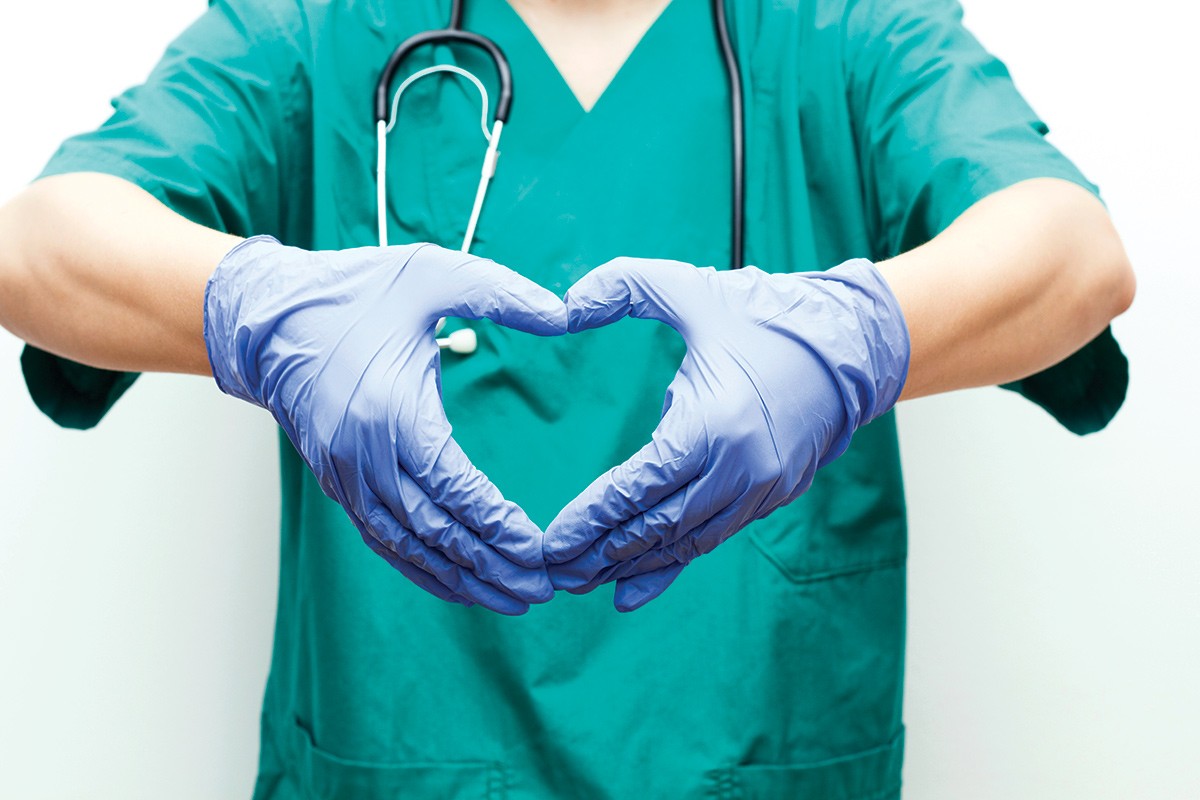 "We're encouraging people to not avoid getting care," says Dr. Jeffrey Goldberger, a cardiologist and chief of cardiovascular medicine at the University of Miami Miller school of Medicine. 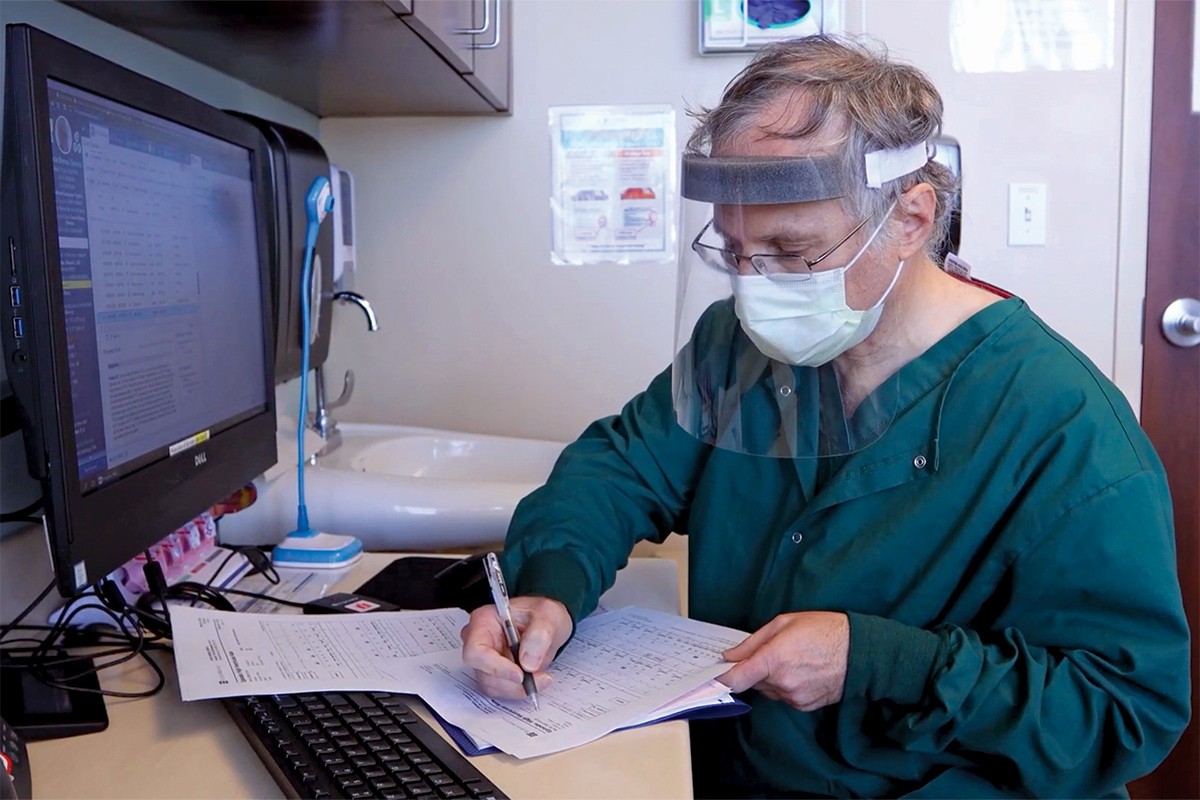 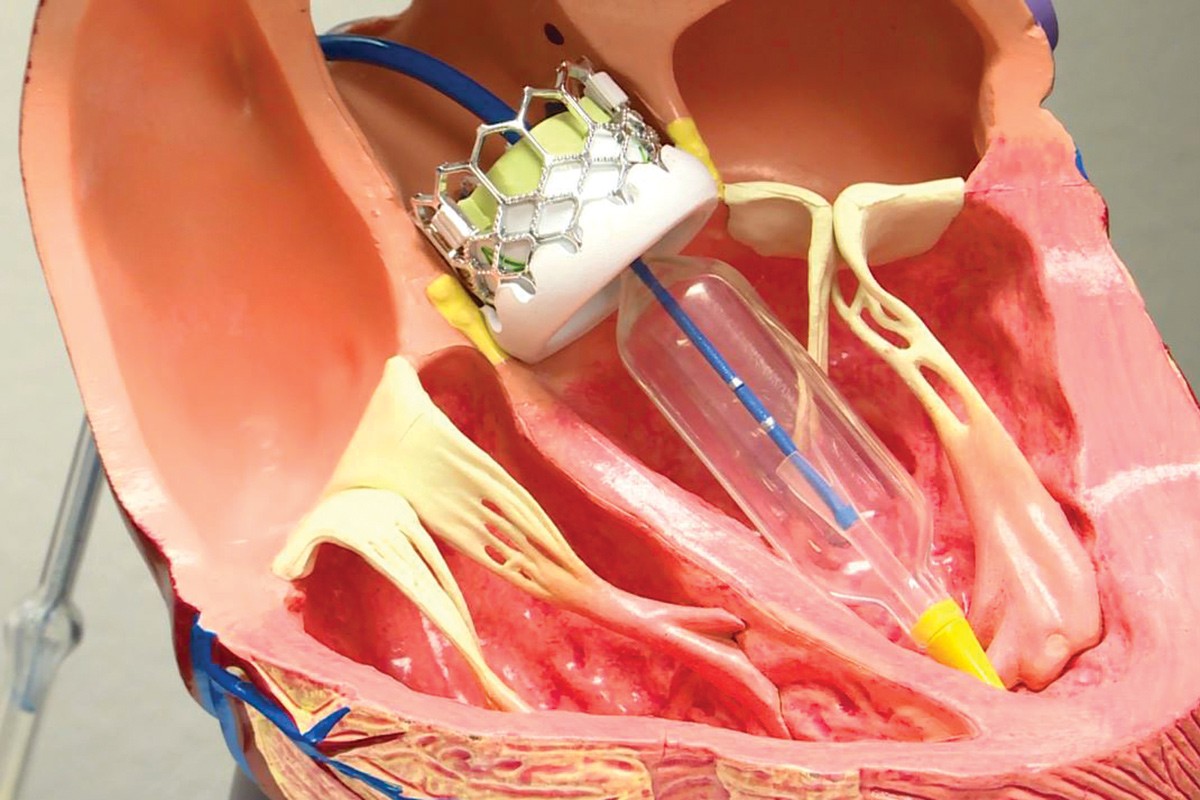 The TAVR procedure is used to replace malfunctioning aortic valves. 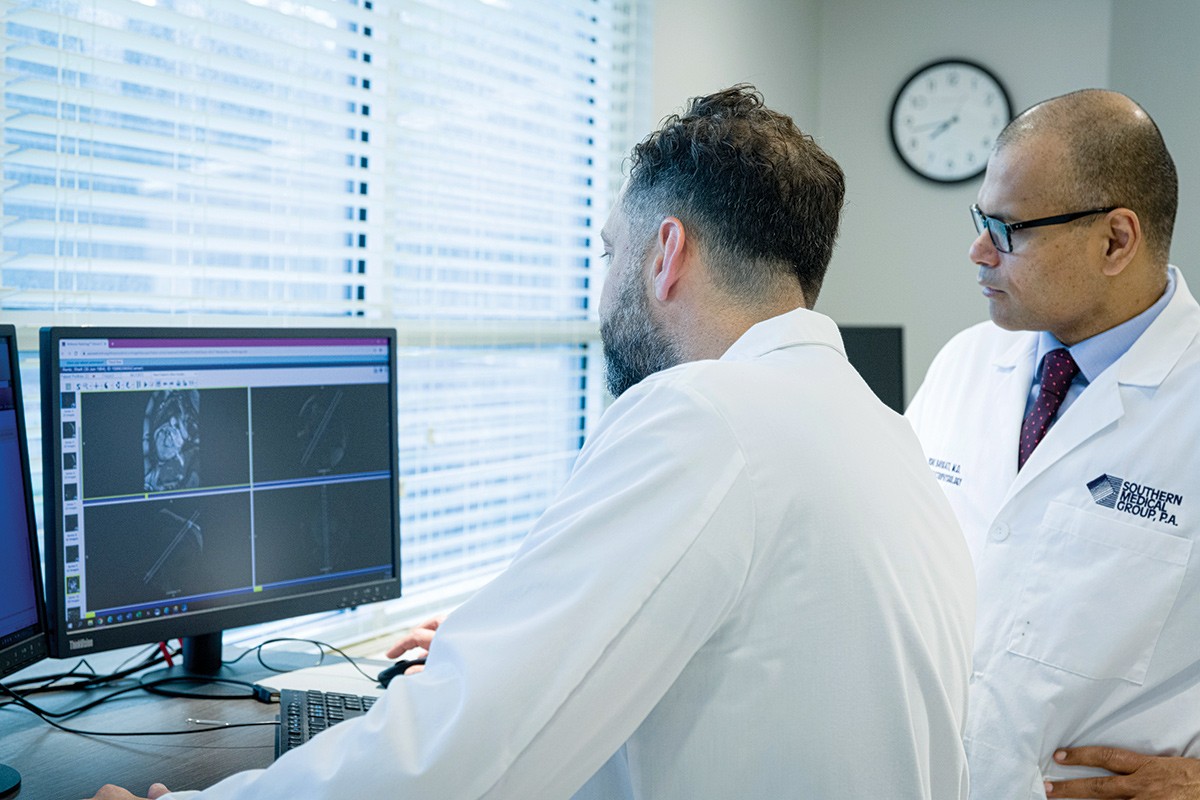 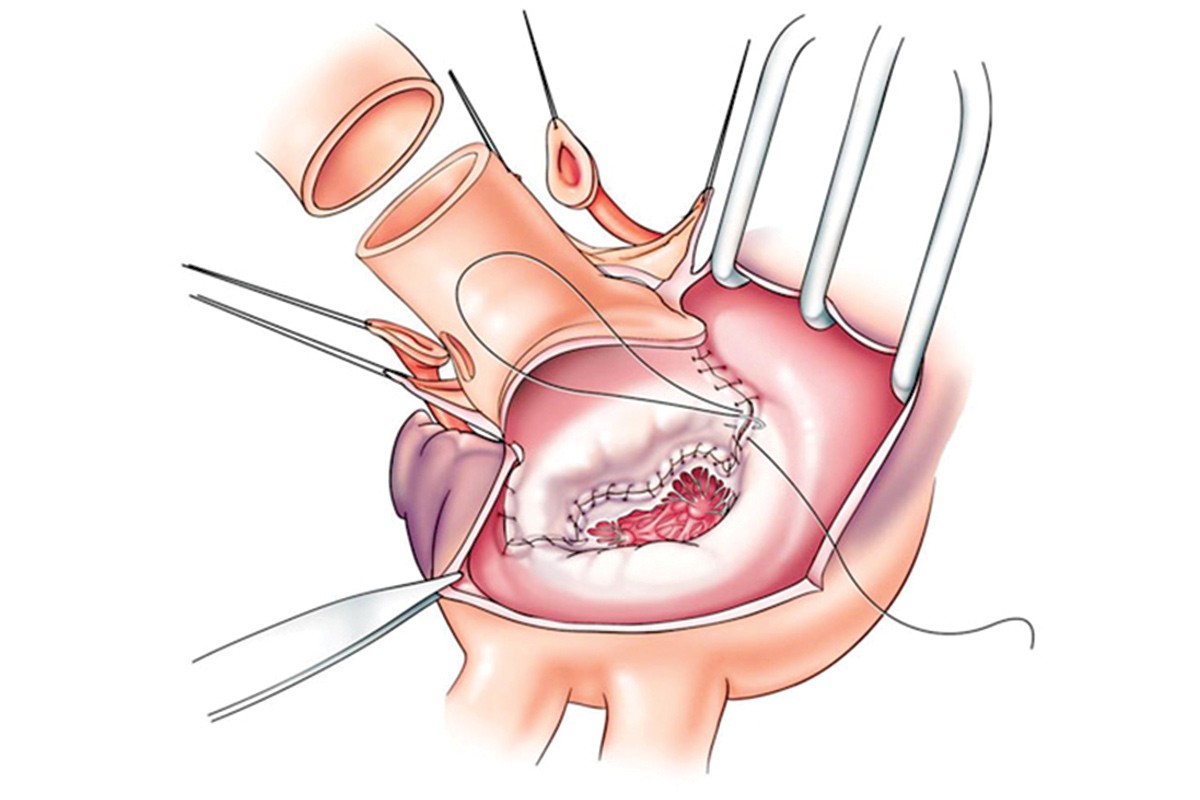 The hemi-commando technique replaces the aortic valve and damaged tissue but preserves the mitral valve.

Effects of coronavirus on the heart still aren't fully known

The effects of coronavirus on the heart aren’t fully known.

Along with all the other unknowns about the coronavirus is whether it has long-term effects on the heart.

Dr. Jeffrey Goldberger, a cardiologist and chief of cardiovascular medicine at the University of Miami Miller School of Medicine, says many COVID-19 survivors — even those who experienced mild or no symptoms — have ongoing heart inflammation as a result of their infections. Complications may include arrhythmia or heart failure.

“We don’t know for sure how this is going to heal. Everything about this virus is sort of new,” Goldberger says. “In five years, are we going to be seeing people who had COVID and now have some lingering scarring in their heart and are at risk for arrhythmia? It’s possible.”

While coronavirus patients with chronic health issues such as hypertension and diabetes are more susceptible to myocarditis (inflammation of the heart muscle), the condition also can occur in otherwise healthy, recovered coronavirus patients, Goldberger says.

“The first inkling we had that that could be the case was in July with a report out of Germany, where they studied 100 patients who had had COVID. Two-thirds of the patients were not hospitalized, and about 60% of them had MRI abnormalities,” Goldberger says. “That, to us, was very alarming. Normally, when someone has a viral infection of the heart, it’s not such a big deal. Where it does become a big deal is in people who exercise avidly or in athletes. If you look at any series of young people who die suddenly, a good chunk of them turn out to have had myocarditis. The combination of myocarditis and exercise is a bad one.” Goldberger recommends that athletes who test positive for COVID-19 get screened for signs of heart damage before resuming sports.

By contrast, Dr. Guilherme Oliveira, executive director of the University of South Florida’s Heart & Vascular Institute, says he hasn’t noticed any widespread or major cardiac complications among the COVID-19 survivors that he has seen.

“We have been seeing some radiographic evidence of myocarditis without clear clinical significance,” say Oliveira. “I have seen continued chest pains without any apparent reason, MRI findings without symptoms.”

Both physicians noted — and worry — that the number of heart attack patients seeking urgent hospital care has declined significantly during the pandemic. Goldberger believes many people “just aren’t coming to the hospital or emergency room” for fear of contracting the coronavirus. “That’s leading to patients having heart attacks at home or passing out and not getting evaluations — all sorts of issues,” he says. “We’re encouraging people to not avoid getting care.”

Echoing Goldberger, Oliveira says, “There is a great fear from the population to come to the hospital and physician offices to seek care. This is, in my opinion, misplaced because hospitals and physician offices are much safer than just about any other public space. There are data suggesting that more people died of heart attacks at home during the pandemic because they chose not to seek care.”

Oliveira and Goldberger likewise agree that patients should not let the pandemic keep them from regular checkups, testing and pre-emptive heart care. “If now is the time when you’re thinking about your heart health and prevention, we certainly can try to get you on the right track,” says Goldberger. — Amy Martinez and Art Levy

An Alternative to Open-Heart Surgery

“In the past, a patient would need open-heart surgery to repair an aortic valve,” says medical center CEO Mitch Mongrell. “With TAVR, patients will have a less invasive option which provides a quicker recovery.”

The procedure typically takes one to two hours, and most TAVR patients can go home the next day.

Tallahassee Memorial HealthCare has expanded its heart and vascular program with the launch of the Big Bend region’s first heart rhythm clinic, which opened last year. Dr. Gadi Silberman, one of four electrophysiologists with the Southern Medical Group who heads the clinic, says physicians have seen an increase in heart rhythm disorders — especially atrial fibrillation — as a growing portion of the population reaches age 65 or older. The condition causes a rapid heart rate and increases the risk of stroke and other complications.

“We have a dedicated atrial fibrillation clinic within our heart rhythm clinic where we see these patients and define a tailored approach,” says Silberman. Treatment can range from managing the condition with medications to undergoing an ablation technique that uses heat to destroy the region of the heart that’s causing the faulty electrical signals. — By Amy Keller

Tallahassee Memorial HealthCare, one of the largest providers in North Florida and south Georgia, is launching a cardio-oncology program to provide specialized care to cancer patients. Treatments that kill cancer cells — such as chemotherapy, targeted biologic treatments and radiation — can also damage the heart, causing coronary artery disease and abnormal heart rhythms. The program will create a “referral pathway” and provide cardiovascular screening and diagnosis for patients undergoing cancer treatments that are potentially toxic to the heart. Identifying patients with cancer at a high risk of cardiotoxicity is the “most important step” to treating them, says Gregory R. Hartlage, MD, cardiologist and cardiac imaging specialist at Tallahassee Memorial HealthCare and Southern Medical Group. “Then, using less toxic treatments or closely monitoring patients while they are on potentially cardio-toxic treatments are the most common strategies at this time,” she says. Research is also underway to identify potential medications that might prevent cardiac damage in patients receiving cancer therapies. — By Amy Keller

But in heart surgery, he does. Repairing and replacing infected areas around the aortic and mitral valves — particularly around infected artificial valves — is called a “commando operation” among heart surgeons. Navia does those but also has invented a "hemi-commando" technique for patients with life-threatening heart infections in which he preserves, rather than replaces, the mitral valve while replacing the aortic valve and damaged tissue around it and the mitral valves. For devotees of medical terminology, it’s an incorporated aorto-mitral homograft. “These state-of-the-art approaches are often the only treatment options for patients with these complex medical problems,” Navia says. “They are incredibly grateful for the second chance.”

Most commando operations are reoperations of patients with a prosthetic valve in which infection is destroying areas around the valve. — By Mike Vogel