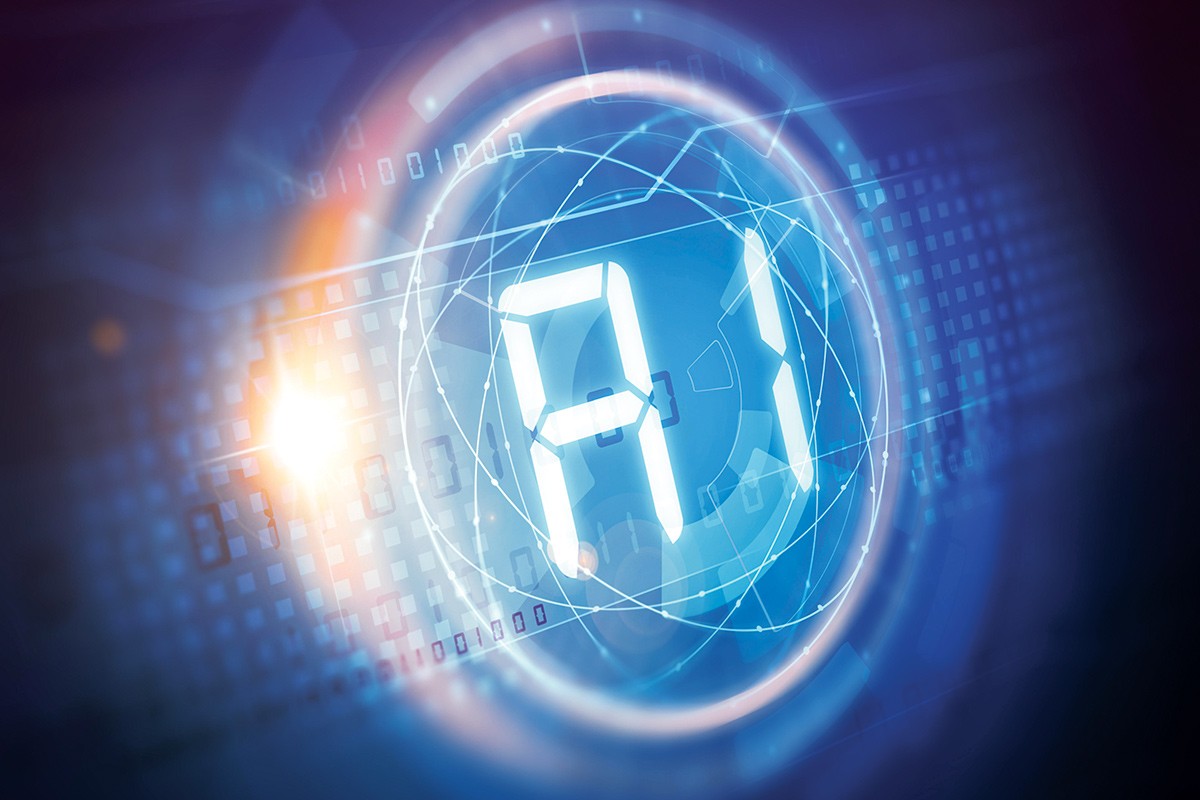 AI can't replace humans, but the technology is making inroads in more and more business sectors. 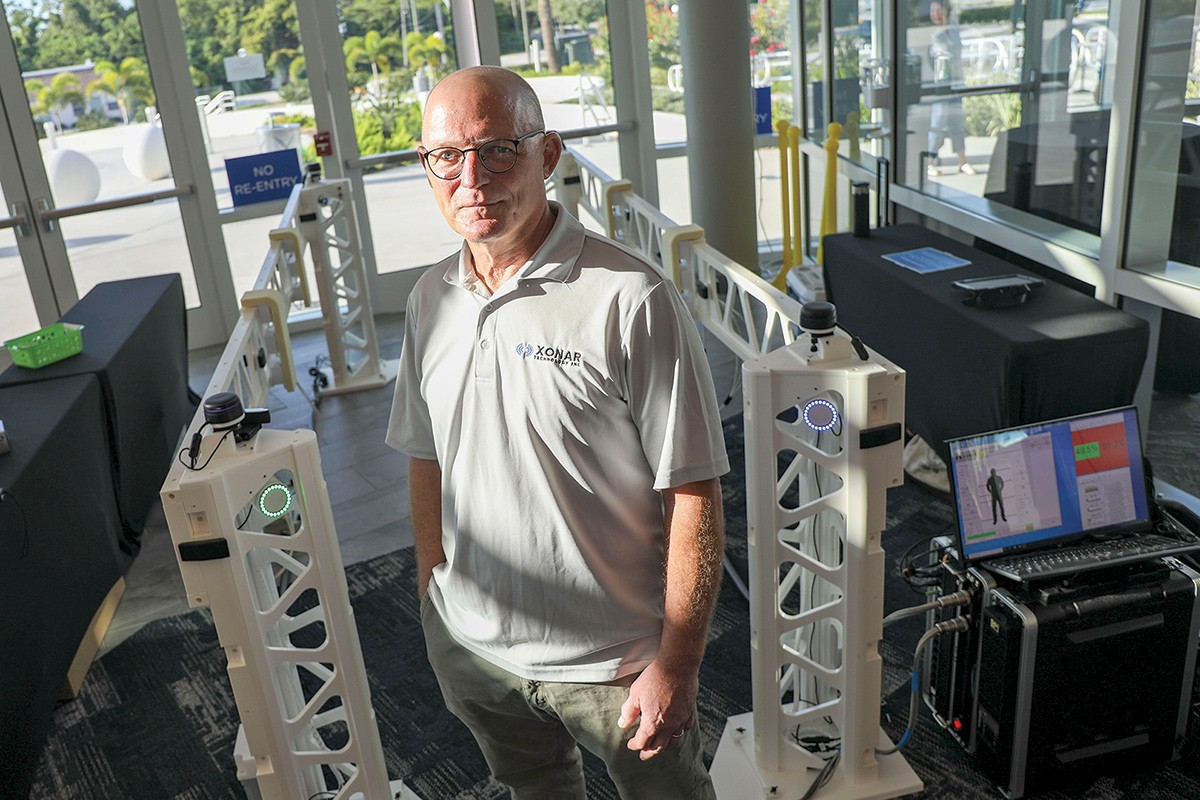 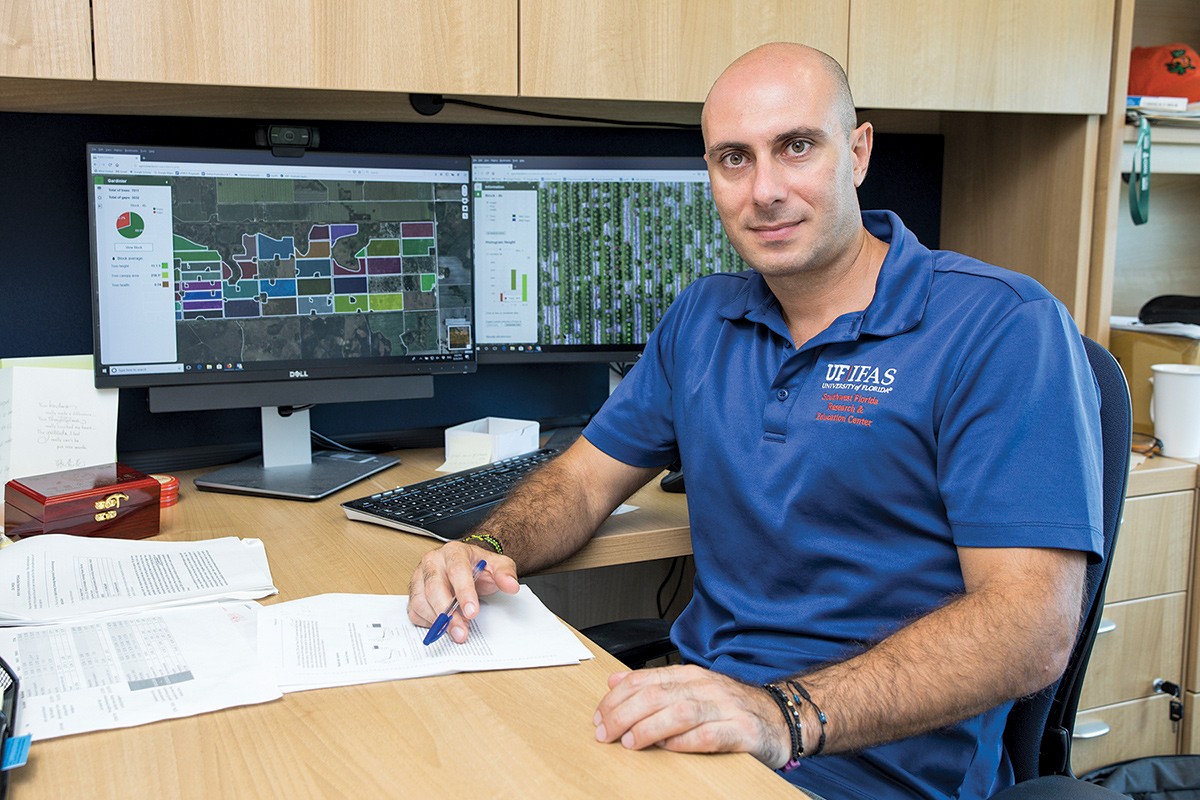 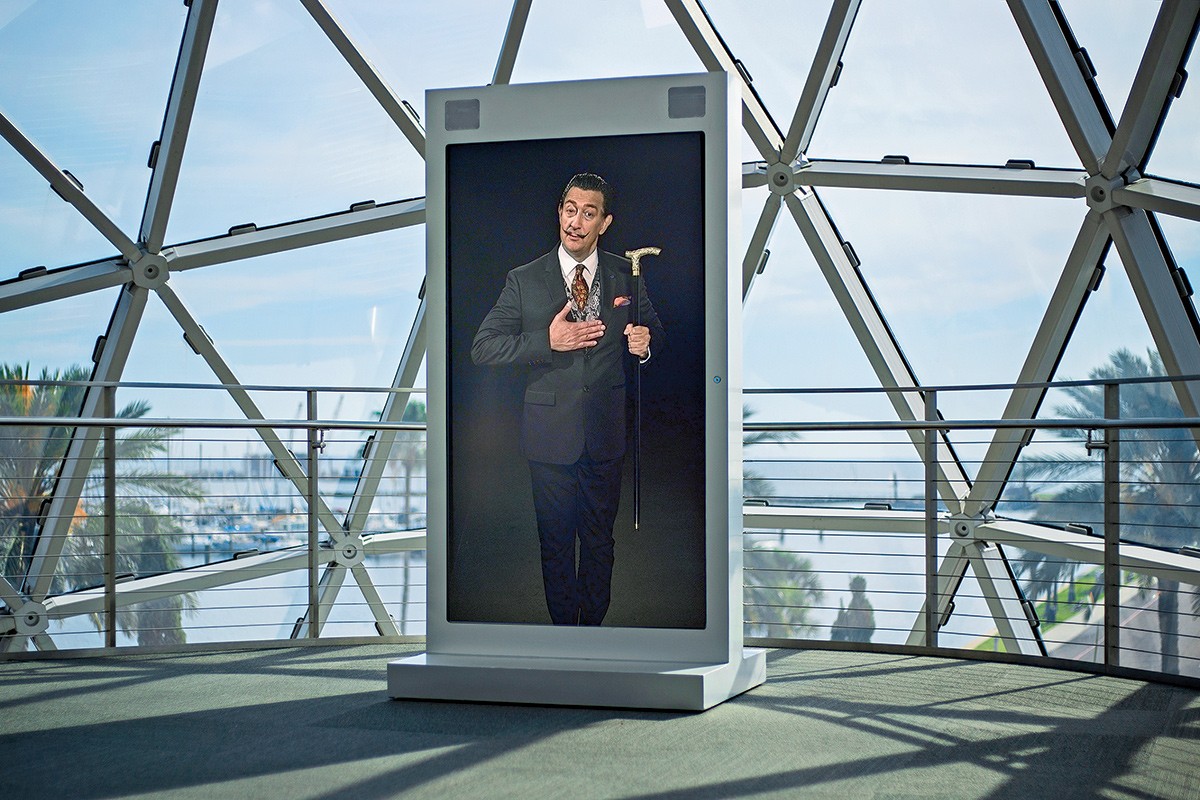 Goodby Silverstein & Partners relied on hundreds of interviews, quotes and footage of Dali to train an AI algorithm to "Learn" aspects of the artist's face. 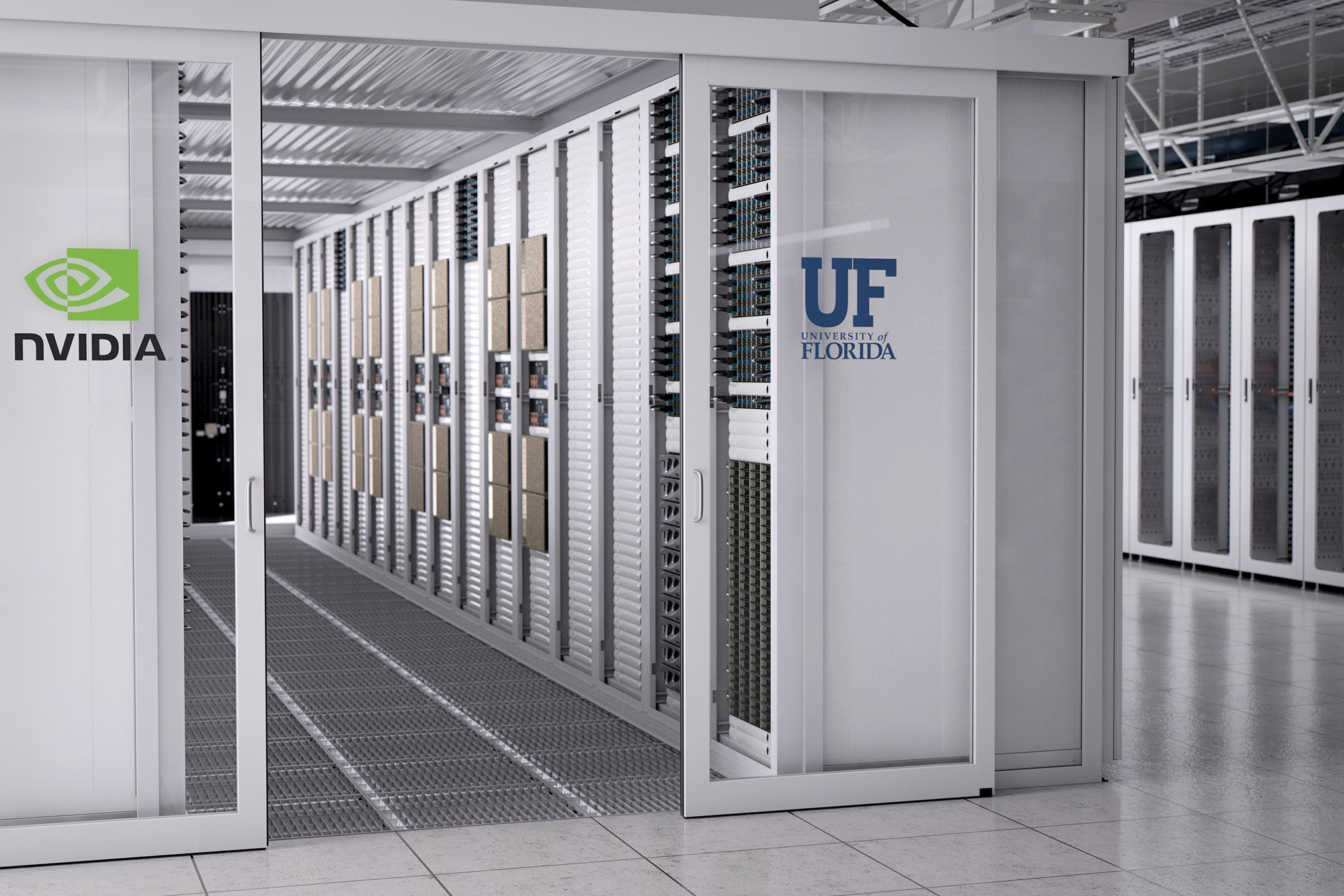 Nvidia and UF are partnering to create "higher education's most powerful AI supercomputer." 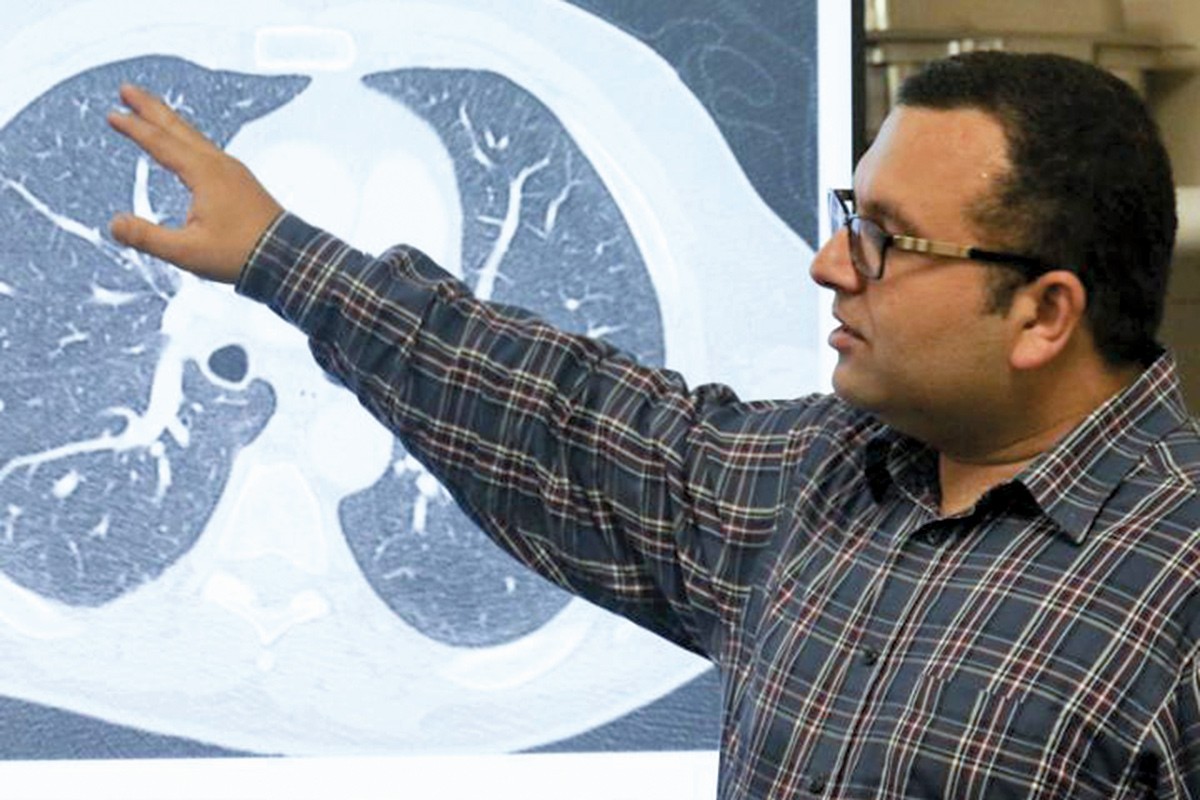 UCF assistant professor Ulas Bagci and his team created an algorithm that can predict the progression of COVID patients. 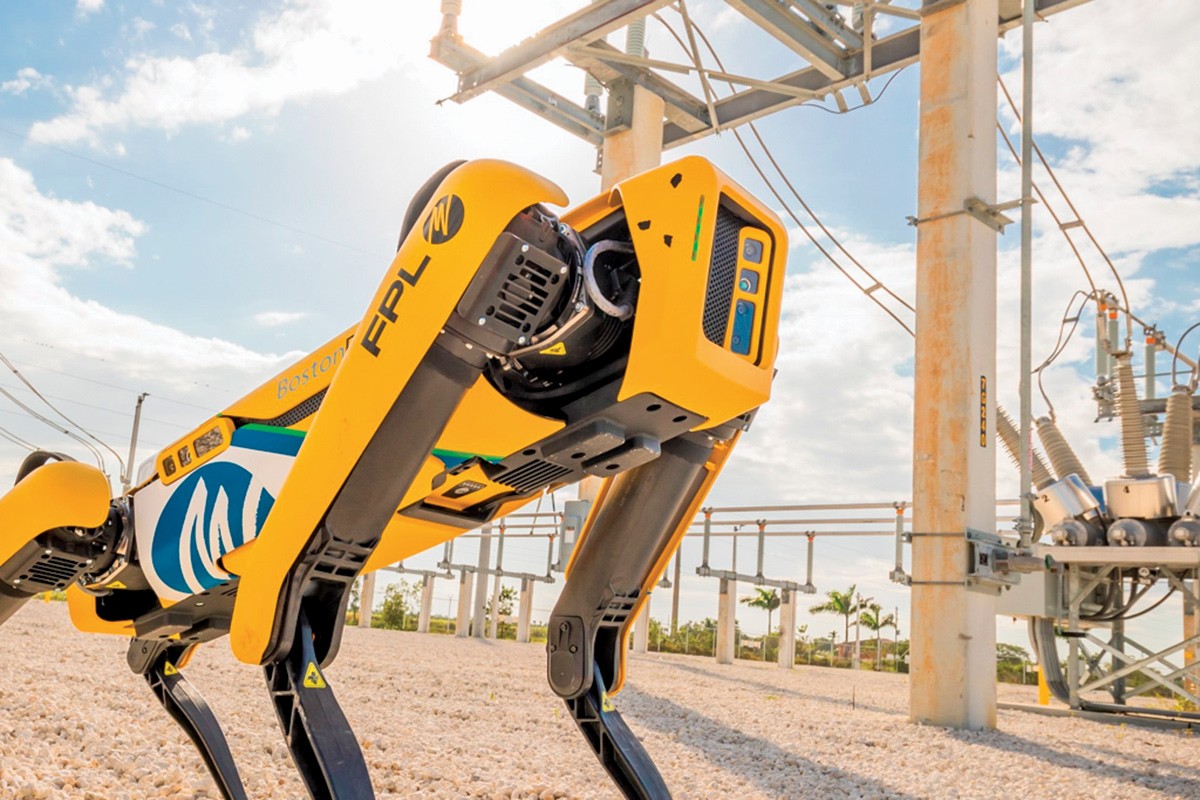 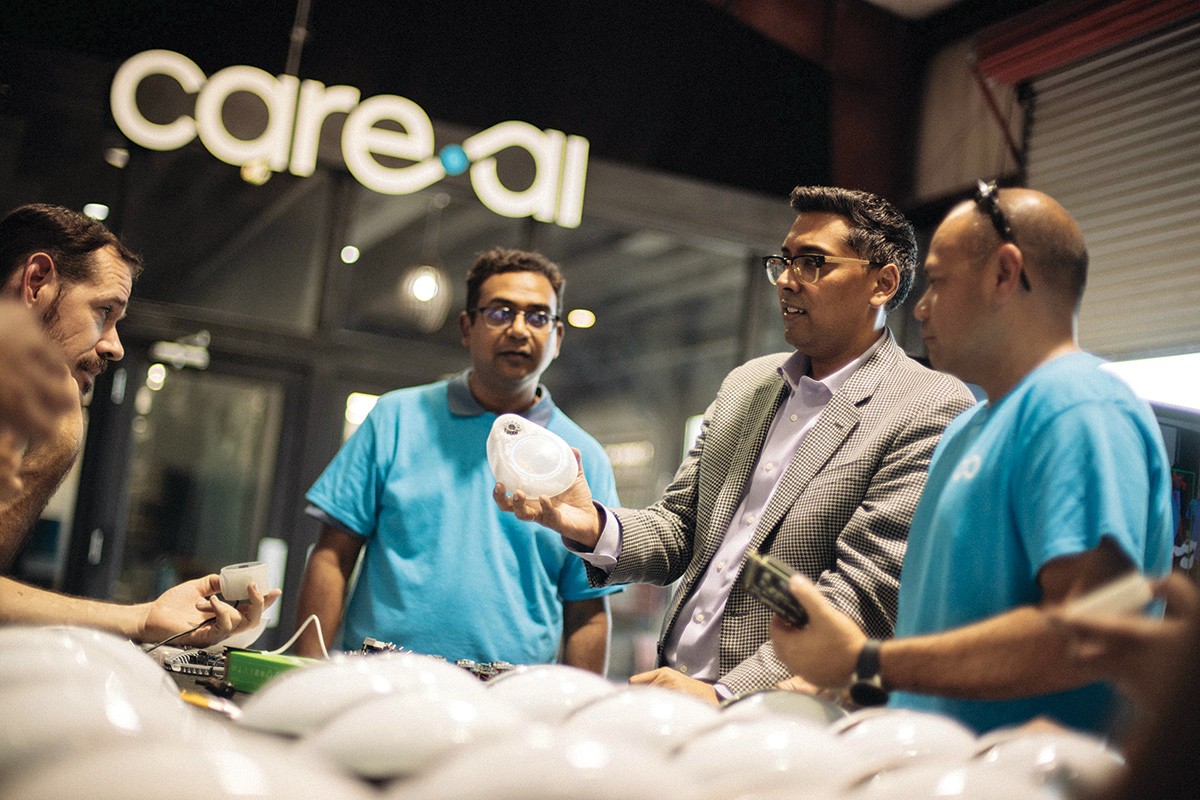 After a fall stranded his mother, Chakri Toleti (second from right) decided to create AI technology that could locate and identify individuals and their behaviors in real-time, "minimizing risks before they happen." 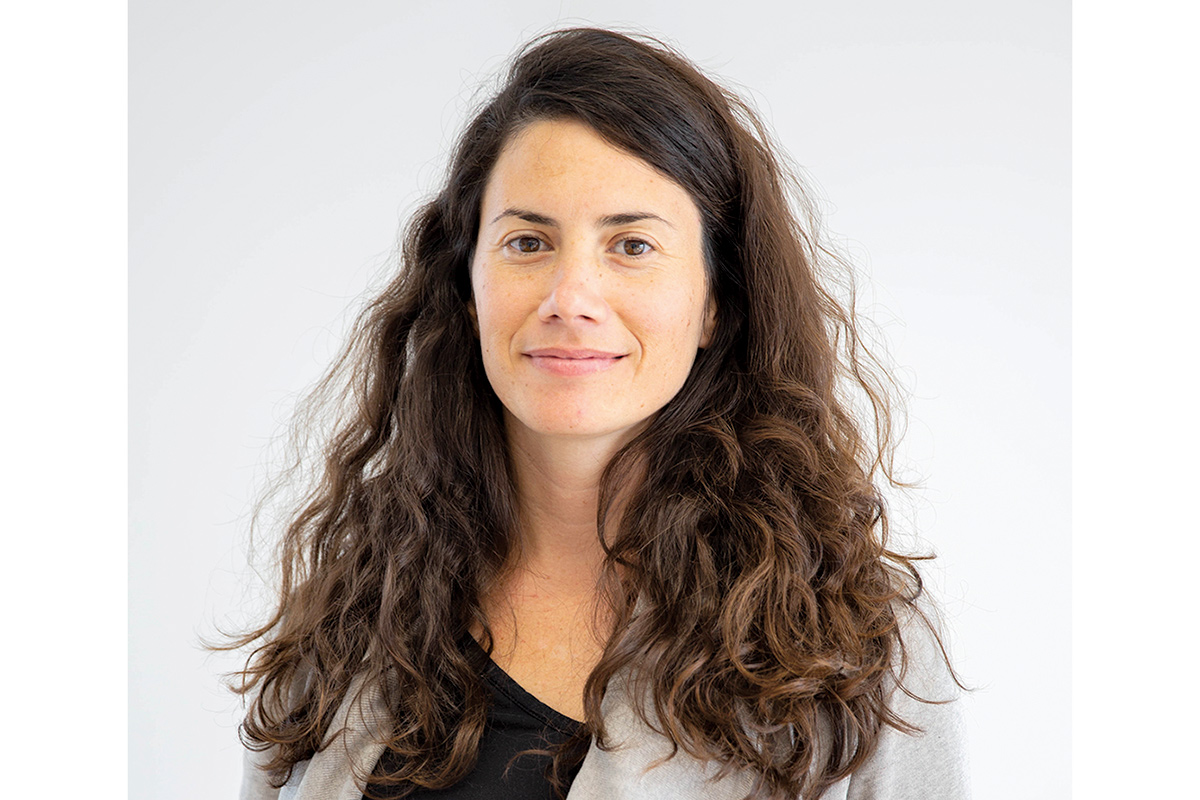 Olivia Ramos' software gives developers a 3-D peek at what a building will look like on a parcel. 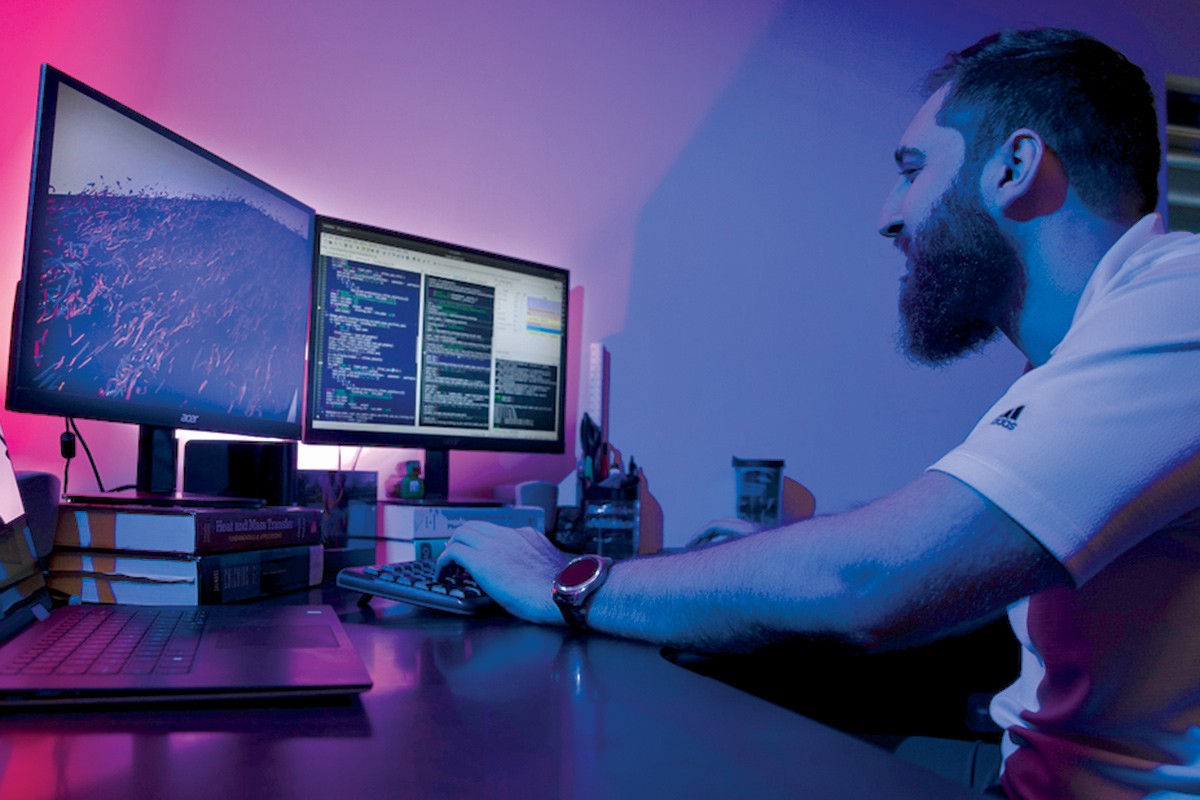 Researchers at FAU's College of Engineering and Computer Science recently landed a five-year grant from the NSF. 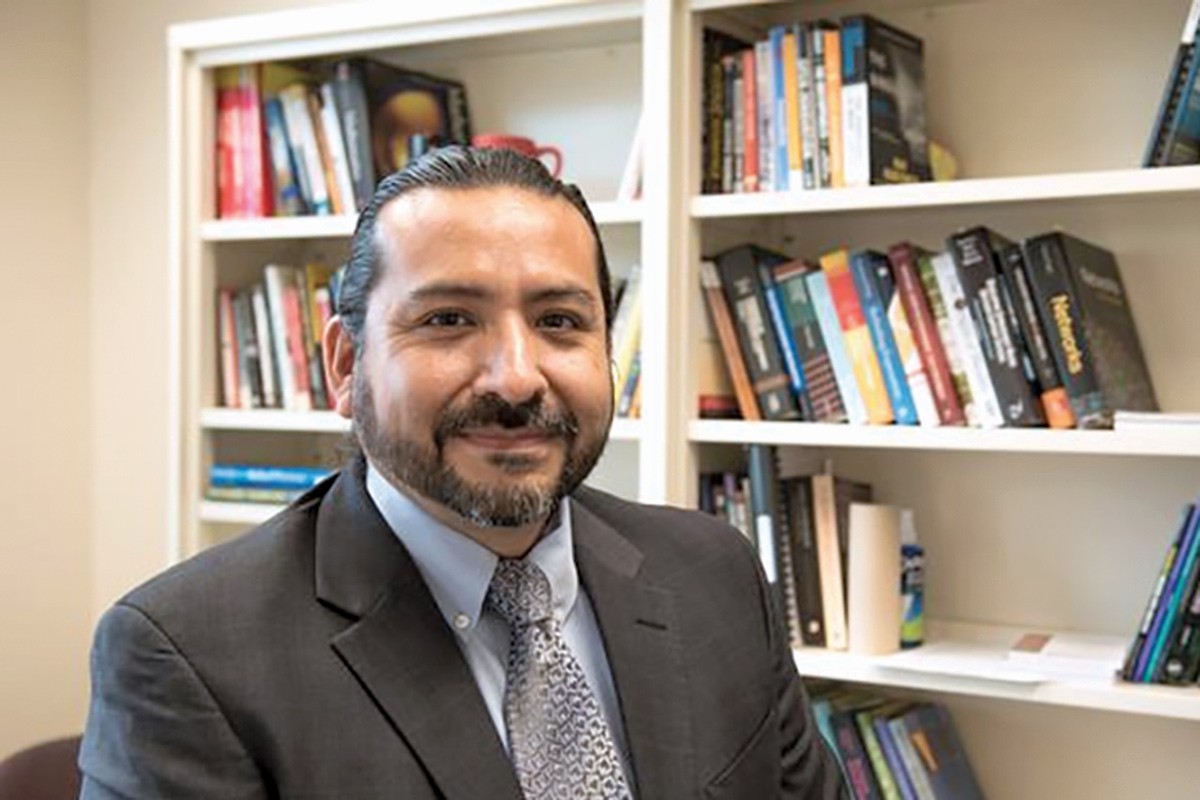 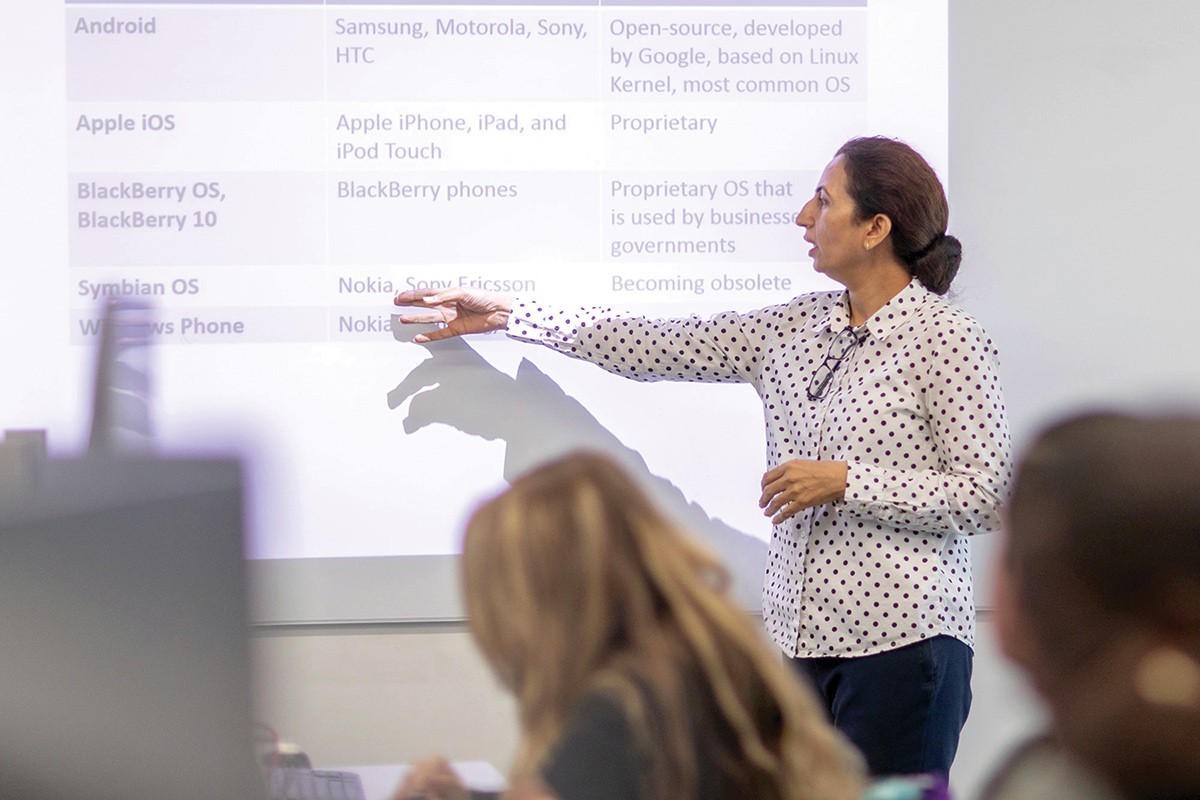 AI hasn't quite replaced humans, but the technology is making business better

AI can’t replace humans, but the technology is making inroads in more and more business sectors.

In an oft-quoted interview with Life magazine in 1970, Marvin Minsky, an MIT researcher and pioneer in artificial intelligence, predicted that scientists were about three to eight years away from creating a machine as intelligent as the average human. Such a machine would “be able to read Shakespeare, grease a car, play office politics, tell a joke, have a fight,” Minksy said, and it would learn at such a “fantastic speed” that it would reach genius level within just a few months.

Fifty years later, Minksy’s vision of a machine on par with the human brain still hasn’t been realized — but popular AI tools, such as Google’s search engine and Apple’s Siri, have become part of everyday life, and machines are learning how to master an array of complex tasks, from operating self-driving cars to spotting tumors to monitoring crops.

“It’s no longer, ‘is artificial intelligence going to work?’ It does work, and there’s numerous applications that are out there — medical imaging, credit fraud detection, movie selections — that use sophisticated artificial intelligence algorithms to make business better,” says Jeff McFadden, chief technology officer for Xonar Technology, a Largo-based company that designed an AI-enabled security surveillance system to detect weapons. “It’s really moved out of that research area and moved into where it’s really a commercially viable technology set.”

The leaps forward have been made possible by powerful computer processing engines and advances in machine learning techniques. Computers with enough horsepower can crunch large data sets and use a series of algorithms to extract patterns and glean insights from that information. In Al recommendation systems, like that employed by Netflix, the algorithm looks at an individual’s viewing history, considers the preferences of other members with similar tastes and evaluates other information to come up with a viewing suggestion. An algorithm in an intelligent credit card fraud detection service, on the other hand, flags suspect purchases by looking for outliers or anomalies that depart from a consumer’s normal purchasing behavior.

McFadden’s Xonar uses an algorithm to spot concealed weapons based on their ultra-wide band radar signature. The system transmits an electromagnetic pulse toward a person as they walk through it. The pulse bounces back to a receiver. That reflected wave is then analyzed by machine’s algorithm to see if it matches the shape, density and other characteristics of various weapons in its learning library. It’s more discriminating than traditional technologies, which rely primarily on metal detection, and Xonar can differentiate between a knife or handgun and other harmless metal items, such as keys or money clips, making for fewer “false positives.” It’s also less obtrusive. McFadden says friends who’ve breezed through the system in place at the entrances of Ruth Eckerd Hall in Clearwater didn’t even realize it was there.

Inspired by neural networks in the brain, these “deep learning” systems can remember and build on observational patterns they find in data. In essence, they become smarter over time, but it’s vital to control what data the systems receive. “The big AI in general, deep-learning specifically, learns everything. It learns what you want it to learn, but it learns what you don’t want it to learn,” McFadden cautions.

In some cases, AI can outperform its human counterparts. A recent study in the journal Nature found that a Google AI system did a better job in predicting breast cancer from mammograms than radiologists did. And a new AI software engineered by the British company DeepMind has created a system of algorithms called AlphaFold that can rapidly and reliably predict the 3-D shape of proteins — a task that usually takes months or years. The breakthrough is expected to speed up and reduce the costs of pharmaceutical development.

Here’s a closer look what companies and researchers across Florida are doing with AI technology and why the experts say it will never completely replace humans.

Orange trees were easier to count before citrus greening struck. Fields were relatively uniform then, and farmers who had planted 160 trees per acre on 10 acres knew with reasonable certainty that they had about 1,600 trees. But when greening swept through Florida about a decade ago, groves became riddled with gaps where diseased and dead trees once stood. To get an accurate count, growers had to hire workers to drive through their groves, counting each tree, one by one, with a clicker.

“It was very time consuming and very expensive,” says Yiannis Ampatzidis, a University of Florida scientist stationed in Immokalee. To address the problem, Ampatzidis and his research team developed a system called Agroview that uses special images taken from drones and the ground to count the trees and assess their conditions. The method isn’t perfect, but it’s close. It tallied 175,977 citrus trees at one Hendry County farm with close to 98% accuracy. It’s also quick, taking about 10% as long as a manual count.

Florida growers seized on the technology in the aftermath of Hurricane Irma, when the U.S. Department of Agriculture began requiring them to submit accurate tree inventories to maintain insurance coverage. Others have used Agroview to pinpoint gaps in groves so they can replant where dead trees once stood. Growers can also use the technology to detect disease and optimize the health of plants.

Agroview combines multispectral imaging and leaf analysis. The drones carry special cameras that capture image data of the trees across a broad portion of the electromagnetic spectrum, including wavelengths invisible to the eye. Data from those images are then fed into Agroview’s AI software, where they’re cross-referenced with data from leaves that have been analyzed in labs to identify plants with nutrient deficiencies, diseases or other types of stress. Armed with that information, growers can fine-tune their application of fertilizer, pesticide and other inputs. If the system indicates low levels of nitrogen or phosphorus, for instance, the grower can increase his application of those nutrients in the affected areas. If nutrient levels are high, the grower can ease up. If disease is detected, the grower can apply a treatment early, before it spreads through the entire crop.

Farmers can purchase Agroview through a UF spinoff company called Agriculture Intelligence. The company will also collaborate with drone operators if growers don’t have their own drone to collect the data. “Right now, we’re working mainly with citrus, but tomato and other crops, other profiles, will come soon,” Ampatzidis says.

UF researchers are also collaborating with a farm equipment company in Clewiston called Chemical Containers to develop a “smart sprayer” that uses AI and “sensor fusion” for precise application of insecticides and weed killer. “If you have a traditional sprayer, it will spray everywhere with the same amount, but that doesn’t make sense,” Ampatzidis says. “If you have a big tree, you need more chemicals to be sprayed, but if it’s small, half the size, in theory you need half. If it’s a gap, you don’t spray at all.”