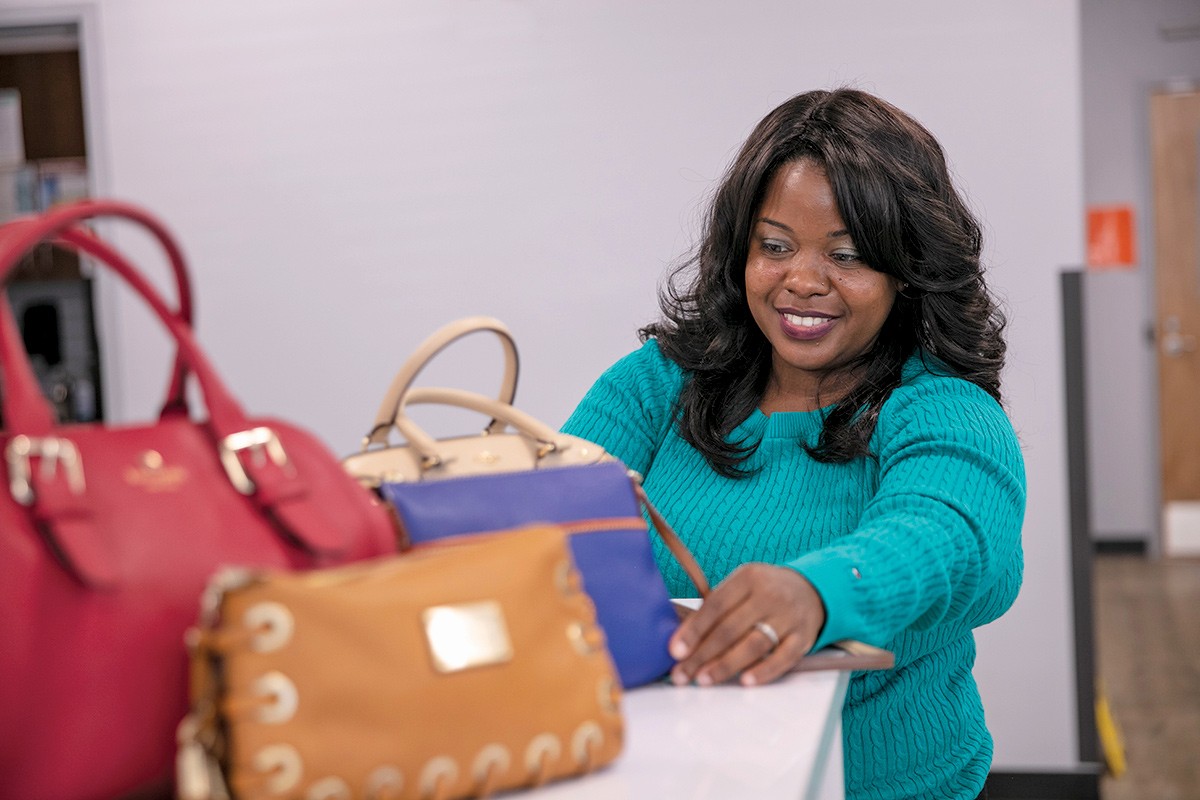 Lajonda "L.J." Mack found her dream job at Goodwill after meeting with a vocational rehab counselor at the Lake Nona VA hospital. 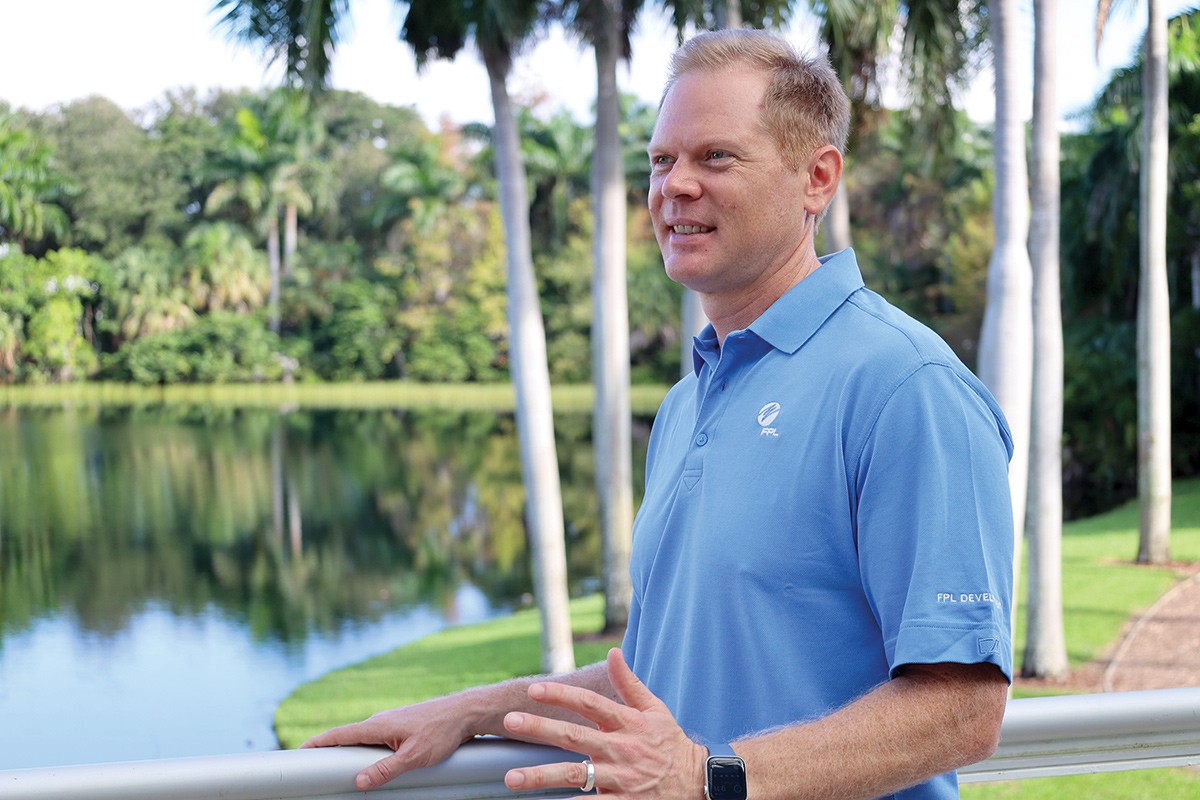 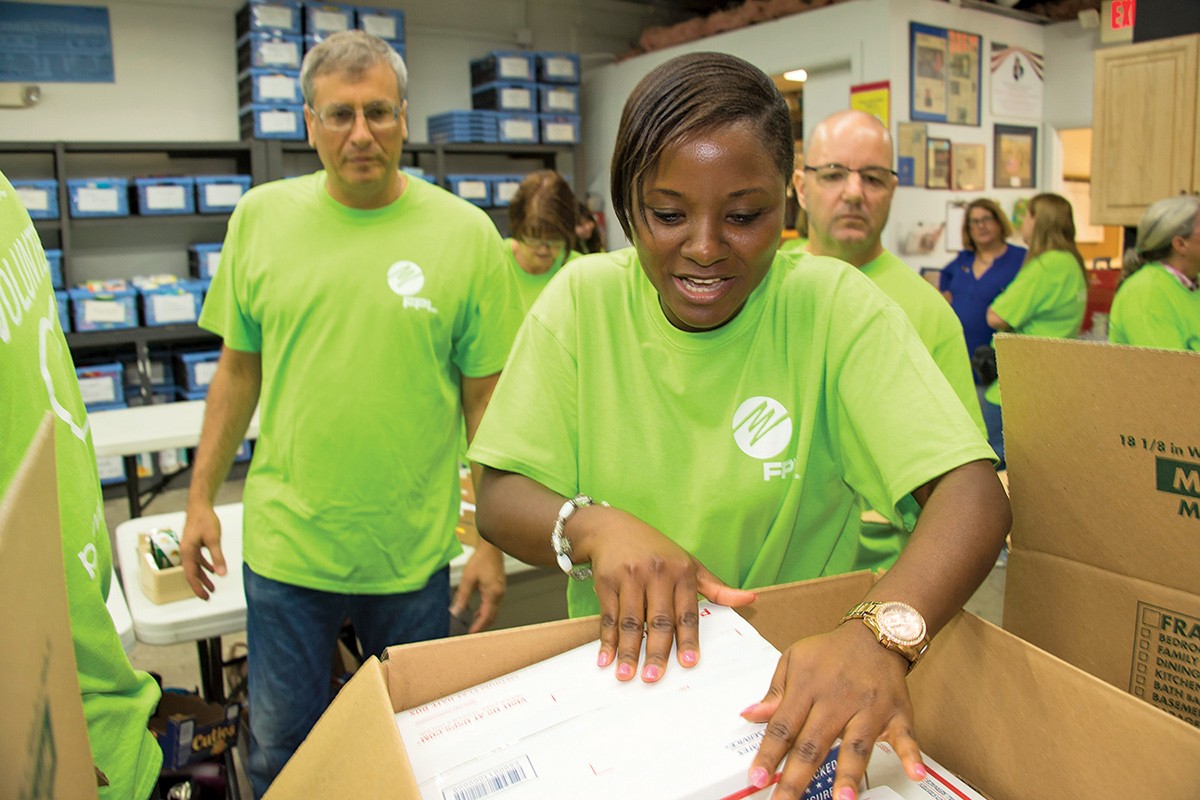 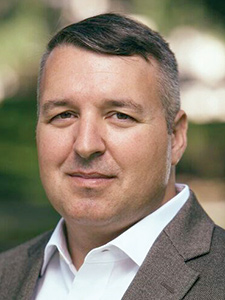 Veterans usually come with strong job skills but sometimes run into problems finding work due to outdated perceptions by some employers.

Inspired by her uncle, a Navy chief, Lajonda “L.J.” Mack enlisted in the Navy in 2001. The Navy sent her to “yeoman’s school,” and over the next 11 years she provided clerical and administrative support aboard ships, on bases and at a Navy dental clinic. But when she left the military in 2012, she struggled to find the right job.

A widow with three children at that point, Mack went back to school and become a technician at an Orlando pharmacy. She lost that job when the company was bought out by Express Scripts. She tried unsuccessfully to transition to medical billing and coding before meeting with a vocational rehab counselor at the VA at Lake Nona and landing her “dream” job working for Goodwill of Central Florida’s e-commerce team.

“I’m a lister for ShopGoodwill.com, and I do purses and shoes. I authenticate Coaches, Fendis and all these other designer items our donors donate to us,” she says.

Up to 55% of veterans struggle to find a job after leaving the military, and one-third are underemployed, meaning they can’t find work (or enough paid work) that makes full use of their skills and abilities, according to a LinkedIn study. Many leave the military without the certifications or licenses they need for civilian employment. Some find it hard to translate their skills and military experience into something private-sector human resources departments understand.

Overcoming stigmas and stereotypes also can be difficult. “When people hear ‘veteran,’ too often they hear someone who might have PTSD or mental health problems or someone who needs a handout or a thank you,” says Barron Mills, executive director of the Florida Association of Veteran Owned Businesses, an Orlando-based non-profit that advocates on behalf of veteran-owned businesses. “We’re the most capable, underutilized element of society in a lot of cases. We just need a chance to show what we can do outside of the military.”

Some employers look actively for vets. In 2011, JPMorgan Chase and 10 other companies founded the 100,000 Jobs Mission with the goal of hiring 100,000 veterans by 2020. Today, the coalition has been renamed the Veteran Jobs Mission with 200-plus members and more than 680,000 veteran hires, working toward 1 million. JPMorgan also invested $100,000 in the Cyber Florida center at the University of South Florida to fund a program that provides free, nine-week, cyber-security training to veterans in the Tampa Bay area.

NextEra, the parent company of Florida Power & Light, employs 2,000 veterans (13% of its workforce) and has been working with its construction firms to hire scores of veterans as it builds out solar plants across the state. The jobs pay $15 to $20 an hour and involve heavy lifting — solar panels weigh as much as 50 pounds — but provide opportunity for upward mobility.

Matt Valle, a former nuclear submarine Navy officer who is now vice president of FPL development at NextEra Energy, says there’s less turnover and better productivity among the veterans NextEra employs, and it’s a good cultural fit. “I think it appeals to people who like a sense of mission, purpose. I think clean energy has that same sense of mission.”

Defense-related companies are another natural fit for vets. L-3 Communications, Northrop Grumman and Lockheed Martin — all of which have operations in Florida — are among some of the top employers of military veterans in the nation.

Some veterans go into business for themselves. Michael Waldrop, a former U.S. Army infantry captain, started his own construction company in Orlando after returning from Afghanistan (Profile, page 74). He also founded the Florida Association of Veteran Owned Businesses, the trade group now run by Mills that has grown to include more than 250 members across three chapters stretching from Tampa Bay to the Space Coast. Members of FAVOB run the gamut from real estate to restaurants to insurance to marketing.

At the state level, Florida continues to try to connect veterans and their families with jobs through its Paychecks for Patriots hiring events hosted by local workforce development boards. More than 6,720 veterans and military family members have participated in the career fairs since their inception seven years ago. And last year, the Florida College System Council of Presidents (COP) rolled out the Patriot’s Path Program, which allows veterans enrolled in Florida state colleges to receive college credit for training and experience they gained in the military.

Sophia Eccleston spent four years in the Army, during which time she supported peace-keeping missions in Bosnia and managed equipment and supplies for the 95th Military Police Battalion and 224th Military Intelligence Battalion. Today, she works on Florida Power & Light’s external affairs team, helping the company advance its clean energy initiatives. “When you’re in the military, you’re trained, you’re disciplined — you always have to be ready. I feel it’s very similar to my role at FPL,” she says.

The number of homeless veterans in Florida dropped 40% between 2015 and 2019, and five counties — Charlotte, Flagler, Lee, Miami- Dade and Volusia — achieved what’s known as “functional zero,” meaning no homeless veterans were identified in an annual survey. It does not include those who are couch surfing, living out of cars, or otherwise not on the streets, but without a home. Florida’s Council on Homelessness credits the better numbers to “improved coordination” between the VA and lead agencies that provide assistance to the homeless as well as the use of “by-name” lists, which track homeless veterans when they access services so they can be prioritized for intervention.

6.8% — Portion of Florida’s population who are veterans. They are unevenly distributed throughout Florida, with most living in the upper two-thirds of the state.

The biggest concentration of veterans lives in the Florida Panhandle, where eight of Florida’s 22 military bases are located. There, 11.3% of residents are veterans. In Okaloosa County, home to Eglin Air Force Base and Hurlburt Field, 18% of the population has served in the military, making it the most veteran-heavy county in the state.

Northeast Florida — home to major installations, including Naval Station Mayport, Naval Air Station Jacksonville and the Marine Corps Support Facility Blount Island — has the second-highest concentration of veterans of any region in the state: 242,673 former military personnel make up about 9.3% of the population.