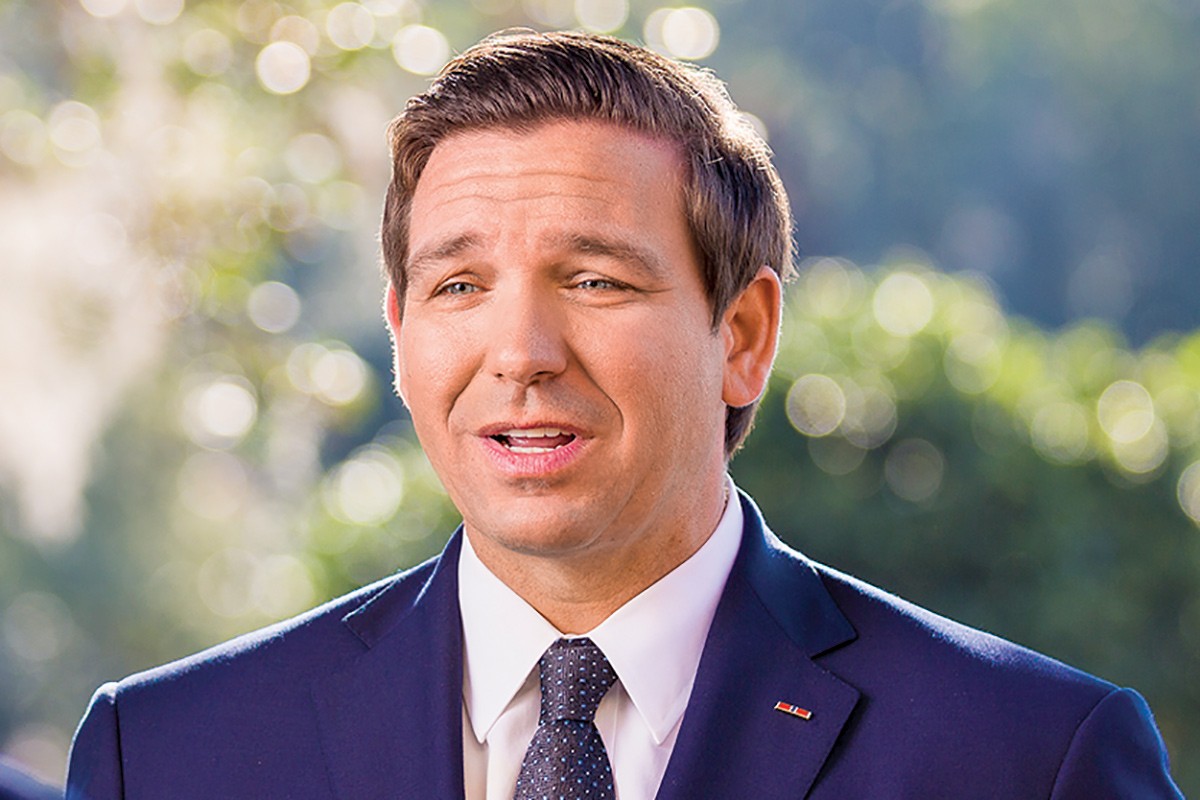 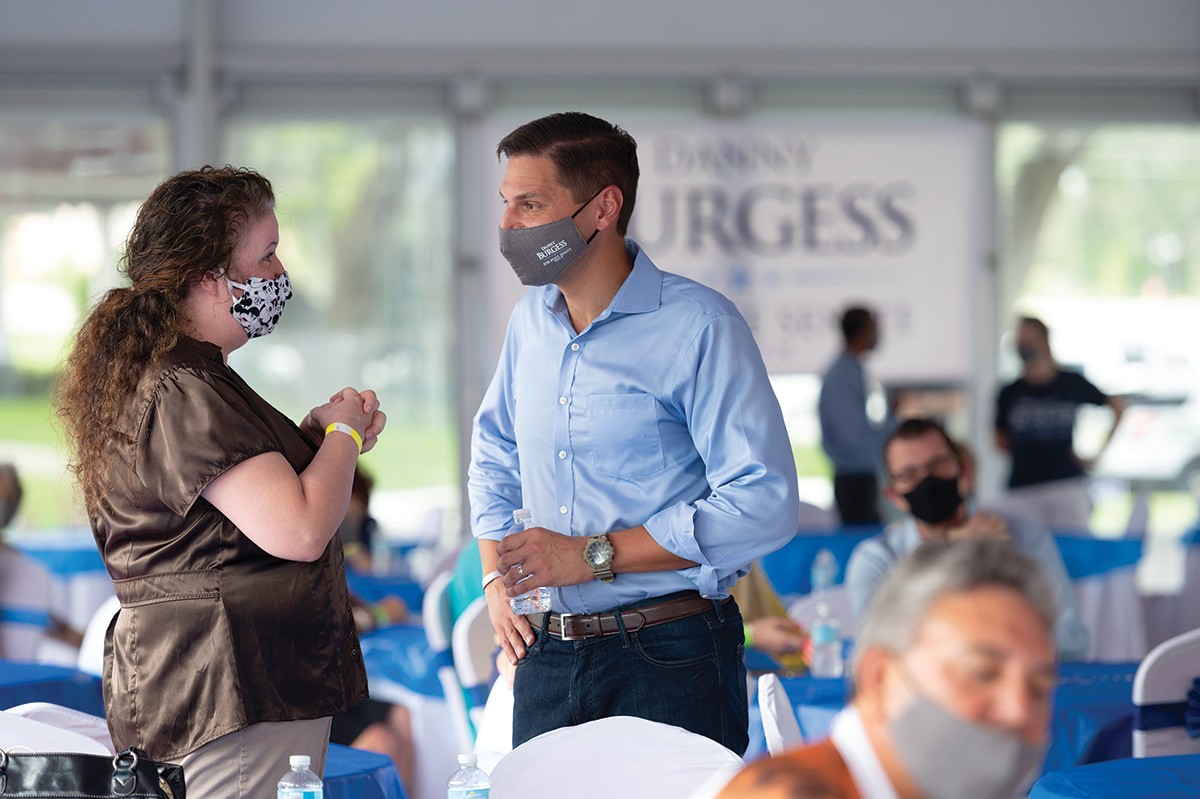 "Florida's really, really on the cusp in leaning in on trying to separate from the pack and really digging in deep on some of these critical issues that I think actually make us the most veteran-friendly state in the nation," says State Sen. Danny Burgess, former executive director, Florida Department of Veterans Affairs. 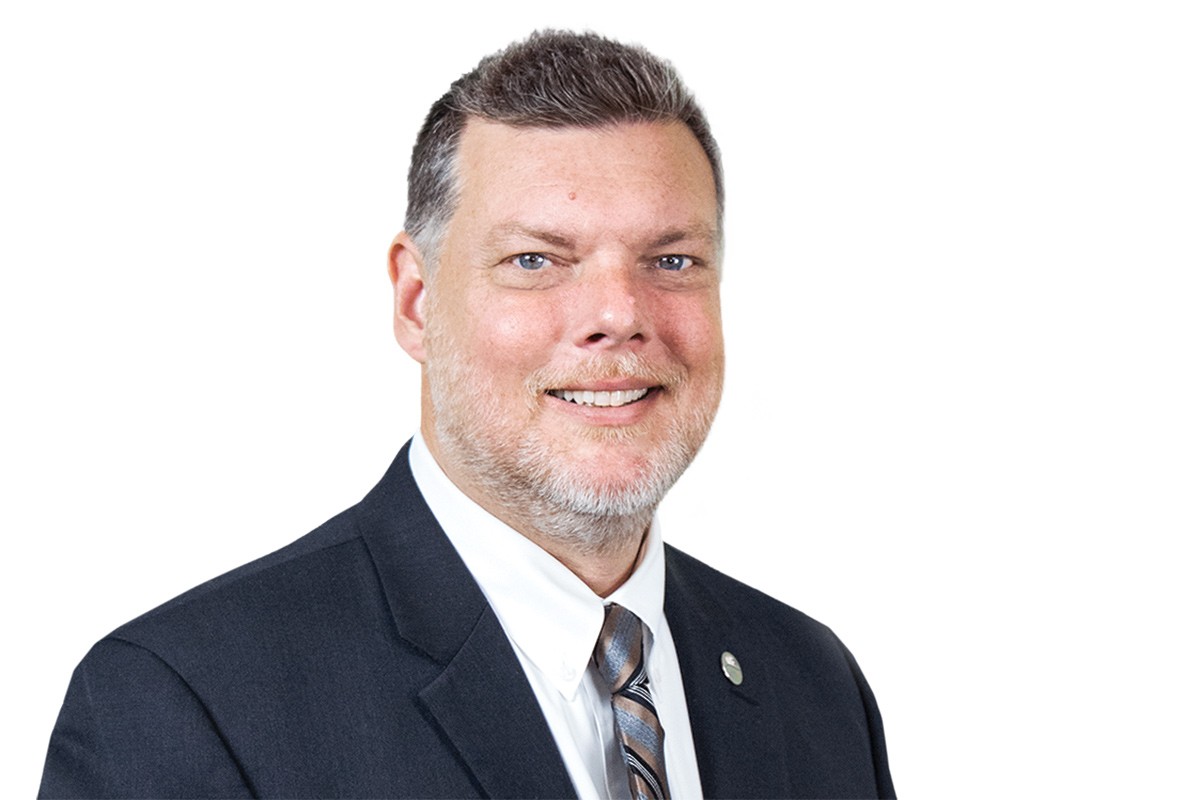 "Military retirement usually means 20 years, so by that point, someone is in their mid-to-late 40s, so they still have the opportunity for a second career," says Joe Marino, executive director, Veterans Florida
< > 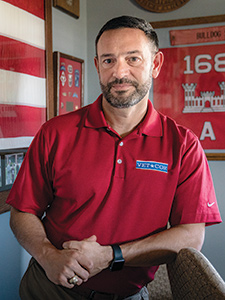 As the population of veterans shrinks, states are competing to attract retired veterans, who bring federal dollars and job skills. Florida is trying to stay at the top of the pack.

Among the major factors that spurred Florida’s growth after World War II was the in-migration of hundreds of thousands of Americans who had trained at the 172 military installations the state hosted during the war. At the height of the war, Camp Blanding, a National Guard training facility 43 miles southwest of Jacksonville, was bigger than all but the three largest cities in Florida, with 55,000 soldiers stationed there.

After the war, many vets returned and put down roots in Florida, and over the next several decades, military retirees flocked here by the hundreds of thousands. Today, about 1.5 million veterans call the state home, including more than 202,000 retirees.

But those ranks are thinning, both in Florida and nationally. As veterans of WWII, Korea, Vietnam and wars in the Middle East die, the number of veterans in the state shrinks by about 2% each year. The U.S. Department of Veterans Affairs predicts that by 2045, Florida will have 853,000 veterans — a 41% decline from the current veteran population.

Those demographics are of no small financial importance to Florida. More than $20 billion in veteran-related federal money flows into Florida each year — in the form of GI Bill education benefits, VA benefits and military pensions. VA spending on Florida’s veterans totaled $15.2 billion in 2019, and the state’s military retirees collected $5.6 billion in federal pension payments in 2018.

Along with federal dollars, veterans bring skills and experience in demand by the state’s employers.

That kind of financial and human capital creates incentives for states to take steps to attract and keep veterans like Paul Huszar.

A West Point graduate who served four combat tours in Iraq, Huszar left the Army in 2013 after 23 years of service. The retired lieutenant colonel and his family settled in Tampa, choosing the city in part because it was close to Sebring, where his in-laws live. The area also offered good public schools, a good job market, nice weather and proximity to a military base.

Huszar now owns and runs a mold and water damage mitigation company in Tampa that’s won a string of smallbusiness awards. He makes a point of hiring other veterans.

“All of my mentors said, ‘Look, there’s two ways to approach retirement. Try to pursue an opportunity and go where that opportunity is or pick quality of life and pick your location,’ ” says Huszar. “There was a time when I was physically gone from my family for four out of seven years when my kids were going through grade school and middle school — so I said, ‘I’ll pick quality of life.’ ”

While Florida’s sunshine and lack of an income tax retain their appeal, other states are targeting vets by moving to improve their economic climates. Last year, Indiana and North Dakota joined 30 other states that don’t tax military pensions. Wisconsin has expanded property tax benefits for disabled veterans and has unveiled a $1.9-million marketing campaign to lure military veterans and their families. Others tout everything from specialty license plates to property tax exemptions to home loan programs created just for veterans.

Florida has beefed up its incentives as well. The Salute Our Soldiers Military Loan Program — unveiled last year by Gov. Ron DeSantis, himself a Navy veteran — offers active-duty military personnel and veterans lower-rate mortgages and down payment assistance with little or no interest. Another DeSantis initiative called Lawyers Assisting Warriors (GI LAW) provides free legal assistance to enlisted members of the military and aims to eventually expand it to veterans.

To help veterans get to work, the state’s Department of Business and Professional Regulation waives fees for state license applications from military personnel, veterans and their spouses for more than 20 professions. Last year, it issued more than 2,400 such waivers amounting to $175,000 in savings. A similar program operated by the Florida Department of Health waives the initial application and fees when veterans and their spouses apply for health profession licenses.

Meanwhile, a state-funded non-profit called Veterans Florida promotes the state to veterans and runs programs to help them transition to civilian life. “We try to communicate with folks who’ve maybe been stationed in Florida in the past, so they know a little bit about Florida already,” says Joe Marino, executive director Veterans Florida.

One hook is jobs. On its Facebook page, Veterans Florida advertises the state’s “booming” cyber-security industry, with 130,000 openings and a $95,000 industry average wage. Other posts tout the state’s $6-billion modeling and simulation industry and its aerospace and manufacturing sectors. The group also provides career-matching services, along with resume and interview preparation, and offers an entrepreneurship program to help veterans launch and grow their own businesses. To date, more than 1,800 veterans have participated in the program, and participants have launched 277 businesses that have generated $59.6 million.

Sen. Danny Burgess, a captain in the Army Reserves in the Judge Advocate General’s Corps who served as the most recent executive director of the Florida Department of Veterans’ Affairs, says the state is working on a number of other services for veterans. “We’re trying to make it the most desirable place to land, but we’re also working with veterans when it comes to their health and wellness and transitions,” Burgess says.

Through a collaboration with the Florida Department of Veterans’ Affairs and the U.S. Department of Veterans Affairs, for instance, the Crisis Center of Tampa Bay operates a peer-to-peer veteran hotline that connects veterans in crisis who call 1-844-MyFLVet or 2-1-1 with certified veteran counselors. And with state funding, the University of South Florida’s College of Public Health is researching alternative treatments — including the role of music therapy, equine therapy and service animals — for PTSD and traumatic brain injury.

The state is also working to fix what Burgess sees as one of the biggest obstacles for veterans: A lack of awareness of what services are available to them. A 2020 report from Florida’s Forward March initiative found that many veterans are unaware of their eligibility for VA benefits. Misconceptions about the VA — including the perception that it’s designed to deny veterans their benefits or that VA health care of today is geared toward an older generation — also create barriers.

“There’s all these great services, all these great organizations, but they don’t do a whole lot of good if the veteran doesn’t know they can access services — so we’re trying to be a conduit and connect those dots,” Burgess says.