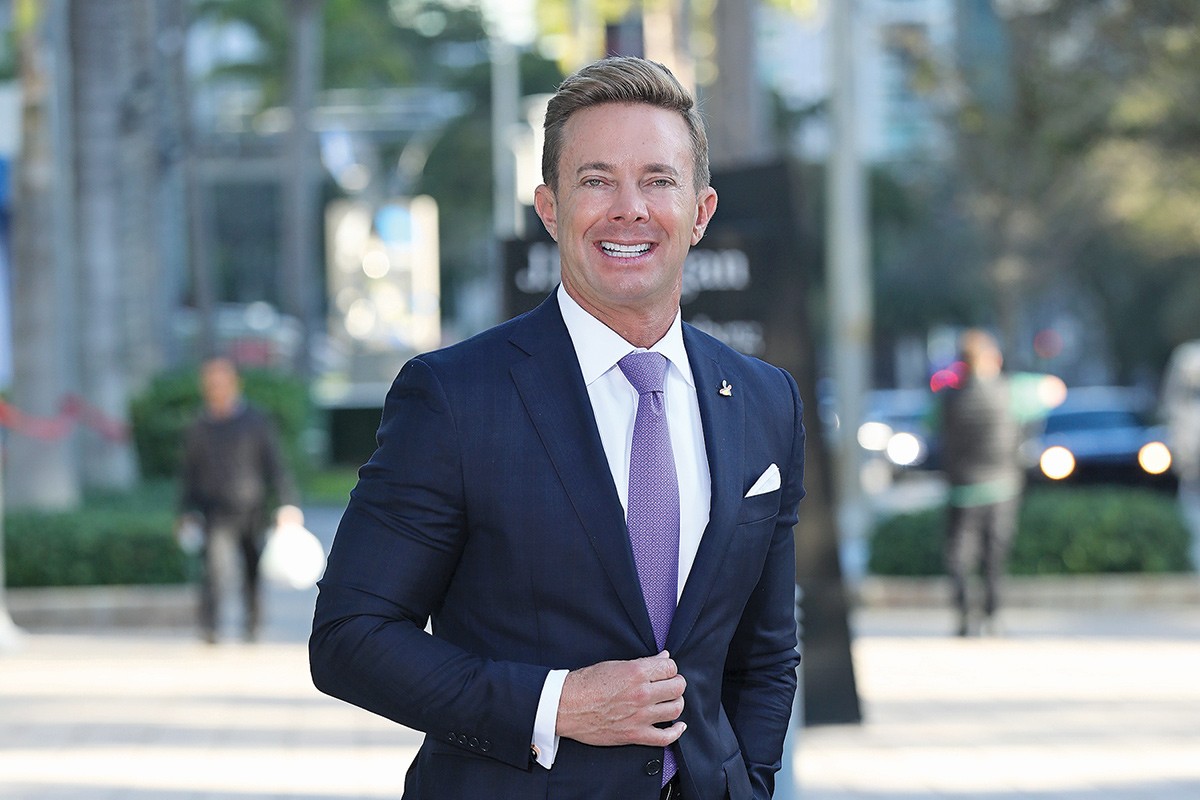 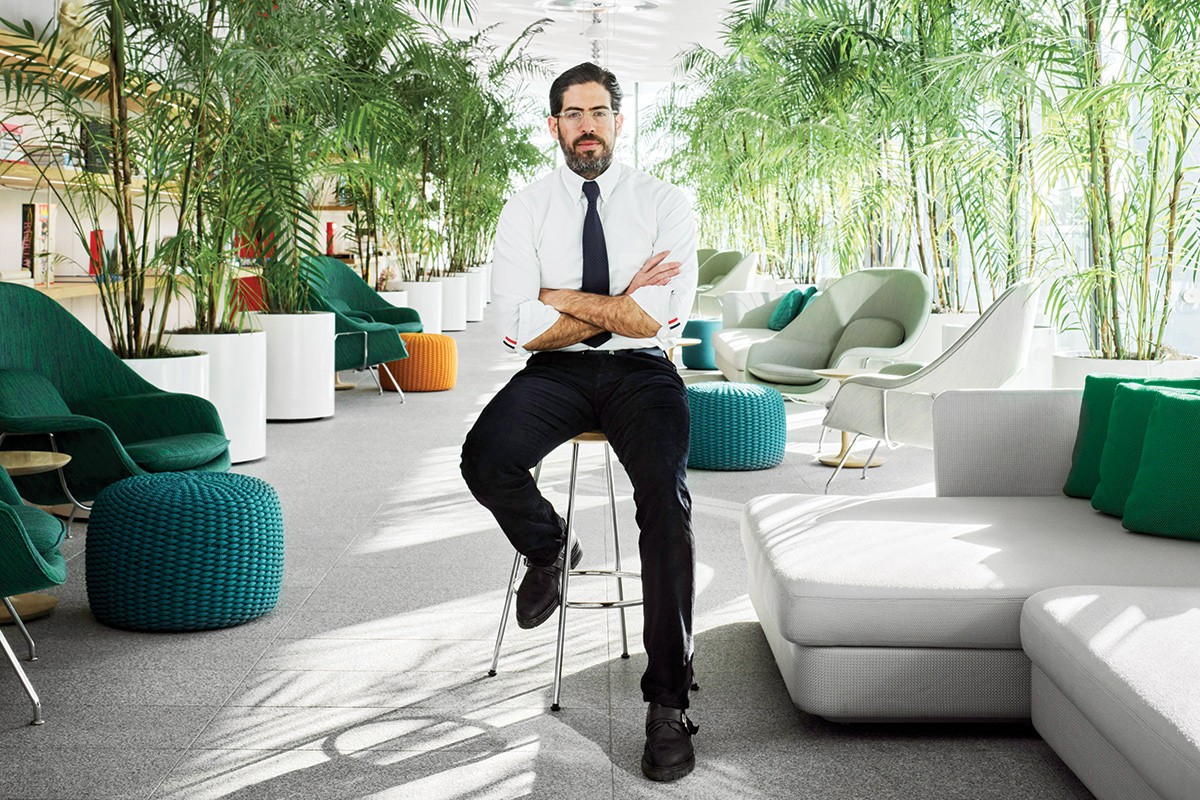 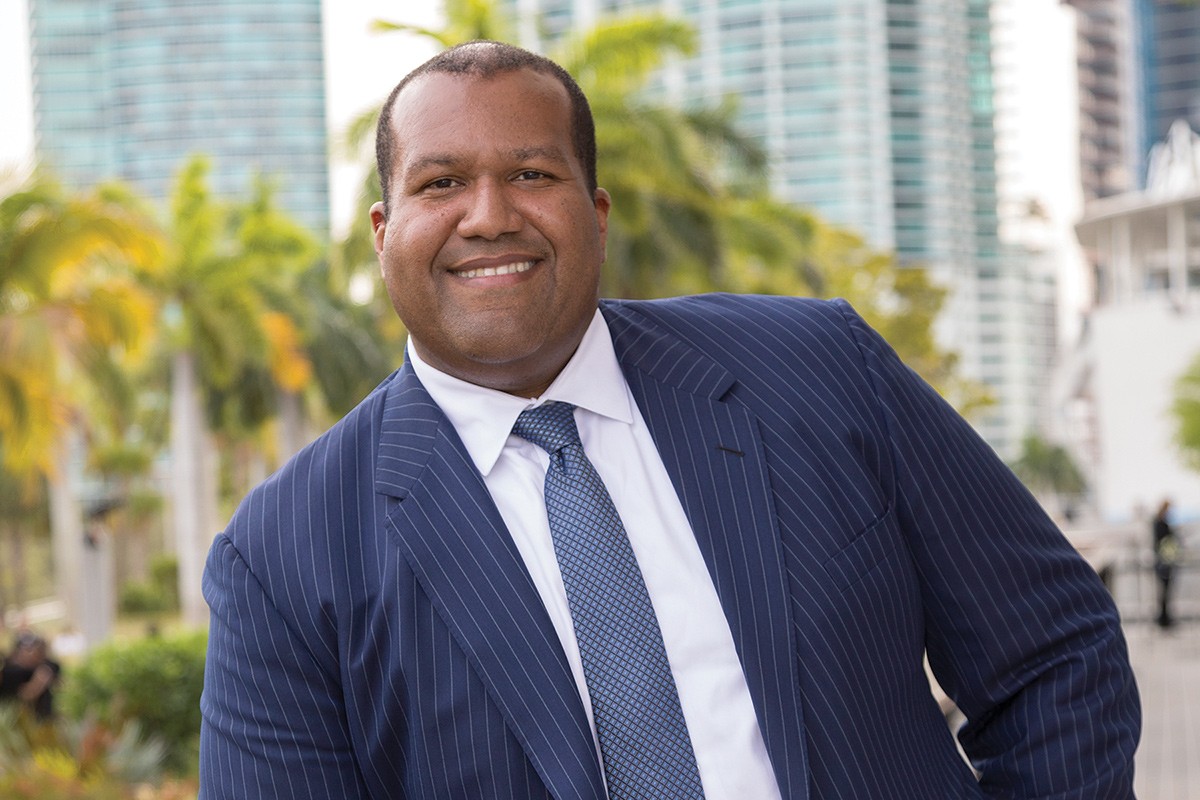 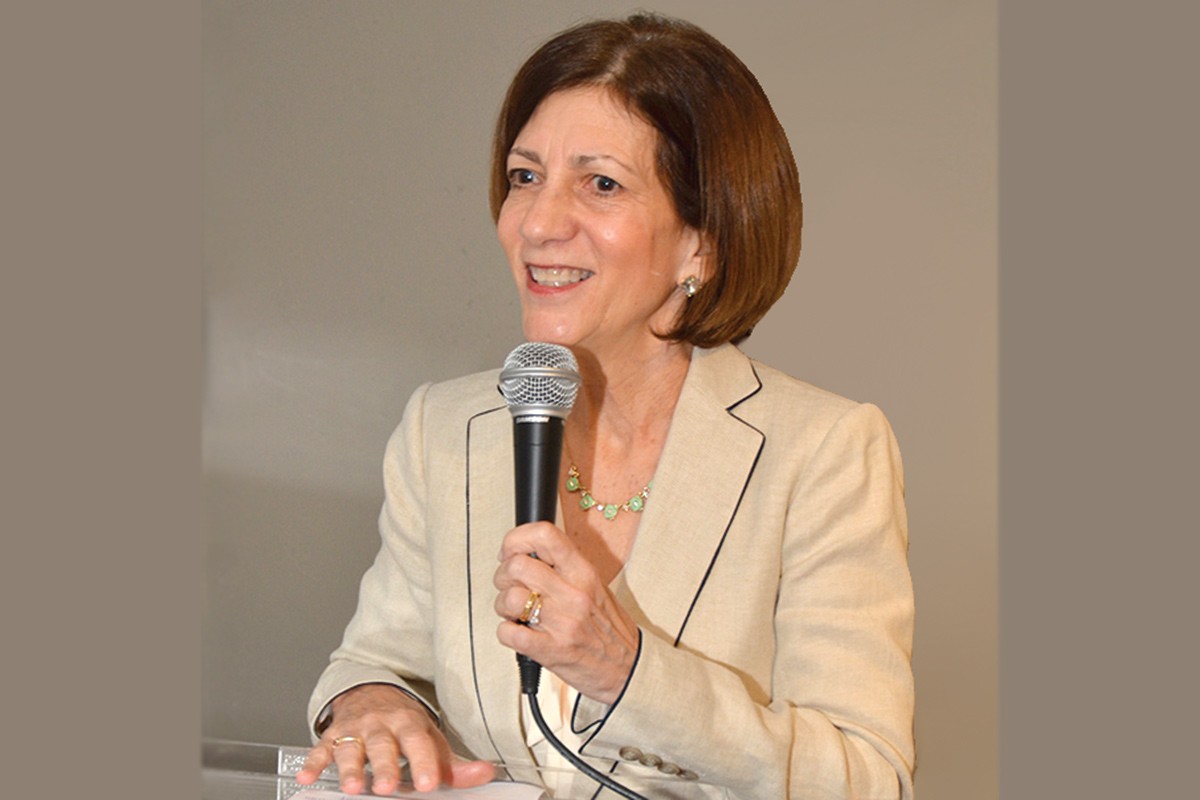 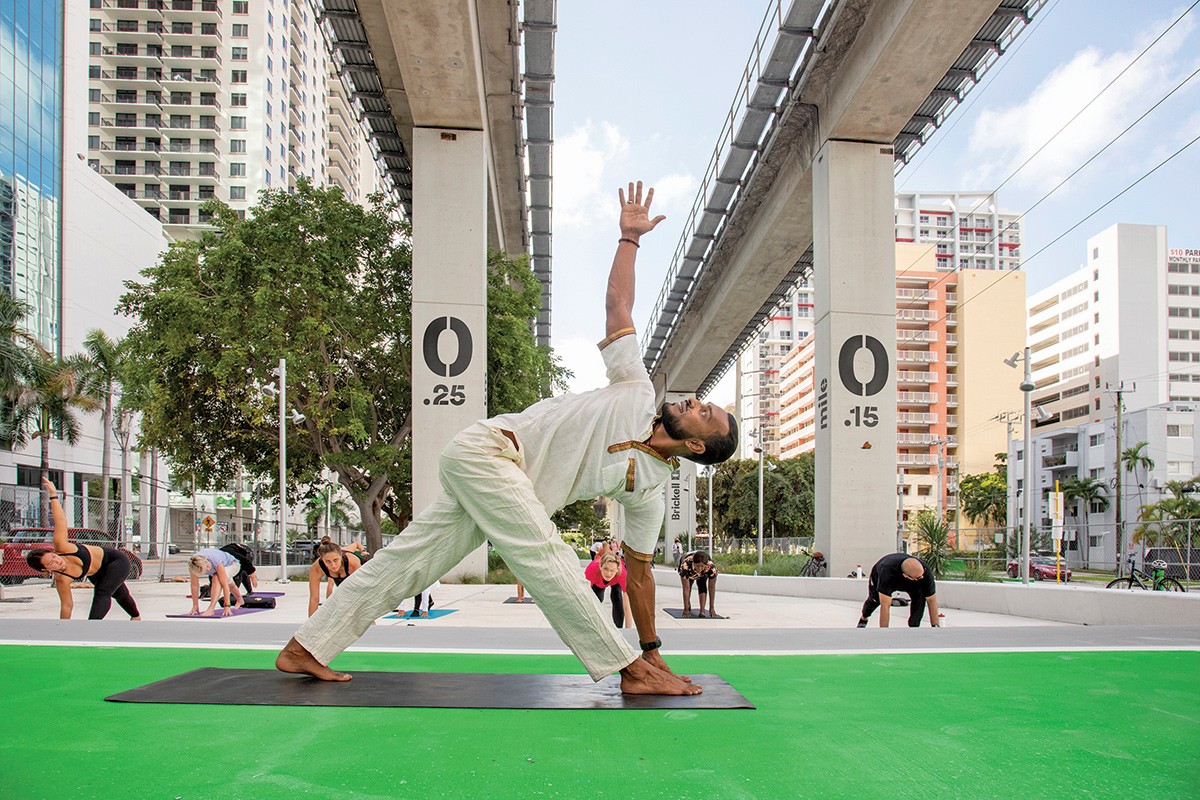 The Underline, a 10-mile plan to turn the land below Miami-Dade County’s Metrorail into a linear park and urban trail, hit a major milestone with the completion of its first section in December. 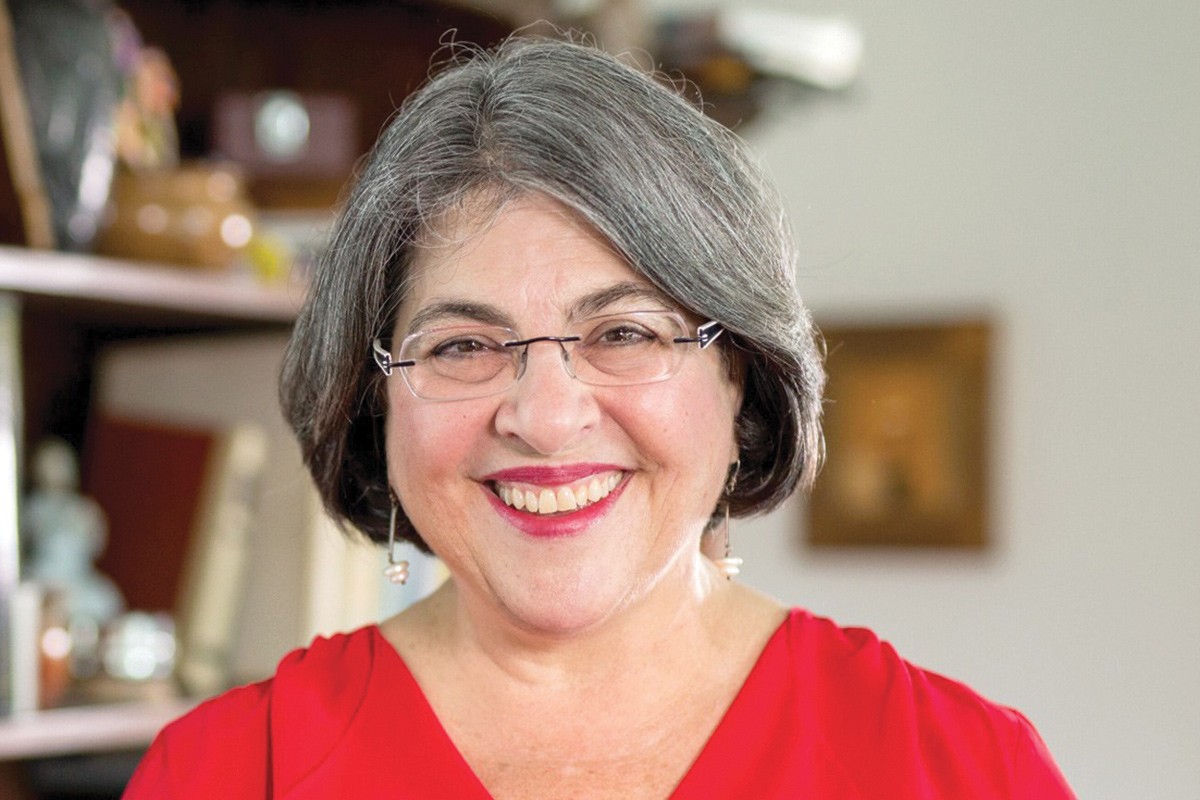 City National Bank is the fifth-largest financial institution based in Florida, with nearly $18 billion in assets. The Miami-based bank recently purchased the naming rights for the former Bank of America tower in downtown Orlando and was one of the country’s most active participants in the Paycheck Protection Program (PPP) and Main Street Lending Program, both created by the federal government to help businesses survive COVID-19.

FLORIDA TREND: How has the pandemic affected commercial lending?

Jorge Gonzalez: “Obviously, sectors like hospitality and some aspects of retail have been hard-hit. But other aspects of the economy continue to perform well — maybe not as well as they did in 2019, but certainly at a level where we feel comfortable deploying capital. We had probably $2 billion in loan deferrals in March or April. We’re now down to about $300 million. That’s a strong indication of how our clients have weathered the storm and are now back in a position where they’re able to service their obligations. The general trend is positive.”

FT: Will the bank continue to expand in Florida?

JG: “Orlando and Tampa are very important growth markets for City National. We like the demographics there. We put our name on top of one of the marquee buildings in downtown Orlando and hired a seasoned group of people to expand the marketplace. Florida continues to be the recipient of a lot of capital flowing in from all over the world, and certainly from all over the U.S. It’s not just about South Florida; it’s about the entire state. We’ve been in Orlando for a while, but we’ve doubled down on our commitment because we think the future of that community is well aligned with where we want to be as the predominant Florida bank.”

FT: What opportunities, if any, has the pandemic created?

JG: “We did probably $2 billion in PPP loans through about 9,000 applicants. We’re going to do about $1.5 billion or so in Main Street loans, as well. We calculated that with our PPP loans, we helped protect about 250,000 jobs. The brand visibility, given our commitment to these programs, has been significant. For a while there, clients viewed banking as maybe a commodity. During a time of crisis, people realized how important it was to have a relationship with a financial institution that was actually deploying resources to an area quickly. I think it helped us build an even stronger bond with clients, and it allowed us to acquire a lot of new relationships. On top of all that, it solidified the engagement of our employees. All of our people felt really good about what they were doing for the community.”

From high-end condos to apartments and warehouses, Miami-based Terra Group has more than $3.1 billion in developments either planned or under construction across Miami-Dade County.

This spring, the company will complete a three-acre public park off the MacArthur Causeway in Miami Beach, marking the first phase of a 333-unit residential project called Canopy Club. Terra also is building a 20-story condo tower with Italy’s Cipriani family in Coconut Grove and will soon begin building Grove Central, a mixeduse transit hub with 400 apartments and a Target store at the Coconut Grove Metrorail station.

Meanwhile, Terra has created a joint venture with Turnberry to develop an 800-room Grand Hyatt hotel next to the Miami Beach Convention Center. In 2018, Miami Beach voters approved the hotel project, which has yet to begin construction.

FLORIDA TREND: What is the status of the convention hotel?

David Martin: “We’re thinking about the convention center and hotel business with a COVID lens. We’ve studied prior shocks, like Sept. 11 and the financial crisis in 2008-09, and how hotels performed. A lot will depend on the vaccination potential and the implementation of a good solid plan that will make people feel comfortable again. We’re evaluating the appropriate timing from a capital markets and financing perspective, but we will deliver this convention center hotel for the city of Miami Beach and its residents. The goal is to be able to deliver at the right time for the city and financial markets. I do believe we’ll recover, and we’ll build this hotel.”

FT: Has the pandemic caused you to rethink your development portfolio?

DM: “From a strategic point of view, our firm has a much more robust pipeline of logistics and light-industrial projects. We have some developments in Hialeah and Miami Lakes. In our residential communities, we’re investing in airquality improvements throughout our buildings and upgrading our technology. We’ve also looked at our suburban neighborhoods a little closer to try to deliver some of the walkability and conveniences that exist in an urban neighborhood, whether it’s new retail offerings or new housing typologies. And I’m still a believer in grocery-anchored neighborhood centers. We’ve seen a huge suffering in the restaurant industry, but these restaurateurs will come back with new ideas.”

FT: How do you see the future of mass transit?

DM: “Transit is a very important factor in how our neighborhoods and communities are connected. We’ll continue to develop transit-oriented projects. I’m on the board of the Miami Underline, and their thing is how do we make these transit hubs amazing places to be and interact. I think that ridership will improve as we beautify and create better spaces for people to live and do commerce around these stations.”

Davis is a corporate and securities attorney focused on domestic and cross-border mergers and acquisitions, capital markets transactions and large financings. He’s co-founder and general counsel of Miami’s eMerge Americas global technology conference and a former chairman of the Miami-Dade Beacon Council.

Jaret Davis: “Generally speaking, the investment community has been fairly active. Second-quarter data show that the number of deals actually went up relative to last year. Now, deal values slightly decreased. A greater number of deals are being done, but the aggregate valuations are lower. This makes sense because it’s a buyer’s market. Investors are able to negotiate lower valuations. We’re also seeing an uptick in corporate ventures, which are investments in startups by the largest corporate players in their industries. That’s a very positive development because it’s the final evolution when it comes to Florida and South Florida investment. The most powerful corporate players are starting to open up their investment funds.”

FT: What types of startups are getting funding?

JD: “The industries that are seeing the greatest growth are probably biotech and health care. MDLive, a tele-health provider in South Florida, did a $75-million raise with a $1-billion valuation. We’re also seeing activity in fin-tech and in business productivity.”

JD: “I think it will be very positive. This isn’t meant to be a political comment, but there’s a strong sentiment within the VC community that a great deal of President-elect Biden’s plans will require startups and entrepreneurship to accomplish, whether it’s clean energy or health care reforms. Any time you have a disruptive force that is temporary, it’s good for technology because it forces people to rethink prior ways of doing business or living life.”

In the five months after the coronavirus shutdown began last March, Miami- Dade County hotels and restaurants lost about $2 billion in sales, according to a study by Florida International University’s Chaplin School of Hospitality and Tourism Management. As of August, hospitality employment levels were down 24% from the previous year, leading to $1.2 billion in lost income for workers, the study found.

FLORIDA TREND: How are things looking for Miami hotels?

Wendy Kallergis: “It’s really tough, but it’s getting better. More hotels are opening up, and we’re hopeful that all the employees will be back in the first quarter. Every week is better than the last week. We just have to continue to be safe and wear masks.”

FT: Will the market return to prepandemic levels in 2021?

WK: “There’s a lot of concern over the first half of 2021. We hope we can get back by the end of the year. It’s just about getting through the next six to nine months. We’re definitely going to benefit from the weather up north. We’ll do well around the holidays, and it’ll be interesting to see how spring break goes. The Miami Beach Convention Center has announced that the Aesthetic Society will host a conference in April. We get excited about one convention right now.”

FT: What types of hotels are recovering the fastest?

WK: “Miami Beach is doing the best. When the beaches reopened, you saw an increase in occupancy, especially on the weekends. Luxury hotels also are doing well. The big nut to crack is the corporate meetings market. So many companies have travel bans for their employees. The large properties that do big group meetings are going to struggle more than the leisure, luxury and boutique hotels. We have to really, really keep an eye on the virus. It’s all about that.”